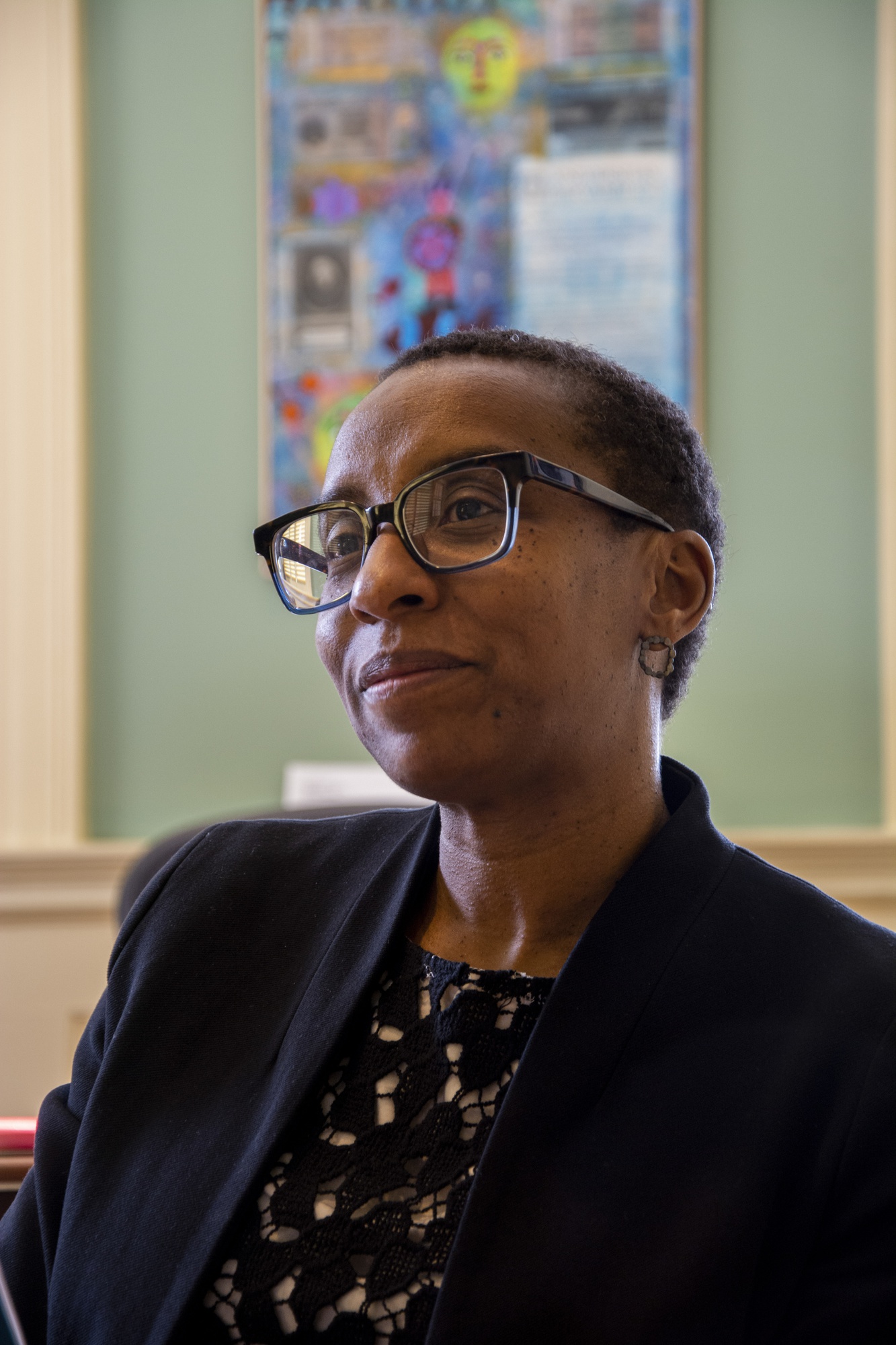 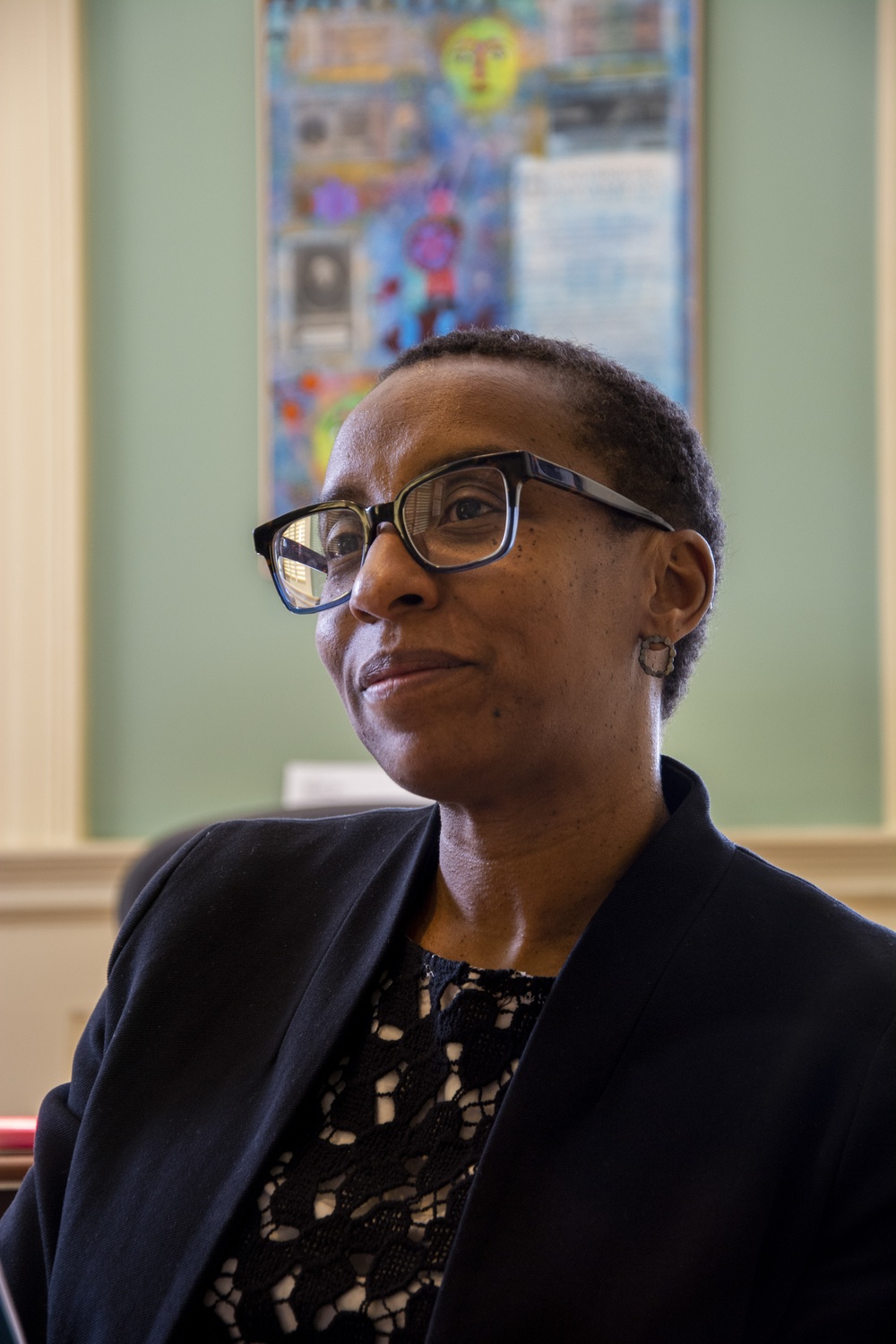 Claudine Gay, the Dean of Faculty of Arts and Sciences, calls Ron Sullivan's response to student concern over his decision to defend Harvey Weinstein "insufficient." By Jocelyn Wang

Sullivan, who has defended several high-profile figures in his career, including accused murderer and former New England Patriots tight end Aaron Hernandez, made national headlines last month when he announced he will represent Weinstein. The film producer is currently facing five charges of sexual assault, including rape, in New York District Court.

Sullivan’s decision to defend Weinstein has sparked anger and public condemnation from students, including a Monday protest and a petition signed by more than 160 Harvard affiliates. He has also come under fire for his public support of Economics Professor Roland G. Fryer, Jr., who is currently facing allegations of sexual harassment.

Sullivan criticized Harvard’s investigation into Fryer in a Jan. 29 RealClearInvestigations article, which refers to Sullivan as Fryer’s lawyer, calling the process “deeply flawed and deeply unfair.”

Days after the announcement that he would serve on Weinstein’s legal team, Sullivan sent a 1,200-word email to Winthrop residents centered on the importance of defending the “unpopular defendant.” A few days later, Sullivan sent another email to House affiliates directing them to Winthrop Resident Dean Linda D. M. Chavers as the house’s “point person” for sexual misconduct issues.

“When we think about the faculty dean role, part of it is the faculty dean as an educator, someone that’s helping to connect students to, frankly, the excitement of intellectual and academic life,” Gay said. “But there’s also a pastoral role, sort of an expectation of a special responsibility to the well-being of the students who are part of the community.”

“I’m just very committed to making sure that those who hold that role inhabit all of the responsibilities as fully and effectively as we expect them to,” Gay said.

Sullivan did not immediately respond to a request for comment Monday night.

Gay said neither administrators nor students question Weinstein’s right to adequate counsel, but rather that the “discussion on campus” has centered around the “impact” of Sullivan’s decision on Winthrop students.

“I feel like the intensity of the response, in some ways, is just this incredibly powerful reminder of the important role of the faculty dean in the life of the College, and in some ways kind of a reaffirmation of the importance of that role,” she said. “I think that students depend on their faculty deans. They really need them.”

Gay added that Dean of the College Rakesh Khurana has spoken directly with Sullivan about his obligations to Winthrop affiliates and the “additional work” he must do to fulfill those obligations. Khurana wrote in an emailed statement Monday that he, too, is “committed” to ensuring house administrators fulfill their “critically important role in our community.”

“Over the past week, I, along with my leadership team, have been actively engaged with the Winthrop House residential staff,” Khurana wrote. “I have also met with Professor Sullivan to discuss his responsibilities to the House and have communicated that the College believes that more work must be done to uphold our commitment to the well-being of our students.”

Asked whether she has doubts about Sullivan’s ability to fulfill his role as faculty dean — a position he has held since 2009 — Gay said the steps Sullivan has taken since his conversation with Khurana are “promising.”

“The fact that the level of upset has not declined, and in fact has only grown suggests that those steps were still insufficient and there’s more work that needs to be done,” Gay said. “I am hopeful that Professor Sullivan is prepared to be a partner in that work.”

“We’ll see what happens next,” she added.