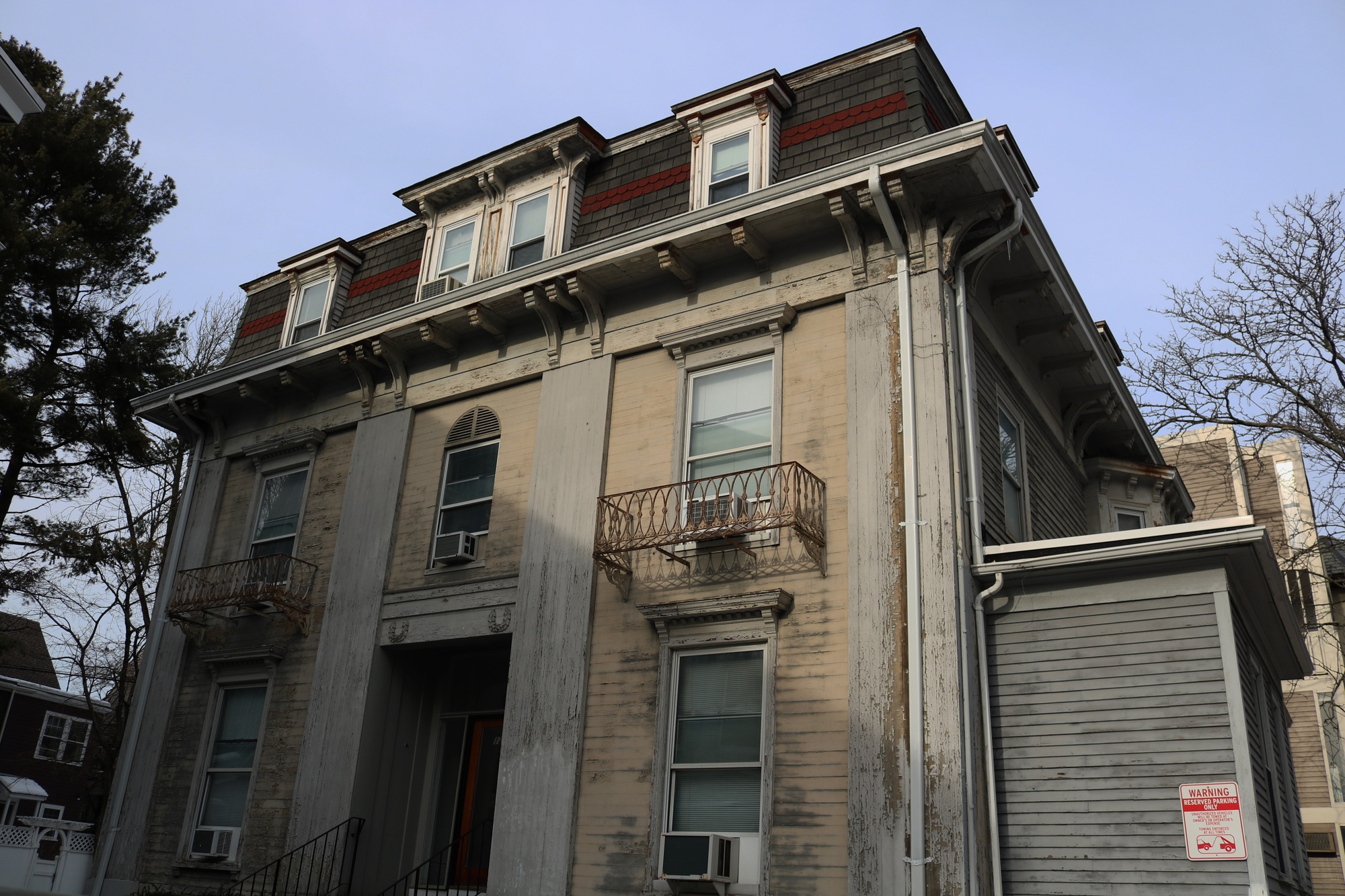 Near Brattle Square lies the home of Harriet A. Jacobs, a renowned author, teacher, and activist in the 1800s.
Advertisement
Advertisement

While the house currently serves as the Cambridge Center for Adult Education, few know that 56 Brattle St. was once the residence of Mary Walker, a woman who was born into slavery in 1818, escaped from bondage, and later lived in the house with her family for 42 years.
By Maya S. Bhagat and Winona H. Guo

56 Brattle St. looks like any other house near Harvard Square. It is painted light yellow and faces away from the street, shutters open but curtains drawn. While the house currently serves as the Cambridge Center for Adult Education, few know that 56 Brattle St. was once the residence of Mary Walker, a woman who was born into slavery in 1818, escaped from bondage, and later lived in the house with her family for 42 years.

When we visited the site, the employees we spoke to had never heard of Mary Walker. No obvious marker documents the building’s place in Cambridge history. Yet the house has found a spot on the map of the African American Trail Project, a Tufts University public history initiative that plots African American, Black Native, and diasporic historical sites around Massachusetts. Public history refers to historical knowledge created for those outside of specialized, solely academic settings.

“A number of the sites on the map do not actually have a marker of any kind. Some places there's no building, there's not even a plaque,” says Kendra T. Field, director of the Center for the Study of Race and Democracy at Tufts University and a leader of the Trail Project. “Part of what we're trying to do by including those types of sites is [to] spark questions for students and for others — about the places in which we find ourselves, the assumptions we make about these places — and [to] set people off on a journey to learn more.” 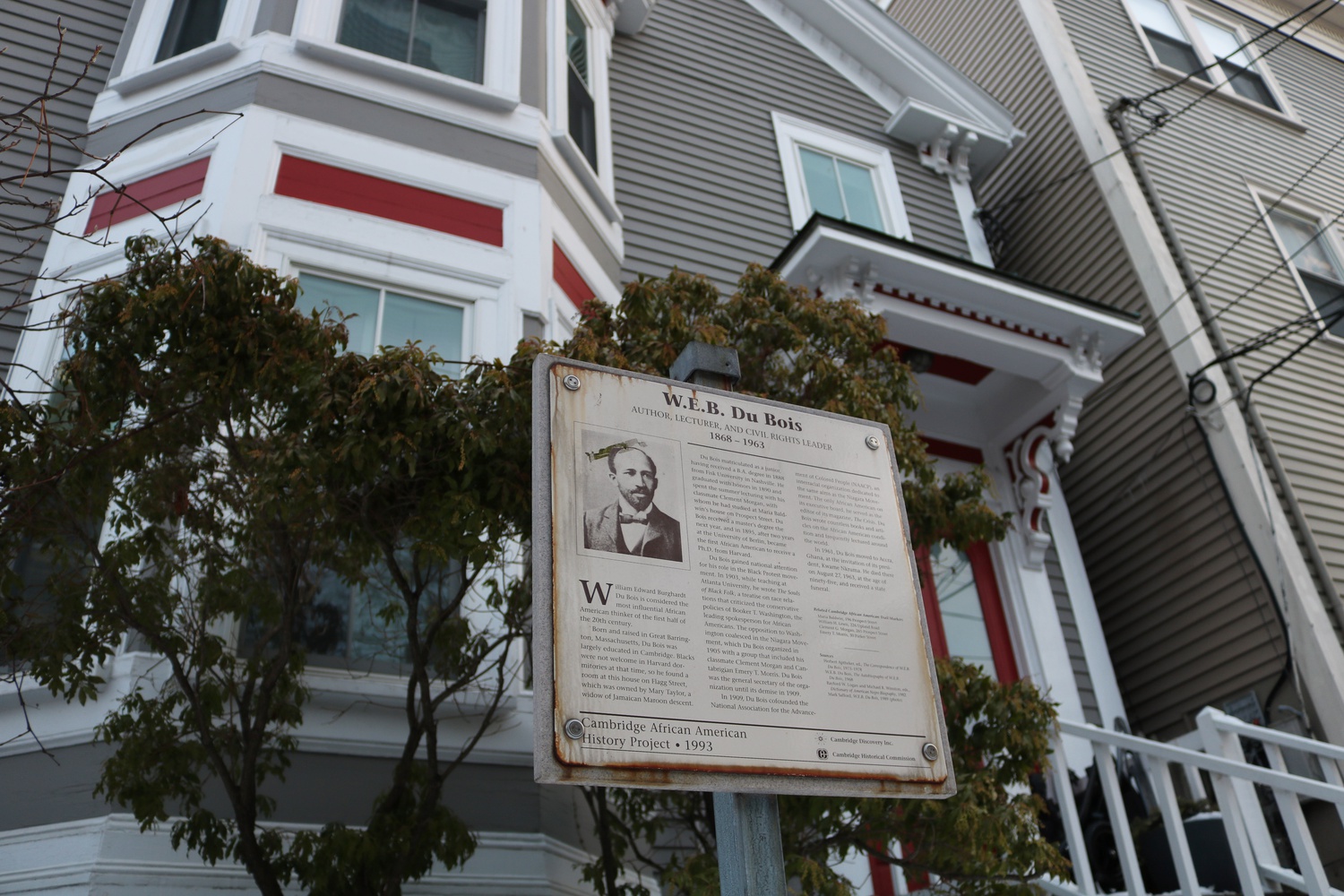 Located in Cambridge, MA is the home of W.E.B. Du Bois, a famed intellect and the first black recipient of a Harvard doctorate degree in History. By Jonathan G. Yuan

The African American Trail Project aims to use historical sites to examine contemporary social movements. The project was the brainchild of the late Professor Gerald R. Gill, who studied 20th century African American history and often spoke about creating a 'Tufts Black Freedom Trail', an idea later realized and now co-directed by his colleagues Field and Dr. Kerri Greenidge.

At first encounter, this historical walking tour may seem similar to Boston’s Freedom Trail. “The Freedom Trail that's focused on the Revolutionary War, and many other sites in Boston, lend themselves to a growing appetite for public history,” Field says. “I think it was all the more glaring that there wasn't a thorough-going effort to catalog the centrality of African-descended women and men and children to the making of this place.”

Unlike the Freedom Trail, the Trail Project is entirely self-guided — there are no options for tour guides or ticket prices. Participants can scroll through an interactive online map of more than 200 sites covering history ranging from the 17th to 21st century, and they can even email suggestions for new sites and stories to share. While paper trail maps are available on request, the digital focus of the project reflects its vision of an evolving and interactive interface.

“Our idea with the map was not to have a neat trail with placards that people go follow sequentially,” says Mary A. McNeil, a Harvard Ph.D. candidate in American Studies who helped to develop the program. “That’s where it differs from other trails. Our map and our trail is really a resource that we want folks to interface with as they will and as they want.”

The map provides a more personal exploration. Field hopes that reading about the various sites will prompt visitors to connect to their family stories and genealogy. For McNeil, the project is a reminder of her own Afro-Native heritage. “I think this project is very much me… My family is black and Wampanoag,” she says. “We can’t tell a story about a city that was so formative to the creation of a settler colonial nation, and not honor and respect the people who this land belongs to. We can’t fully tell the history of this city’s black community without thinking about the ways in which African descendants and Native American communities came together during certain moments. It’s always been a super central concern of the project.” 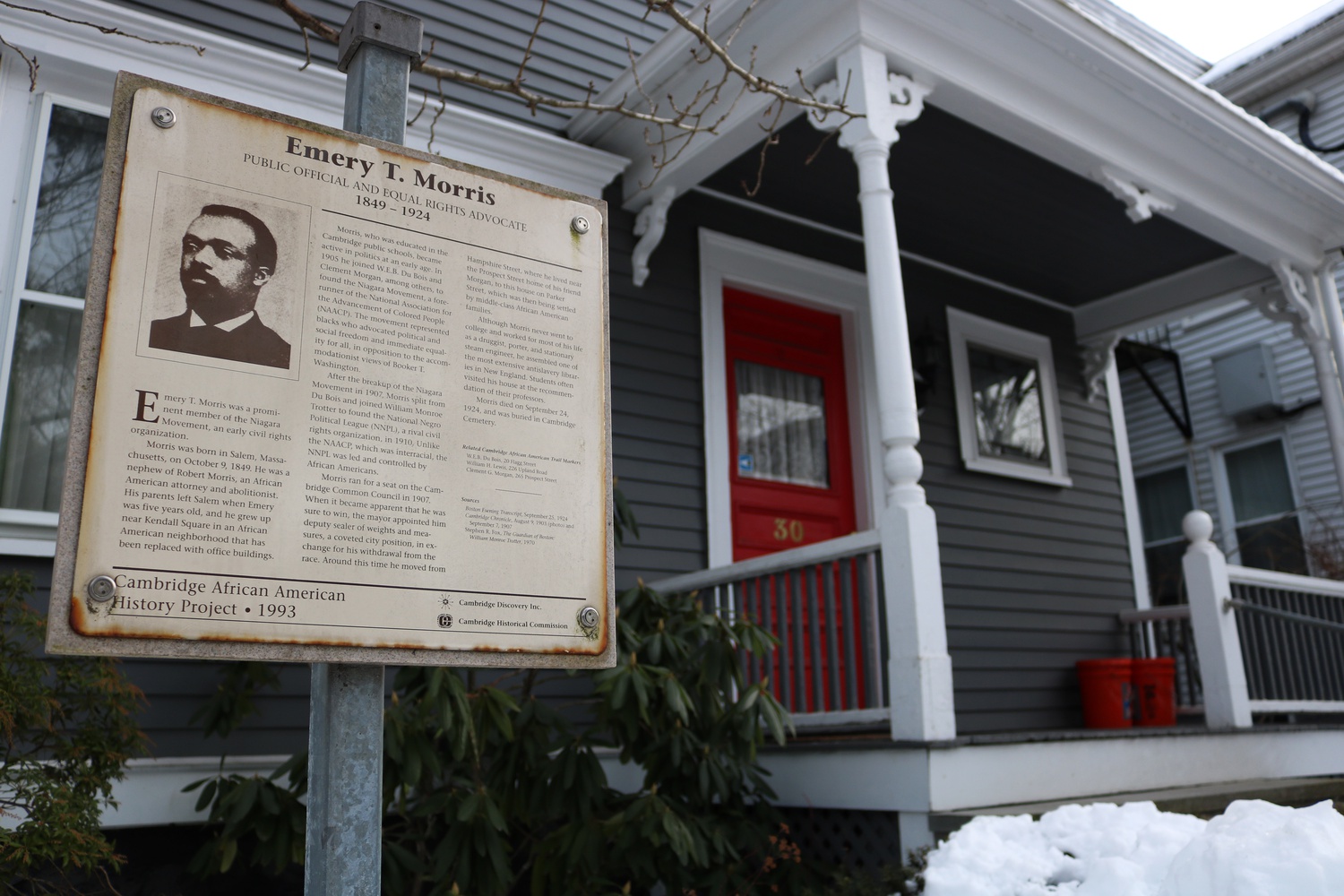 A renovated house near the Radcliffe Quadrangle was the headquarters of Emery T. Morris, who was an activist and leader in the Cambridge area. By Jonathan G. Yuan
Advertisement

The idea of an alternative to the Freedom Trail is not unprecedented; the Beacon Hill Black Heritage Trail and the Upper Housatonic Trail Project have their own historical tours. Historical walking tours from Harvard include that of Professor of American History, Jill Lepore, who leads a historical walking tour of Boston and Cambridge as part of her Humanities 10a class.

“One aim [of the tour] is to look at what remains — what buildings survive — and what don’t, and why. The official Freedom Trail is a product of a particular moment in the history of heritage tourism,” Lepore says. “The research behind a lot of these newer trails is often just incredible, and so important. But my own walking tour isn’t segregated in that way; it’s not a women’s history tour or an African American history tour or a ‘Freedom Trail.’ It’s an excavation of the layers of history.”

In the recent past, the African American Trail Project’s intervention in public history has also inspired student activism on and off college campuses. In 2015, Tufts students led the Three Percent Rally, demanding an end to systemic racism in the university system. It highlighted the fact that low percentages of Tufts students and faculty were black at the time of the rally. “One of the things we did with this project was to expose people to who were the earliest African and African American students on this campus, what were their lives like, and what did they fight for when they were here,” Field says.

College students bear particular responsibility for using lessons learned from history to fuel social advocacy, says Field. “Institutions of higher education are very transient in terms of their population, so students are only there for, perhaps, four years. It creates all the more need for actively building historical memory, in order to see one's place within a trajectory and learn from past struggles,” she says. “I think this is a moment in which we can choose to pay attention to the past or we can choose not to.”