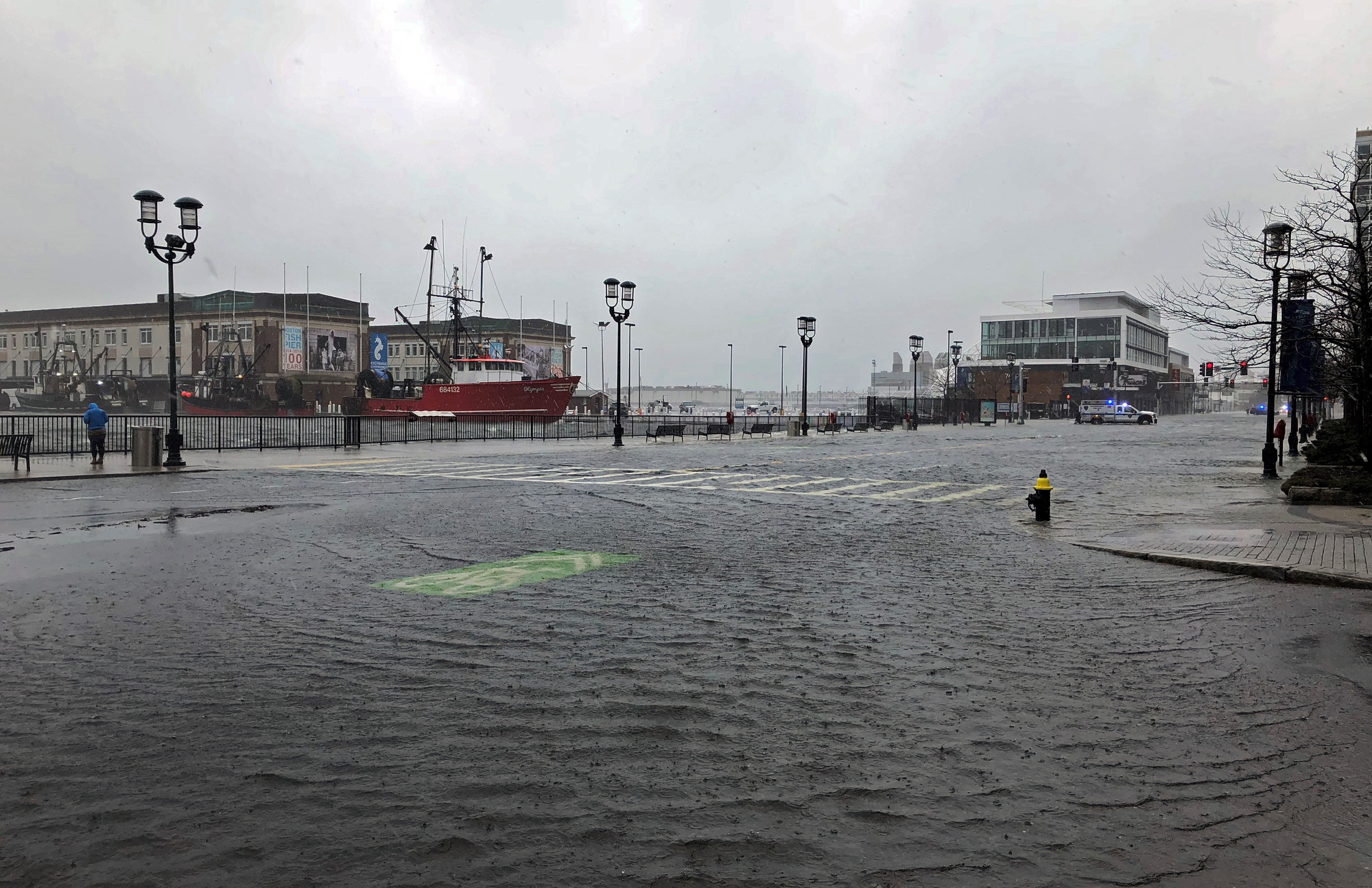 Michael T. Wilson ’07 has spent a lot of time thinking about unexpected coastal disasters like the 2018 Boston flooding.
By Maya H. McDougall

In winter 2018, the streets of Boston looked more like rivers than roads. That year, Boston tides reached heights not recorded since 1920, overflowing the Charles River Dam and causing major coastal flooding. This unexpected deluge, caused by a massive coastal storm, was a wake-up call for the city, demanding that Boston re-evaluate its existing infrastructure.

Michael T. Wilson ’07 has spent a lot of time thinking about unexpected coastal disasters like the 2018 Boston flooding. He earned a Master's Degree of Urban Planning and Landscape Architecture from Harvard’s Graduate School of Design in 2011, and seven years before the floods, he wrote his graduate thesis on Boston’s rising sea levels. In his thesis, he called for the creation of “green infrastructure,” such as wetlands or marshes, instead of the traditional seawalls and dams that proved inadequate in 2018. Now a doctoral student at MIT’s Department of Urban Studies and Planning, he continues to promote adaptable designs as a way of confronting climate risk. 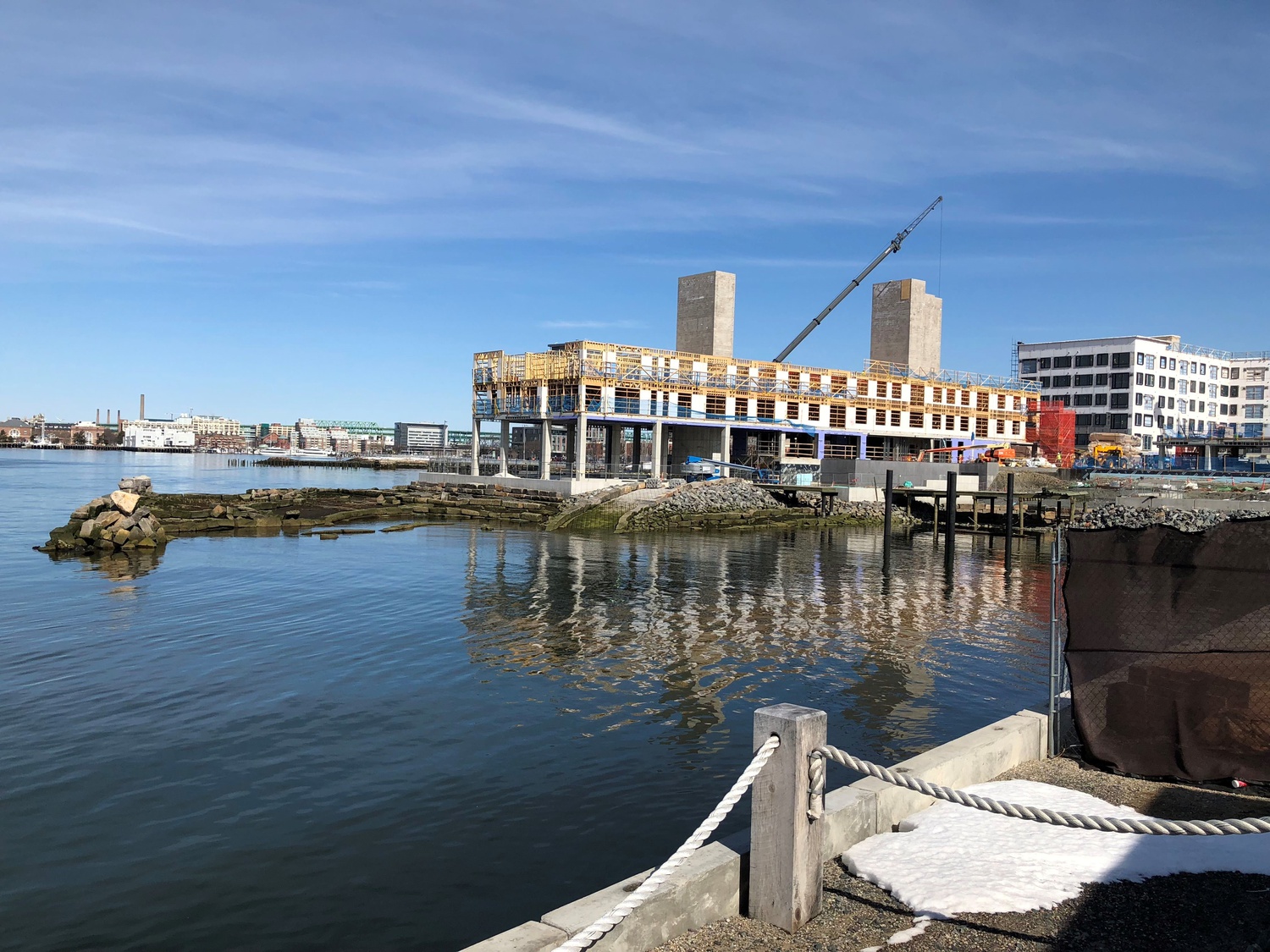 The Clippership Wharf, a project that transformed an underutilized section of East Boston, was under construction in March 2018. By Courtesy of Michael T. Wilson

Fifteen Minutes: You’ve been described as a proponent of “soft engineering” solutions for rising sea levels in the Boston Harbor. What does that mean?

Michael Wilson: What we wanted to look at [were] alternatives to a “grey solution.” Part of that was [asking], “How do you maintain flexibility in these coastal protection investments over time without going for broke?” [Soft engineering solutions] are adaptable and some of them [can] continue to morph and change with the climate and sea-level rise. You can restore habitat, you can provide open spaces, general visual prettiness, people can connect to the harbor.

FM: What exactly is green infrastructure?

MW: Some people call it building with nature, ecosystem-based services, that sort of thing. It’s using a hybridized version of nature that has certain human performance criteria.

MW: It usually means that it involves rock and concrete — traditional civil engineering.

FM: So, are you against sea walls?

MW: I hate ‘em! No. Not at all. They definitely have their place. You do a cost-benefit analysis. Green infrastructure is obviously a lot harder to value. Sometimes the costs are really uncertain –– we're really good at building walls, we're not great at building marshes. It’s not so much that one’s right and the other is wrong or anything like that. It’s a suite of tools that can be broadened.

MW: After grad school I went to work for Michael Van Valkenburgh Associates down in New York City. It was me trying to go through my “just-out-of-grad-school” branding exercise. Climatecture is something I made up.

MW: One or two people may have used it along the way, so I’m not, like, trademarking it. The practice is at the intersection of landscape architecture, urban planning, and climate risk. It’s an overlapping Venn diagram, and I decided “climatecture” was in the middle.

FM: Are the principles of climatecture being put into action?

MW: I would say there are a bunch of places where living shorelines and green infrastructure [are] starting to take hold. Brooklyn Bridge Park is a great example. It bounced back really well post-Sandy, and there’s some other places like that.

FM: Are people generally in favor of green infrastructure?

FM: What are the limits of green infrastructure? Will sea levels rise eventually?

MW: That is absolutely a potential scenario. It is much worse than where we were supposed to be already. Everybody’s acutely aware that you're operating under these conditions of what’s called deep uncertainty, which is that you don’t even know what the variables are or what their probability is or how to characterize them at all, but you still have to plan for them. That’s sort of where the green soft solutions start to shine a bit more than the grey. The grey you have a lot of past dependency and you get locked into a certain future because of the investments you put in place.

FM: What are some other considerations in developing green infrastructure?

MW: One of the biggest concerns for grey and green is that we need to be thinking about environmental justice. There are real people who have real lives at stake and disruption is more than just losing a piece of critical infrastructure… These are also political and cultural and social investment questions. They’re not just purely economic. If you’re planning on carbon-free Boston 2050, what does the future of the city look like? It’s not just, how do we protect the assets of today in the future?