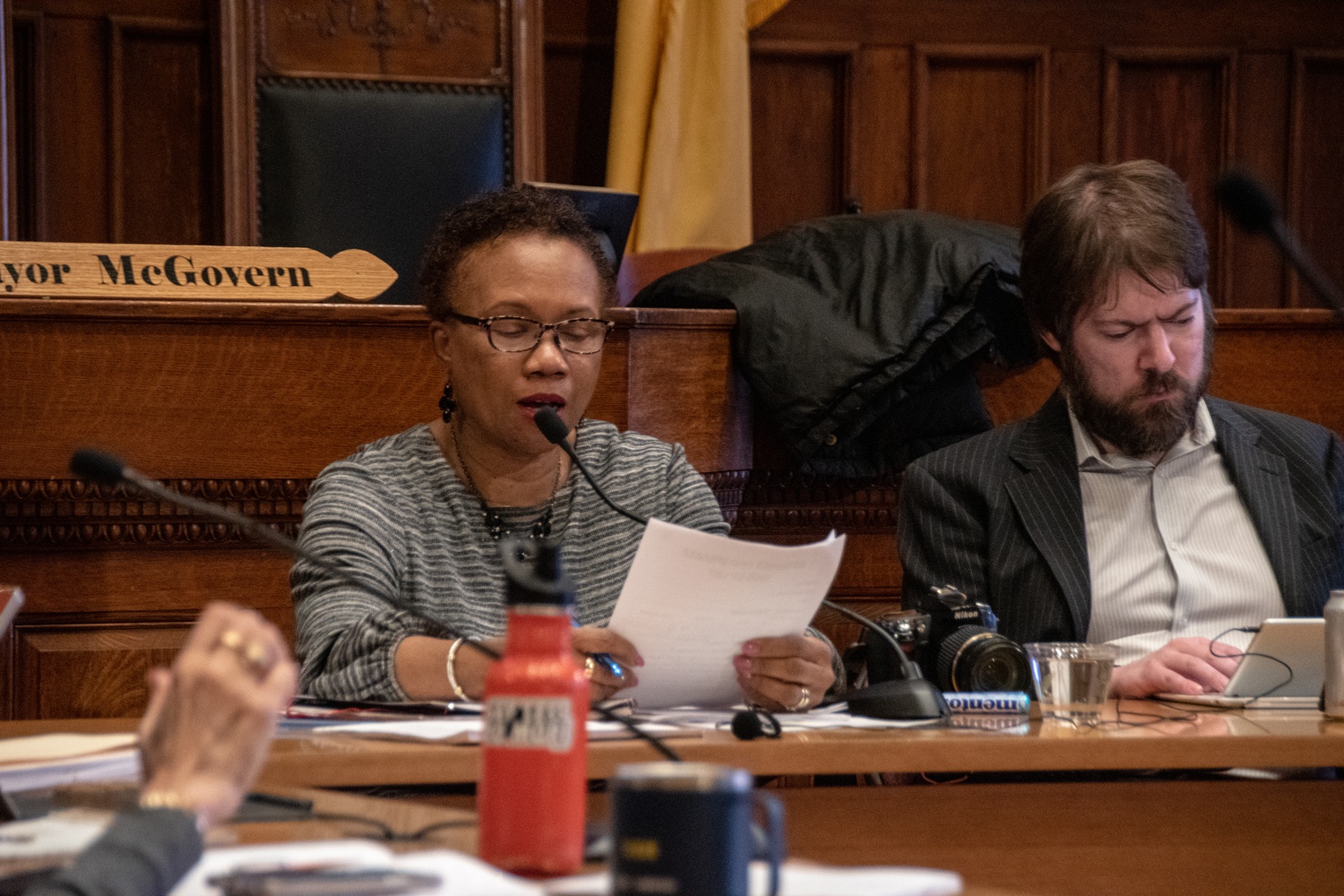 The Cambridge City Council took the first step to pass an amendment to its surveillance ordinance to ban the use of facial recognition city-wide during its annual summer meeting Tuesday.

The council voted unanimously to forward the amendment, which was introduced by Cambridge City Mayor Marc C. McGovern, to the Public Safety Committee for a hearing in the coming months.

The proposed amendment states that the use of facial recognition surveillance technology can have a “chilling effect” on constitutional rights and typically have error rates that disproportionately affect racial minorities. The amendment argues that the “potential threats” to residents’ civil rights and civil liberties warrant an outright ban of facial recognition technology. The Somerville City Council passed a similar law in June.

If passed, the amendment will be added to a surveillance ordinance passed in December that requires the city manager to gain approval from the city council before acquiring or using new surveillance technologies.

In a July interview, McGovern said he has worked with many government officials and the American Civil Liberties Union of Massachusetts to ensure public safety is “not compromised” in surveillance laws.

The ACLU of Massachusetts wrote in a statement Tuesday that it is grateful for the city council's efforts to ban facial recognition surveillance technology.

“People should be able to walk around Cambridge, attend protests, seek medical treatment, and visit friends and family without worrying that government agencies are keeping tabs on their every movement,” wrote Kade Crockford, the organization's director of its Technology for Liberty program.

At Tuesday's meeting, which did not conclude until midnight, the council also discussed the ongoing process to regulate recreational marijuana shop permitting in Cambridge. The council picked up discussion from a June Ordinance Committee meeting, during which they debated two opposing amendments — one introduced by Councilor E. Denise Simmons and another by Councilors Sumbul Siddiqui and Quinton Y. Zondervan.

“We have been trying to find our way to making sure that if people have equal opportunity in the billion dollar business of cannabis. In that conversation, it is so important to keep patients in the front of this conversation,” Simmons said.

Siddiqui said during the meeting that the council had a “moral imperative” to pass legislation and said she hopes the council will reach a “true compromise.”

The council ultimately decided to hold another meeting for further debate.

On the subject of affordable housing, the council deferred discussion of a proposed zoning reform to the next Ordinance Committee meeting. The proposal would incentivize affordable housing developers and amend zoning regulations to expedite the approval process and reduce costs.

The council also addressed other city issues at the meeting such as the deteriorating condition of the Edward J. Sullivan Courthouse and the expansion of an Eversource Electric power substation.

Nearly three of the meeting’s six hours comprised of public testimony on a range of topics, though many focused on affordable housing and recreational marijuana.

The affordable housing overlay, which is widely supported by the council, came under attack by several residents. Patricia “Patty” M. Nolan ’80 said she believed a more “in-depth” analysis of alternatives should have been implemented in the drafting of the policy.

“It would be irresponsible not to have reviewed in depth a number of options prior to adopting a city wide zoning change,” said Nolan, who is running for a City Council seat in the November election.

Skip Schloming, another Cambridge resident, said he had concerns about the potential of “bulkier buildings” and reductions of green space and parking if the reform were passed.

Denise A. Valenti, a Quincy, Mass. resident, testified that the council’s recreational marijuana proposals are exclusionary and will hurt many businesses.

“Diversity defined in the cannabis regulations is very exclusive,” she said.

In response to some of the public testimony, McGovern defended the length of time that the council has allocated to discussions about recreational marijauana before passing legislation, specifically regarding "Economic Empowerment" permit applicants.

“For anyone to be suggesting that this council is, however we vote, is somehow against [Economic Empowerment] applicants, please spare me,” McGovern said. “We are breaking ground here and that's hard to do, but we're having these conversations because we can and we're being thoughtful.”