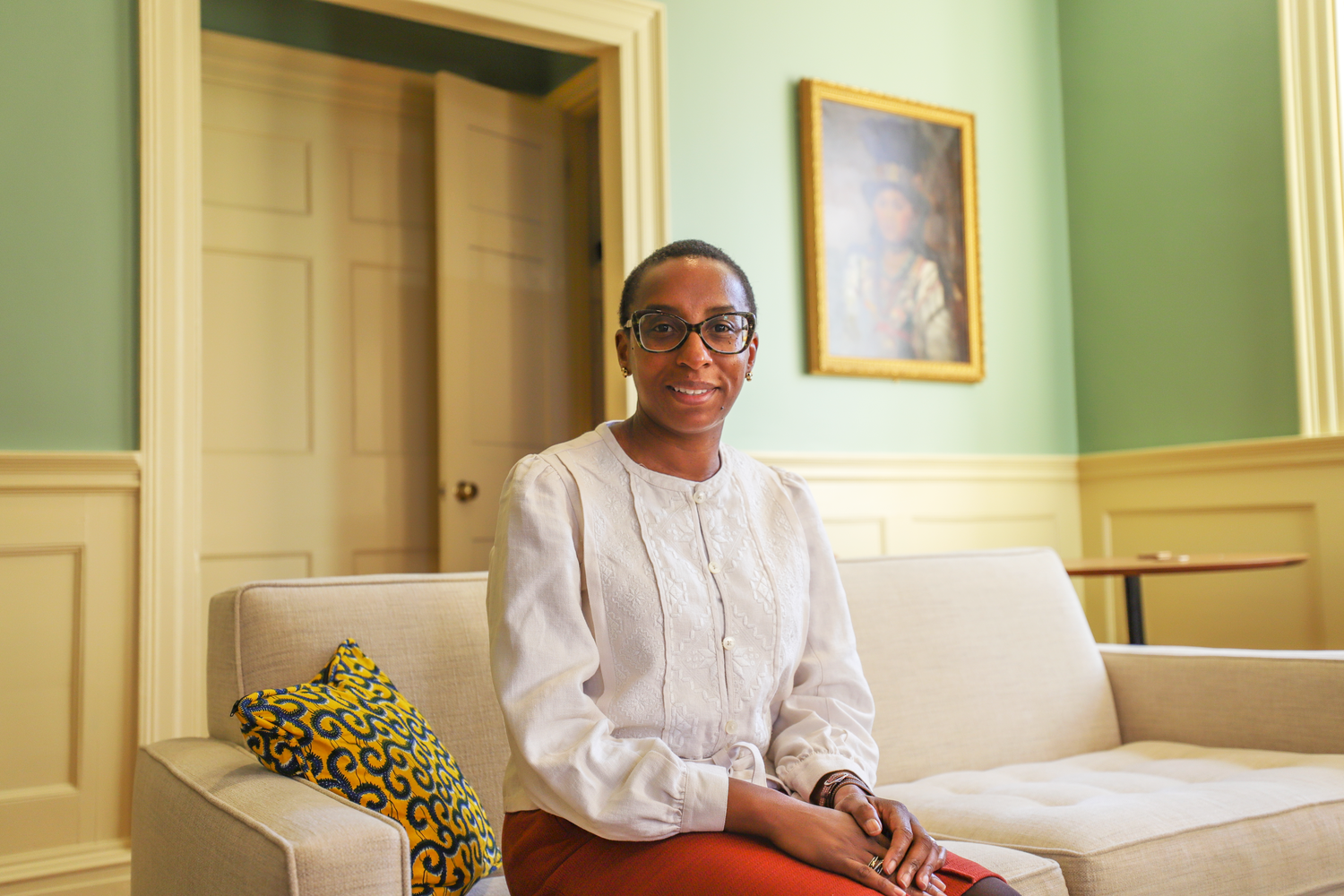 Dean of the Faculty of Arts and Sciences, Claudine Gay, poses for a picture in her office. By Allison G. Lee
By James S. Bikales and Kevin R. Chen, Crimson Staff Writers

Dean of the Faculty of Arts and Sciences Claudine Gay said in an interview Friday that Harvard affiliates’ adherence to health protocols thus far “bodes well” for welcoming “potentially even more students” back to campus in the spring.

While the FAS originally planned to bring up to 40 percent of students — the entire freshman class and students who face challenges learning at home — back in residence this fall, only 25 percent of students decided to return to campus. Students on campus must follow strict safety protocols to prevent COVID-19 infections, including frequent testing and limited social interaction.

FAS plans to announce which students will be allowed on campus during the spring semester in early December, Harvard administrators announced in a July email. Students facing challenging home environments will still be invited back, and FAS plans to prioritize bringing seniors back to campus if possible.

Gay said Friday that the announcement is still planned for early December, and spring plans will depend on evolving factors such as the status of the virus and public health regulations.

She noted, however, that Harvard has been successful in controlling infection thus far and lauded a “remarkable level of commitment” on the part of students, faculty, and staff in adhering to pandemic safety protocols.

“All of that bodes well for our ability to continue to welcome students, and potentially even more students, back to campus in the spring,” she said.

Gay added that she hopes FAS will be able to welcome all students back to campus in fall 2021.

“We’re hoping that we’re going to be in a position to welcome everyone back to campus next fall and do our best to maintain the dynamic academic program that we pride ourselves on and also sustain our commitment to residential liberal arts,” she said.

Infection rates on campus remain relatively low, with five new positive cases — none among undergraduates — reported from Oct. 5 to 11, out of 16,531 tests. Still, the College sent three freshmen home in early October for hosting a small party the previous month.

While more total students enrolled in the fall semester than FAS projected, roughly 20 percent of undergraduates took a leave of absence this semester; 340 incoming freshmen deferred enrollment, a sharp increase from the usual rate of 80 to 110 freshmen.

Gay said it was “hard to say at this point” how the return of those students would affect FAS’s academic programs and housing plans in future semesters.

“It’s possible that a lot of students will seek to matriculate or to return from leaves of absence at the same time next year, and that’s going to create challenges around housing on campus,” Gay said. “We will have to build that into our planning as we learn more — both about the course of the virus and its implications for what we’re able to do on campus, as well as what we learn about students’ decisions for next year.”

She declined to comment on whether the College or the Graduate School of Arts and Sciences is considering admitting fewer students in coming years to account for a potential housing shortage.