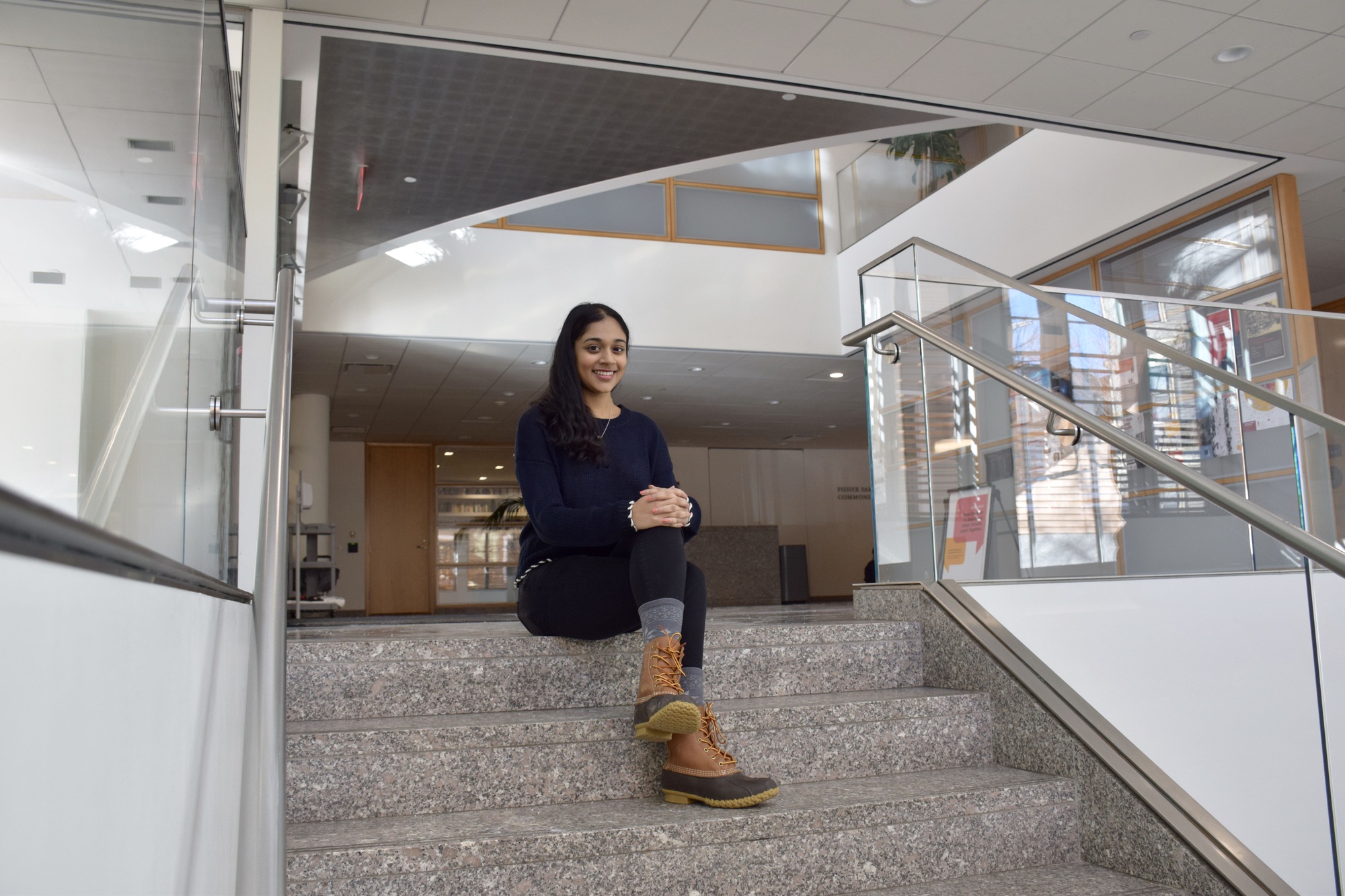 Trisha N. Prabhu '22 created and patented ReThink, an anti-cyberbullying app that detects harmful language and nudges its users to ‘rethink’ the words they are about to send or post.
Advertisement
Advertisement

After some digging, Prabhu found that social media sites mostly relied on victims to block cyberbullies and tell an adult. But what if she targeted the root of the issue?
By Claire H. Guo and Tess C. Kelley

ReThink! Are you sure you want to say this?

At age 13, Trisha N. Prabhu ’22 read about Rebecca Sedwick, a middle school girl who made national news when she died by suicide due to relentless cyberbullying. She was only one year younger than Prabhu at the time.

A victim of cyberbullying herself, Prabhu resolved then and there to do something about the problem.

“I remember reading that story and thinking something’'s wrong here,” Prabhu says. “Something is very wrong with our internet, with what it’'s become, and what we are sending young people into when they get a phone.”

After some digging, Prabhu found that social media sites mostly relied on victims to block cyberbullies and tell an adult. But what if she targeted the root of the issue?

Seven years later, Prabhu is the CEO of ReThink, an organization centered around an eponymous app. The app gives users an additional keyboard on their phone, which detects potentially hurtful language. Rather than censoring users, the app sends them messages asking them if they are sure about their words: ”ReThink! Don’t say things that you may regret later!” or a similar variation. The app now has over 500,000 downloads, and the organization has worked with 5 million students in over 1,500 schools across 134 countries.

The concept of ReThink grew out of Prabhu’s original research — work that made her a 2014 Google Science Fair finalist at age 13. The rational part of our brains, the prefrontal cortex, isn’t fully developed until age 25, so Prabhu wondered how a simple cue might boost teenagers’ impulse control. Her research found that when students are prompted to rethink a mean message, they decide not to send it more than 93 percent of the time.

“If I’m a young person who’s gotten into a feud with another young person and I’m looking at a phone screen, I’m desensitized to what’s happening,” Prabhu says. “To top it off, my brain isn’t fully equipped to think through the consequences of hitting send. That’s going to be a pretty messy recipe for disaster.”

Although the ReThink app places the responsibility of fighting cyberbullying in the hands of bullies themselves, Prabhu says that ReThink’s design also treats bullies with compassion.

“I think when we think of people as bad […] we take the worst version of that person and we make that worst version that entire person,” she says. “Instead of saying, ‘Hey, there’s something wrong with you. Why on earth would you ever say something like that?’, We’re saying, ‘Mistakes happen. People make mistakes.’ But it is how we respond to those mistakes that ultimately decides who we are.”

“It was 100 percent hustle. It was literally me picking up the phone and being like, ‘Hello, my name is Trisha, I’m calling from ReThink’s tech department, my tech department of one,’” Prabhu says, laughing.

Being young was a “double-edged sword.” A teenager herself, she understood the thoughts and behavior of people her age much better than the typical adult app developer. In a male-dominated field, however, she had to confront the assumptions many made about the capabilities of a 15-year-old girl.

“There were a lot of people who looked at me and thought, ‘Oh, that’s really cute,’ and [did not take] me very seriously,” Prabhu recalls. “And I think it was also difficult being specifically not a 15-year-old guy in a hoodie who’s the next Mark Zuckerberg. That’s what everyone thinks of.”

Prabhu has been invited to the White House, given a TED Talk in India, and received $100,000 in funding from Shark Tank investors after appearing on the show.

Most recently this October, Prabhu received “the ultimate validation”: the Elevate prize, a $300,000 award to put toward ReThink. The competition chose ten winners overall from a pool of about 1,300 applicants who use their organizations to promote positive social change.

Prabhu’s personal connection to her work helped her stand out from the other candidates.

“The concept of cyber bullying is not something that Tricia necessarily just heard about or read about,” says Njideka F. Harry, one of the competition’s judges and founder of the Youth for Technology Foundation. “She also lived that experience. Looking [for] the individuals that are making change based on lived experiences was very, very critical [for the judges].,”

Using the money from the Elevate prize, Prabhu wants to expand ReThink’s mission to reach more users: increasing the languages offered from six to 12, investing in image and video detection, and exploring suicidal ideation recognition.

Though she plans to stay with the organization for the foreseeable future, Prabhu knows her life after ReThink will remain centered on social entrepreneurship — a concept she says is “much more than a buzzword” to her.

“I really want to spend my life creating things specifically around this idea of social venture and social entrepreneurship,” Prabhu says. For her, it’'s about “finding a way to build really invaluable cutting-edge products that are also doing good for the world. This idea that business and good are mutually exclusive — we can upend that narrative.”

For now, Prabhu is focused on changing internet culture. A hopeful trend has emerged in Prabhu’s ReThink research: After continued use of the app, students claim to start rethinking their words before even being prompted by their keyboard.

“To us, that’s the ultimate win because that’s the long term behavioral impact, right?” Prabhu says. “I think the real power of ReThink is not only that we’re stopping cyberbullying in the moment, but that we’re hopefully cultivating the next generation of responsible digital citizens who long-term [are] not going to post that message.”

“That is ultimately how we build the internet we want to see.”