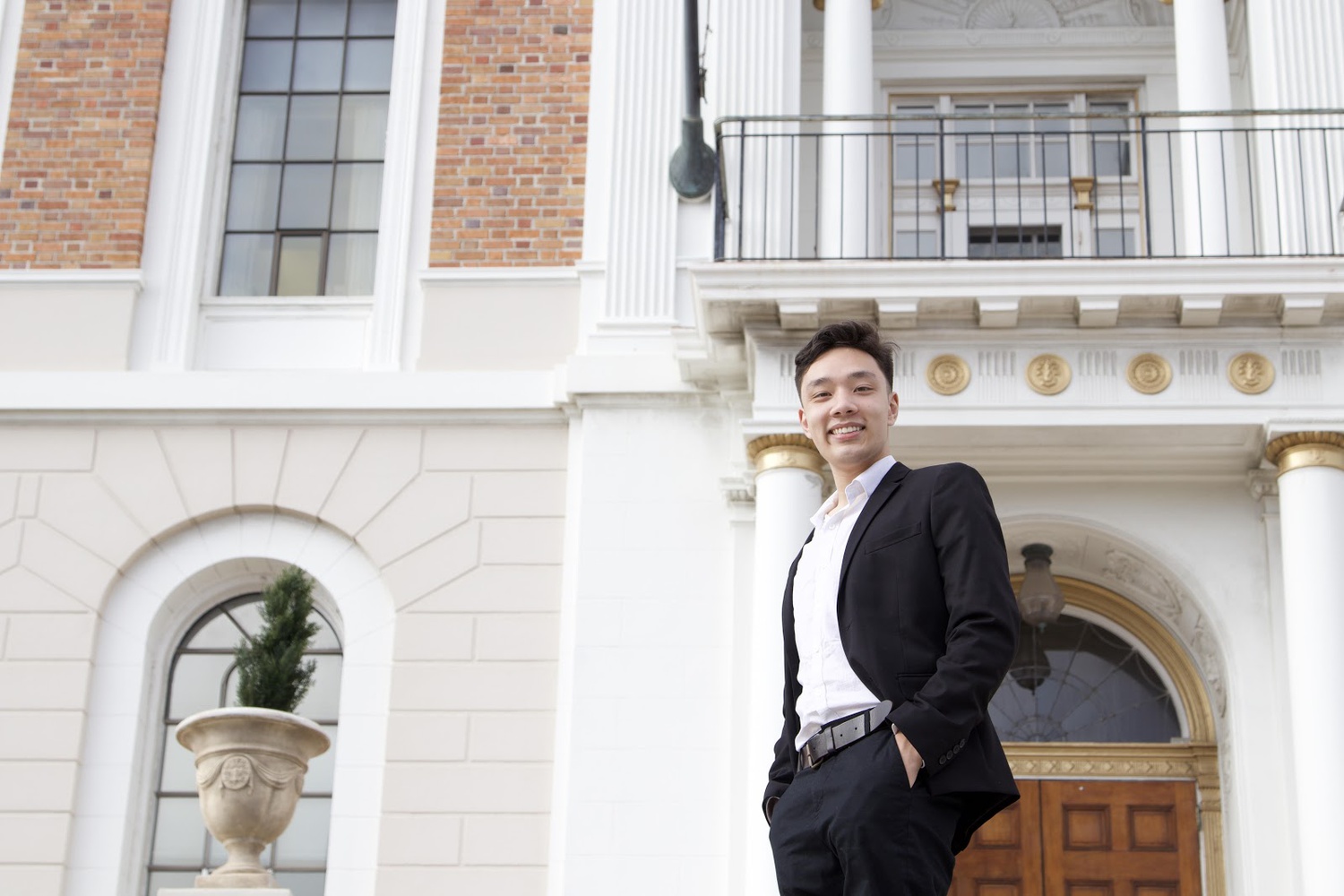 When James H. Coleman returned to South San Francisco in March, he once again found himself faced with the inequalities that had shaped the city he grew up in. This time, he felt armed with the tools to change them.
By Gabrielle J. Pesantez and Meimei Xu

Coleman launched his campaign for the District 4 seat on South San Francisco’s City Council on Sept. 12 and, if elected, he will be the youngest and first openly LGBTQ+ council member in the city. When Coleman returned home to California in March, he once again found himself faced with the inequalities that shaped life in South City. This time, he felt armed with the tools to change them.

“What I really wanted to do was take the experience, education, privilege that I’ve had at Harvard, that I’ve gained, and bring it back to South San Francisco to empower and improve the community that I grew up in,” Coleman says.

South San Francisco has a majority non-white population, and Coleman says its residents face unequal treatment from law enforcement and landlords. As a child, Coleman explains, he watched his classmates struggle with housing insecurity and racist policing — issues he feels the city’s leadership has done little to rectify.

“I grew up with people who were forced to move away in the middle of the school year because of the rising cost of living and they had to commute an hour to get to school every week. Then, they would couch-surf during the weekdays,” Coleman recalls. “I’ve known people who have been racially profiled by the police and had their backpacks or their belongings illegally searched” he continues. “I’ve known what it’s like for people to get left behind. And I want to change that.”

During the pandemic, he became a founding member of CHANGE SSF, a local advocacy organization. Coleman soon realized he could magnify his impact by running for office himself.

In an age where knocking on doors, visiting with local voters, and talking to constituents face-to-face are impossible, Coleman says his team has been sending out thousands of texts, making phone calls, and dropping flyers around the city. Through online meet-and-greets, Coleman’s campaign has connected with friends and community members.

As a 21-year-old college student, Coleman initially had reservations about whether voters would take his campaign seriously. He says he’s been able to have serious conversations with potential constituents, however, and that he hopes his focus on issues affecting marginalized communities will resonate.

“What really surprised me is that when you talk to a lot of these people, all it takes is a conversation for them to know that you’re serious, that you have the intention to win, and that the issues that you’re talking about are much needed in the community,” Coleman says.

Committed to running an entirely grassroots campaign, Coleman and his team have already outraised their opponent, incumbent South San Francisco Mayor Richard Garbarino, who also serves on the city council. Coleman’s campaign raised $12,000 in the last quarter from over 200 individual donors, surpassing the $7,400 raised by Garbarino’s campaign.

“Despite having that pledge and saying I’m not taking corrupt money, we’re still making more money,” Coleman says. “That just really goes to show the power of grassroots funding and how you really do need the backing of the people and not special interests.”

In addition to his local supporters, his peers at Harvard have also supported him, making contributions and volunteering for his campaign. “It’s really inspiring to have the support from people who live 2,000, 3,000 miles away from the community I’m running in,” Coleman says. 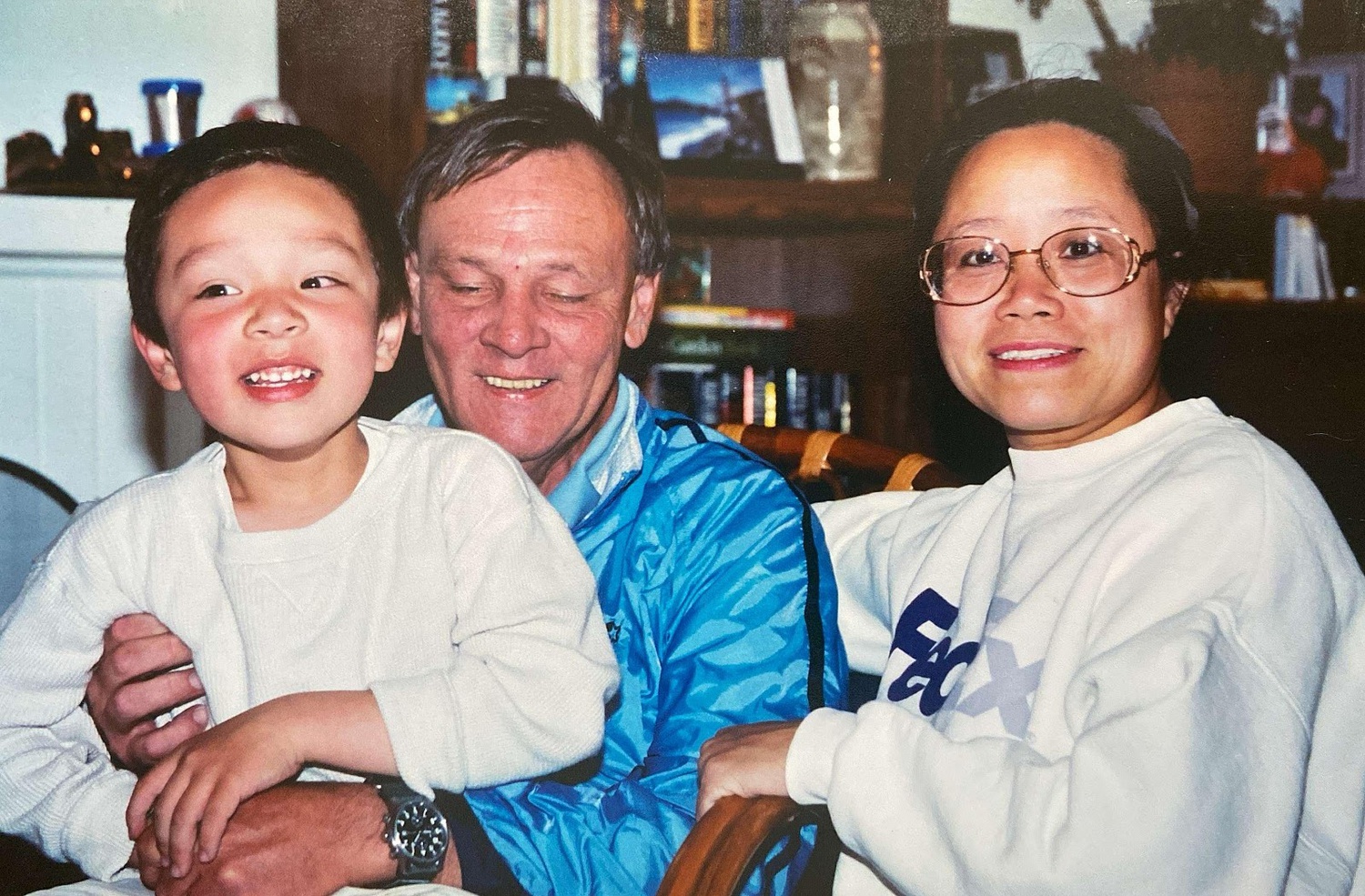 As a child, Coleman says he watched his classmates struggle with housing insecurity and racist policing — issues he feels the city’s leadership has done little to rectify. By Courtesy of James Coleman

“As the campaign progresses, he just shows more and more passion for this. I feel like especially now, since times are pretty chaotic, his passion really shines,” Buendia says.

Coleman is no stranger to activism. His interest in politics and environmental justice began in high school, and he went on to co-found Harvard Undergraduates for Environmental Justice, work with Fossil Fuel Divest Harvard, and become a founding member of Harvard College Students for Bernie, which has since become Harvard College Young Democratic Socialists of America.

Coleman recalls a conversation with an elderly resident in the Housing Authority, an affordable housing development for seniors and low-income people. The senior told Coleman, the son of a Taiwanese immigrant, that the environment in the housing complex was unsafe for older citizens and its poor conditions did not warrant such high rents. Coleman reflected that, no longer able to afford remaining in the city, many Taiwanese and other immigrant residents have moved back to their home countries.

“I never thought of the need for senior-specific housing, senior-specific affordable housing. That’s something that I really want to champion in San Francisco: building senior housing and allowing these people to live in a place that is affordable, a place where they can retire in dignity,” Coleman says.

The renewed nationwide focus on police brutality following the murder of George Floyd has amplified criticisms of South San Francisco’s historical problem of discrimination in policing. Activists have for years demanded that the city fire San Francisco police officer Joshua Cabillo, who in 2012 killed a 15-year-old Black teenager stopped at a gas station while working for the South San Francisco Police Department and in 2018 shot a Black man in the back during a foot chase.

In an emailed statement, South San Francisco Police Department Chief of Police Jeff Azzopardi emphasized that Cabillo no longer works for his department. However, he added that an investigation by the local district attorney determined his use of force “although tragic, was justified.”

“We have zero layers of accountability or transparency with the police department. That’s the thing I want to change,” Coleman says. “I want to create a police oversight commission and give them power to fire officers and also give them power to change these policies that do not serve the interests of the public. I [also] want to create alternatives through the formation of a group of first responders trained specifically in mental health care and social work.”

As it is a general election year, his campaign expects a turnout of around 70 to 80 percent of voters, making this year an opportunity for his campaign to appeal to voters who have not historically participated in local elections.

Like many college students, Coleman foresees graduate school or a higher office on the horizon. But for now, he says, his campaign is driven by necessity.