Election Day 2020 Has Arrived At Last. Here’s What You Need to Know. 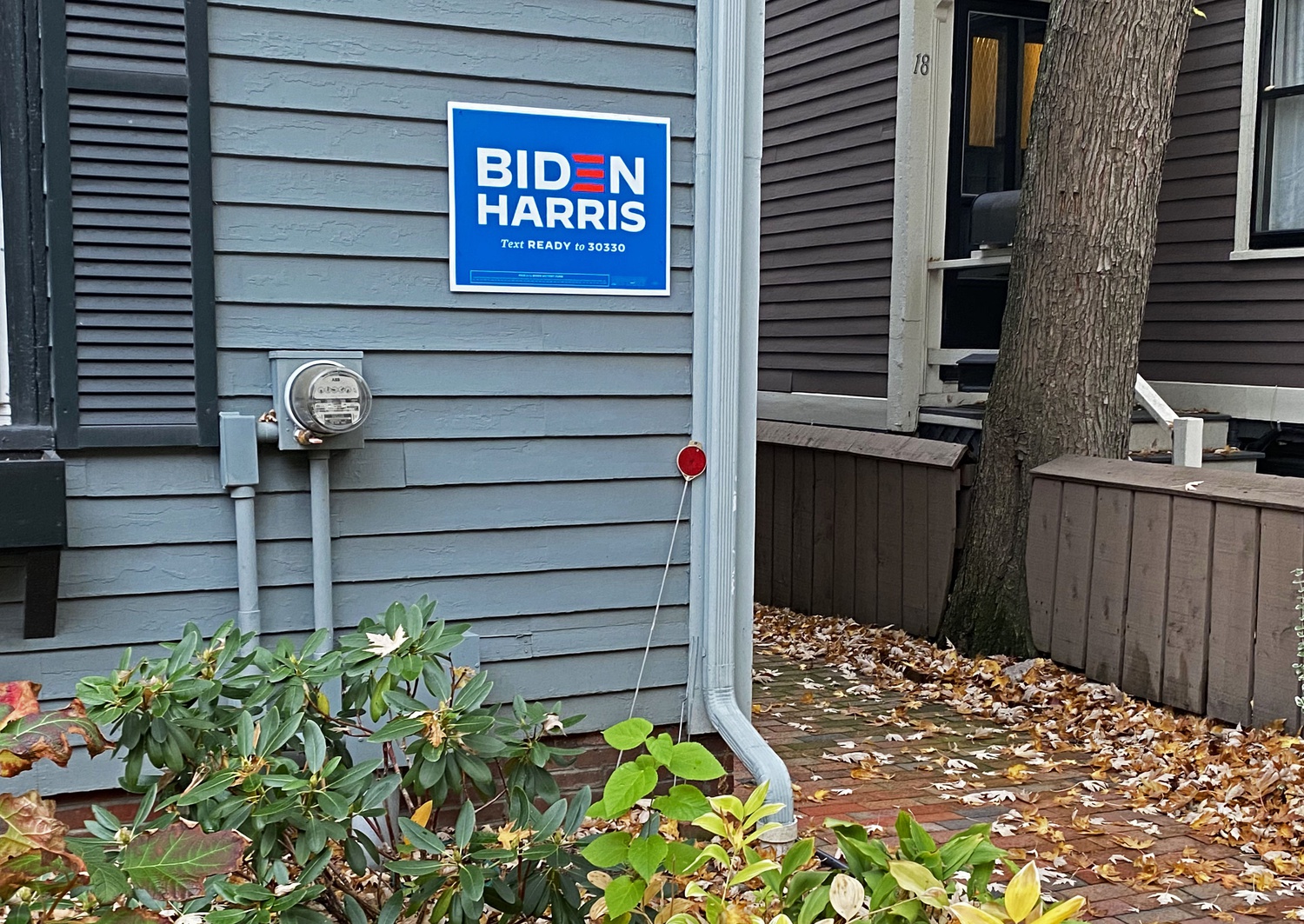 Buckle up — it could be a bumpy ride. Polling places, including Harvard's Gund Hall, will be open from 7 a.m.-8 p.m. in Cambridge on Tuesday. By Lara F. Dada
By Jasper G. Goodman, Crimson Staff Writer

Few things at Harvard have felt more salient than the 2020 election. With countless John F. Kennedy Jr. Forums, dining hall debates, and organizing pushes, it’s dominated discussions on campus — and Zoom — for over a year.

But even faculty and students who have dedicated endless time and energy to delegate math, paths to 270, and organizing never could have imagined the pandemic-stricken spectacle that is Election Day 2020.

With students scattered around the globe, the thought of packed crowds across campus watching returns come in on TV seems almost wistful. Whatever comes next, students will be experiencing it largely by themselves, leaving many with angst and apprehension in the final hours before polls close.

So, what will come next?

Buckle up — it could be a bumpy ride. Polling places, including Harvard’s Gund Hall, will be open from 7 a.m. to 8 p.m. in Cambridge on Tuesday.

Top of the Ticket

Donald J. Trump’s presidency has been marked by protest and repudiation at Harvard. The president has remained deeply unpopular among students and faculty alike, and Harvard’s administration has publicly opposed many of Trump’s immigration policies, even going to court to reverse one.

Harvard’s majority-liberal student body was largely split over who to support during the Democratic primaries. But since former Vice President Joseph R. Biden Jr. clinched the Democratic nomination, students have broadly rallied behind him.

A September survey conducted by The Crimson found 89 percent of students who were planning to vote planned to cast a ballot for Biden, with a mere 1.2 percent of respondents identifying as undecided.

There have, however, been notable exceptions. In a striking reversal from its 2016 stance, the Harvard Republican Club endorsed Trump after the first presidential debate, pointing to his “marquee accomplishments” on issues such as tax reform and foreign policy.

The timeline of when a projection will be made in the presidential race remains clouded in uncertainty, leaving students with a potentially long week ahead.

Biden leads Trump in polling averages in the key battleground states of Pennsylvania, Michigan, and Wisconsin — all of which the president carried in 2016. If Biden carries all three states — as former President Barack Obama did in 2008 and 2012 — and holds on to every state won by Hillary Clinton in 2016, he will win the presidency.

Biden and Trump are polling neck-and-neck in Florida, Georgia, North Carolina, Arizona, and Texas — all traditionally red states that the Democrats have made a play for in 2020.

Trump is counting on high turnout in rural parts of the swing states, which helped catapult him to victory in 2016. Notably, Trump has insisted that a winner be declared on election night, sparking concern that he could try to declare victory before the results warrant it.

No states report finalized results on election night. News organizations are typically able to make a projection based on available returns and other modeling. Projections may be delayed, however, if the election comes down to a close race in a state such as Pennsylvania, which does not allow local election officials to process ballots ahead of Election Day, even as Americans are voting by mail in record numbers. Mail-in votes take longer to process.

Still riding high after becoming the first person to ever defeat a Kennedy in Massachusetts, Markey is expected to cruise to re-election. A pair of polls conducted in October showed Markey with a whopping 30-plus point advantage over his Republican challenger, lawyer Kevin O’Connor.

Massachusetts voters are hardly averse to electing Republicans. Governor Charlie D. Baker ’79, a Republican who is backing O’Connor, holds one of the highest approval ratings in the country. And the state elected Republican Scott Brown to the Senate in a 2010 special election following the death of Edward M. “Ted” Kennedy ’54-’56.

O’Connor has been heavily outraised by Markey, though, and his support for Trump in a state that broadly disapproves of the president leaves the Republican with a steep uphill battle.

Clark, who trounced her GOP opponent with over 70 percent of the vote in 2018, is running to become the Assistant Speaker of the U.S. House. Clark has worked behind the scenes to fundraise and recruit Democratic House candidates, becoming a prominent player within her caucus.

Colarusso, a Stoneham Selectwoman who supports President Trump, described herself to the Boston Herald as “law and order constitutionalist.”

U.S. Representative Ayanna S. Pressley (D-Mass.), who represents part of Cambridge in the Seventh Congressional District, faces an independent challenger, Roy Owens, in her first election as an incumbent.

In deep blue Cambridge, all eight Democratic candidates for the Massachusetts State Legislature are unopposed.

Cambridge will send one newcomer to the House, Steven Owens, who won a three-way Democratic primary to replace outgoing State Representative Jonathan Hecht.

Massachusetts voters will also weigh in on a pair of ballot initiatives Tuesday.

Question No. 1 on the ballot, the right-to-repair measure, would allow motor vehicle owners and independent repair shops to have expanded access to mechanical data. Proponents say it will allow car owners greater autonomy in choosing where they get their car fixed. The fight over the right-to-repair measure has become the most expensive ballot initiative in Massachusetts history, with over $43 million spent.