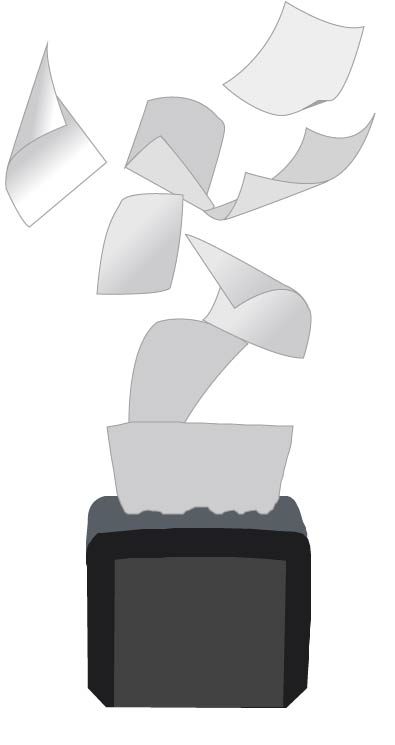 To All the Napkins I’ve Loved Before

Are the majority of Leverett House residents really all that dedicated to reducing waste and saving energy? And if not, who took away our napkins?
By Scott P. Mahon

A cup of water and a swinging elbow rarely make a good pair. But in the case of Leverett Dining Hall, they’re a particularly daunting duo.

Most non-Leverites don’t understand the difficulty of eating in a dining hall without easy access to napkins. Freshmen, too, would be shocked at the state of the Leverett Dining Hall — Annenberg has two napkin dispensers on every table, while I can usually only find two in all of the Leverett Dhall.

I’m sure that when Charles H. Coons invented the napkin dispenser in 1928, his intention was to make napkins more accessible — not less.

Which brings me to my main argument: Why are there no napkin dispensers on the tables in Lev Dhall?

It’s hard to think of reasons to deprive students of napkins: budget cuts? A napkin shortage? To make my life harder? The general, unproven rumor around Leverett is that, “It’s better for the environment.”

First: Is it even true? Does hiding the napkin dispensers in obscure places around the dining hall really discourage people from using them? When you spill your Lime Dasani sparkling water, for example, you’re going to grab a napkin to clean it up. If your face gets covered in spaghetti sauce, you’re not just going to leave it there — you’ll find your damn napkins, wherever they are, and wipe your marinara-stained face. And when pieces of your HUDS Sloppy Joe slip from between their bun and slide onto your backpack, what do you think you’ll use to wipe up those bad boys? A bouillon spoon? A napkin, of course.

Second: Could placing napkin holders away from the tables in the largest upperclassmen dining hall have an adverse effect on this rumored goal? For a friend of mine, this is exactly what happens: Rather than use the few napkins he needs, he takes an abhorrent amount (10, 15, 20 — it depends on the day) before even sitting down, just in case his Sloppy Joe ends up on his backpack.

Third: If this method really makes such a difference, why are the other ten houses not doing it? Are you reading this, Greta Thunberg? It seems a bit odd that this “environmentally-friendly” policy is not implemented in the other houses. You know it’s a bad idea when other houses decide not to implement it — just look at the recently-scrapped “Incest Fest” in Kirkland.

Fourth: During Energy Week 2019, Leverett House ranked last out of the 12 houses in the overall percent reduction of energy, citing a 7.61 percent increase in energy for this allotted week in November. This, of course, raises an important question: Are the majority of Leverett House residents really all that dedicated to reducing waste and saving energy? And if not, who took away our napkins?

I can’t logically understand how rationing napkin dispensers will do anything except inconvenience Leverett House diners.

Look, I get it: Maybe this is just a me-problem. After all, I never attended an Elizabethan etiquette class, so perhaps I’m just naturally more prone to knocking over a drink or accidentally overfilling my cereal bowl.

But then again, there’s no way everyone else eats meals with their pinky up and their elbows off the table. If reading this article stirs something resonant within your being, you know where to find me.

I’m not entirely sure why our napkins are gone, but if I’m being honest, I truly don’t care. I just want them back.

— Magazine writer Scott P. Mahon can be reached at scott.mahon@thecrimson.com and on Twitter at @scott__mahon.