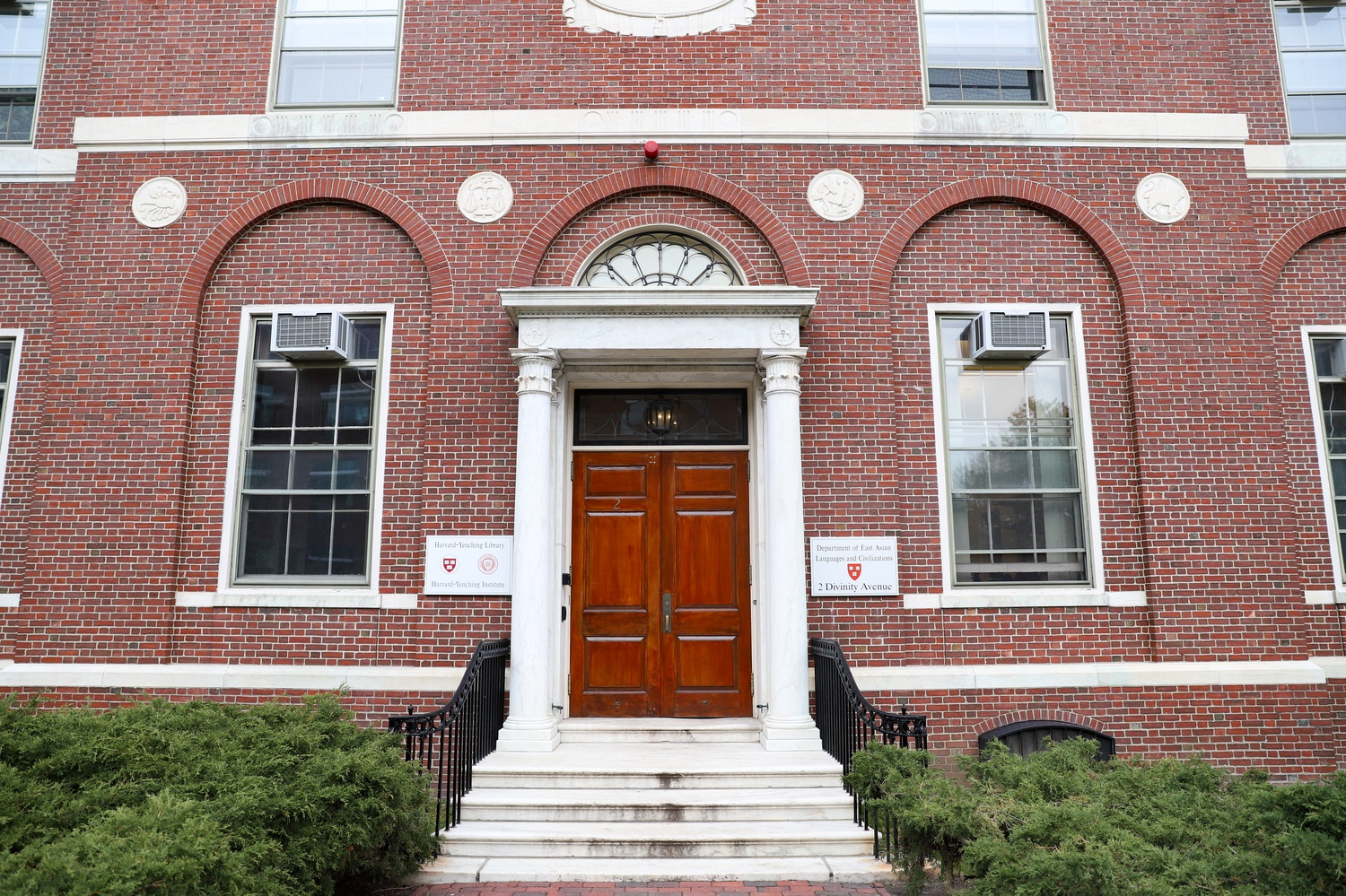 This Taiwanese Video Game Stirred an International Controversy. Now It Sits on the Shelves of the Harvard-Yenching Library.

Last month, the Harvard-Yenching Library added a controversial video game to its collection. “Our work is to support our faculty members, students, and visiting scholars,” explains Xia-he Ma, a librarian. “If the patron wants materials to do research or teaching, we usually will support them.” Others didn't share his opinion.
By Vera E. Petrovic

While Xiao-he Ma springs to his feet to welcome me into his office, the librarian of Chinese Collections is not entirely sure why I am so keen to interview him. His cubicle is tucked deep in the basement of the Harvard-Yenching Library, which boasts the largest collection of East Asian research and archives in the United States. As of last month, the library is also home to “Devotion,” a controversial Taiwanese video game that was removed from online streaming services. Ma, however, insists that there is nothing extraordinary about acquiring it.

“Our work is to support our faculty members, students, and visiting scholars,” Ma explains. “If the patron wants materials to do research or teaching, we usually will support them.” According to Ma, a graduate student requested to include “Devotion” in a seminar curriculum, and the Harvard-Yenching Library simply obliged.

The gaming world, however, did not view the library’s decision in such straightforward terms. Developed by Red Candle Games, “Devotion” is an acclaimed horror simulation set in a 1980s Taiwanese apartment complex. Days after its initial release on Feb. 19, 2019, “Devotion” came under fire from Chinese gamers who noticed an in-game reference to memes comparing Chinese president Xi Jinping to Winnie-the-Pooh.

In a Twitter statement, Red Candle Games apologized for what it called a “critical and unprofessional error” and pulled “Devotion” from streaming services. The game was impossible to play until last month, when it was added to the second-floor archives at the Harvard-Yenching Library. Shortly after the addition, Red Candle Games tweeted that it was “so honored” “Devotion” was part of the Harvard-Yenching collections, and news outlets swarmed to report on the story.

“They asked, why Harvard? Why does Harvard want to collect this game? I said, if you would like to do anything, you can communicate with the student,” Ma says.

Yedong Chen, the graduate student who requested “Devotion,” did not reply to multiple requests for comment on this article. He has yet to offer a public justification for his decision to include the game on his syllabus.

Nonetheless, Red Candle Games felt honored by the decision to add “Devotion” to the Yenching’s catalog. In its most recent Facebook post, the company thanked the library and wrote that “never have we thought that our works could one day be added to its prestigious collections.”

Still, Ma stresses that the library has no political or social stake in preserving the game. “Perhaps these materials have different political points of view, but this is not my problem,” he asserts gently.

I prod Ma on whether he believes there is any power in preserving contentious material, but the librarian sticks to his script. Ultimately, Ma aims to support the academic endeavors of anyone who requests his assistance, he says. While he cares deeply for the collections he curates, he chooses to distance himself from any controversy that might surround them.

“If the patrons, or students, or faculty members think these things are useful for their research, lending, or teaching, my work, and my colleagues’ work, is getting the material for them,” Mr. Ma maintains. “We don’t ask about the politics or reasoning behind the material.”