The mindLAMP app is designed to avoid the typical pitfalls associated with digital mental health care. By Courtesy of John Torous
Advertisement
Advertisement

“How do you immediately increase access to medical healthcare in a scalable, reliable way?” asks John Torous, the director of the digital psychiatry division at Beth Israel Deaconess Medical Center. “It really does have to come down to a technology in the smartphone.” Meet the man at the forefront of the digital mental health revolution.
By Matteo N. Wong

A shadow pandemic has accompanied COVID-19, one of deteriorating mental health. Formerly mundane acts, like buying groceries, now require a complete safety checklist as well as constant hyper-vigilance about one’s body and surroundings. Many are stuck in a crushing isolation. The pandemic itself acts like a vortex, sucking in all thought and conversation and spitting out anxiety over physical and economic health. One study found that the number of adults in the U.S. reporting symptoms of anxiety or depression has almost quadrupled from last year.

John Torous, the director of the digital psychiatry division at Beth Israel Deaconess Medical Center, recognizes the disparity between growing mental health needs and available resources — and believes only technology can help health professionals keep pace. “How do you immediately increase access to medical healthcare in a scalable, reliable way?” Torous asks. “It really does have to come down to a technology in the smartphone.”

The COVID-19 pandemic has accelerated an enormous technological shift in psychiatry: Already, virtual therapy sessions have become the norm, with most clinicians reporting no difference in outcomes compared to in-person visits. Torous hopes he and other doctors can continue to steer this transition — he researches how technology, and mobile devices in particular, offers an opportunity to revolutionize mental health care. “I think we know where we want the field to go,” he says, “but everyone wants to make sure we do it right.”

Smartphones have become ubiquitous, and for many, especially younger generations, they are the primary tool for learning about and communicating with the world. It is in this ubiquity that Torous sees potential: Synchronous telehealth, such as individual or group therapy in real-time, creates lag between the limited pool of clinicians and demand for care, and asynchronous care through mobile devices can fill that gap. Doctors might one day use smartphones to gather information between sessions — passive data such as GPS location, and active data such as daily questionnaires — and provide small, real-time interventions like mindfulness exercises. By working with patients to interpret smartphone-collected data, therapists might improve their practice — by jumping right into problem-solving, for instance, rather than having to collect information a smartphone has already provided. “The visits become more rich, more evidence-based, more data-driven,” Torous says. “In between sessions there’s more feedback, there’s more practicing skills.” The division of digital psychiatry at BIDMC is already experimenting with this hybrid model.

Torous is also developing and testing his own digital mental health app called “mindLAMP” (Learn, Assess, Manage, Prevent). Clicking on the mindLAMP icon — a lightbulb split into four colorful puzzle pieces set against a sky blue background — brings users to a menu with options for daily mental health surveys, tips for stress, breathing exercises, and much more. Based on interviews with 100 college-age students about their preferences for a mental health app, the app is designed to be customizable and secure: Users know the app is used for clinical purposes only. Because it is designed in-house, it doesn’t involve third parties. 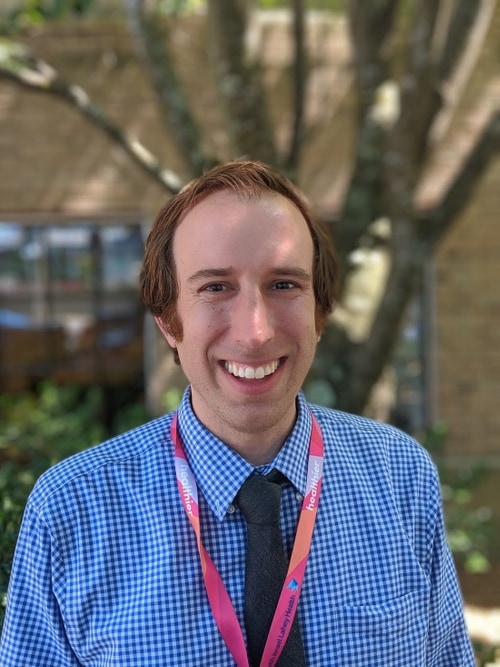 Torous researches college students because he believes they show a particular interest in mobile mental health technology. He claims that that age group, undergoing brain maturation and facing new academic and social stresses, is at high risk of developing new mental health conditions. Though colleges try to meet this need, many of the corresponding resources fall short. In a recently-published study of 218 mental health apps recommended by various college counseling services, Torous found that 28 percent were no longer available for download, and 44 percent of the remaining apps had not been updated in over six months. Many of the existing apps either had no privacy policy or shared user information with third parties. Only 16 percent had been studied for efficacy. Just because smartphones have the potential to improve therapy, Torous says, doesn’t mean all apps can do it well. In the same way that it would be “ludicrous” for a college to display a list of medications and ask students to pick, especially if some of those medications were out-of-date or toxic, not all apps can provide the same quality of services. As an alternative, Torous’s team keeps an updated database of mental health apps that people can search to find the best fit for themselves.

The mindLAMP app is designed to avoid these pitfalls. In a study of 100 college students who used the mindLAMP app over the course of one month, Torous found that the results from the app’s mental health surveys correlated closely with “gold standard,” in-person clinical assessments. Although Torous is still analyzing the data, these results suggest that smartphone apps might be an easier way to understand how people are feeling. A few simple questions on a phone can provide that understanding over time, rather than a snapshot at the time of appointment.

Aside from a population-level correlation between erratic sleep schedules and a higher risk of mental health problems, Torous found that other correlations were highly personalized. The effect of time at home on mental health is contextual, and the effect of screen time depends on the types of online activities: Three hours of virtual volunteering and three hours of scrolling through Reddit are not comparable. Of course, more population-level correlations might become apparent with a larger sample. Regardless, these personalized signals, Torous explains, show how smartphones are primarily a tool that patients and psychiatrists must put to use by figuring out what each signal means for each person. “It’s not just the technology,” he says. “That’s one of the factors. It takes the users and the clinical part to make it all work, all of the pieces.”

Despite the potential he sees in this “hybrid model” of telehealth and smartphone care, Torous expresses caution: “Anytime something transitions or is new, there is potential for benefit and potential for harm,” he says. Apps that work through algorithms and artificial intelligence, for instance, have limited evidence to support that they are effective. Privacy concerns abound. And much more work needs to be done to prove the smartphone’s clinical promise. His next step is a similar study of the mindLAMP app with 1,000 college students nationwide. The trial will also test “mental health nudges” — if the app detects that a user may need a mental health intervention, it a small action.

“Sometimes apps are seen as a panacea because technology can solve a lot of problems,” Torous says. “I think we are at the beginning of this journey.”