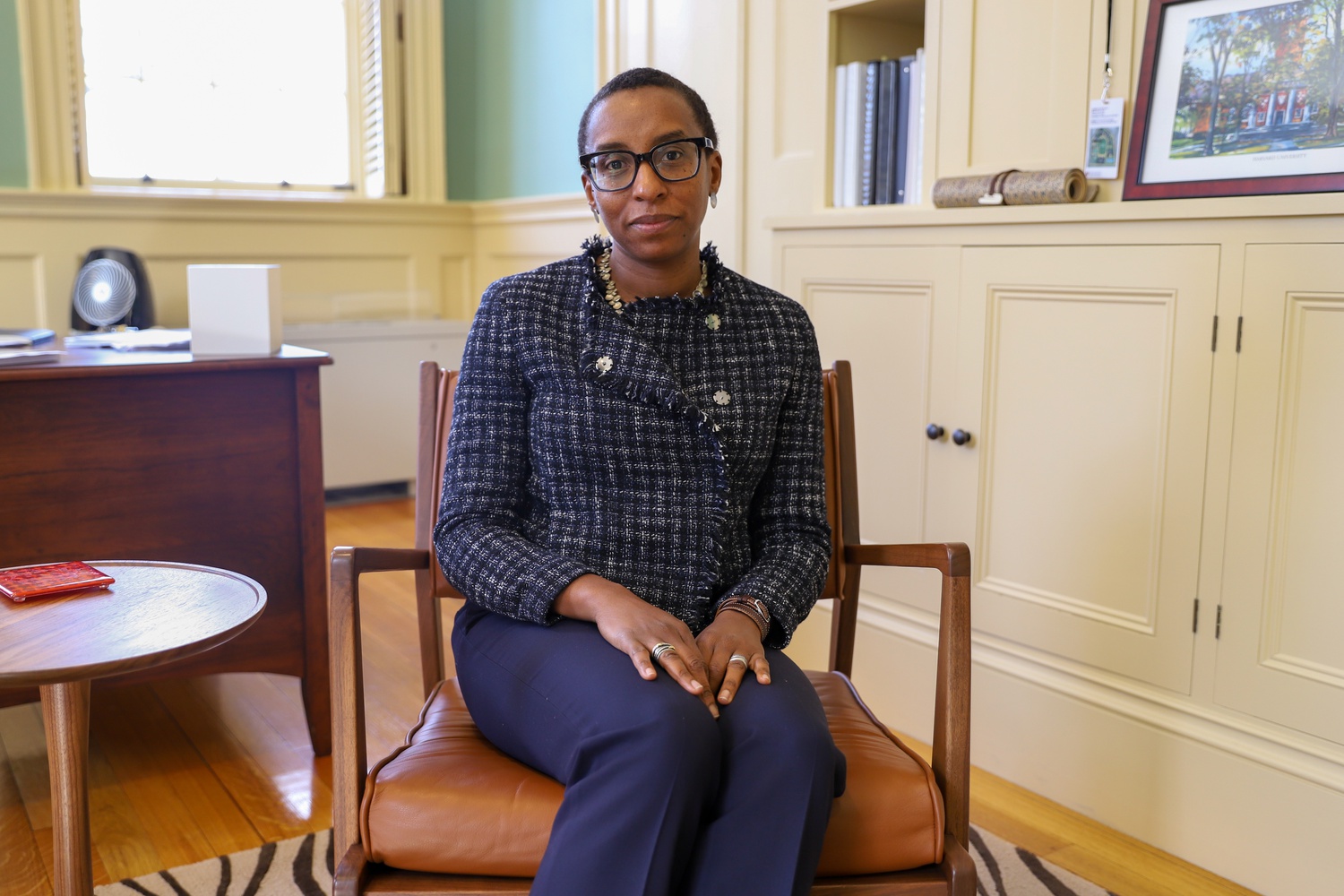 Faculty of Arts and Sciences Dean Claudine Gay confirmed in a Thursday interview that the FAS is continuing its search for three to four ethnic studies professors. By Ryan N. Gajarawala
By Meera S. Nair and Andy Z. Wang, Crimson Staff Writers

Dean of the Faculty of Arts and Sciences Claudine Gay said in a Thursday interview that the FAS is continuing its cluster hire of ethnic studies scholars and will “probably” update affiliates on its progress by the semester’s end.

After decades of pressure from students and alumni advocating for an ethnic studies concentration, Gay announced in June 2019 that the FAS would hire three to four senior faculty in Asian American, Latinx, and Muslim studies by the end of the 2019-2020 academic year, a first step in establishing a formal program in ethnic studies at Harvard.

At the start of the Covid-19 pandemic, however, Gay informed the Harvard Ethnic Studies Coalition — a student and alumni advocacy group pushing for an ethnic studies program — that the FAS had indefinitely suspended the faculty search due to logistical issues posed by the public health crisis. The search resumed in August 2020.

In the Thursday interview, Gay confirmed that “the cluster hire continues to move forward.”

Despite the delay from her original timeline, Gay said she is “very excited about how that search is proceeding.”

“We are fully committed in the FAS — and I’m personally committed to — expanding the representation of this important field of study that is ethnicity, indigeneity, and migration on our campus, and to providing a robust curriculum and an exciting environment for scholars and students who are passionate about this topic,” Gay said.

Gay declined to comment, however, on the future of Latinx studies within the FAS. Earlier this year, the Graduate School of Arts and Sciences suspended admission to the secondary program in Latinx Studies for the 2021-2022 academic year.

During the interview, Gay also shared her excitement and gratitude for the “incredible and unprecedented" $45 million gift from alumni to expand Asian American studies at Harvard. The donation, announced last month, will endow new professorships and graduate fellowships and fund academic research in the field.

“Importantly, it was also something that will enable us to recruit preeminent scholars and convene a thriving intellectual community of faculty and graduate students and undergraduates to collaborate and innovate,” Gay said.

Gay declined to comment on how the Asian American studies donation relates to a potential formal concentration in ethnic studies.

Alongside ethnic studies advocacy, the FAS has come under scrutiny for how its tenure processes treat scholars of color. Following the high-profile tenure denial of Romance Languages and Literatures associate professor Lorgia García Peña, more than 100 faculty demanded the school review its tenure procedures.

Per Gay, a committee formed following those demands has begun “finalizing its report, with a view to sharing it with the Faculty in the coming weeks.”

Gay said Thursday the FAS continues “to make good progress in advancing the racial justice agenda” set in place during the summer of 2020. She specifically commended the contributions of the inaugural Associate Dean of Diversity, Inclusion, and Belonging, Sheree Ohen, including the DIB Graduate Student Fellows Program Ohen piloted last spring.

The new Economics building funded by Pritzker’s gift will be located in the main Cambridge campus near the Littauer Center for Public Administration, the department’s current home, Gay said.

“It really is a once-in-a-generation opportunity, and it comes actually at a moment of significant possibility and promise for Economics at Harvard,” Gay said. “With the support of this gift, the Econ department is poised to enter a whole new era of groundbreaking impact.”