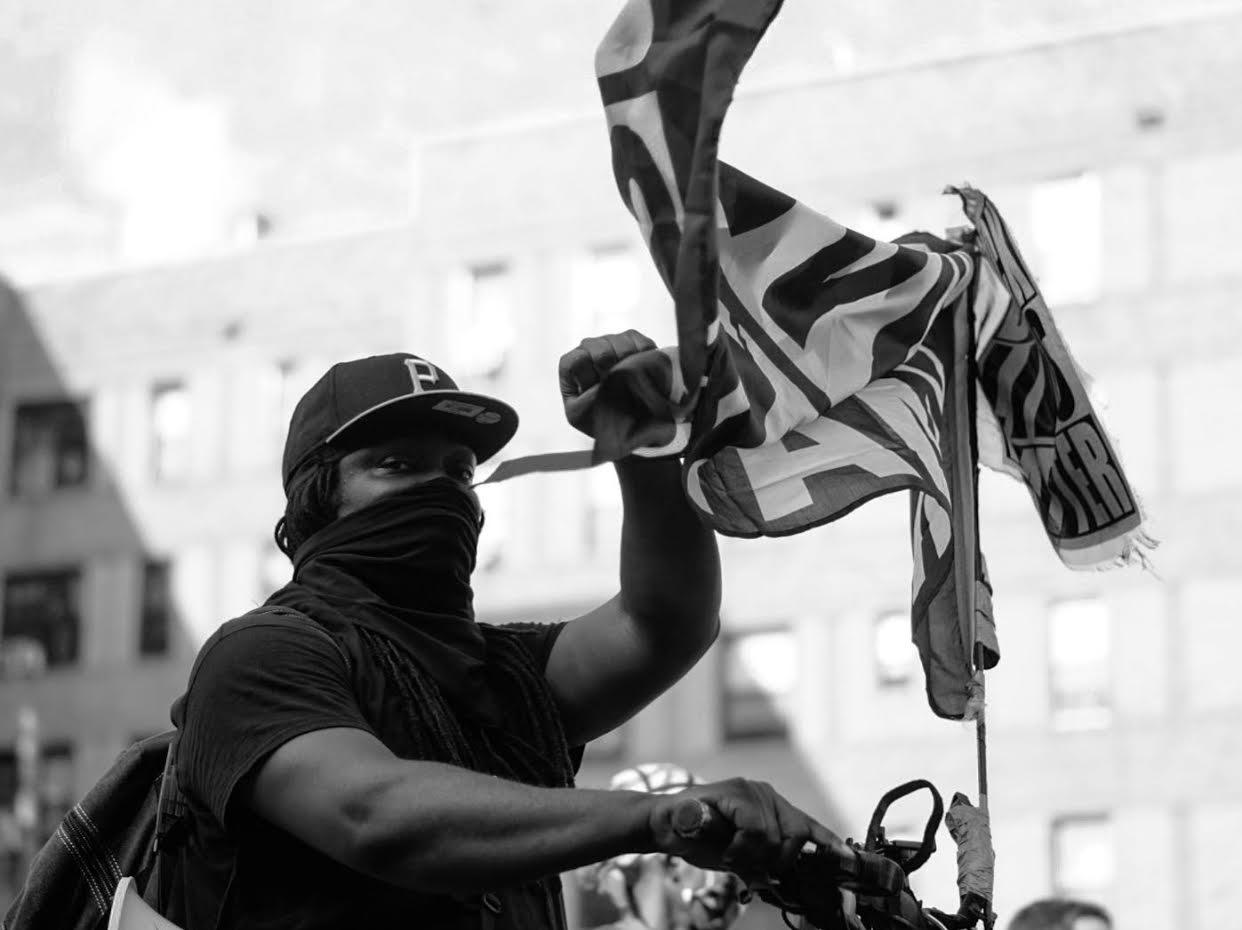 The Man Behind Safe Walks, Street Riders and a Hit Alicia Keys Remix

Peter W. Kerre is a well-known DJ, activist, community organizer, cybersecurity expert, and student at the Harvard Extension School who this summer led over 10,000 bike-riders on a BLM protest through the streets of New York City.
By Dannie C. Bell and Kiana N. Rawji

“If there’s someone out there, just show me a sign of what I’m meant to do.” This was the plea to the universe that Peter W. Kerre made 5 years ago, on the floor of his Midtown apartment, in a moment of crisis. He had recently left a stable corporate job to pursue a career as a music producer in New York. After a long stretch of searching for work, he received an unexpected call from Sony Records. When they told him Alicia Keys wanted to work with him, he hung up, thinking it was a prank.

Kerre creates music “the way someone smokes a cigarette,” he says. Over 10 years, he has accumulated thousands of tracks on his computer, remnants of daily moments when he was seeking a certain pick-me-up. Music is his “release,” a major part of the balancing act that is his fast-paced life.

In addition to making music, Kerre is an activist, community organizer, cybersecurity expert, and student at the Harvard Extension School. Soon after he was born in the U.S., Kerre moved back to Nairobi, Kenya with his parents and spent his childhood there. At 17, he returned to Minneapolis.

A self-described “party person,” Kerre wanted to connect with others around him who were also from the Kenyan diaspora. As an adult, he began throwing his own parties, which attracted many immigrants, for whom there was no existing party scene. His “underground parties” eventually grew into nightclubs. He says he was “too broke” to afford a DJ at parties, so he manned the music himself. What began as as the product of unfortunate circumstances would, in no short time, become a career in music.

It happened like this: DJing for diverse crowds, Kerre ventured into many different kinds of music. “As a DJ,” he explains, “you have to please everybody and play music everyone likes.” However, during his parties, he began to notice people were “dancing in shifts.” The demographics of the dance floor would change as he switched genres, from hip hop to reggae. In order to resolve this issue, Kerre began remixing popular music over “Afro sort-of vibes,” which eliminated the shifts and bridged people together. 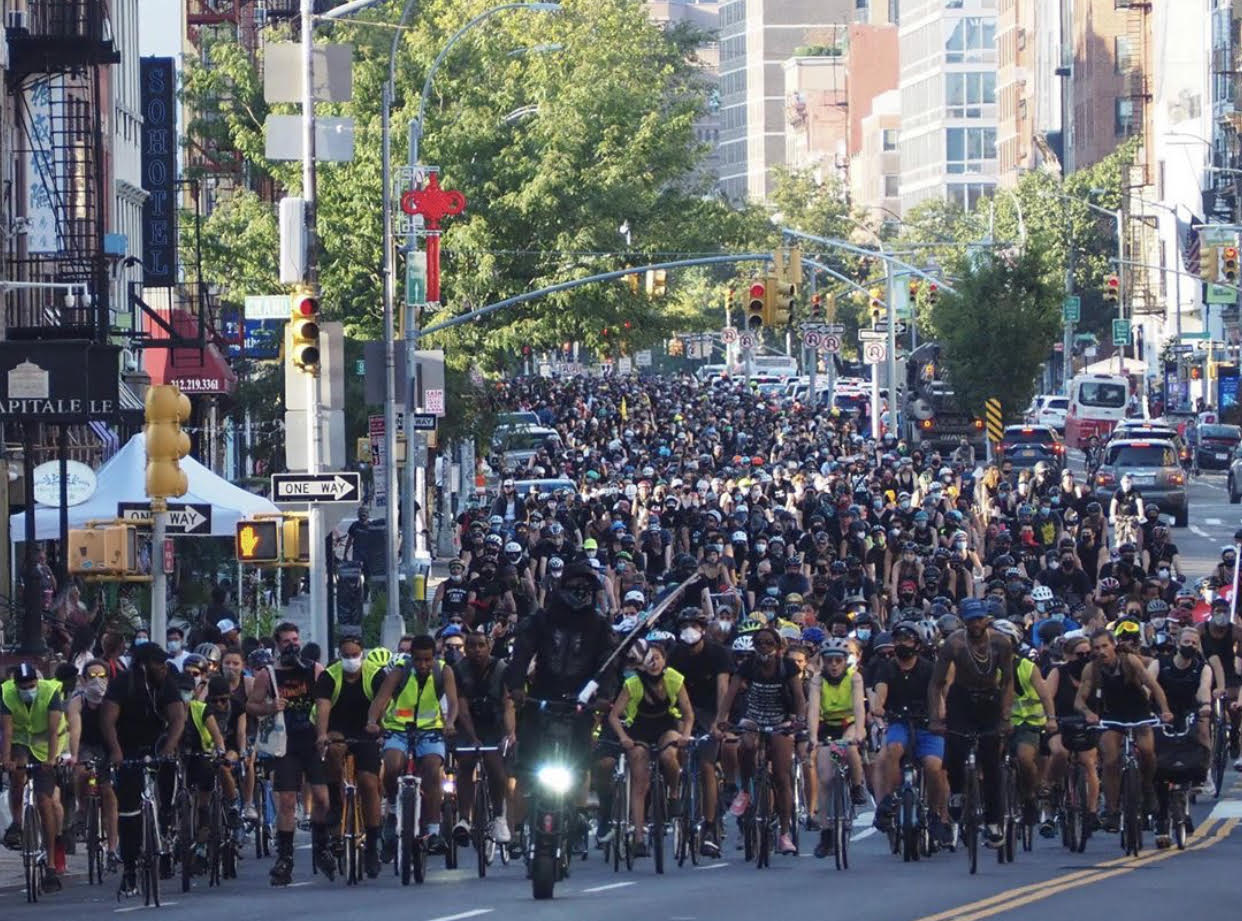 Kerre leads thousands of bikers in a Street Riders protest in summer 2020. By Courtesy of Peter Kerre

Kerre became well-known as a DJ in his Minneapolis community, particularly among other foreign students. He says that when someone needed a hand but did not have many friends or family in the U.S., people would tell them, “Call Peter, Peter’s the DJ. Peter knows everyone.” As he started to create connections between people, Kerre felt a growing sense of responsibility that he eagerly took on and built into the way he lives his life. “I just felt like I had to look out for people. So it just became something ingrained in everything I do.”

His magnetic quality lent itself to co-founding and organizing Street Riders NYC this past summer. In May 2020, Kerre was unable to return home to Minneapolis due to the Covid-19 pandemic, so he plugged into local protests in New York following the murder of George Floyd. Around that time, for safety reasons, he had stopped taking the subway and invested in an electric scooter that looked like it came “out of a Mad Max film.” He quickly realized that the headlights on his scooter could protect the marchers from oncoming vehicles, especially as it became darker outside, so he found himself at the heads of crowds, using his lights to lead the way.

DJs, he says, “are the most influential grassroots connection to the people, only rivaled by preachers and pastors. Even politicians have nothing on us. DJs know everyone on the streets.”

As fellow protesters with bicycles began riding with him, he began to bring more and more riders along, calling people-in-passing to join as well as utilizing social media and mobilizing his own networks. Before he knew it, he was leading over 10,000 bike-riders on a protest through the streets of New York City. 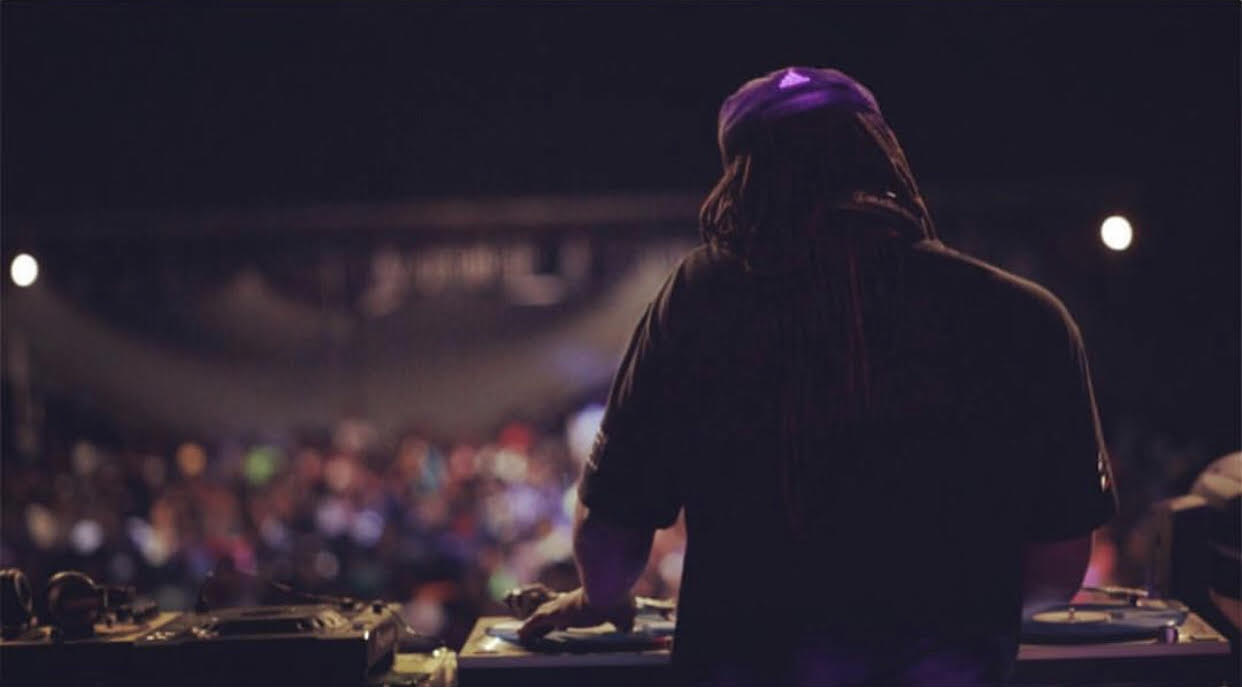 Peter Kerre is an activist, community organizer, cybersecurity expert, and student at the Harvard Extension School. By Courtesy of Peter Kerre

Though he describes them as “opposite worlds,” Kerre believes his work as a creator and activist was, in some ways, actually informed by his work in the structured world of cybersecurity. “There is structure and discipline behind the wildest thing we’re doing,” he says, whether it’s cycling on the freeway or walking strangers home from the subway.

Most recently, Kerre founded Safe Walks NYC, a network of verified volunteers across Brooklyn and Manhattan ready to escort people, women in particular, to or from the subway. Kerre was able to tap into a resource he had been developing throughout his time in New York: people. When describing why he started the initiative in January, Kerre explains, “I live right by this area, and it’s hurting me that someone is attacking more and more women.”

Safe Walks has since expanded to also protect Asian Americans against violent hate crimes during the pandemic, with a program in Chinatown Manhattan. Since January, there has been so much demand for this community-based service that Kerre is now in the process of upgrading from an Instagram page to an official Safe Walks app.

To everything he does, Kerre brings a radiant warmth and a staunch “desire to make life better for people.” He describes his upbringing as rough, one in which he and his family experienced many troubles and hardships. He recalls one night in particular when, as a child, he heard his mother crying in her bedroom at night and praying to God. “I’ll never forget that day,” he says, “I felt so helpless.”

Reflecting on that feeling, Kerre no longer considers himself helpless. He now holds the fundamental belief that “no one should have to suffer while I, an able-bodied human being, can step up for them.” He continues, “So that’s how I live my life. I step up for anyone.”

But Kerre also believes that anyone can step up for others. “My goal is that everyone can take what they learn and go out in the world and create and multiply similar efforts with the same zeal and wildness.”

Even as he continues his own zealous, wild efforts to advocate for justice, Kerre still manages to find time to escape into his music.

Behind every piece of music Kerre makes is a visual. This became even more clear to him when he took a digital photography class at Harvard Extension School. Walking the streets of New York with his camera, aiming to capture what might strike him, or incite a certain feeling in him, he began noticing sunsets. The oranges, yellows and reds rejuvenated him, fascinated him. Together, they presented a “warm escape,” like the safe spaces that Kerre creates, or as he describes it, “like summer.”

— Staff writer Dannie C. Bell can be reached at dannie.bell@thecrimson.com