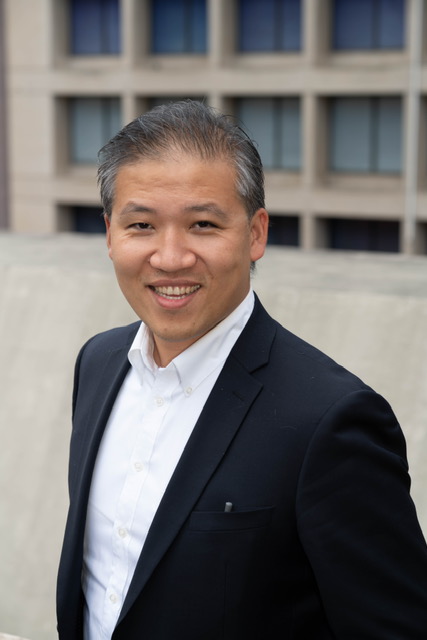 The Complicated Prophet of the Pandemic

More than a year after his controversial tweet warning of "thermonuclear pandemic level" threat, Feigl-Ding, to some, seems like something of a prophet.
By Ellen M. Burstein and Kendall I. Shields

When Eric Feigl-Ding was 17 years old, doctors found a baseball-sized tumor in his chest. The prognosis was grim — he had five years to live.

On a Zoom call two decades later, Feigl-Ding — a Harvard-trained epidemiologist and a former faculty member at the School of Public Health — gestures at his chest. “I still have the scar,” he says. After the tumor was surgically removed, it turned out that the diagnosis was wrong; Feigl-Ding would survive, and the ordeal would forever alter his outlook on life. “I quickly became obsessed with risks,” he says. “At the beginning, risk of cancer, but also, risk of anything.”

In January 2020, after hearing about the rapid spread of the novel coronavirus from relatives living in China, Feigl-Ding tweeted, “HOLY MOTHER OF GOD,” warning of what he called a “thermonuclear pandemic level” threat. Citing a preprint publication arguing that the virus was significantly more transmissible than previously understood, he urged the Centers for Disease Control and Prevention and the World Health Organization to declare a public health emergency.

Feigl-Ding soon faced widespread backlash. Established science communicators criticized him for his use of alarmist language and his reliance on a publication that had not yet been peer reviewed. The Atlantic published an article, titled “How to Misinform Yourself About the Coronavirus,” about Feigl-Ding’s now-deleted Twitter thread. Feigl-Ding based his warnings on the coronavirus’ R-Naughtvalue, the number of individuals an infected person is likely to transmit the virus to. However, the piece in The Atlantic criticized Feigl-Ding for incorrectly claiming that the novel coronavirus was eight times as infectious as SARS and failing to acknowledge that other infectious diseases, including measles, also have high R-Naught values.

More than a year after his tweet, Feigl-Ding, to some, seems like something of a prophet. Over 2.5 million people have died of the coronavirus worldwide. Millions of Americans have lost their jobs. Harvard, which former Dean of Students Archie C. Epps III once quipped would “close only for an act of God, such as the end of the world,” has been largely remote since last March.

Although Feigl-Ding’s prediction was correct, some still denounce his attention-grabbing tone and sensational approach to science communication. His tweet threads are multi-part missives dotted with bright-colored emojis.

After the pandemic started, Feigl-Ding joined the Federation of American Scientists as a senior fellow; shortly after, he resigned from his teaching position at Harvard. Today, he continues to share his thoughts on developing stories related to Covid-19 via Twitter, where he has amassed over 440,000 followers.

Below are excerpts from our conversation. The transcript has been edited for length and clarity.

FM: What compelled you to start sounding the alarm so early on, before the public health community and political community were raising concerns about the virus?

EFD: A lot of people in science are very conservative; they need a mountain of evidence to prove anything before they can determine that, say, XYZ causes cancer. I was seeing, for example, the WHO saying there was no evidence of person-to-person transmission, even though there was tons of anecdotal evidence of human-to-human transmission. I work in public policy. I know that political leaders need clear messaging, fast messaging, and pandemics need early messaging and urgency. Even in the absence of clear and perfect science, you need to act urgently. I respect a lot of other scientists, but I realized they were never going to really shout about it at the volume necessary to get the public's attention, media attention, [and] political leaders’ attention. So I decided, I need to do it.

FM: What was the reaction, and was it consistent with what you had expected from your peers?

EFD: My D.C. policy friends said this was the right move. Someone needed to do it, but no one wanted to do it themselves. Now, on the flip side, those who work in infectious disease and epidemiology full-time didn’t like it because, in certain ways, they don’t have their ears in China the same way many of us Chinese-Americans do, and their academic career was much more an ‘I need to see more data’ kind of thing. But you must act fast, especially in a pandemic. If you wait until you’re absolutely certain, you’re going to be too late. So obviously, some people disliked that, and I knew it was going to happen. I was prepared to take the hit. I was insulated because my tenure was not on the line. A promotion wasn’t on the line. My grant funding wasn’t on the line. And so I had a lot of supporters. And there were also a lot of detractors, but I think it was worth it because someone needed to do it.

FM: What motivated your decision to leave Harvard?

EFD: The first time I left Harvard was in 2018. I resigned to run for Congress, and so I resigned with the blessing of my department chair. The whole system of science is you publish and hopefully policymakers use it for creating public policy, but under Trump, none of that mattered. So there was this movement for scientists running for office, and I ran in my home district in Pennsylvania. In response to gerrymandering, there was a redistricting, so it was a purple swing district, still, leaning red. After I didn’t win, my Harvard colleagues were supportive and immediately gave me an appointment. After the pandemic started, I was recruited by the Federation of American Scientists, which is a D.C. policy think tank; I thought it was a really good fit.

FM: You’ve mentioned a disconnect between anecdotal evidence — the things that people in everyday life are experiencing — and the rate at which academic science research is conducted and published. What do you think can be done to help those facets all work together better, especially in this age of social media?

EFD: I think social media has risen to a new level. Ten years ago, Facebook was still young, and everyone was a casual user for the most part. Now, I think Twitter is also very impactful because that's where all the reporters are; they aren’t hanging out on Facebook. People said I was some attention-seeking person, but if I was, I would have put that “holy moly, God” thing on my five-million-person Facebook page, not my 2,000-follower Twitter page. I wanted to reach the policy leaders and obviously, that one [tweet] took off. There are people from Australia, New Zealand who say they read my thing and took action, and the governor of Maryland actually sent me a note in July say[ing] your tweet made us take action. I’m not one of those preppers who likes to stock up on personal gear and survival equipment, but I think the philosophy around it is right.