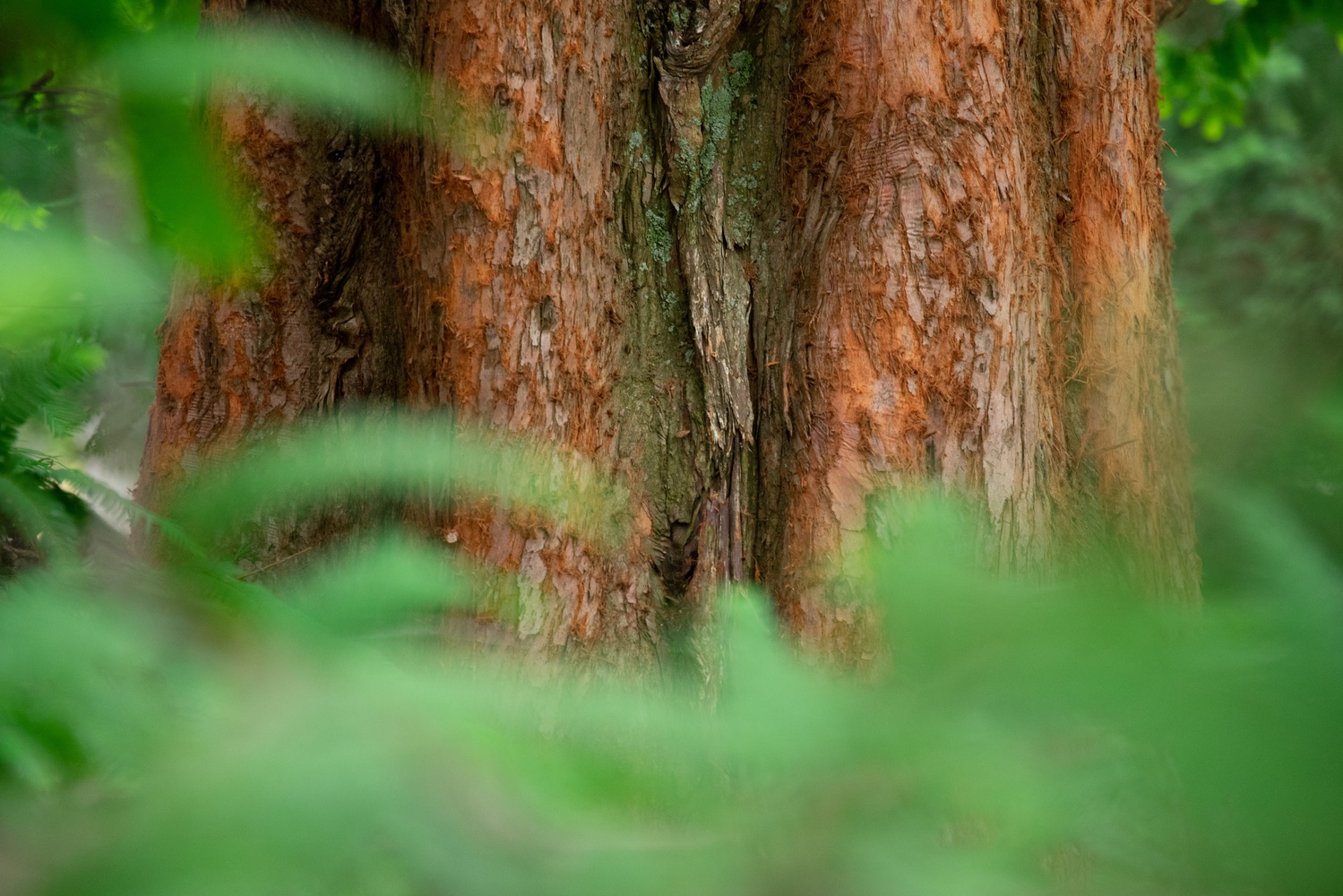 A close-up of a dawn redwood's distinctive bark. Once thought extinct, these rare trees were brought to Harvard's campus in the 1940s through a Sino-American botany partnership. By Julian J. Giordano
Advertisement
Advertisement

Though they grow peacefully now, dawn redwoods didn’t come to Harvard without “a big fight in the tree world,” as a 1952 Crimson article put it.
By Maren Wong

A little stream flows through several clusters of dawn redwoods at Harvard’s Arnold Arboretum, dampening the dark, soft wood of their trunks.

These trees were presumed to have been extinct for millions of years until 1941, when a cluster was found in China’s Hubei province, hidden away in the remote Mou-tao-chi valley. Now, the Metasequoia glyptostroboides grow in small groups around the Arboretum, just as they do in the eponymous Metasequoia Valley, according to Lisa Pearson, head of the Arboretum’s library and archives.

“Their name in Chinese, shui-sha, means water fir,” Pearson says. “They like having their feet not wet-wet, but near the water to put their toes in. They like the moisture, and it’s a perfect area: Our meadow is sometimes completely flooded out.”

Though they grow peacefully now, the redwoods didn’t come to Harvard without “a big fight in the tree world,” as a 1952 Crimson article put it. Science journalists argued over whether Elmer D. Merrill, a former Harvard botany professor, or Ralph W. Chaney, professor of paleontology at the University of California Berkeley, had brought the seeds to the U.S.

Merrill, then director of the Arnold Arboretum, had established a collaboration with Chinese botanists to meet the institution’s financial and scientific needs. “I haven’t forgotten our conversation regarding ‘raids’ on China from a horticultural-botanical standpoint,” he wrote in a 1947 letter to a fellow American botanist.

Merrill then “continued this exploitation” on behalf of arboreta and botanical gardens across the U.S., as he boasted in the same letter. “There has not been a single failure … In general for what it would cost to send one man from here and cover his salary and travel expenses, I could maintain a dozen expeditions in China.” From one of these expeditions, launched in 1948, the Arnold Arboretum acquired 1 kilogram of Metasequoia seeds. The seeds, Pearson mentions, are the size of “one of the little plastic heads on a straight pin,” making collecting 1 kilo an “amazing accomplishment.” 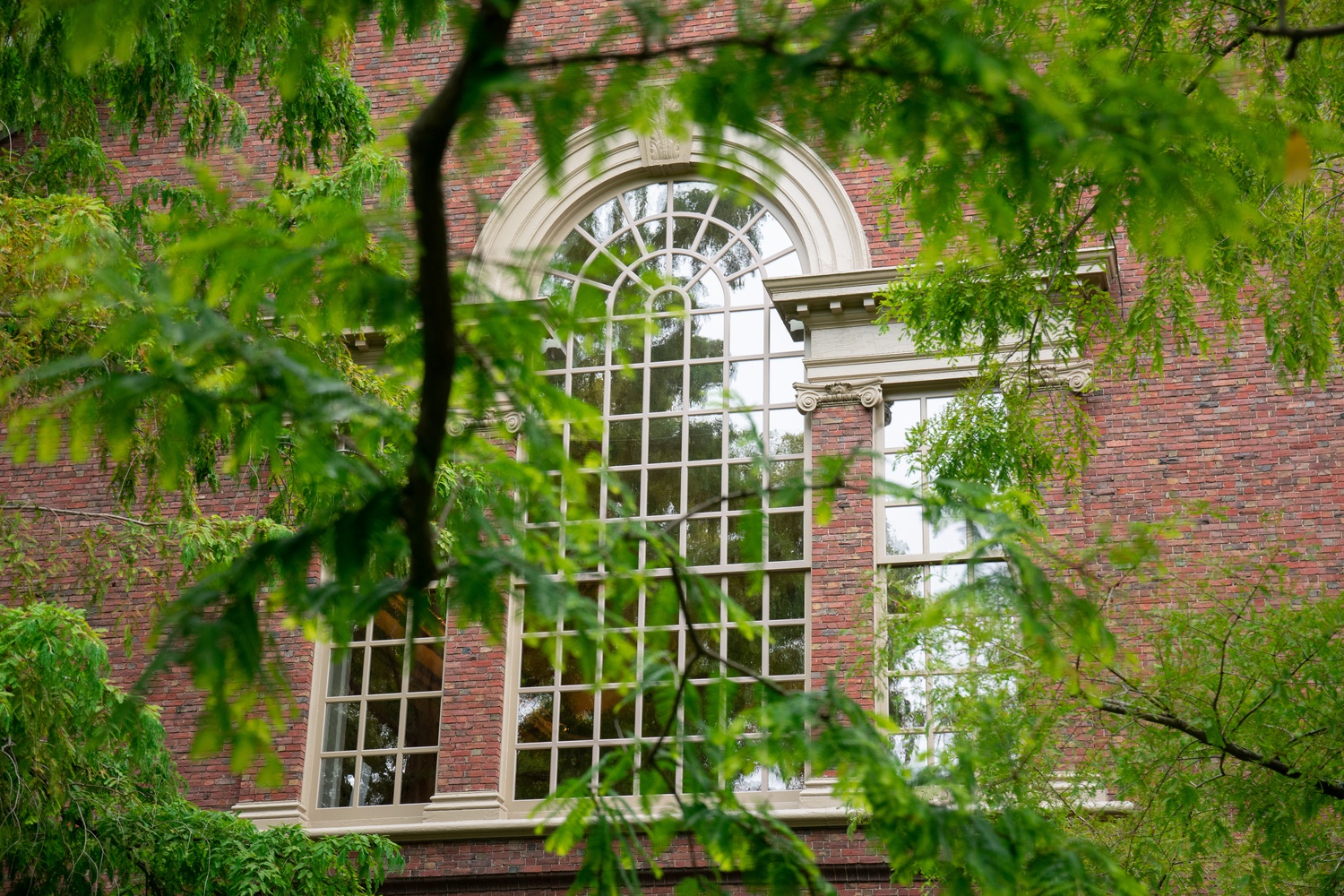 Branches reach toward one of Memorial Church's windows. - 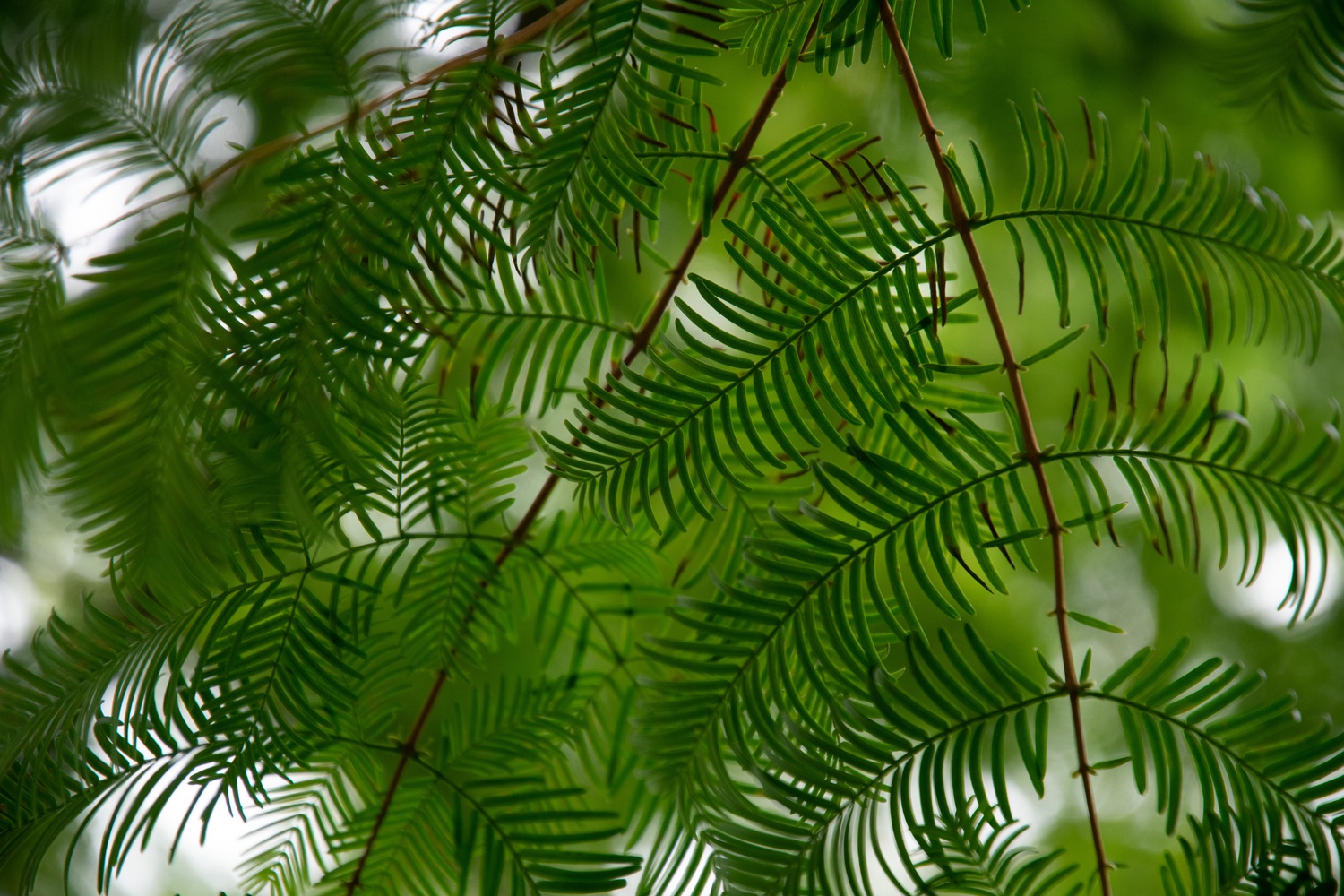 Delicate needles on a dawn redwood. - 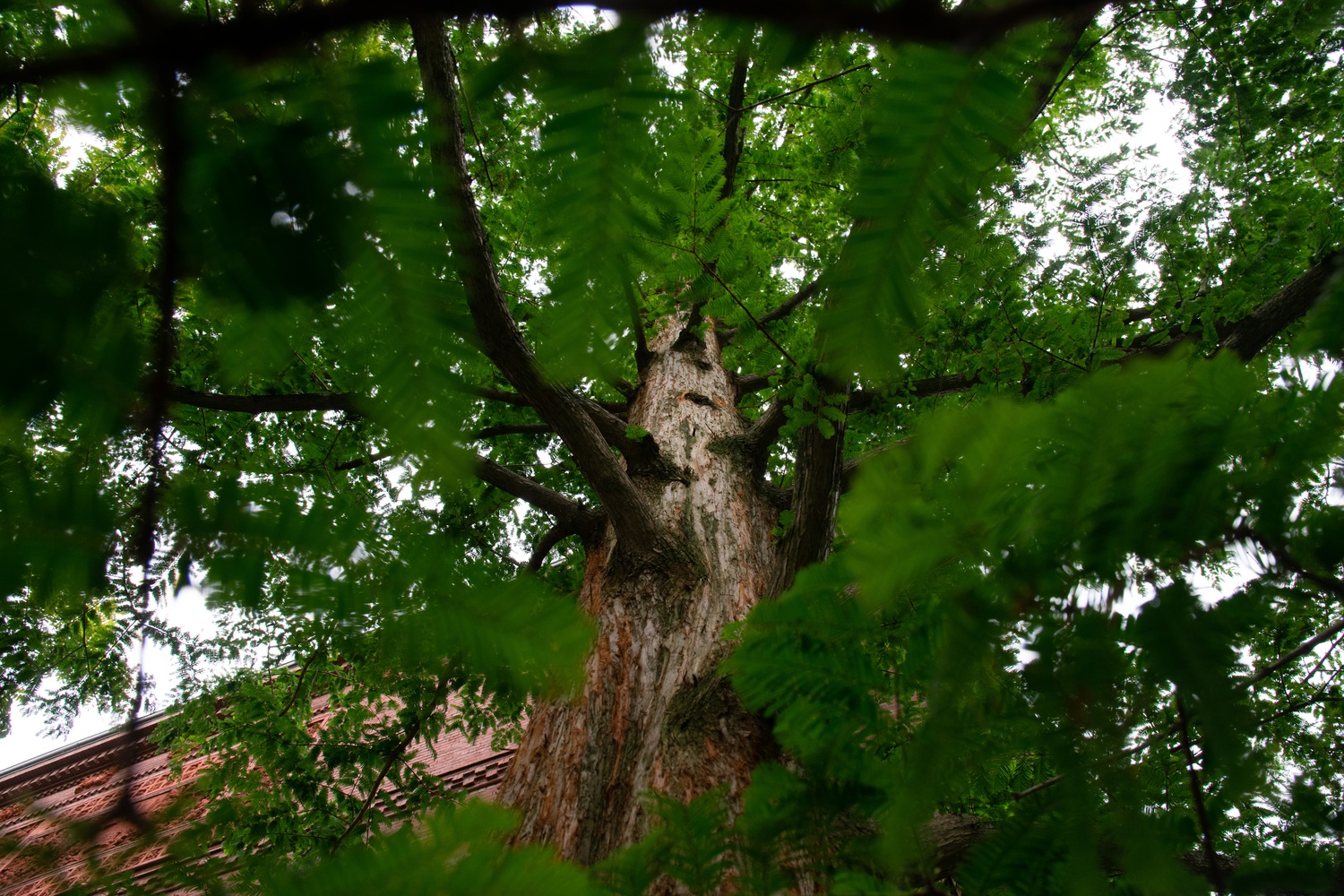 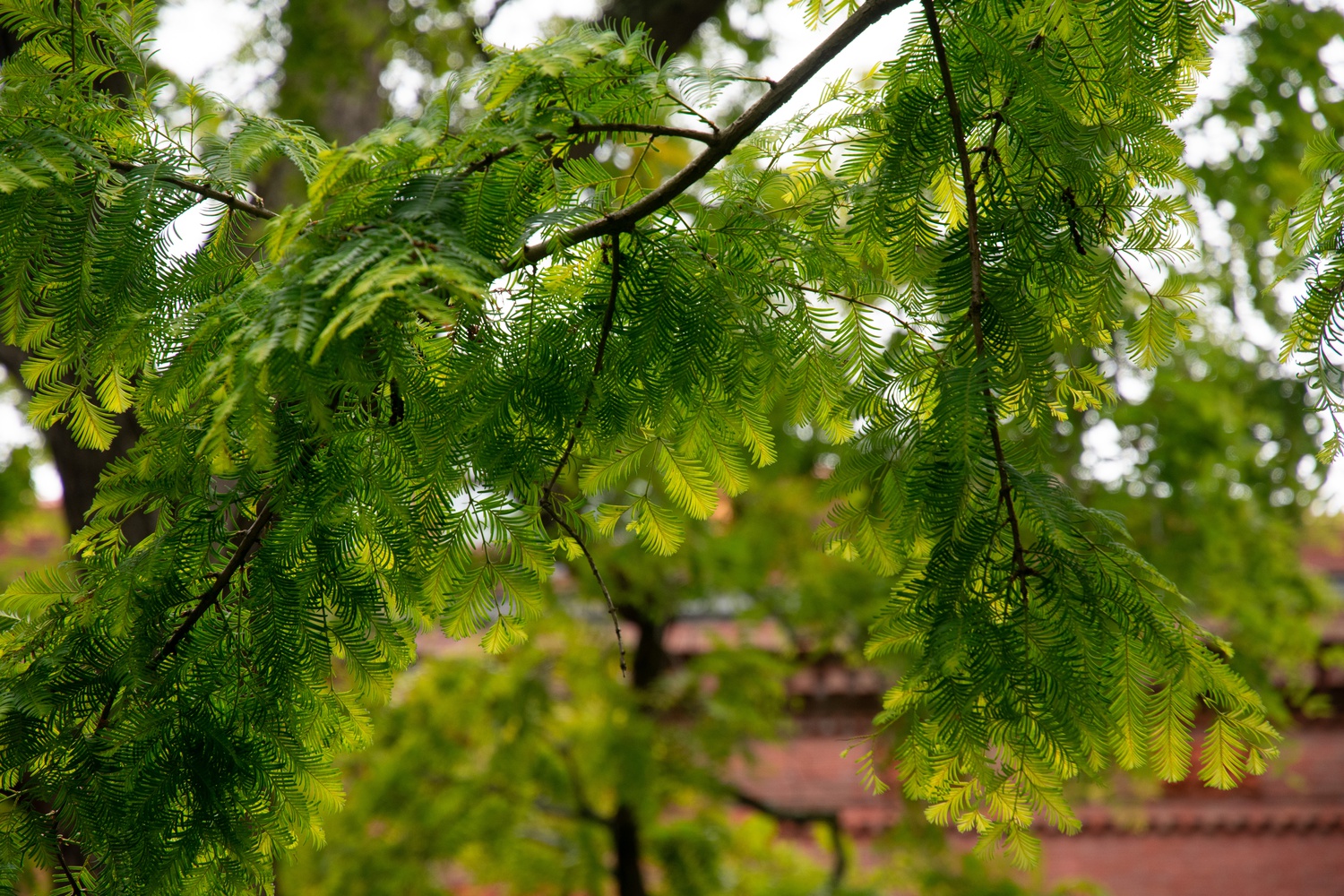 But soon after Merrill received these seeds, Chaney traveled to China’s Mou-tao-chi Valley, where he took a series of striking photos. In one, a family stands between the thick, gnarled trunks of two dawn redwoods — shui-sha — holding hands and giggling. The trees have thick, gnarled trunks, huge at the base and rising high above neighboring trees. Great gaping roots appear easy for a child to snuggle into. Petite strands of ivy climb up the soft wood. Next to Chaney’s photos, Merrill penciled a note: “Who couldn’t wait for collecting season.”

Though Chaney never actually claimed to have discovered or procured the trees, the publicity photographs he took in Mou-tao-chi Valley were enough to convince the press — and even many botanists.

“Credit is credit in any man’s language,” a Crimson article cites Merrill grumbling. “Chaney had nothing to do with it; the Arnold Arboretum of Harvard University deserved all the credit.” Merrill later groused to a colleague about The Crimson’s coverage: “There were a couple of boners in the article.”

According to Pearson, Merrill did not necessarily want all the credit, but probably felt like Chaney was trying to steal his thunder. “It’s a case of two big personalities butting heads with each other,” she says. “Neither of them came out looking particularly well after that.”

Harvard’s dawn redwood collection grew from the foundation provided by Merrill’s “raids” on Chinese botany. Hu Hsen Hsu, director of the Fan Memorial Institute of Biology in China, worked with Merrill to classify the new species, collect seeds, and ship them to the Arnold Arboretum. Merrill sent him $250 U.S. dollars to fund the expedition — the equivalent of a little over $3,000 today.

The “student-teacher relationship” the Chinese had with the American botanists early on did not last, Pearson says. “The Chinese students were learning from us. By the time the Metasequoias were discovered, it had really blossomed into a partnership of colleagues.”

Merrill went on to ship the dawn redwood seeds to arboreta and botanical gardens around the world. Today, they grow in Harvard Yard, outside Elmwood, the University President’s residence, and in the Arboretum itself, where a grove sits across from the main Hunnewell building. 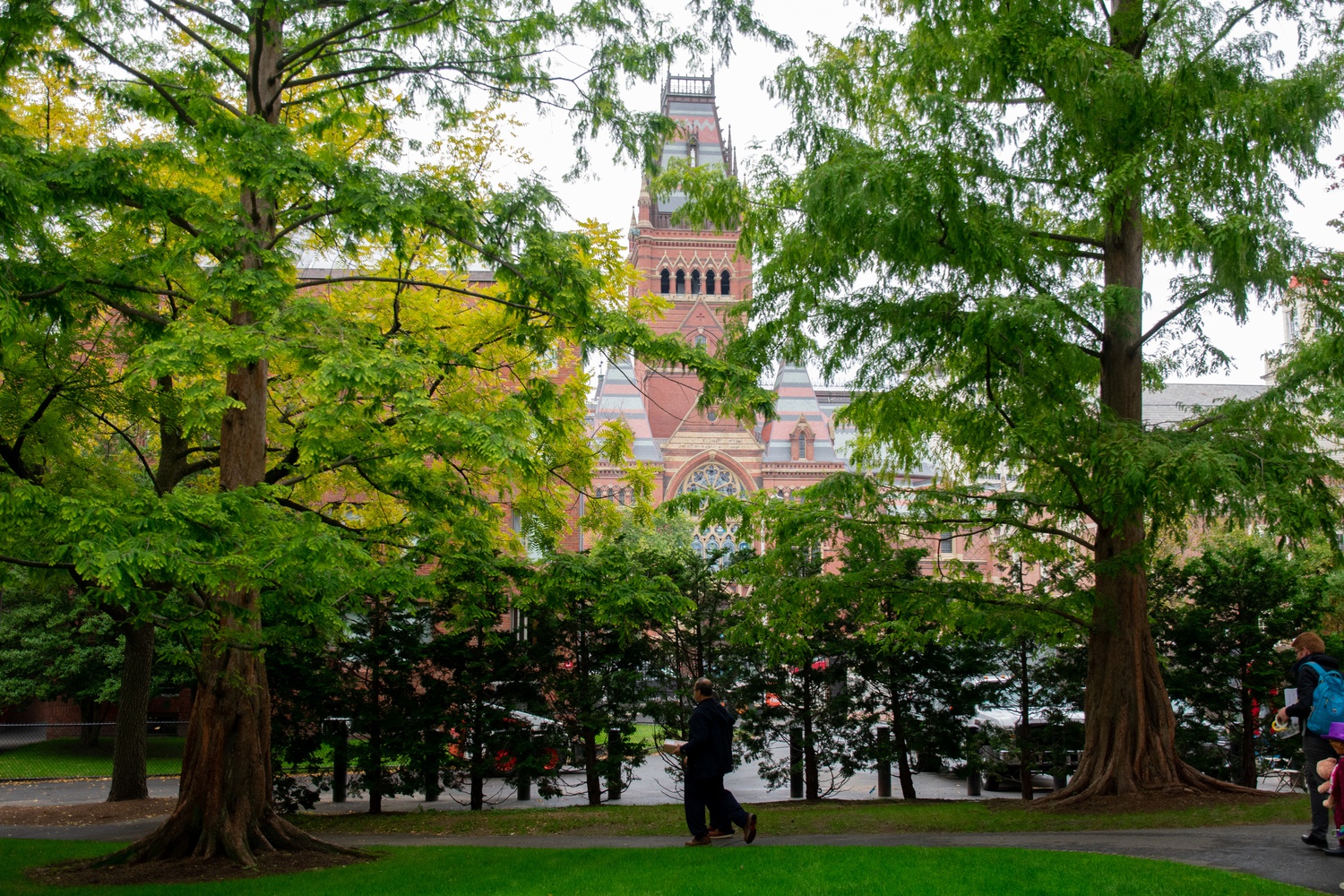 While conflict between the two professors took center stage, neither was able to preserve relations with Chinese botanists when China closed in 1949 after the Chinese Revolution.

According to Pearson, it was Dr. Shiu-ying Hu, the second Chinese woman to receive a doctoral degree in botany from Harvard, who kept the ties open. Hu studied the flora of Hong Kong, and slipped new articles and books to her Chinese colleagues in secret.

“[Hu] was a ball of fire,” Pearson says. “She was a trailblazer in that she stood up for her rights.” When she began working at the Arboretum as a botanist, Hu’s salary was equivalent to that of the janitor’s.

Her work paved the way for several Sino-American botanical expeditions and conferences in the late 1970s and early ’80s. These, in turn, led to the present-day North America China Plant Exploration Consortium, a collaborative effort to preserve rare Chinese and North American plants. Utilizing these ties, the Arboretum collects seeds, brings new genetics into the gene pool of existing trees at the Arboretum, and then ships genetically diverse seeds all over the world.

Despite the challenges posed by climate change, Harvard’s dawn redwoods have been thriving. “The area where dawn redwood comes from is actually a little bit warmer than it has been here traditionally,” Pearson says, “so actually they’ll be even happier here now as things warm up a little bit.”

You can find Metasequoia glyptostroboides around the Yard, in the Arnold Arboretum at Jamaica Plain, or all the way across the globe.