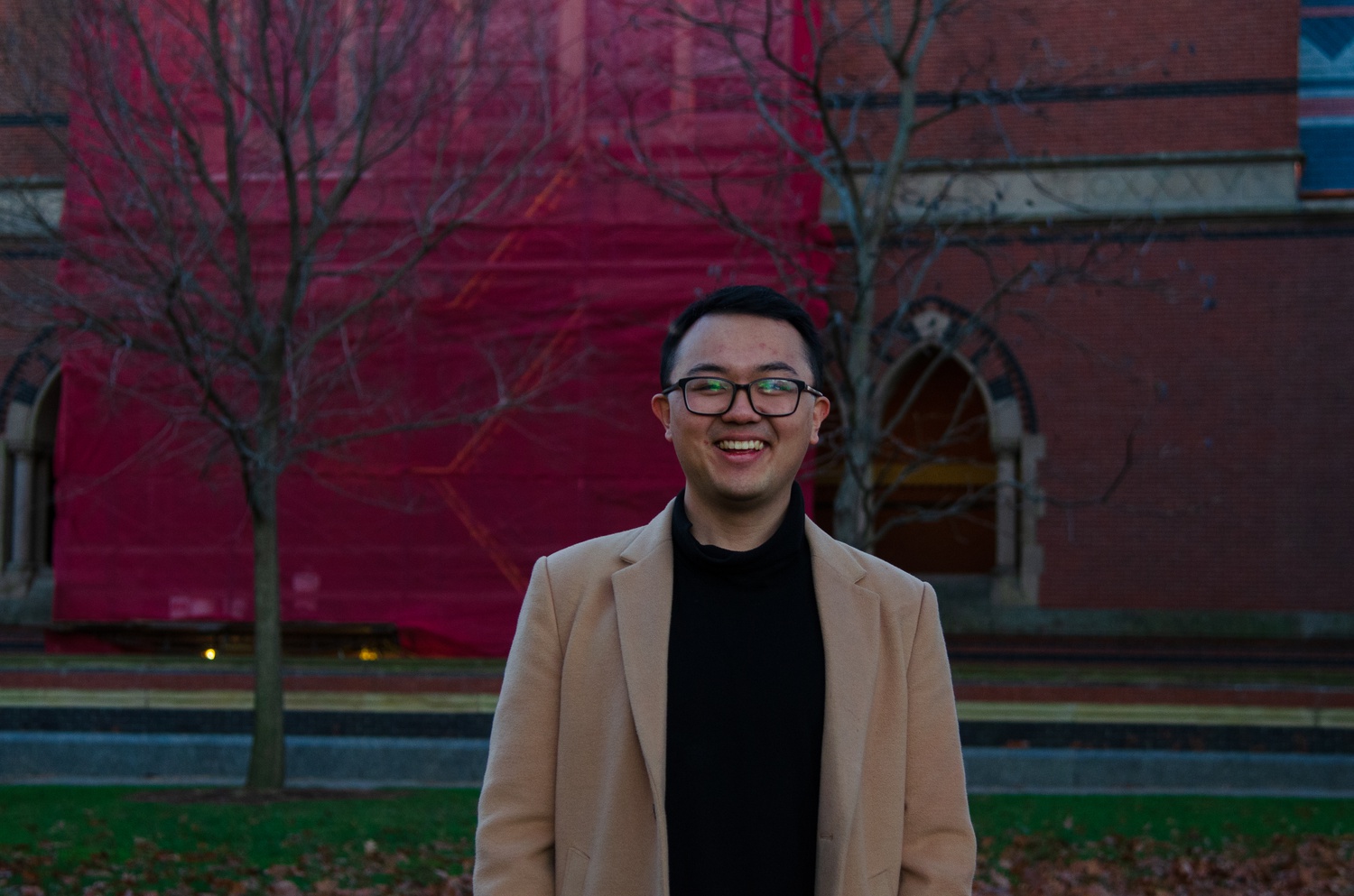 Most Likely to Be President: Charles Hua

Charles X. Hua has been nominated by his peers as the Harvard senior most likely to become President of the United States. As Hua tells me about his train trip across the country, I begin to understand why.
By Harrison R. T. Ward

“I always had this intellectual picture of what the U.S. looked like,” Charles X. Hua ’22-23 tells me. In reading the news and listening to radio and podcasts, he says he found a narrative of “negativity, of toxicity, of polarization, of conflict.”

It wasn’t until he took an Amtrak across the continental United States, from Boston to San Francisco, that he realized “so much of the real beauty of this country has been lost in that discussion.”

“It’s not just like the physical landscape,” he says. “It’s also the people.”

I am speaking to Hua because he has been nominated by his peers as the Harvard senior most likely to become President of the United States. As Hua tells me about his train trip across the country, I begin to understand why. Not just because his story about rediscovering America’s beauty is straight out of the Barack Obama Textbook of Unifying Campaign Speeches, but because despite that, it’s incredibly earnest, and despite my cynicism, I believe it.

Hua has an easy charisma about him, even though his resume sounds like it’s straight out of a U.S. News and World Report story about how impressive you need to be to get into Harvard these days. Throughout our entire interview, there is never a hint of arrogance or ego.

Though Hua is many things — a sportscaster, a photographer, a Statistics concentrator and concurrent master’s student — he is primarily a climate activist. His train trip, which took him through the Rocky Mountains, the plains of Montana, and the forests of the Pacific Northwest, helped him realize that many climate policies are “disconnected” from the people and the places they affect. Hua believes lawmakers who design climate policy need to “get on the ground.”

Hua’s first foray into climate work was an early instruction in that very lesson. As a high schooler in Madison, Wisconsin, he and his fellow students began a campaign to fit their school with solar panels. After several months of organizing, the group raised almost $150,000 and secured the Madison Metropolitan School District’s commitment to use 100 percent renewable energy — the largest school district in the U.S. to do so at the time.

Hua’s entire resume reads like this, impressive even by Harvard standards. In high school, he was named by the Department of Education and the White House as a U.S. Presidential Scholar — foreshadowing, perhaps.

Another one of Hua’s passions is sports. Despite not coming from a family of sports fans, he found himself drawn to the math and stats behind games.

He tells me that Green Bay Packers quarterback Aaron Rodgers was a favorite of his — until Rodgers’s reputation as an anti-vaxxer and his off-field antics overshadowed his achievements on the field. Still, Hua says, Rodgers was “a very high performer, but didn’t always pan out in the moments where it really mattered.”

“There was something very human to me about that,” he adds.

When I ask Hua which athlete’s legacy he more closely resembles, Rodgers or Brady, he says, “it would be really bold and cocky of me to say I fell into either.”

What Hua offers instead is a third option: Roger Federer, the patron saint of a “human vulnerable success” and one of Hua’s favorite athletes. In a moment of spontaneity, Hua flew to London this semester to watch Federer’s last match. Federer lost the match but remained “classy,” Hua says; afterwards, he broke down in tears next to his longtime rival, Rafael Nadal. 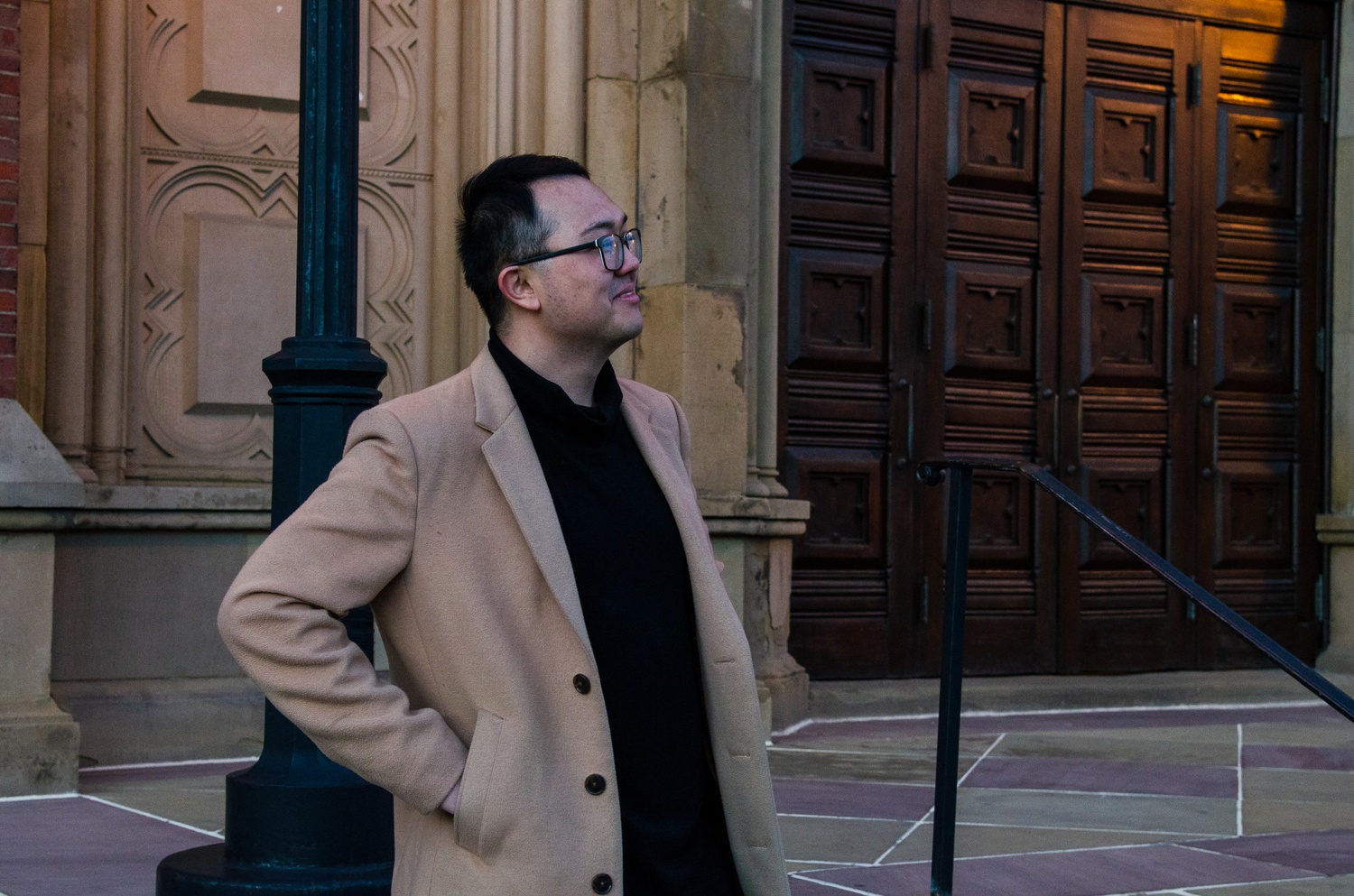 I wanted to interview the Harvard undergraduate voted most likely to be president because I thought the honoree would seem more like a myth than a person, something closer to the Brady-like, unobtainable success than someone “human” and “vulnerable.” They would be someone you could talk about, but not someone you could talk to. They would be the type of person you would tell your friend about in hushed tones: “I heard they’re taking seven classes and doing a concurrent master’s.”

When I first met Hua, that’s who I was expecting. Instead, I met someone more focused on his personal growth than the “end points achieved,” as he puts it.

I ask Hua what he hopes his legacy will be. “Man, I’m 22 and being asked about legacy. I love that,” he says. “Freshman year me would be very proud of who I am now — not for any tangible accomplishment or achievement, but for just the mindset with which I approach things.”

And for what it’s worth, if he ever runs, I’d vote for him.