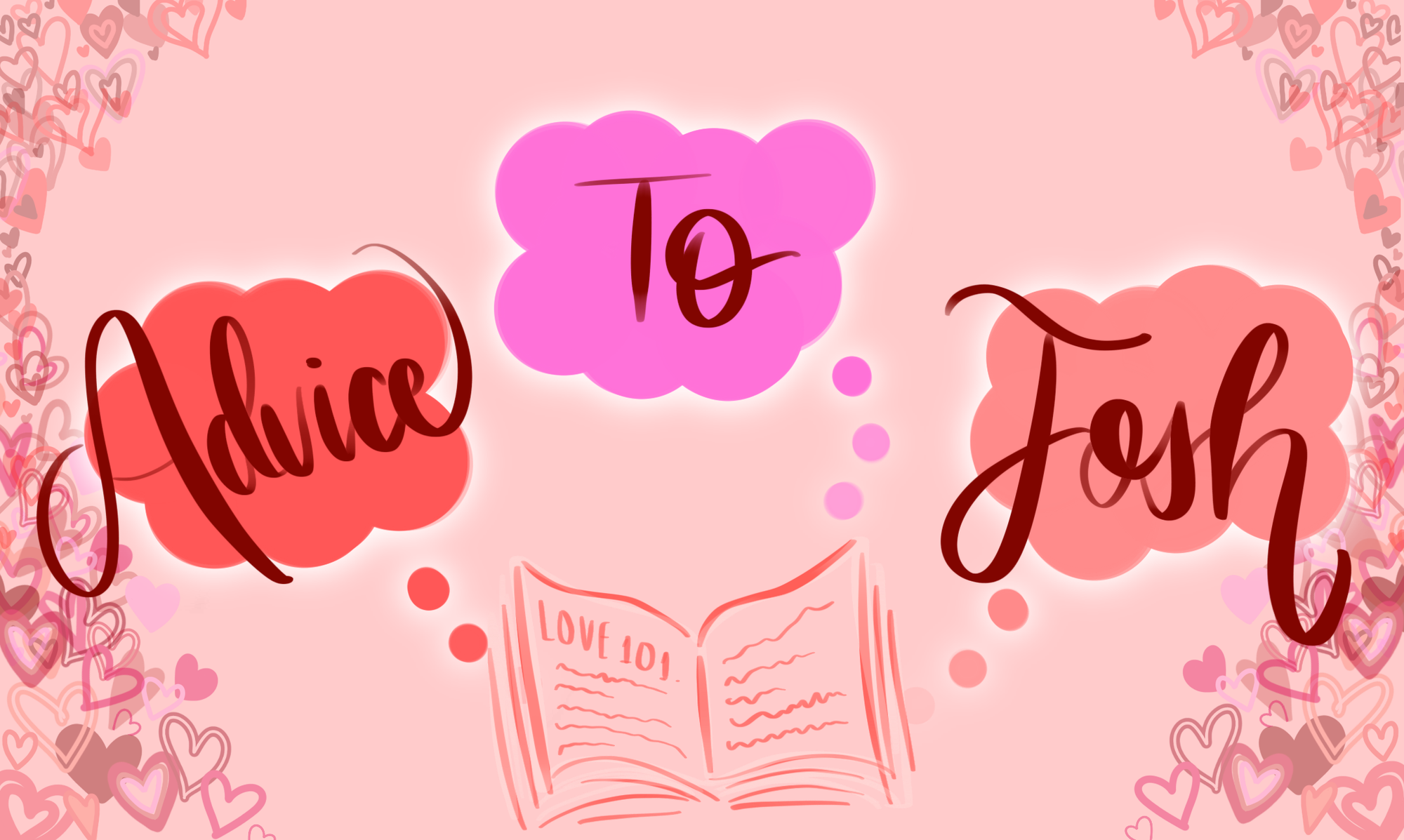 Advice to Josh: What is Love?

February is scary for a lot of reasons: three of Taylor Swift’s exes have their birthdays this month, The Boy Scouts of America was founded back in February 1910, and Valentine’s Day exists. Between wondering why hearts don’t look like anatomical hearts and how the Datamatch algorithm works, this amorous holiday can be a confusing time for many people, but for no one more so than our cherished, forever-freshman Josh. He needs FM’s help to get to the root of what this holiday is all about. We’ve asked some of our writers to help Josh answer the age-old question: What is love?
By Maliya V. Ellis, Sarah W. Faber, Tess C. Kelley, Kevin Lin, and Isabel T. Mehta

If it fits, it fits. It’s a “you just know” kind of feeling. The realization is sudden, but there’s so much thought involved right before that critical “aha!” moment. You have your options. Depending on the cards you’re dealt and how your deck was shuffled, you might feel like you’re going to have to settle for a “mehhh” option that you think maybe could work if you just learn to put up with the things that give you pause, but I’m telling you not to. To quote a Honda ad campaign, “Why settle for less?” You want it to feel seamless. You want to feel snug and warm and, of course, dexterous. Don’t force it. Remember, Josh, that with every fiber, you’ll literally feel if it’s perfect for your hands. Oh, you should maybe check the brand, and honestly in these Boston winters, you’re gonna want an extra thermal pair. Wait. Were you talking about lo— ohhhh. I thought you were looking for a GLOVE.

You don’t realize it’s love when they serenade you with your favorite song. Or when you come home to a path of rose petals and candles leading to a romantic dinner. Love isn’t like that. It’s about the little things, the small gestures that show you really care.

Oh, and it’s also about soccer.

You know it’s love when you’re watching highlight reel after highlight reel of soccer matches on YouTube. And you know it’s really love if you ask why you’re watching said highlight reel if no one actually scored in the 90 minutes of the game and are okay with the answer that “it’s just really exciting to see them get so close.” You know it’s love when you go from knowing some guy named Messi plays for a team called Madrid to explaining to your parents why Messi had to leave Barcelona and go play for PSG due to league restrictions on players’ salaries. Love is watching him play FIFA for hours and agreeing with him when the computer program disguised as a ref makes “irrational” calls. And you know it’s really love when you finally learn to play the game just so the two of you can play doubles.

Hiya, Josh. With V-day right around the corner, you’re probably wondering: how do you know when Cupid’s arrow has found its mark? Well, you’ve come to the wrong place. Seriously, why did you think a 20-year-old who’s only been in one real relationship would know anything about l’amour? I can, however, tell you what love is not.

Are you feeling weakness in the knees, loss of appetite, and general malaise? Sure, you might be pining after a crush, but you also might have scurvy. Eat an orange, just to be safe. Having heart palpitations and sweaty palms while gazing upon that cutie in your GenEd section? Don’t jump to conclusions — you might just have a hyperactive thyroid. Whatever your symptoms, a quick visit to WebMD will cure you of any silly notions about love. Might I remind you, we’re in the midst of a global pandemic? Last I heard, Cupid is self-isolating. Stay safe out there, Josh.

Josh, you know you’re in love when you feel calm and like nothing bad can happen to you. When you are in love, there is a sense that you are protected. Also sex. But really, in my experience, it is more about this overpowering feeling that everything is just right, and good, and that even if you make mistakes, the consequences will never hurt you — not really. I also think that when you are with someone you love, the part of your brain that perceives yourself as a vulnerable and flawed and judgeable body — the feeling of being at a crowded party without knowing anyone, for example — ceases to exist. You simply do things and say things because you want to, and it is easy to make decisions about what to do and say because there is no sense that you shouldn’t be yourself in your most uninfluenced form, or that you should change, or do anything different.