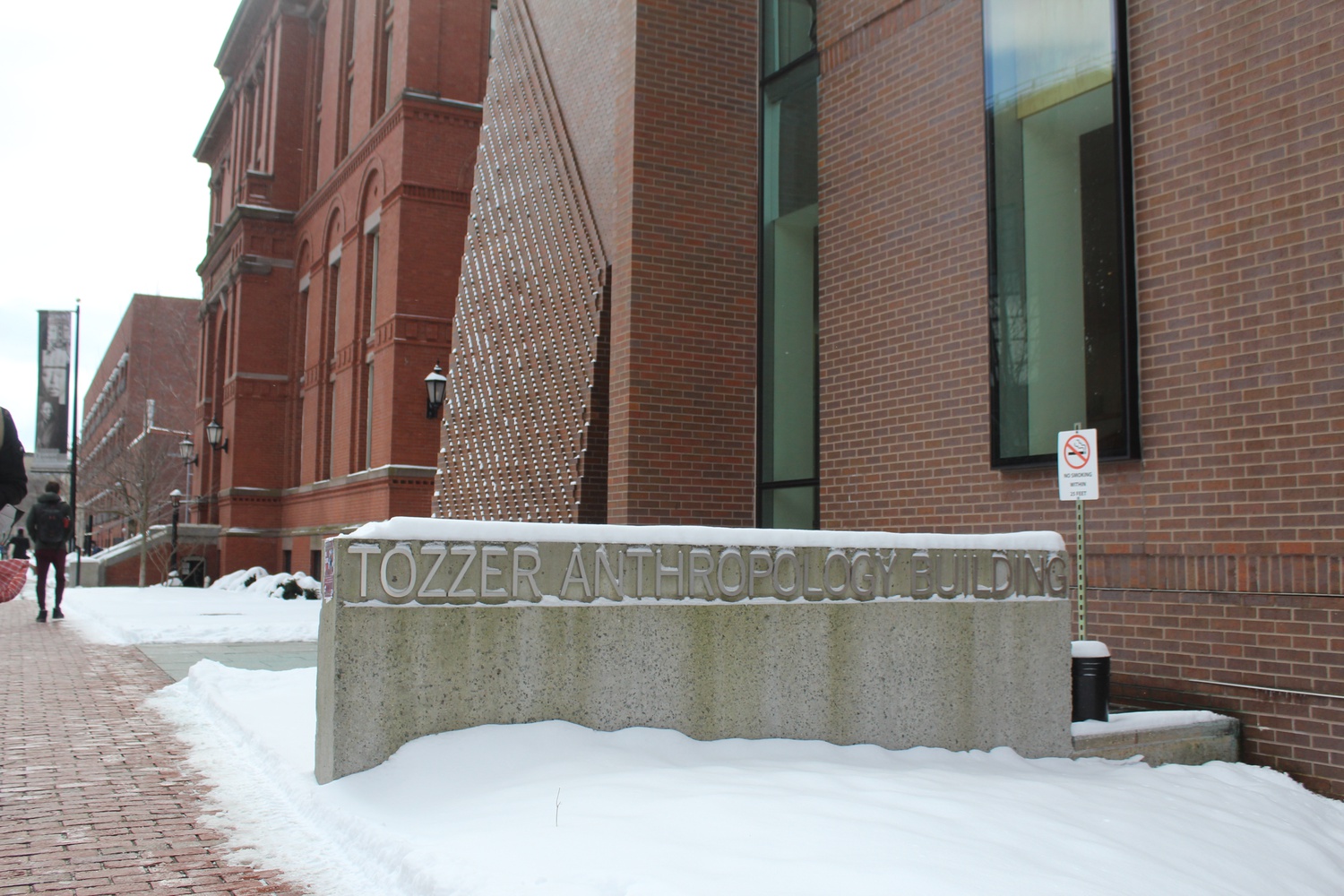 In a three-sentence letter sent to Comaroff on Sunday evening, 15 Anthropology professors — including the department’s chair — wrote that they had “lost confidence” in him as a professor.

The letter comes amid growing furor over sexual harassment allegations against Comaroff, who was placed on unpaid leave by Harvard last month.

“We have lost confidence in your ability to be a teacher, mentor, colleague, and productive member of our department,” the letter said. “We believe that your continued presence undercuts our viability as a unit and impedes our efforts to build a more safe, responsive, and responsible community.”

Comaroff denies the allegations of misconduct.

“I am deeply distressed that my colleagues have taken this stance in the face of Harvard’s own findings and processes,” he wrote in a statement Sunday.

The letter was sent to Comaroff just after 5 p.m. on Sunday by the Harvard Anthropology Department’s chair, Ajantha Subramanian, who provided it to The Crimson in response to a related inquiry.

The senior faculty who organized the letter were unable to reach some tenured faculty members about their support for the statement before it was sent, Subramanian said.

Earlier this month, three Anthropology graduate students filed a federal lawsuit against Harvard alleging that the school ignored years of sexual misconduct complaints against Comaroff, a professor of African and African American Studies and Anthropology. The suit outlined a decade of sexual harassment and professional retaliation allegations against Comaroff, who was not named as a defendant.

Harvard Faculty of Arts and Sciences Dean Claudine Gay sanctioned Comaroff last month after University investigations found that he violated the the school’s sexual harassment and professional misconduct policies. Comaroff is barred from advising additional students and teaching required courses through the next academic year.

In a statement Sunday, Comaroff’s lawyers — Janet E. Halley, Norman S. Zalkind, and Ruth O’Meara Costello ’02 — called the letter a “moral panic.” They wrote that Harvard has “exhaustively investigated” allegations against Comaroff and disciplined him according to its findings.

“This was a lengthy process in which the complainants had extensive opportunities to be heard and to present evidence,” the attorneys wrote. “The lawsuit’s claims are unproven, and its most serious allegations were found, in Harvard’s multiple investigations, to be unsupported by the evidence. A moral panic is no substitute for a fair process.”

The Anthropology Department has been roiled by allegations of gender-based harassment in recent years. In May 2020, The Crimson reported on sexual harassment allegations against three prominent professors in the department, including Comaroff. 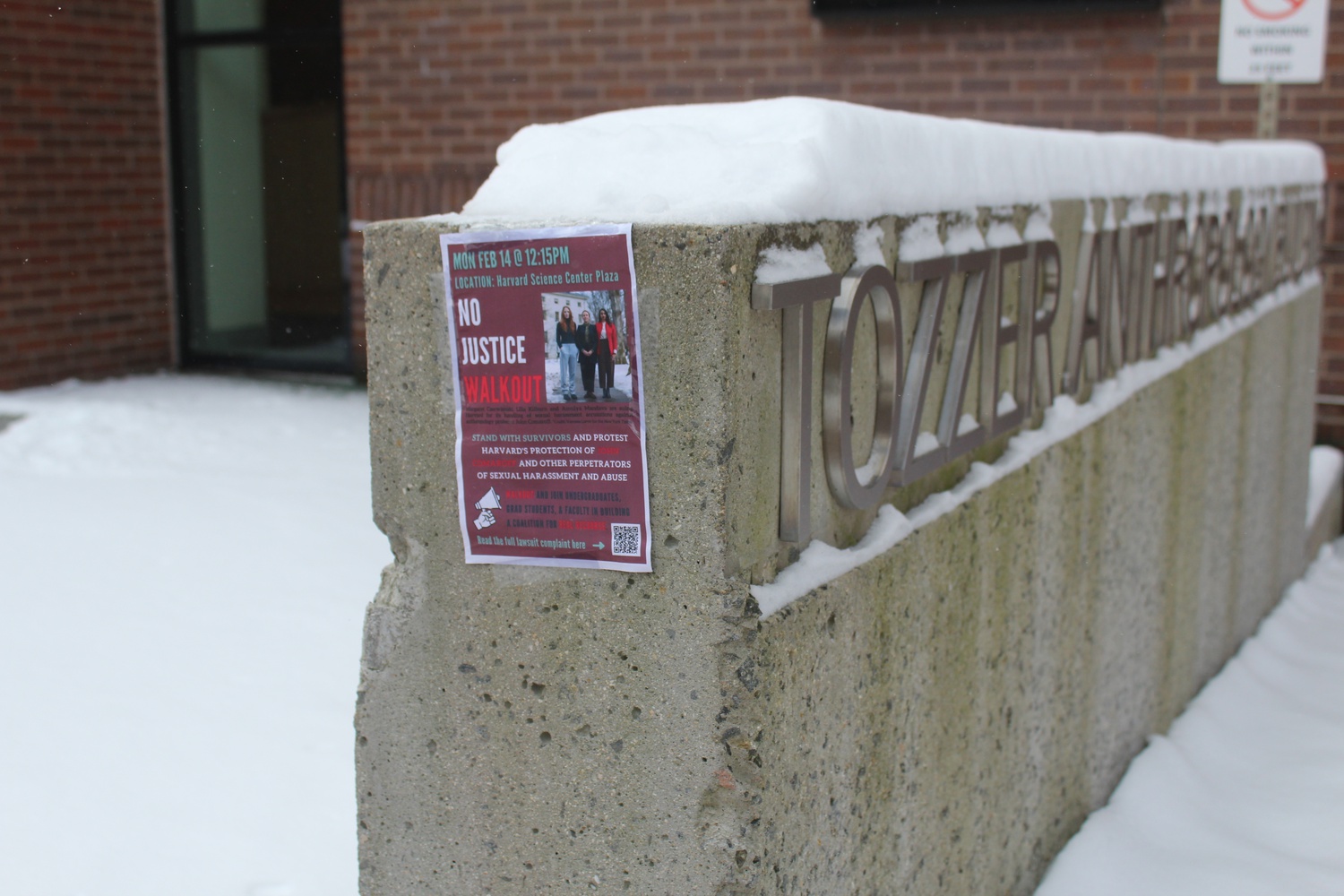 A flyer for a walkout held last Monday condeming Harvard's handling of the sexual harassment allegations against Comaroff was taped to a sign outside Harvard's Tozzer Anthropology Building. By Aiyana G. White

“We are calling on Professor Comaroff to resign from the Anthropology department because we believe that his return to our department after his administrative leave will undermine our sustained efforts to rebuild trust and create a safe and supportive learning environment,” Subramanian, the Anthropology chair, wrote in an email Sunday.

In the nearly two weeks since the lawsuit was filed, Comaroff has lost the support of many Harvard faculty, including some who initially defended him. Earlier this month, 35 faculty members retracted their support for a letter they had signed just days before that questioned the results of misconduct investigations into Comaroff.

The FAS first placed Comaroff on paid administrative leave in August 2020 after The Crimson reported that at least three female students had been in touch with Harvard’s Title IX office about allegations of sexual harassment and retaliation by Comaroff.