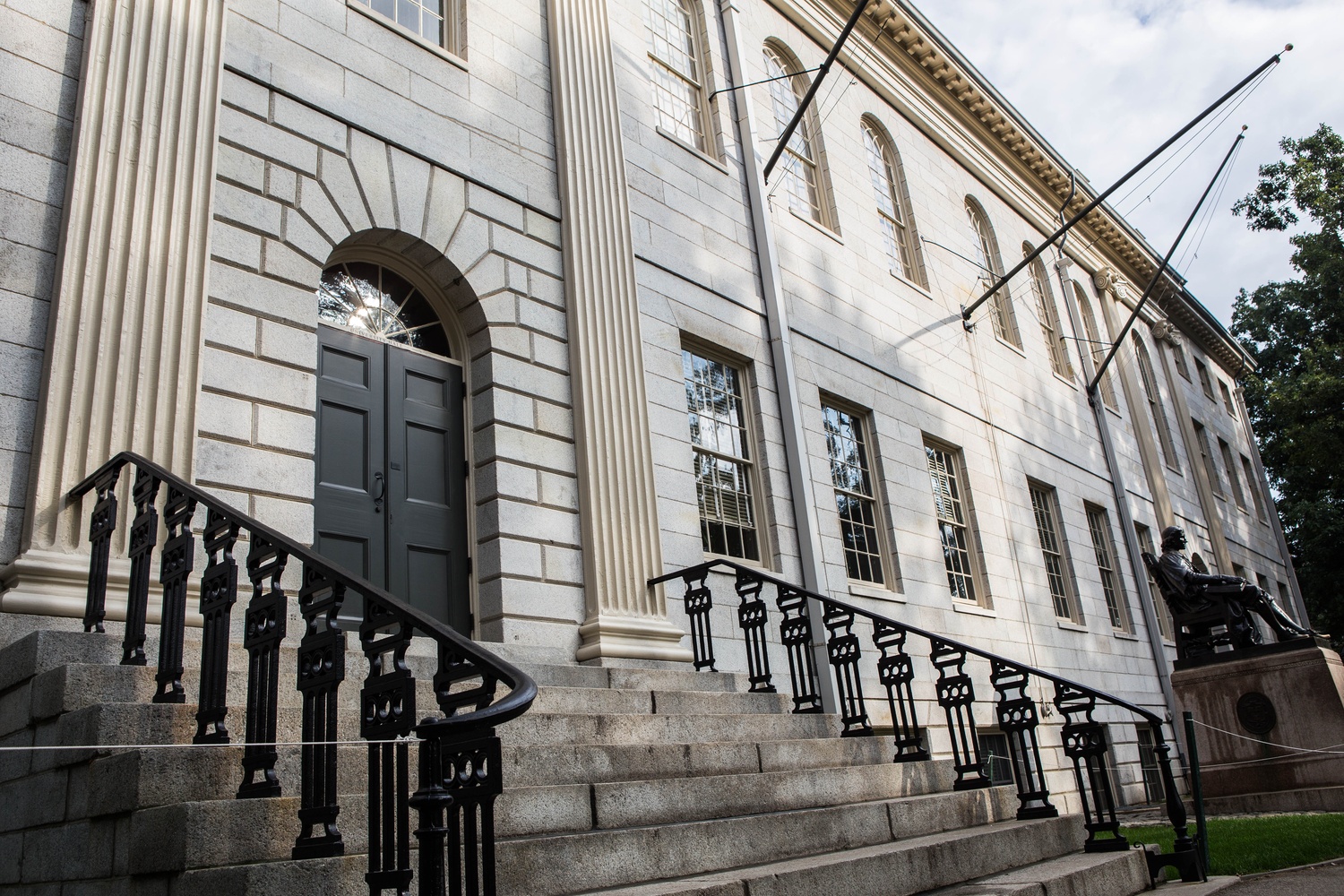 Nearly 40 Harvard faculty members signed onto an open letter this week questioning the results of misconduct investigations into John L. Comaroff, a professor of African and African American Studies and Anthropology who was placed on unpaid leave last month.

Comaroff was sanctioned by Faculty of Arts and Sciences Dean Claudine Gay on Jan. 20 after University investigations found that he violated Harvard’s sexual and professional conduct policies. He is barred from teaching required courses and taking on additional advisees through the next academic year.

The open letter, signed by 38 faculty members, posed a series of pointed questions about investigations into Comaroff and the sanctions levied against him.

“We the undersigned know John Comaroff to be an excellent colleague, advisor and committed university citizen who has for five decades trained and advised hundreds of Ph.D. students of diverse backgrounds, who have subsequently become leaders in universities across the world,” the letter said. “We are dismayed by Harvard’s sanctions against him and concerned about its effects on our ability to advise our own students.”

The letter was signed by some of Harvard’s most prominent faculty — including a former Harvard College dean and five University professors, who hold Harvard’s highest faculty distinction.

In a response sent to the signatories of the open letter Thursday that was obtained by The Crimson, Gay defended the Comaroff sanctions, noting that faculty members did not have the complete findings from the school’s investigations.

“Be aware that if you do not have access to the full review, and instead are relying on public accounts relayed through the media or only what is shared by one party to a complaint, you are necessarily operating without a comprehensive understanding of the facts that have motivated the response,” Gay wrote.

Comaroff was first placed on leave in August 2020 after The Crimson reported that at least three female students were in contact with Harvard’s Title IX Office about allegations of unwanted touching, verbal sexual harassment, and professional retaliation.

The school conducted two separate inquiries into Comaroff’s behavior — one by the Office of Dispute Resolution and another by the FAS. Gay’s sanctions were based on the conclusions of both investigations.

Lawyers representing Comaroff wrote in a press release about the sanctions last month that “Title IX investigators found John Comaroff responsible solely for verbal sexual harassment” after reviewing allegations by three complainants. The incident in question, according to the press release, concerned advice he gave during an office hours advising session about a “student’s physical security in field research.”

The Chronicle of Higher Education reported in August 2020 that Comaroff allegedly told a graduate student during an advising meeting that she would be raped if she traveled in certain parts of Africa with her partner as an openly BGLTQ couple. Comaroff’s lawyers denied that he told the student she “would be raped” when traveling. They wrote in a statement to the Chronicle that he “did raise the risks of fieldwork, but not out of prurient interest.”

“Since we the undersigned would also feel ethically compelled to offer the same advice to any student conducting research in a country with similar prohibitions, we are perplexed,” the open letter said.

“How can advice intended to protect an advisee from sexual violence be itself construed as sexual harassment?” the letter said. “What rules of professional conduct are broken by informing students of the risks of gender-based violence in the multiple locations around the world that do not recognize the rights of women and LGBQTIA+ individuals in the same manner as in the United States? As concerned faculty we seek clarification of Harvard’s professional criteria for us as advisors.”

“What I signed the letter for was a desire to have a more open conversation about that issue,” said Jennifer L. Hochschild, a Government and AAAS professor who signed the letter. “Are there certain issues we just should not talk to students about, even if we think it’s our professional responsibility? Are there ways of talking to students which are unacceptable?”

After the Comaroff sanctions were announced last month, his lawyers wrote that “Harvard opened a second, kangaroo court process” in addition to the Title IX probe conducted by ODR that lacked “the most elemental aspects of due process and artificially limited to a defective record.”

In the open letter this week, the professors questioned “why the FAS did not accept the final results of its own Title IX investigation and opened a second investigation” into Comaroff.

“What are the procedural grounds justifying this action?” the letter said. “As faculty members we must know the rules and procedures to which we are subject.”

In her response on Thursday, Gay wrote that it “would not be appropriate” for her to disclose specifics about Comaroff’s case. “However,” she wrote, “I can tell you that the conduct at issue is not what you have described.”

She wrote that some of the allegations against Comaroff required “further review” because they addressed policies outside of the Title IX process.

"In my role as Dean, I cannot and I do not set aside the findings that are reached through that process," she wrote. "But sometimes it is the case that some of the allegations in a complaint implicate policies outside of the Title IX policy and process, and require further review, particularly when the issues concern the well-being of the community. That was the case in this instance."

Gay concluded her letter by acknowledging the challenges of lodging a formal harassment complaint.

“Behind every Title IX case are one or more complainants who made the difficult choice to come forward,” she wrote. “We should ask ourselves—perhaps especially the tenured faculty—what signal our reactions to the outcomes of these processes may send to our community, and particularly to those making that difficult choice of whether or not to come forward.”