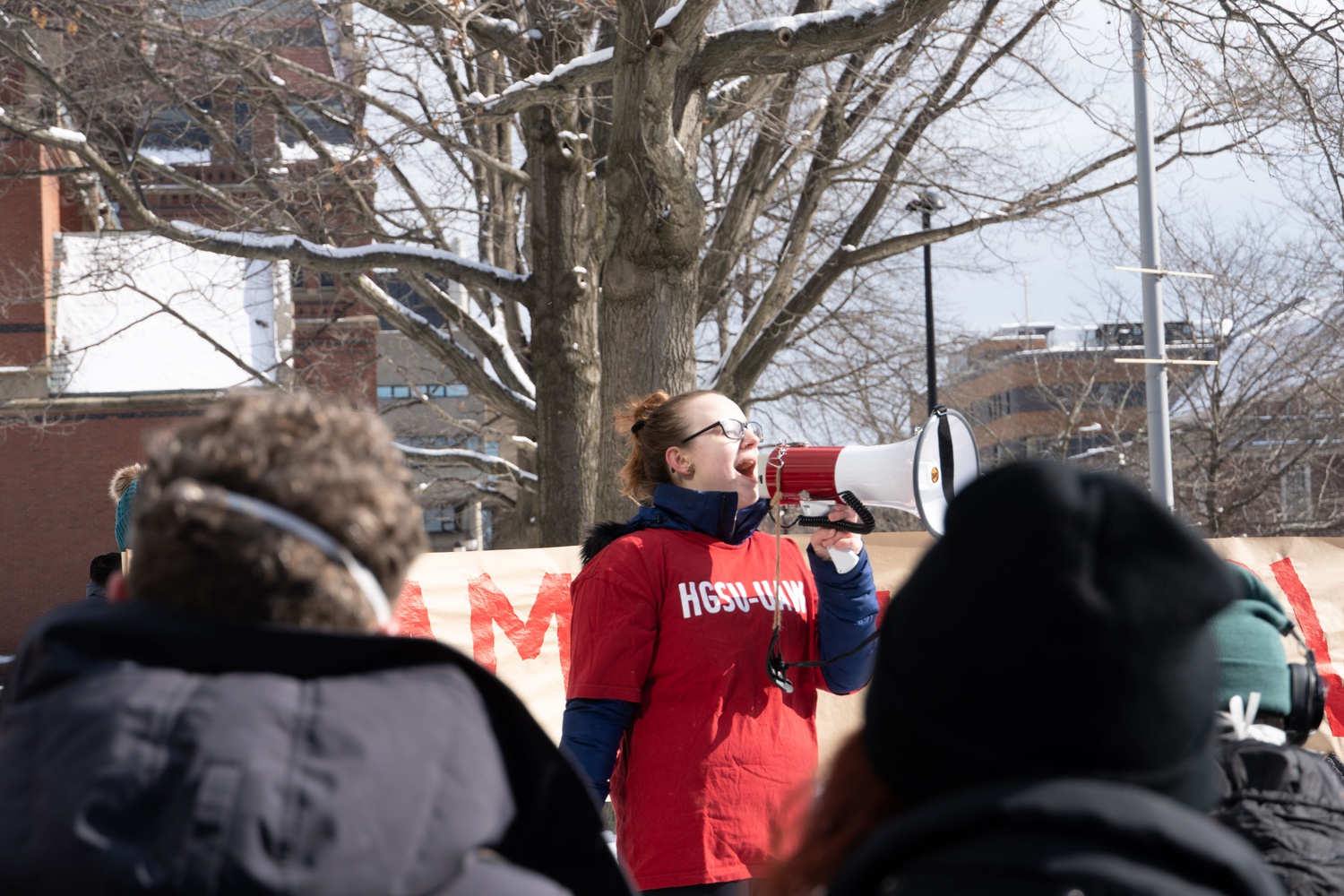 Hundreds of students rallied in support of sexual harassment survivors at Harvard on Monday in one of the biggest demonstrations on the school’s campus in years.

At promptly 12:15 p.m., students and some faculty members walked out of classes to gather on Harvard’s Science Center Plaza in protest of the University’s handling of sexual harassment allegations against professor John L. Comaroff.

The rally came just shy of one week after a federal lawsuit against Harvard detailed a decade of sexual harassment and professional misconduct allegations against Comaroff. 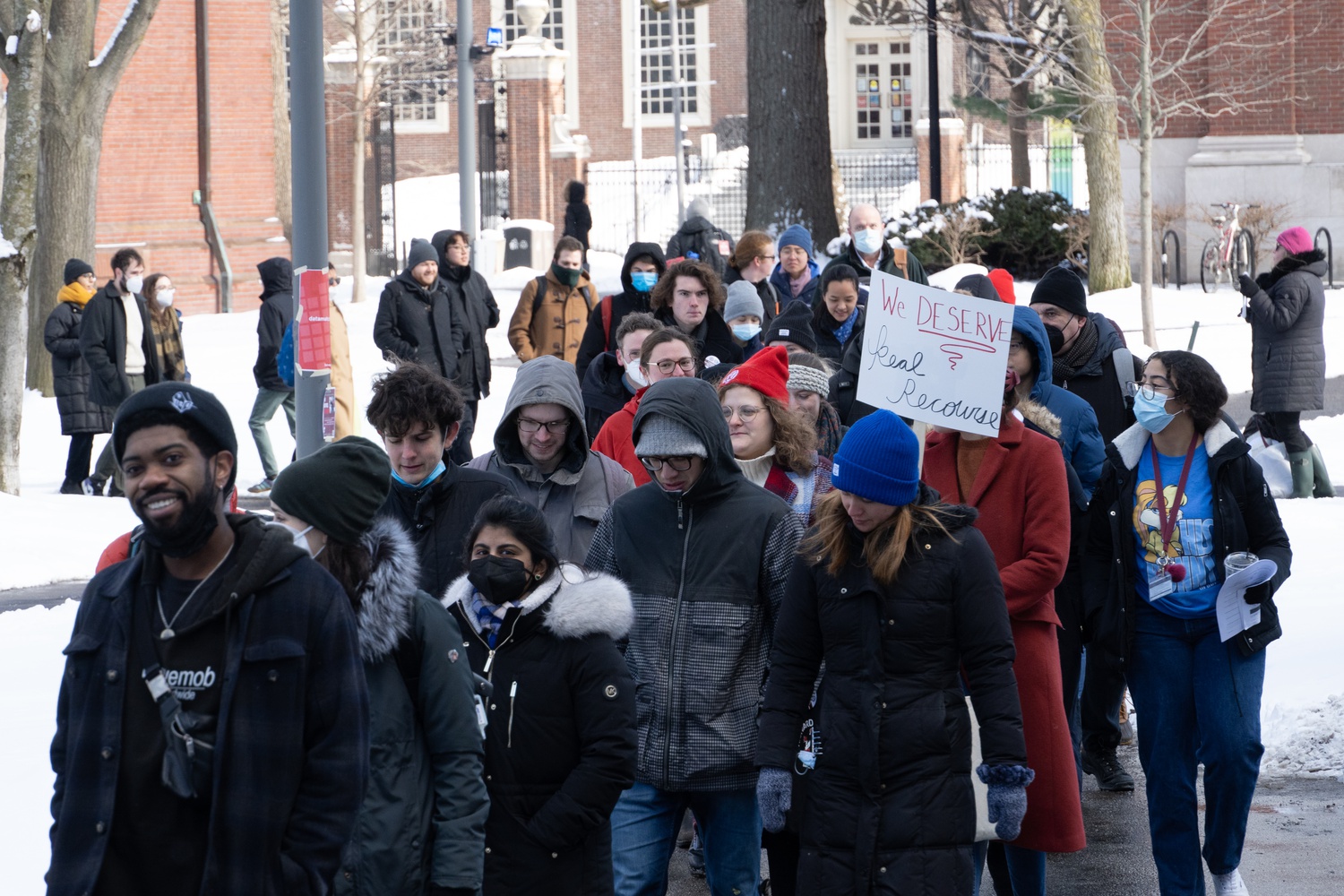 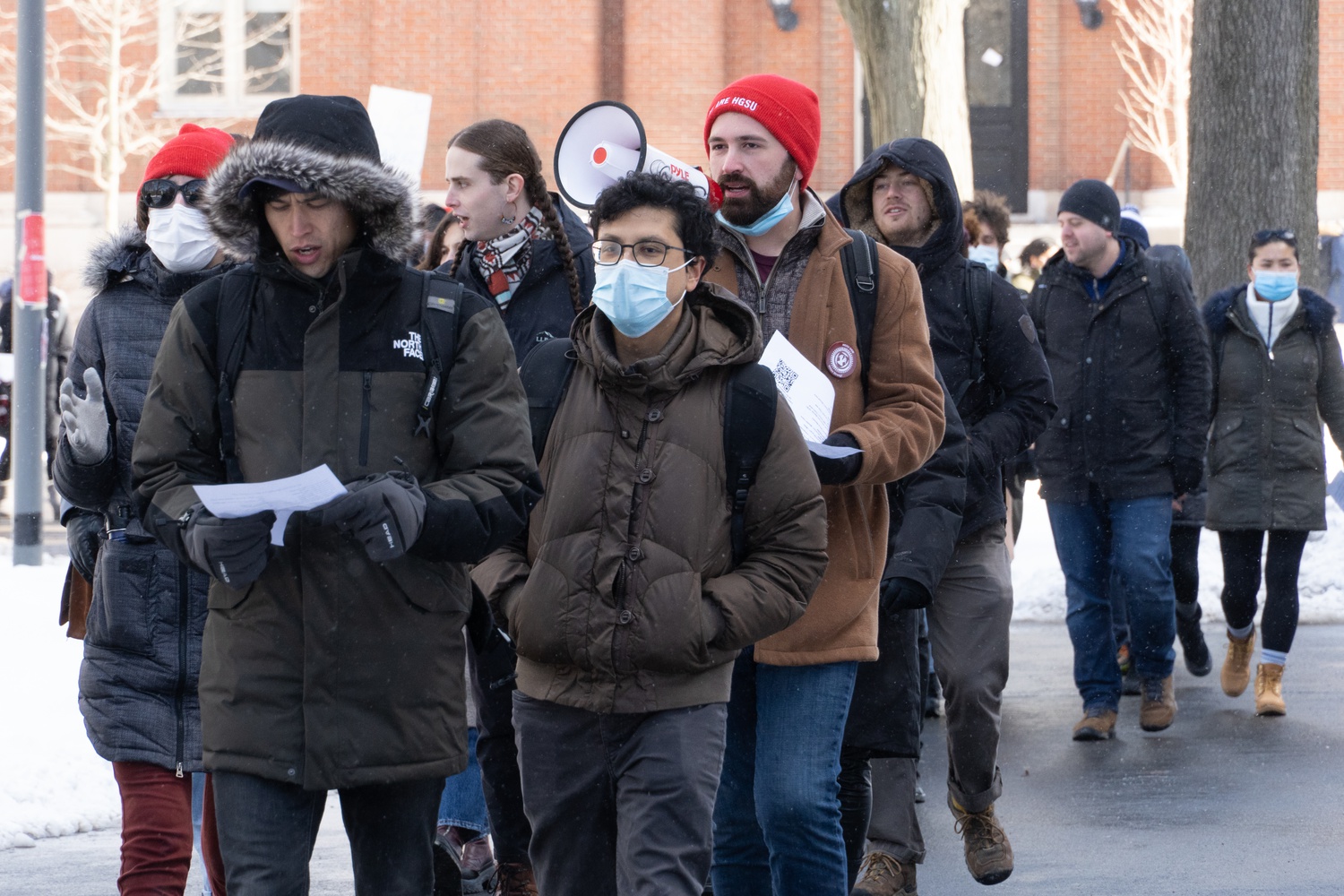 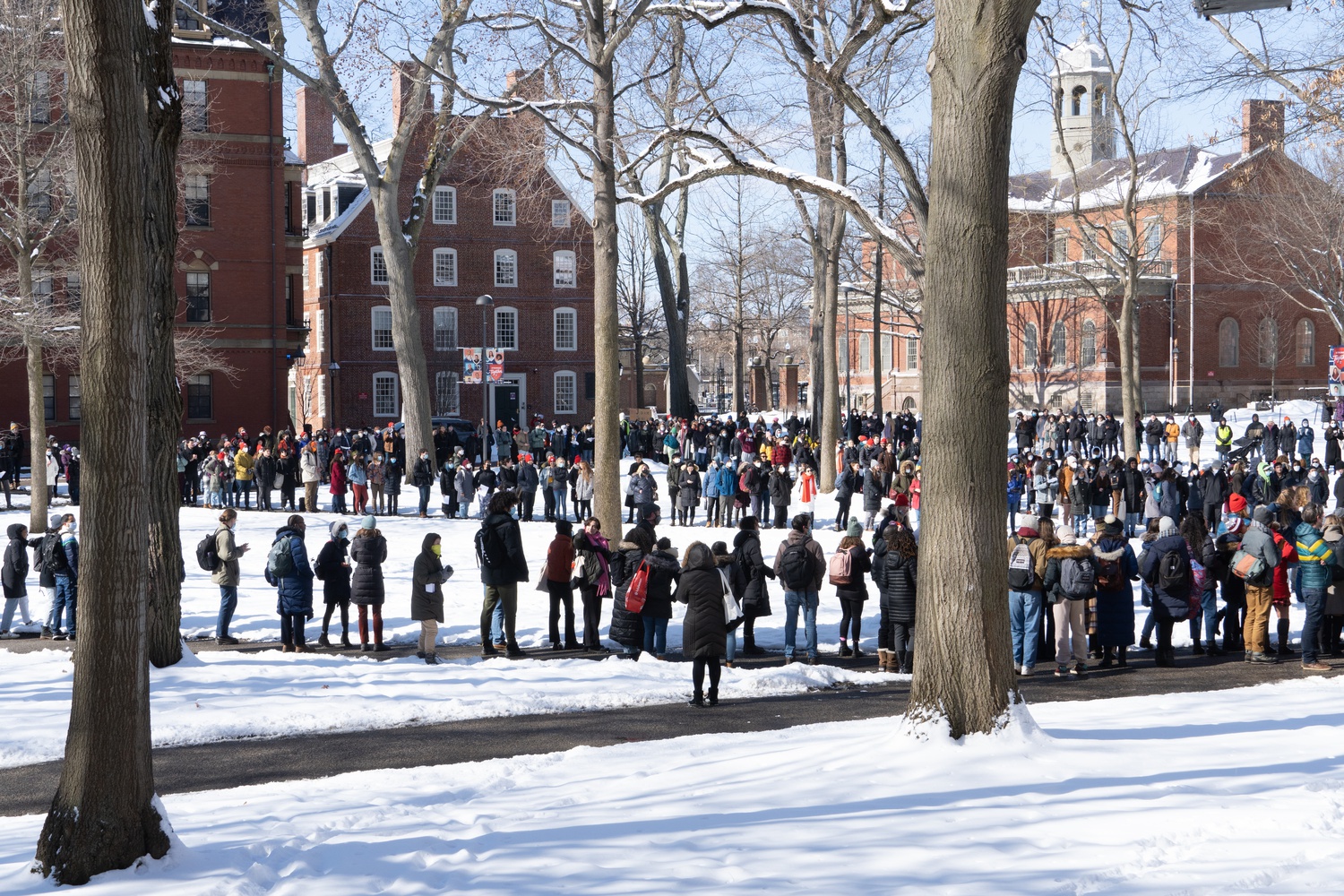 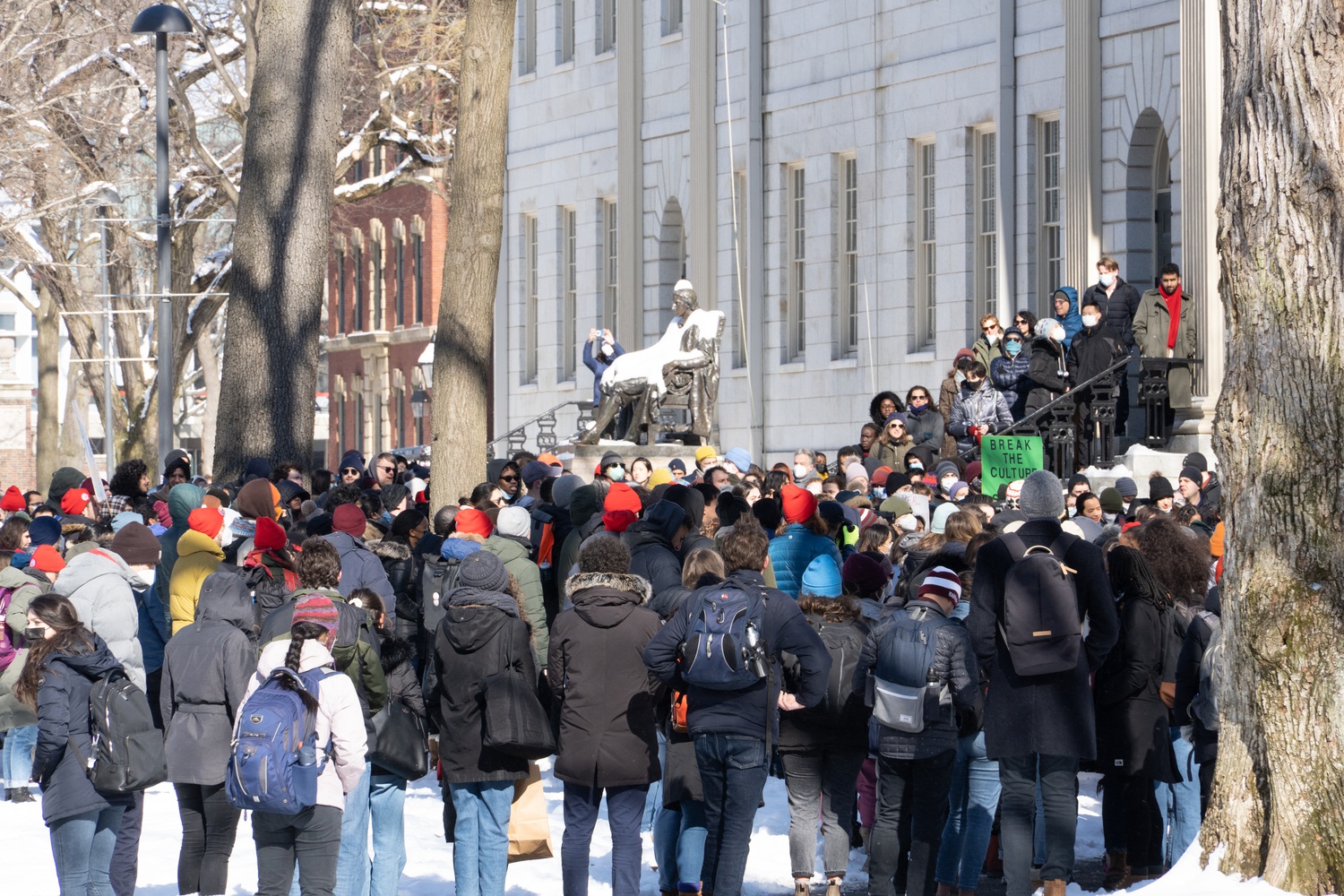 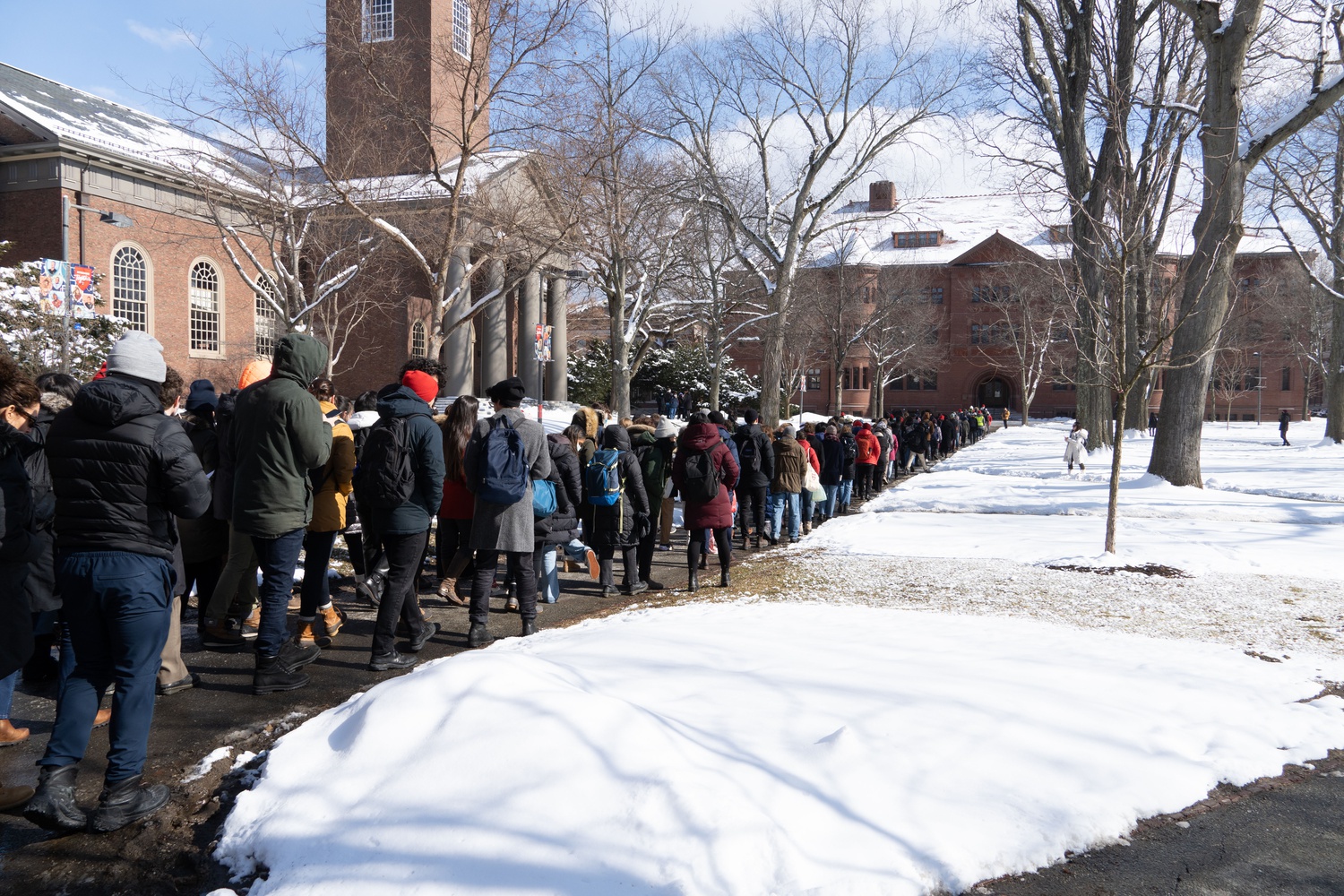 Harvard denies the claims in the suit. In a statement last week, Harvard spokesperson Rachael Dane wrote that the allegations “are in no way a fair or accurate representation of the thoughtful steps taken by the University in response to concerns that were brought forward, the thorough reviews conducted, and the results of those reviews.”

Czerwienski, a plaintiff on the suit who holds a leadership post in Harvard’s graduate student union, said the Comaroff case underscores the need for third-party arbitration of sexual harassment and discrimination claims — a longstanding union demand.

“We must make it clear to Harvard, to our faculty, and to everyone else who needs to hear it, that we aren’t going to tolerate this indifference to harm on our campuses any longer,” Czerwienski said.

Comaroff serves as a professor of African and African American Studies and Anthropology. On Monday, the chair of Harvard’s Anthropology Department, which has been roiled by claims of sexual harassment, said Harvard’s Title IX processes failed students who have alleged harassment by Comaroff. 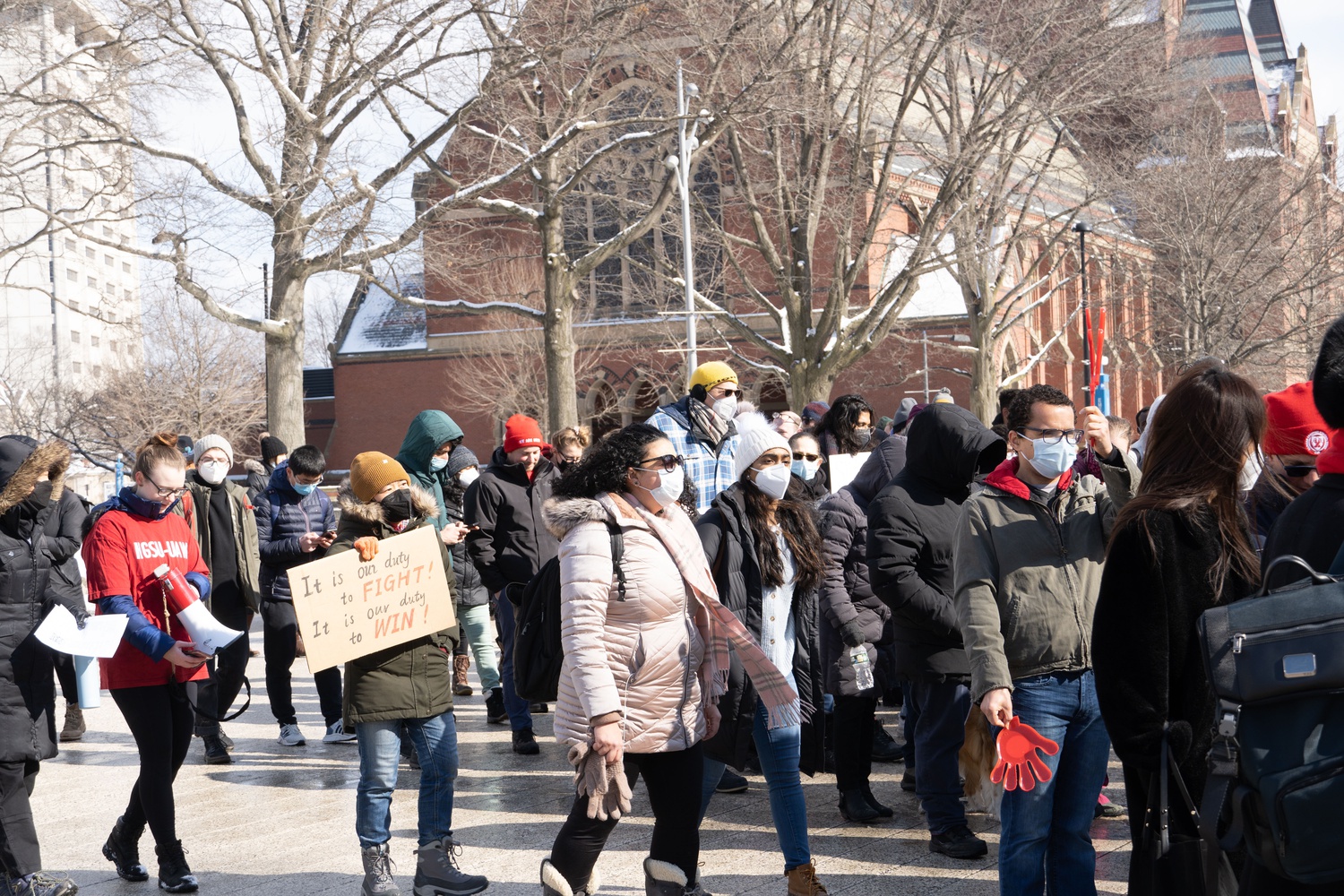 “It is no secret that Harvard has a long and sordid history of failing survivors of sexual and gender-based misconduct,” Anthropology chair Ajantha Subramanian said. “The Title IX system was supposed to be the solution. Instead, it has become part of the problem.”

Hundreds of undergraduates walked out of class to attend the rally.

“I am tired of Harvard’s institutional indifference to instances of identity-based abuse and sexual violence,” said Elizabeth A. “Ellie” Corbus ’22. “It’s time Harvard made real substantial change to protect its students instead of continuing to protect its reputation and prestige at the expense of its students.”

After Comaroff was placed on leave last month by Harvard Faculty of Arts and Sciences Dean Claudine Gay, 38 professors signed onto an open letter questioning the sanctions. But last week, after the lawsuit was filed, all but three of the professors who signed onto the initial letter retracted their support for the message.

On Monday, Czerwienski said the initial letter brought “tremendous harm to our community.”

“It’s our job to keep insisting that they take responsibility for the damage that they have done,” she said.