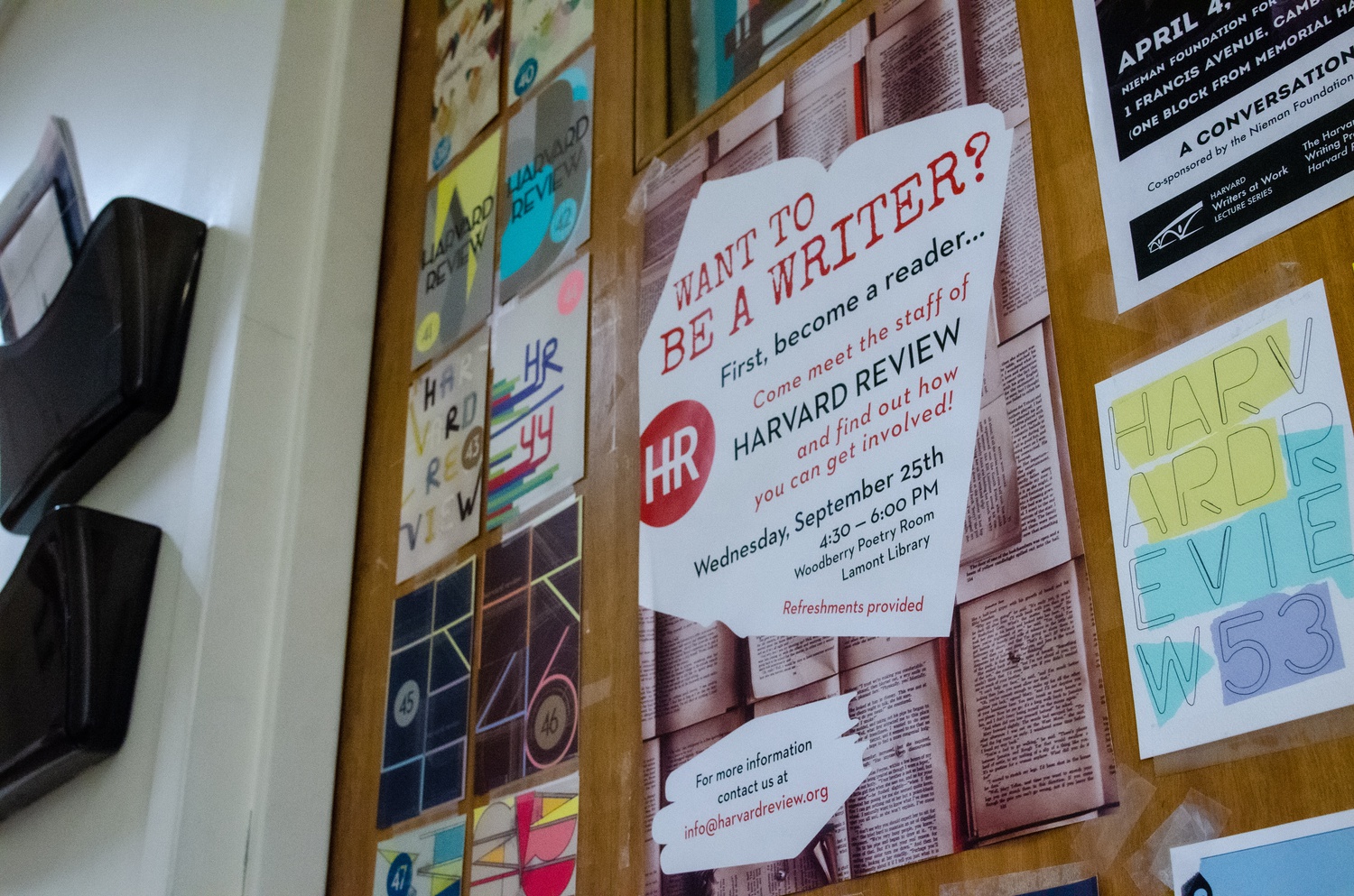 Many student writing organizations require a "comp" to join, some of which are highly competitive. By Joey Huang
Advertisement
Advertisement

Rewriting the Boundaries of Creative Writing

An organization called the Harvard Creative Writing Collective, founded in the summer of 2021, works to combat the exclusivity of creative writing at Harvard. The group’s mission statement declares a dedication to “creating a radically inclusive community of writers on campus.”
By Michal Goldstein and Jem K. Williams

On the fourth floor of Lamont Library, large windows light up the sleek offices and conference rooms of the Harvard English Department’s creative writing space. Inside, you can find books written by the College’s faculty strewn across the shelves and students meeting with their professors to discuss their short stories or creative theses. The space is built to inspire.

In 2012, The Crimson reported that many students expressed dissatisfaction with the exclusivity of the creative writing program at Harvard. Admission to any of the workshops hinges on an application,which must include a cover letter, writing supplement, and short response about experience with previous critical literature courses. At the time, the English department offered 13 creative writing courses with a cap of 12 students each. In 2018, that number rose to 20 workshops, which similarly took the form of small seminar-style courses. But the demand for academic creative writing opportunities rose, too. The English department chair at the time, Nicholas J. Watson, explained that the department had received an enormous amount of interest in 2018: a total of 800 applications from 500 individual students.

In 2019, The Crimson’s Editorial Board questioned the exclusivity of creative writing, considering the program’s then 60 percent acceptance rate.

“We believe that creative writing-based classes that emphasize a student's originality of thought, rather than their ability to learn and mimic an established academic style, are invaluable,” the Editorial Board wrote, also referencing the value of creative writing in revitalizing the humanities. “The English Department should continue making positive adjustments to the creative writing program to ensure that its benefits are available to all.”

This spring, the Department is offering 18 creative writing workshops in total, and students’ interest in the creative writing program has grown even more, says Sam W. Marks, a senior lecturer on playwriting.

“There’s something about the program that is exciting, because of its intimate nature,” he says. “We definitely want to preserve that while also increasing accessibility, and that’s the conversation that we're going to keep having.” He pointed out that the Department is in the early stages of developing initiatives to make creative writing within reach for more students.

But in the meantime, those who choose to pursue creative writing outside of the classroom may still confront selectivity. Student writing organizations such as The Advocate and The Lampoon all have required “comps,” or semester-long educational or evaluative processes, which are highly competitive.

An organization called the Harvard Creative Writing Collective, founded in the summer of 2021, works to combat the exclusivity of creative writing at Harvard. The group’s mission statement declares a dedication to “creating a radically inclusive community of writers on campus.”

The organization’s President and founder, Brammy Rajakumar ’23, shared that the organization was born out of her desire to expand access to creative writing, especially beyond English concentrators. Rajakumar herself is a joint concentrator in Chemistry and English, showcasing how a creative field can inform work in any discipline.

Rajakumar seeks to ensure that the HCWC’s openness will allow anyone with any level of interest in creative writing to pursue that field. “We are always focused on lowering the barrier to engaging with creative writing and making the writing world more flexible and feasible,” she says.

HCWC hosts weekly teas and poetry readings, as well as events with guest speakers who work at the intersection of writing and other fields. “We just want to create a space where people could just drop by and say ‘hey,’” Rajakumar says. There is no pressure to prepare prior to an event and no experience needed to try your hand at an open mic event or share your writing with the group.

All of these initiatives — which include a folder for people to share and comment on work, for those who would prefer not to do so in-person — aim to foster a sense of community among writers. “It's also all about the connection, the people you know, and people who know people who you know,” Rajakumar says. For her, meeting other writers and sharing opportunities is an essential aspect of creative writing.

Service is also a key element of the HCWC’s mission. The group recently worked in conjunction with StoryWish, a student organization that empowers “chronically ill children to dream big and write their own storybooks,” and the Phillips Brooks House Association Mission Hill Afterschool program. Together, they taught elementary school children how to develop storylines, identify the parts of a story, and even try their hand at their own, according to Rajakumar. This workshop aims to help students “develop their own voice and ideas and be creative, especially if they might not be otherwise exposed to creative writing programs,” Rajakumar wrote in a follow-up email statement.

Between the English Department’s efforts to expand access to creative writing courses, and the founding of student organizations like the HCWC, the future looks bright for a culture of inclusivity within the creative writing world at Harvard.

— Magazine writer Michal Goldstein can be reached at michal.goldstein@thecrimson.com.