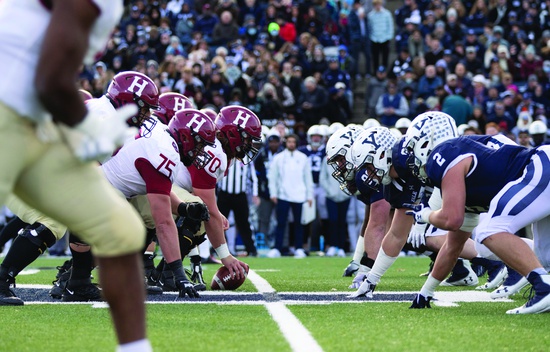 A Fade Not Forgotten: Football v. Yale, Game of the Year 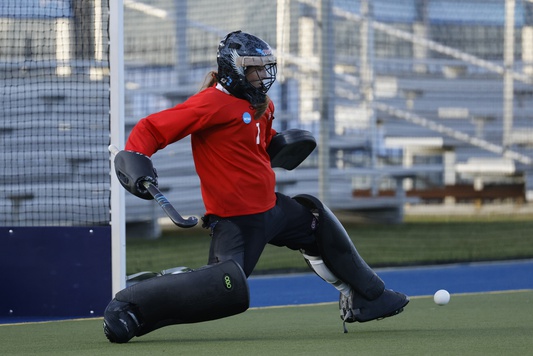 No. 1 in Net: Ellie Shahbo, Female Athlete of the Year

By Mairead B. Baker 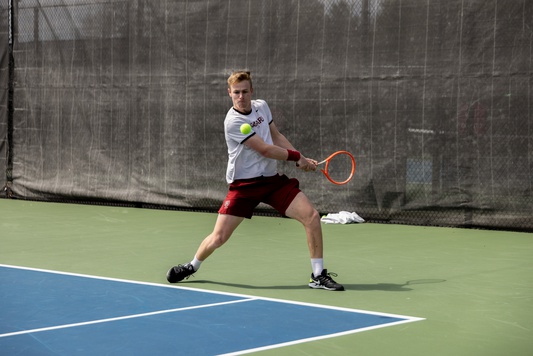 Court Is In Session: Men's Tennis, Team of the Year 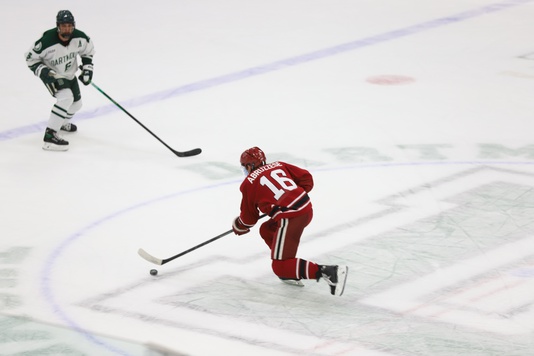 Ice in His Veins: Nick Abruzzese, Male Athlete of the Year 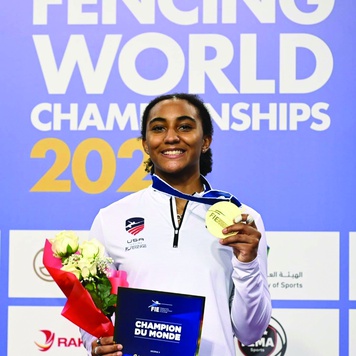 Foiling the Competition: Lauren Scruggs, Female Rookie of the Year 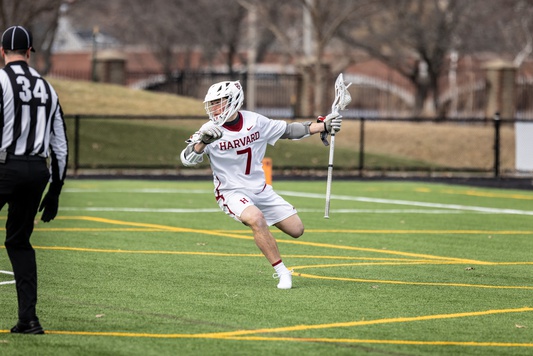 King of the Castle: Sam King, Male Rookie of the Year

In his first year with the Crimson, attacker Sam King came in as a top-25 recruit, played a leading role in the team's success, and earned a 2022 All-Ivy Honorable Mention. 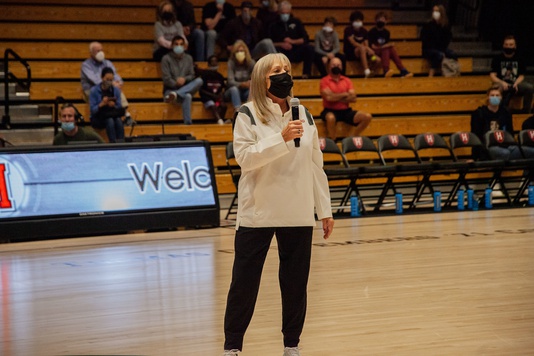 A Lavietes Legend Retires: Kathy Delaney-Smith, Coach of the Year 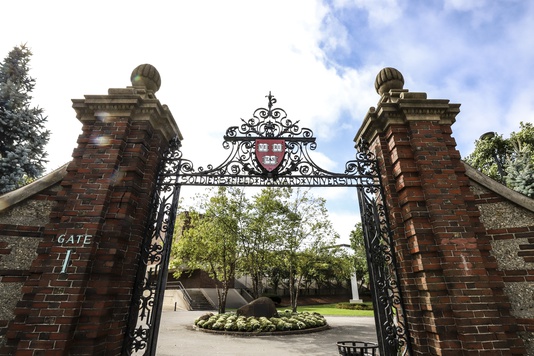 A Note to Readers 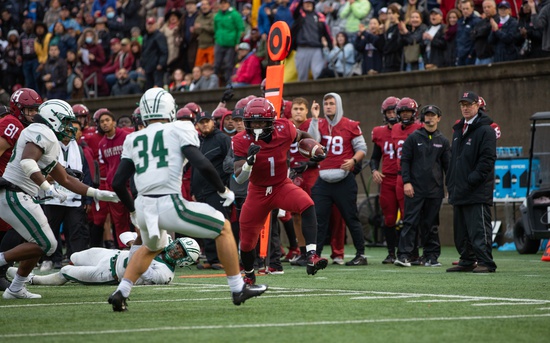 The Call that Changed a Season: Football v. Princeton, Heartbreak of the Year

By Maddie B. Barkate

Harvard appeared to have won the Oct. 23, 2021 matchup against Princeton, but a delayed timeout call by the referees negated what would've been a game-winning conversion to junior wide receiver Kym Wimberly. The Tigers went on to win the contest, 18-16, in five overtimes, and edged the Crimson out by a game for the Ivy League title. 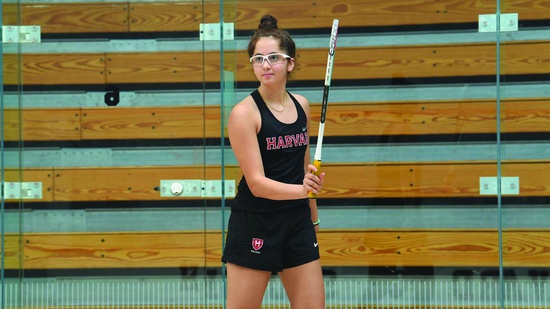 From Cairo to Cambridge: Egyptian Squash Stars Lead Harvard to a National Title

Harvard women's squash, winners of seven consecutive CSA national champions, are buoyed by the strength of three players from Egypt. Hailing from a country with a long, rich tradition of squash excellence, Hana Moataz, Habiba Eldafrawy, and Amina Yousry made their impact known on the Crimson. 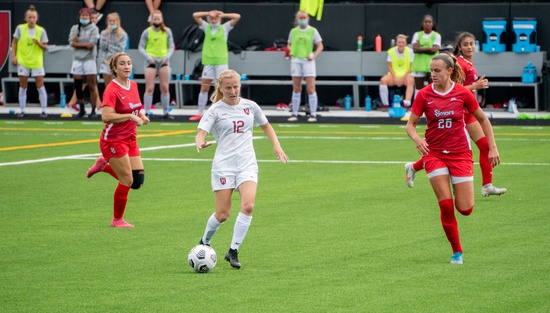 “I think that the team collectively has really been pulling in a good direction, and I feel very, very good about where we're at,” said head coach Chris Hamblin. 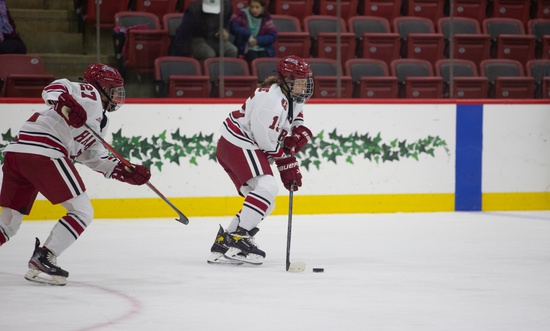 Senior forward Becca Gilmore had a stunning performance in this year's Beanpot Tournament. In a match that will surely go into the history books as one of the most intense and competitive played in the Beanpot, Gilmore scored the game-winning goal after a 4-4 stalemate in the final period. 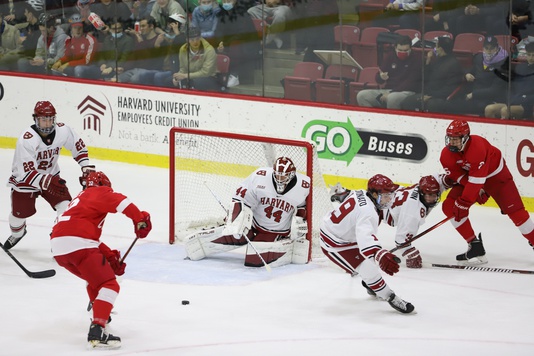 Stealing the Show: Mitchell Gibson and Matthew Coronato, Male Performance of the Year

Junior goalkeeper Mitchell Gibson and first-year forward Matthew Coronato had a stellar dual performance in the ECAC Championship. Between Gibson's career-high 47 saves and Coronato's game-winning goal in overtime, the duo led the Crimson to victory. 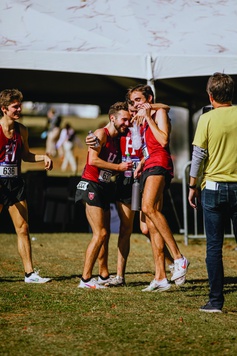 Harvard's track and field and cross country teams were led by sophomore Acer Iverson and senior Matthew Pereira, who finished first and second in the 10k race at the Ivy League Outdoor Heptagonal Championships on May 7-8 and earned All-American honors during the cross country season. 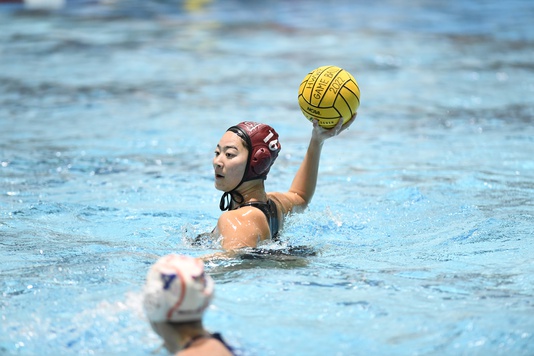 “We did things that I don’t think anyone thought we would be able to do when we first started this journey in the fall, except for our group." 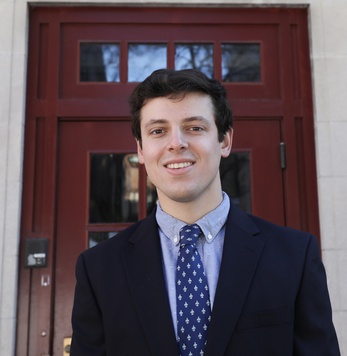 While my dual interest in sports and writing is the reason I joined Crimson Sports, it’s not the reason I stayed. To this day, some of my best friends at Harvard come from Crimson Sports — and one of my proudest achievements is leading the organization as co-chair. 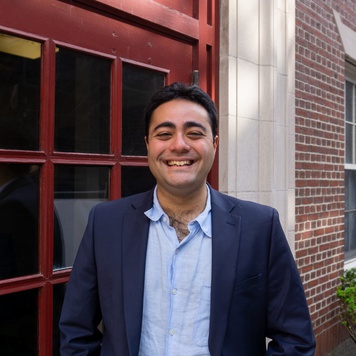 Parting Shot: Finding A Place for Sports Amidst the Apathy

"In my final days here, and in my final story for this newspaper, I am filled with an immense amount of gratitude for the people with whom I have gotten to share Sports. I am thankful to the athletes and coaches who have committed themselves so deeply to sports at Harvard, and to all of those who have read along these past four and a half years." 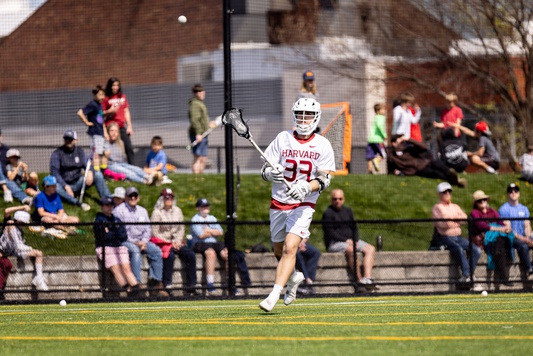 Men's Lacrosse Ends Season with 19-9 Loss to No. 6 Rutgers in NCAA Tournament

On Sunday, May 15, the men's lacrosse team battled for the NCAA Tournament title for the first time since 2014. However, the young Crimson squad was unable to advance past the first round, falling to sixth-seeded Rutgers, 19-9. 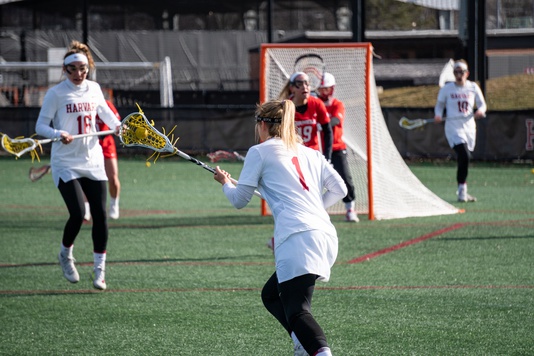 The Crimson qualified for the 2022 Ivy League Tournament after wrapping up the regular season with two essential victories. It then suffered a 13-6 first round loss at the hands of the Princeton Tigers to end its season. 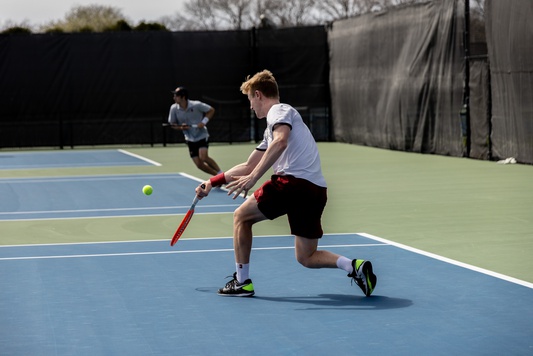 No. 14 Men’s Tennis Falls Short of a Sweet 16 Berth in NCAA Tournament to No. 18 Stanford, Historic Season Comes to an End

No. 14 Harvard men’s tennis, who recently came off of an undefeated season in Ivy League play, an Ivy League Championship victory, and a first round win in the NCAA tournament to Monmouth, faced off against No. 18 Stanford in the second round of the NCAA tournament on Saturday, May 7, at the Murr Center in Cambridge, M.A. Knowing it was a win-or-stay-home scenario, the Crimson stepped up to the plate, and while they failed to secure the team victory, they stayed in it until the very last point.