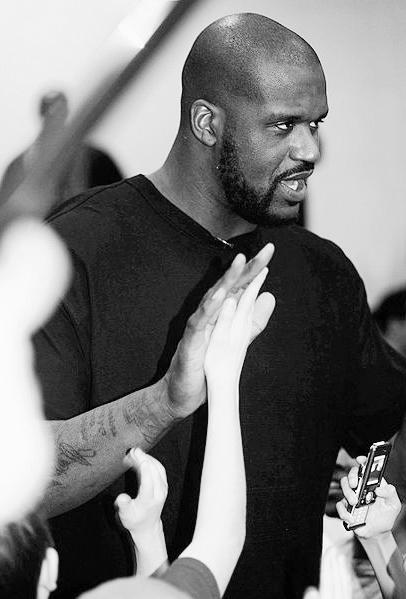 “The Big Shamrock,” what Shaquille O’Neal seems to be calling himself lately, was once one of the most dominant players ...
By Ryan D. Smith

“The Big Shamrock,” what Shaquille O’Neal seems to be calling himself lately, was once one of the most dominant players in the NBA and is widely considered to be a future Hall of Famer. Since taking his talents to Boston, however, Shaq’s play on the court has been less notable than his well-publicized shenanigans off it (posing as a statue in Harvard Square, directing the Boston Pops Orchestra, etc.). He keeps his fans abreast of his Shaqtivities via his extremely popular Twitter account, which has nearly three and a half million followers.

“J. Lin,” what Jeremy Lin ’10 seems to be called by those who know him (keep working on that nickname Jeremy), was one of the most dominant basketball players in the Ivy League when he played for the Crimson and was recently named the NBA Developmental League’s Co-Performer of the Week. However, he has not played for the Golden State Warriors, the NBA team that signed him as a free agent this summer, since Dec. 20. This conserved energy has enabled him to satisfy the 22,000 people who “Like” him on Facebook and the 11,000 people who follow him on Twitter.

With so much social networking going on, it’s tough to keep up with these former and current Boston area stars. Here are some of the most insightful, useful, and beautifully worded tweets from our boys on the court. Let the tide of emotions that these verses inspire wash over you and transport you into the complicated lives of NBA players.

January 19 at 4:28am (Eastern Standard Time) via Twitter for iPhone

–wow dats a big pic of @tpolamalu and i. we have big heads, lol

–daaaang everyone is tryn to lose weight n look good. u could train wit my people n keep ur new years shaqalution

–Killin my parents in mahjong!

–saw a taco bell commercial ... all I can think about now is trying that beefy crunchy burrito. smh

–today i learned that spilling room service on my bed means i dont get to eat or sleep ... and im in utah....

–Was eating sushi while driving and almost cried after i accidentally ate the whole chunk of wasabi ... dont eat and drive

–Jeremy Lin: At dinner ... a random little girl just laughed at me and called me a giant. Adults have feelings too lol