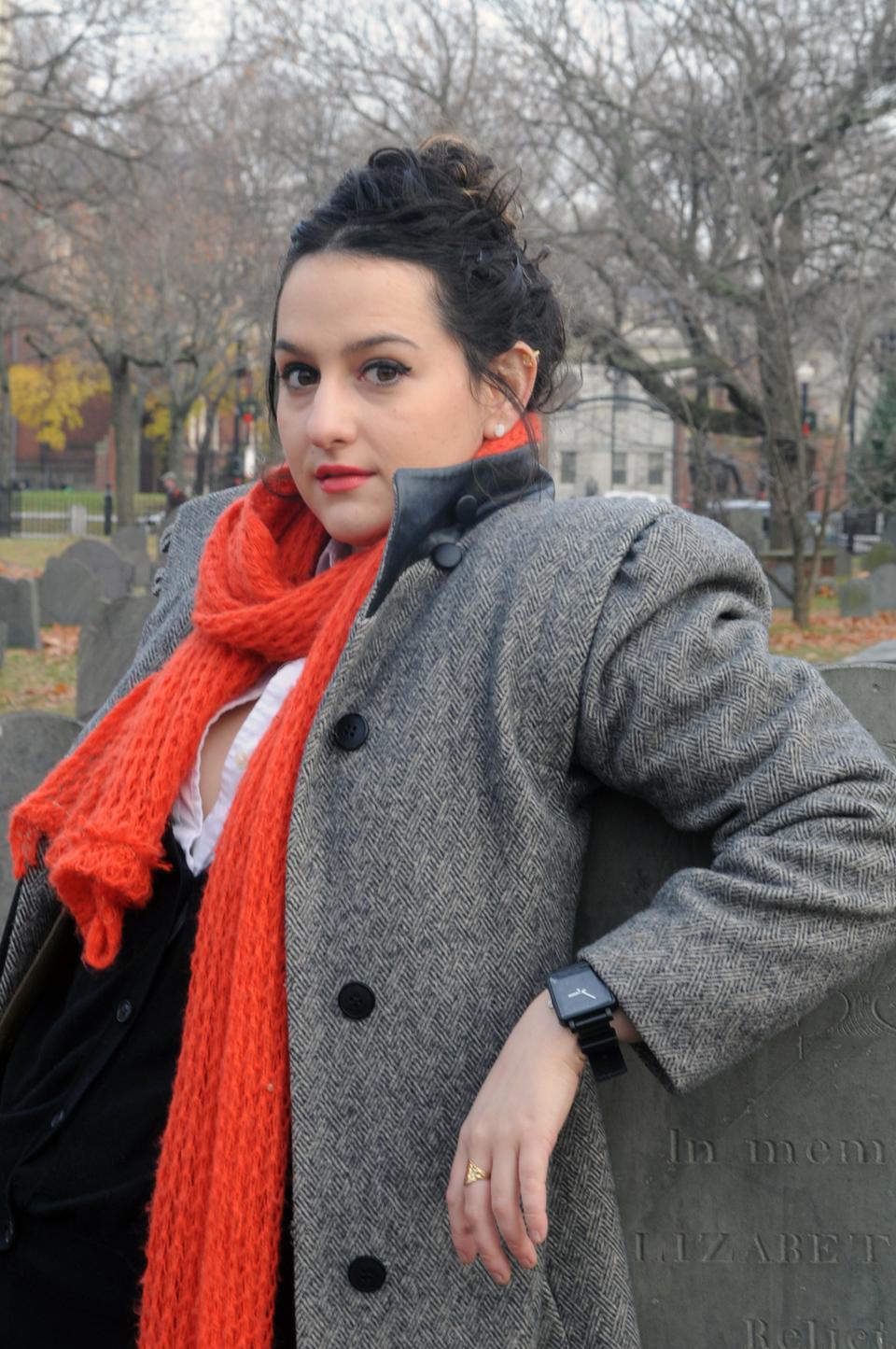 “I’ve become this comic book character that I’ve been drawing. That’s what those photos are right behind you. That’s me in character,” says Kayla A. Escobedo ’13.
By Ginny C. Fahs

“I’ve become this comic book character that I’ve been drawing. That’s what those photos are right behind you. That’s me in character,” says Kayla A. Escobedo ’13.

I swivel around in my seat to examine the stark white wall of Escobedo’s studio on Linden Street. Claymation-style photos of an overweight, big-nosed girl with frumpy brown hair stare back at me. The character is bashful-looking in her dorky jean shorts, her extra weight shows through a plain yellow t-shirt. I turn back and stare at Escobedo, noticing the powdered texture of her face and the sharpness and alertness in her eyes. I don’t see much resemblance.

Escobedo’s senior thesis in Visual and Environmental Studies focuses on her newest comic book character: herself. It combines traditional comics, 3D comics printed on the various faces of large cubes, animated .gifs sequenced as comic strips, masks, dolls, and videos to achieve a holistic character study of the self. “[The thesis] is kind of just me battling my own identity,” Escobedo explains, as she talks about the difficulties of channeling her whole self into the comic book character she has created. “I’m coming from sequence and comics as my core, and the only character that I’m using is this representation of myself. So aesthetically it will look like it’s all part of the same project.”

Escobedo began creating her own characters during her freshman year at Harvard when she started comic strips of two personalities: Whale Girl and Monty. She has adored comics since she was small (“I still have a crush on Jughead,” Escobedo confesses under her breath). Beyond drawing her own comics, Escobedo has a passion for art in many different contexts. She serves as the director of the Art Board for the Harvard Lampoon, a semi-secret Sorrento Square social organization that used to occasionally publish a so-called humor magazine, the Librarian for the Harvard Advocate, and a co-founder and curator of Harvard’s Monday Gallery which opened last spring. Escobedo has had solo exhibitions of her work at the Student Organization Center at Hilles and at Gallery 263 in Cambridge, and her work has been featured at over ten group exhibitions during her college career.

After sophomore year, Escobedo took a year off to self-publish a series of comics and teach workshops on the history of comics at her high school in Dallas. “I love Texas. I loooveeee Texas. I’m obsessed with Texas. Texas is magic. I love giant freeways, big shopping malls. I love the big friendly people. I love the heat,” Escobedo explains, her excitement palpable from across the table as she rocks back and forth in her seat.

As she continues to create new pieces, Escobedo says she wants her work to be accessible to individuals of many different backgrounds and circumstances. She explains that the comic books and .gifs she produces are low-cost, available to anybody who has eight dollars to spare or an internet connection. After graduation, Escobedo will set up her studio in Texas and spend two years producing work and saving up money before applying to MFA programs in painting. After finishing graduate school she plans to launch a career as a fine artist. This path is somewhat unconventional for aspiring artists like Escobedo, many of whom dream of settling in New York or Boston. “I’m not your typical avant garde artist.”