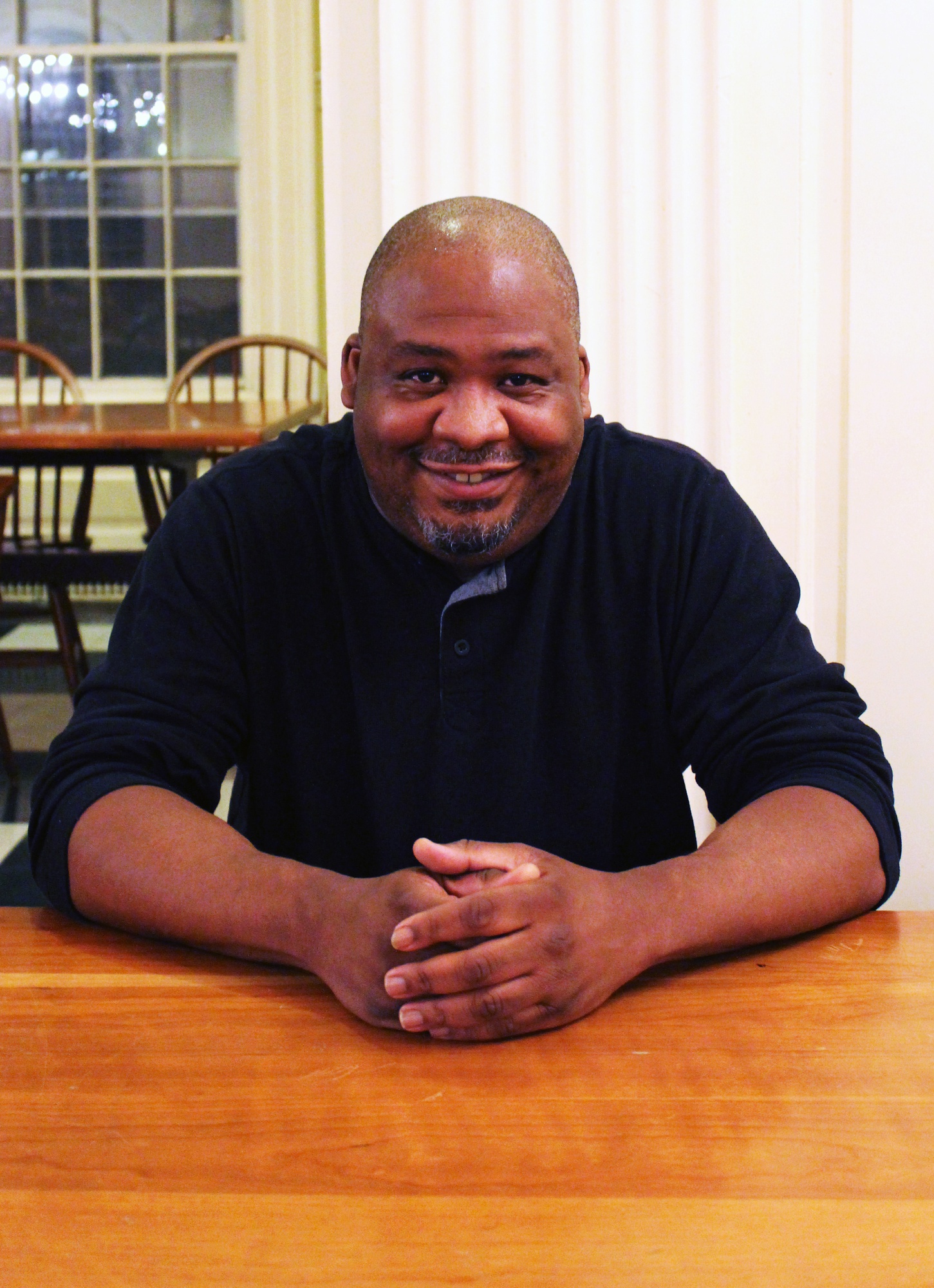 I meet Scott Poulson-Bryant in Kirkland dining hall as he’s finishing up lunch with a couple of students. He lingers for a few seconds, offering his final words to the conversation before directing his attention to me.
By Deniz Cataltepe

I meet Scott Poulson-Bryant in Kirkland dining hall as he’s finishing up lunch with a couple of students. He lingers for a few seconds, offering his final words to the conversation before directing his attention to me. We walk into Kirkland Junior Common Room, which is completely empty apart from one student. Poulson-Bryant politely asks if we can share the room. The two seem to already know each other.

Poulson-Bryant is a resident tutor, writing tutor, BGLTQ tutor, and Race Relations tutor in Kirkland House. Along with the numerous positions he holds in the house, he’s also a Ph.D. candidate in Harvard’s American Studies program.

“I remember seeing graduate students spending all their time alone in an apartment with books, and that’s their entire life,” Poulson-Bryant says. “I knew I didn’t want that life as a grad student—I like being part of a community and being around young people. You know, laughing and hearing about people’s lives.”

It’s not hard to see just how much he values community—he’s already recognized and greeted every student who’s passed through the room we’re sitting in.

Poulson-Bryant sits across from me on a couch, wearing a baseball cap and a Brown University t-shirt. He ended up completing his undergraduate education at Brown 15 years after he started it.

“I did my first three years at Brown and then took a year off after my junior year,” Poulson-Bryant explains. “I went to New York and interned at “The Village Voice” newspaper—that sort of convinced me that I was making the right decision. Writing was what I wanted to do.”

After that first year, Poulson-Bryant was offered an entry-level position as a fact-checker at ‘The Village Voice,’ which prompted him to take another year off from Brown. “That year off turned into 15 years off,” Poulson-Bryant laughs. “After ‘Village Voice,’ I started writing for ‘Rolling Stone,’ then the editors at ‘Spin Magazine’ saw my work. I became a 21-year-old college dropout writing for Spin.”

Shortly after, Poulson-Bryant met Quincy Jones, who helped him co-found ‘Vibe Magazine.’ Poulson-Bryant was at ‘Vibe’ for about eight-and-a-half years. He then worked at the ‘New York Times,’ and then eventually moved onto his childhood dream of writing books.

Poulson-Bryant’s light demeanor and friendly, relaxed tone give little hint of the serious work he’s done throughout his life. Although he’s in his forties, he could be easily mistaken for a student in Kirkland House, especially as he cheerily calls out, “Hey, girl” to yet another student he seems to know well.

“I came here to start my education in the fall of 2009,” Poulson-Bryant states. His dissertation in the American Studies program is on the performance of race in 1970s American popular culture.

“Everyone else is in the 18th century, you know, doing war and politics, and I’m doing the ’70s,” Poulson-Bryant chuckles, but quickly turns serious as he gushes about his intellectual pursuits. “I’m writing about the ways in which the aesthetic labor of African Americans within the 1970s was influenced by the political rhetoric coming out of the 1960s, so, you know, Black Power, the Civil Rights Movement, stuff like that.”

Poulson-Bryant’s genuine fascination with his dissertation topic, as well as being a student in general, shines through as he continues to explicate his research interests to me. I ask him about how he ended up as a tutor in Kirkland in the midst of working on his graduate degree.

“When I talked to other graduate students in the American Studies program here about how I was a 30-year-old making friends with all these 19-year-olds at Brown, because those were the people who were there when I went back, a lot of them said, ‘Well, you seem to get along well with young people and should think about being a tutor.’” Poulson-Bryant eventually got an offer from both Kirkland and Winthrop House to be a tutor. He says he chose Kirkland for its smaller community size.

Thanks to Poulson-Bryant, Kirkland now hosts a movie night every Friday, a showcase of queer cinema. The first meeting was last week. He showed ‘Boys in the Band,’ a 1970s film about the beginning of the modern gay rights movement. “It was great,” he tells me. “I told myself if you get five kids that’s great—I actually got 11!”

It is through seemingly casual events like movie nights that Poulson-Bryant connects his work to student life. “Social movements are really important to me, so identity in my work as a journalist and my work as a scholar is important,” he says. “[For my students] this is a time in life—late adolescence, post-twenties—when they’re dealing with issues of identity. Any aid I can be to help kids figure out how to negotiate identity politics or, you know, ways of being in the world, I feel like I should be there to do that.”

Poulson-Bryant’s interests have also connected him to people who are the polar opposite of academia. He interviewed Beyoncé in 2006 while writing for ‘GIANT Magazine.’ Of the encounter, he comments, “It was a great experience because she was on the cusp of going from post-Destiny’s Child to global ‘Beygency’ superstar. I sort of pride myself on being at the right place at the right time. I get to look at artists before they explode or just after they explode. Those are good moments to interview someone because their lives are these weird, transient things.”

He had a similar experience with P. Diddy. “I wrote the first long profile of Puff Daddy and back then he was just an A&R guy at Uptown Records,” he remembers. “From having run into him a couple times on the hip-hop scene, I could see that there was more to this kid. I sensed he wanted to be as big of a star as Jodeci and Mary J. Blige and Biggie, you know, the artists he was doing A&R stuff for. [After the piece came out] I’d run into him at a party and he’d say, ‘You know what brotha? You made me!’”

Wth his gamma of experience, Poulson-Bryant believes that his next step naturally falls into becoming a professor. “Teaching has been one of the best experiences of my being a graduate student, and it’s convinced me that this decision to leave journalism full-time and become a professor is the right one.”

At the end of our conversation, as Poulson-Bryant reflects back on his time as a tutor at Harvard, he admits that thinking about having gone through his graduate studies without the experience of being a tutor would have certainly been less fulfilling. “I really appreciate that I can connect with the students in the classroom and hopefully teach them something and, you know, advise and mentor them here in the house, but also socialize with them or hear about their lives outside of the academic or residential lives.”

“Students often tell me I’m not the ‘average’ TF or tutor,” Poulson-Bryant adds, implying he’d like me to decipher the message for him. I assure him that in his case, it’s definitely a good thing.