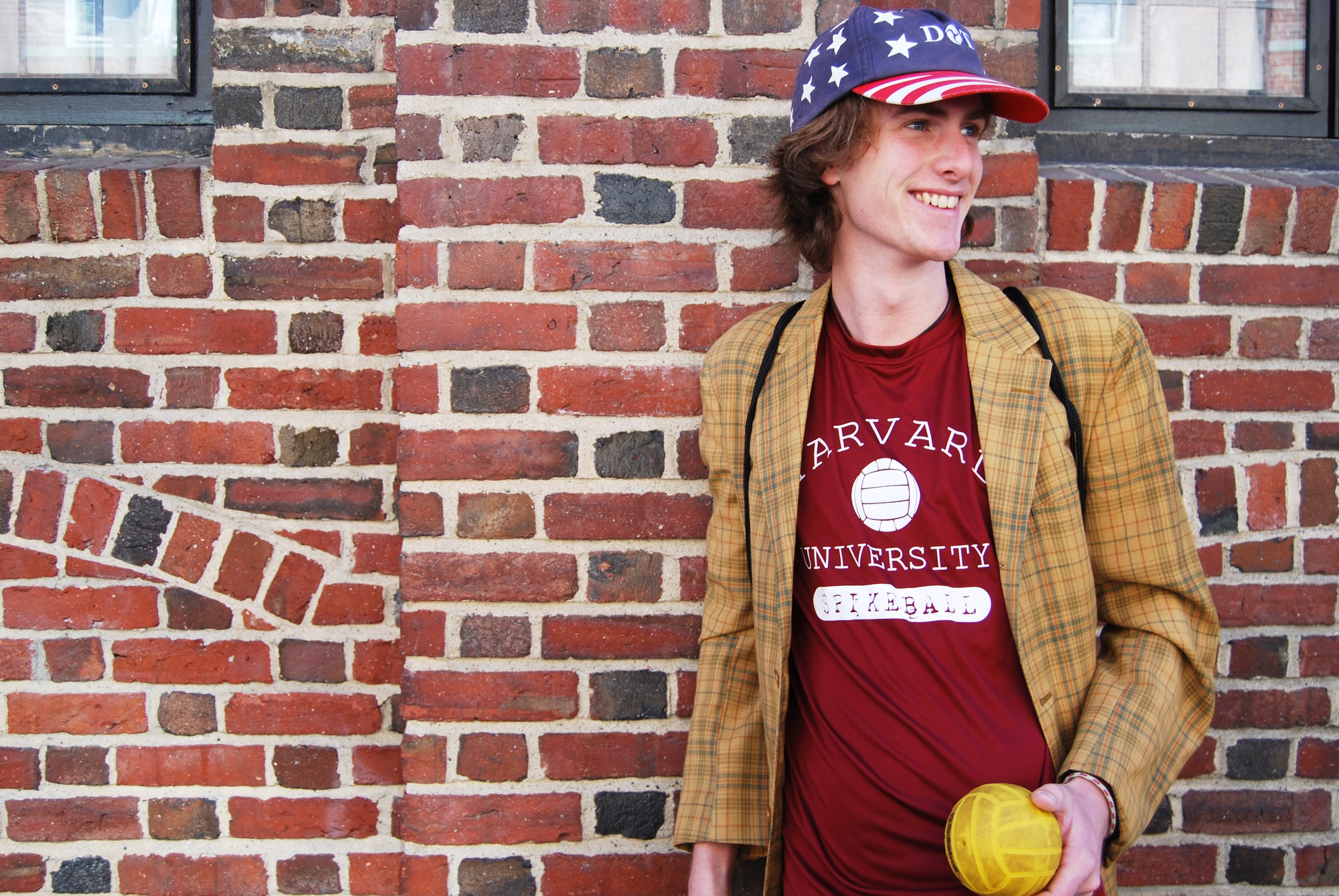 In his freshman year, Canyon S. Woodward brought a new trend onto Harvard’s campus: club spikeball. FM caught up with him.
By Kathryn J. Gundersen

In his freshman year, Canyon S. Woodward brought a new trend onto Harvard’s campus: club spikeball. FM caught up with him.

Ideal date: Anything outdoors, as long as she leaves her kids at home.

What you look for in a guy/girl: Authenticity.

Where to find you on a Saturday night: Partying hard at the Faculty Club.

Your best pick-up line: What winks and makes love like a tiger? You’re not gonna get it if you don’t look at me.

Best or worst lie you’ve ever told: I love you, grandma.

Best part about Harvard: The varying degrees and flavors of craziness, and awesome friends.

Worst part about Harvard: The varying degrees of craziness. And people taking their shit way too seriously.

Describe yourself in three words: No.

In 15 minutes you are: On a date with you…that was a question. Just kidding.

In 15 years you are: Married? Otherwise probably disappeared into some obscure corner of the globe.

Describe spikeball in your own words: Volleyball and four square went to a party together, drank way too much tequila, and spikeball was the surprise nine months later.

And you get paid to rep it here at Harvard?: I get paid more for the nude photoshoots I do for them, actually.

How has club spikeball changed over the past three years?: There used to be no girls in the club. Now we have two. Out of about 20.