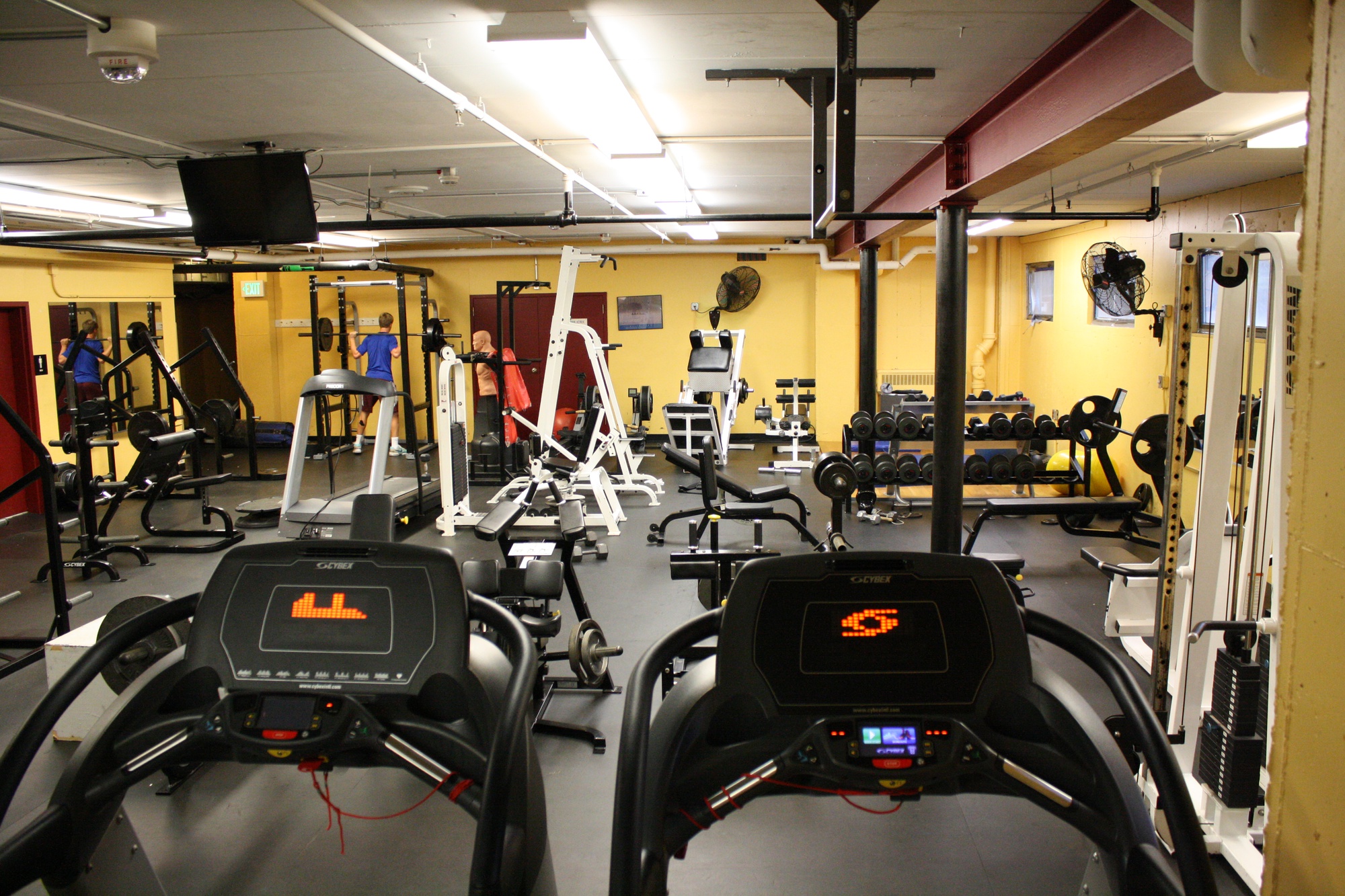 Cabot gym’s rep is well-deserved. It’s brightly lit and welcoming, with a full suite of swanky exercise equipment: dumbbells, a bench press, rows of treadmills, and rowing machines. Although all of this is packed into one room, it doesn’t feel cramped—there’s enough space to move about freely.
By Nathan A. Cummings

I am not swole. My closet is bro tank-free. My friends find it amusing to see if they can wrap their thumb and index fingers around my biceps. So when I received the pitch for this article—rank all 12 Harvard House gyms, first to last—I knew I would need to bring in an outside consultant. Before setting out on my epic gym crawl (similar to a pub crawl, but sweatier), I invited along my friend and blockmate, who works out regularly. Although he will remain unnamed—let’s call him Gym Bud for now—take my word for it that he is, indisputably, swole. Armed with equal parts journalistic drive and athletic power, we set out on our journey. So, without further ado, FM presents the house gyms in order of quality—a vague concept that Gym Bud assures me has something to do with size, ease of access, and the availability and quantity of weight and cardio equipment. Or something along those lines. Don’t ask me. I told you, I’m not swole. 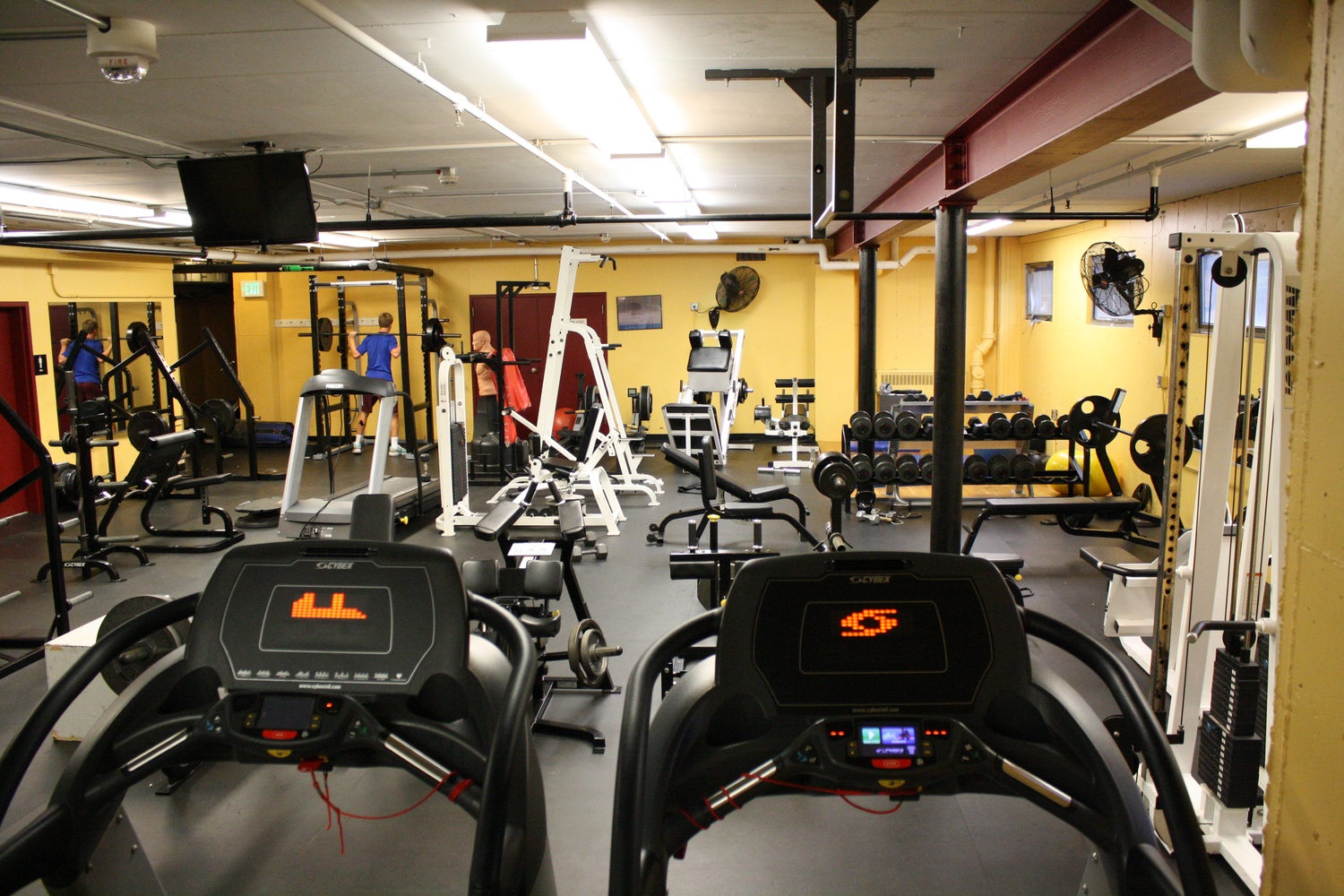 Cabot gym’s rep is well-deserved. It’s brightly lit and welcoming, with a full suite of swanky exercise equipment: dumbbells, a bench press, rows of treadmills, and rowing machines. Although all of this is packed into one room, it doesn’t feel cramped—there’s enough space to move about freely. Yellow walls lend it a warm, homey atmosphere. It’s also the only gym we visit that has a boxing dummy, who glowers at gym-goers from a corner of the room. For anyone in the Quad, Cabot should be your top pick without question. For everyone else, the quality of this gym might even outweigh the hike to get there. 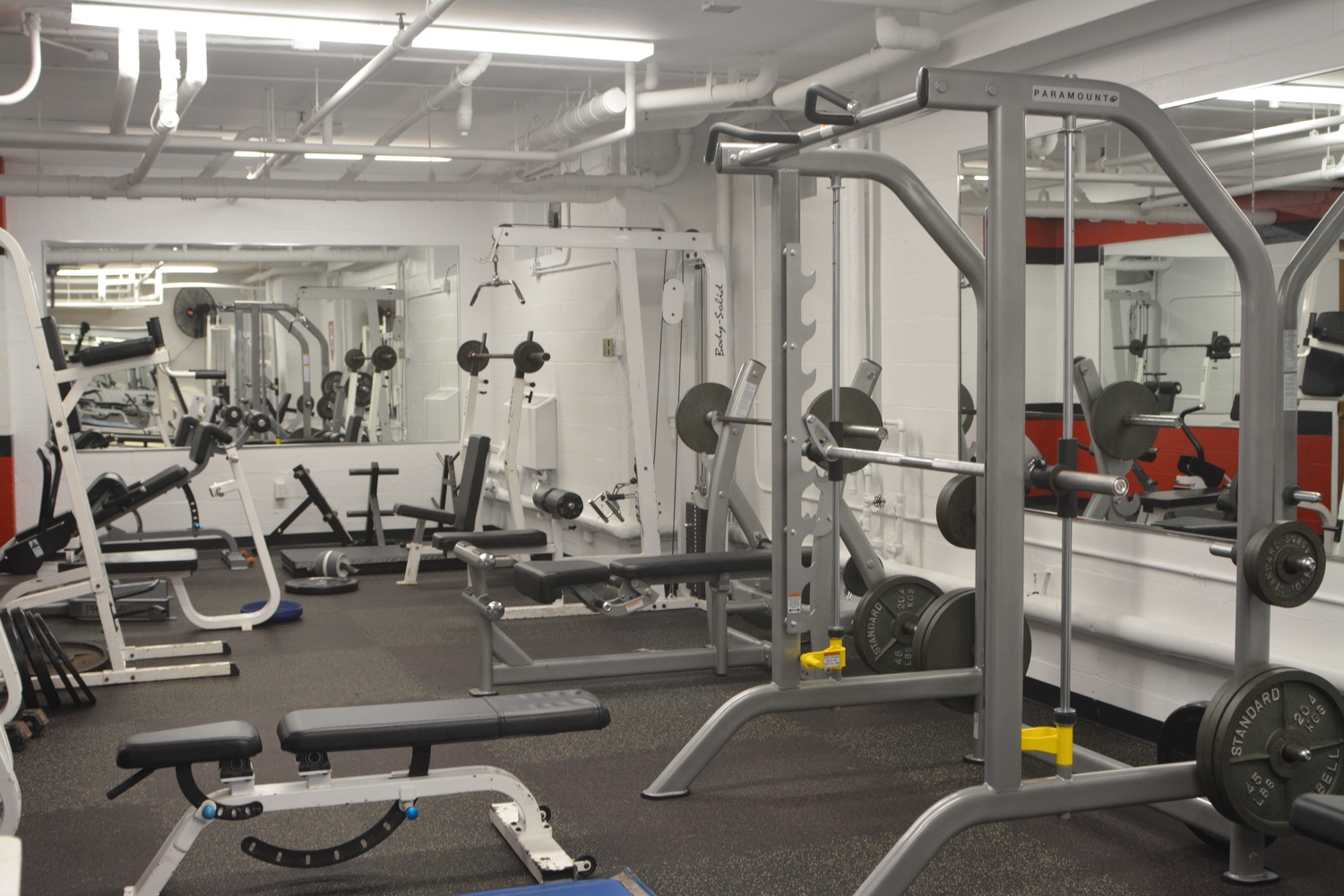 Like its Quadling sibling Cabot, Pfoho is brightly lit and modern-looking, with plenty of weights and exercise equipment. The main thing that distinguishes Pfoho is its partition into several smaller rooms, all accessible through a long hallway: aerobics, weights, and the mysterious “Pfojo,” a martial arts studio where Gym Bud informs me he has taken classes in Krav Maga, an Israeli martial art that counsels victory at any cost. Pfoho loses points for smaller room size and fewer weights than Cabot, but wins for sheer brutal efficiency. 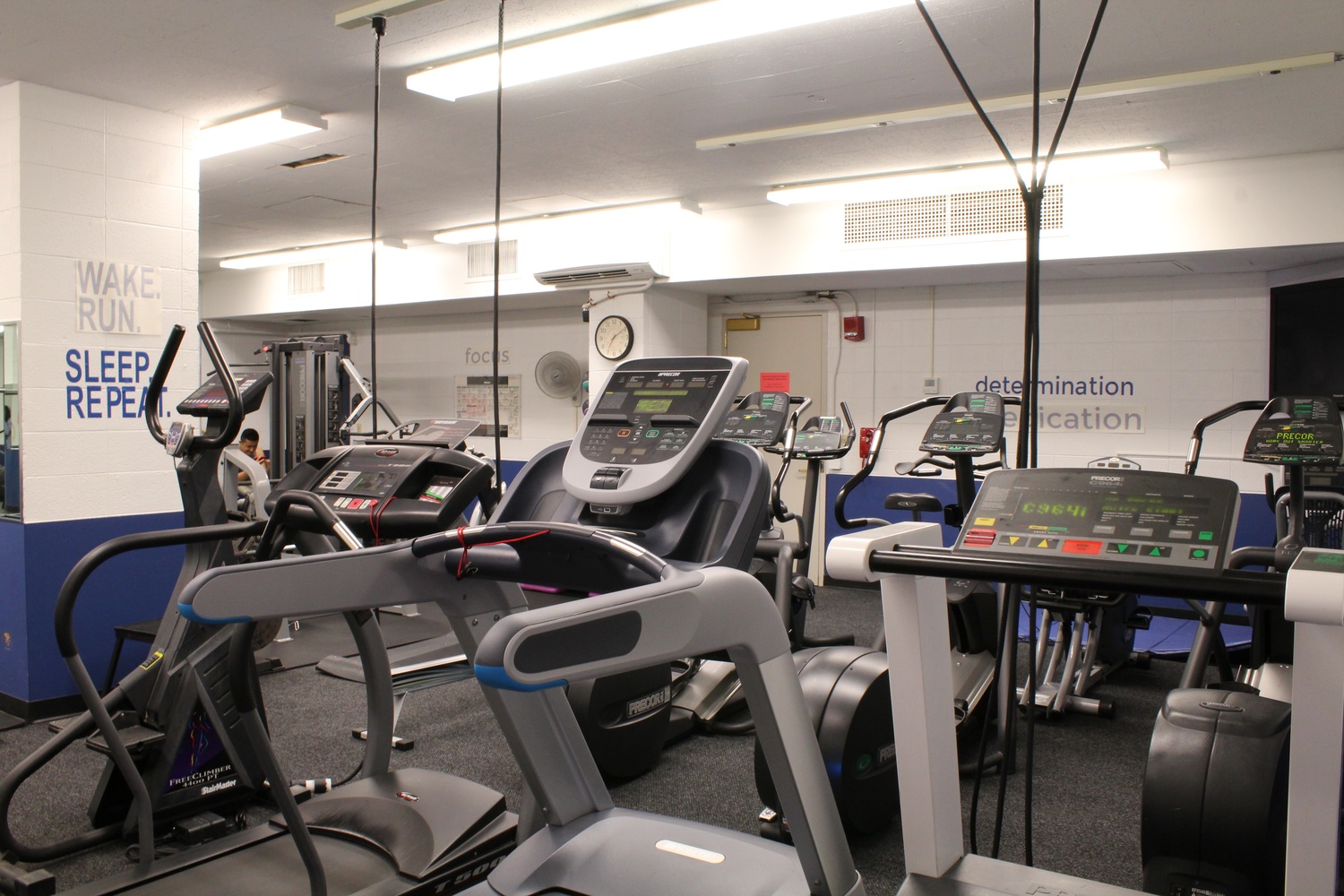 The recently renovated Quincy gym feels like Cabot’s River equivalent: roughly the same size and layout, except with walls painted blue rather than yellow. There’s a well-placed flatscreen TV and good A/C, along with the full suite of equipment and some motivational slogans on the walls that get us straight fierce. It’s not quite as extensive as its Quad siblings, but that doesn’t stop it from claiming the top spot among the River gyms. 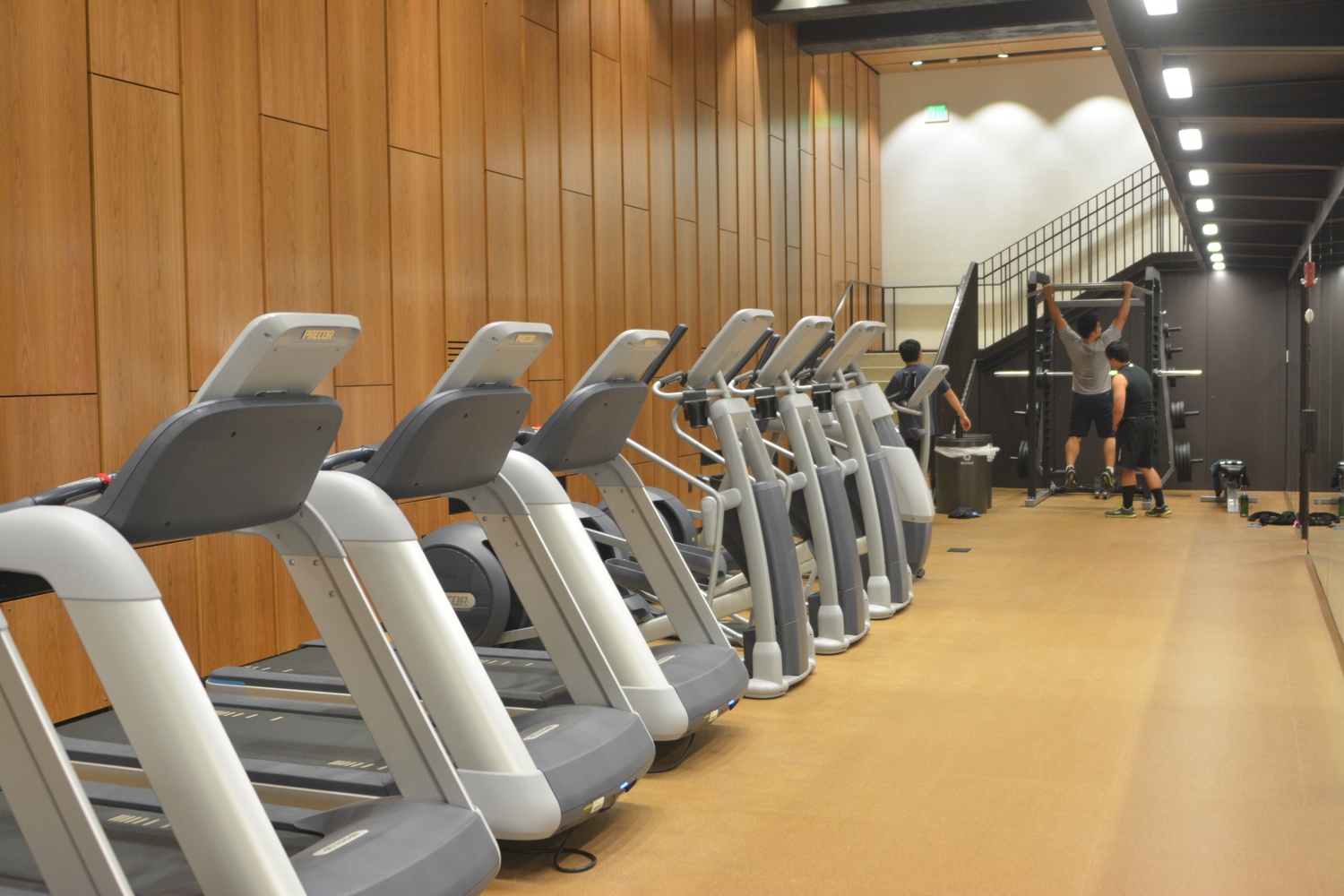 We enter Dunster with high expectations. The house’s brand-new sheen—seriously, the place smells like a furniture store—does indeed extend to the gym, which occupies a large basement area overlooked by the common room and grille. In the main space, a row of treadmills and ellipticals extends across the room, but Gym Bud notes that this seems like overkill considering the comparative lack of weightlifting equipment. Dunster also loses points for noise pollution from the nearby squash court. It’s still a wonderful gym—and cleaner than any of its neighbors—but overall, we can’t help feeling a bit let down. 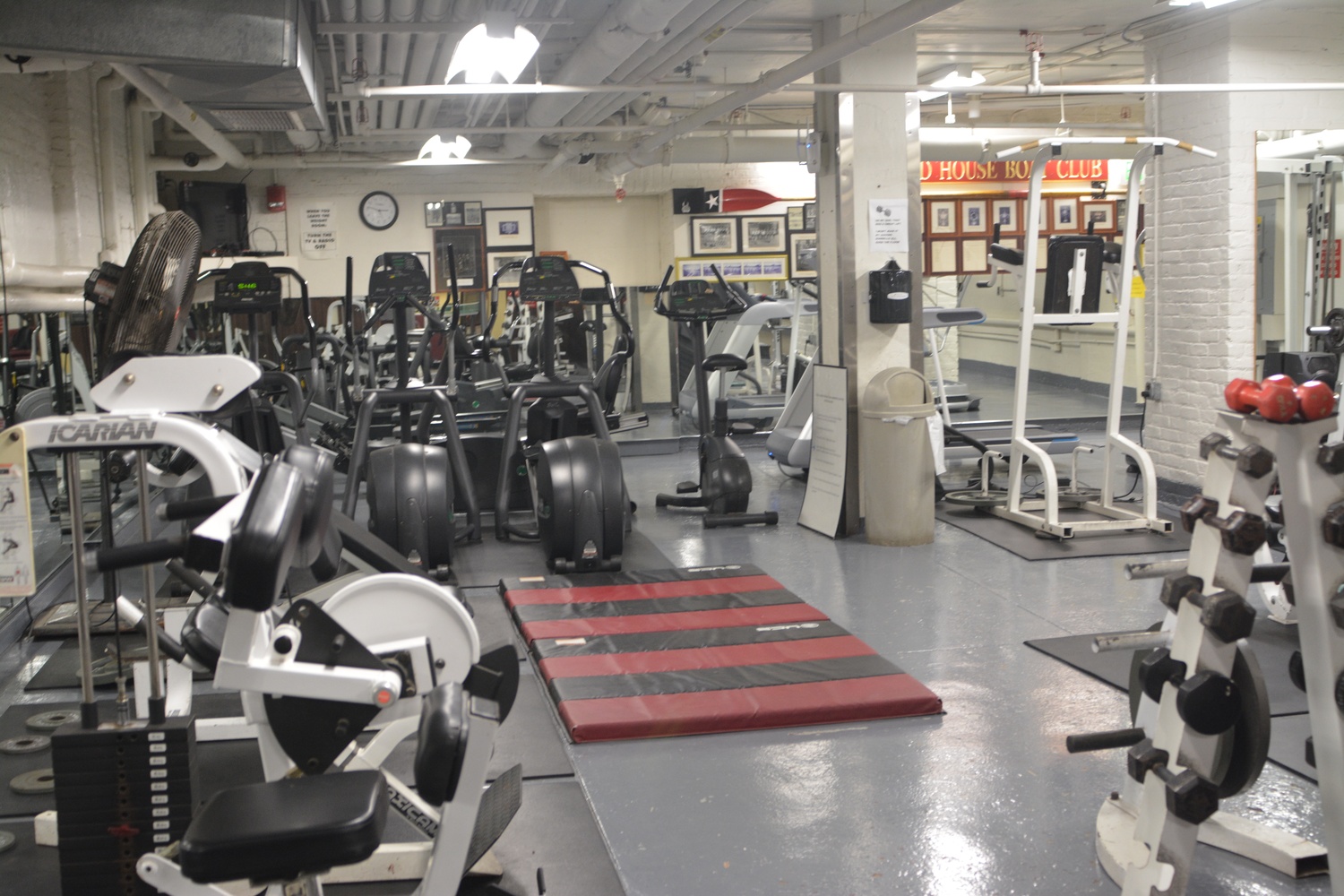 Kirkland is roughly the same size and layout as Quincy, with the minor addition of a bizarre machine called the “i-Shape,” which resembles either a spider web or a torture device. Go ahead and try it out: We weren’t brave enough. Kirk is also distinctive for having no swipe: The gym opens onto a common room, which has both benefits and drawbacks. If you’re in the neighborhood and the MAC is closed, by all means hit up Kirk—just be prepared to share your workout experience with a p-set stress party or two. 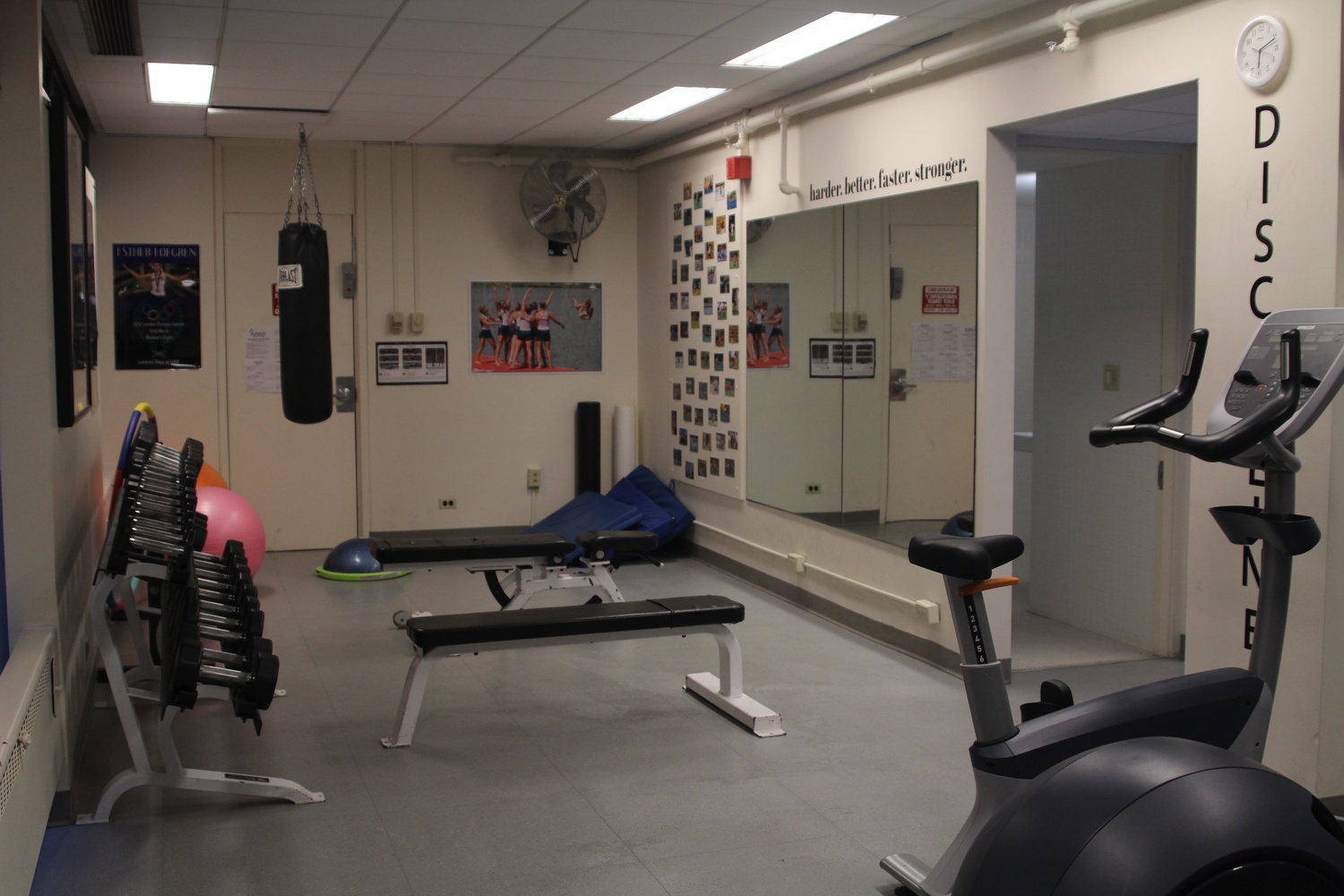 Things get interesting in Leverett Gym, known to residents as “Rabbit Run.” We’re not sure if every space in Lev is equally as bunny-obsessed, but the gym certainly trends this way—a bulletin board advises its athletes on “how to be a good Gym Bunny” and pictures of rabbits gambol around the walls, along with a lifesize cutout of famous former Lev resident Jeremy Lin ’10. Gym Bud notes that the athletic equipment seems more geared toward dynamic exercises like CrossFit, with plenty of medicine balls and kettlebells. There’s no bench press, though, so bodybuilders should probably steer clear. 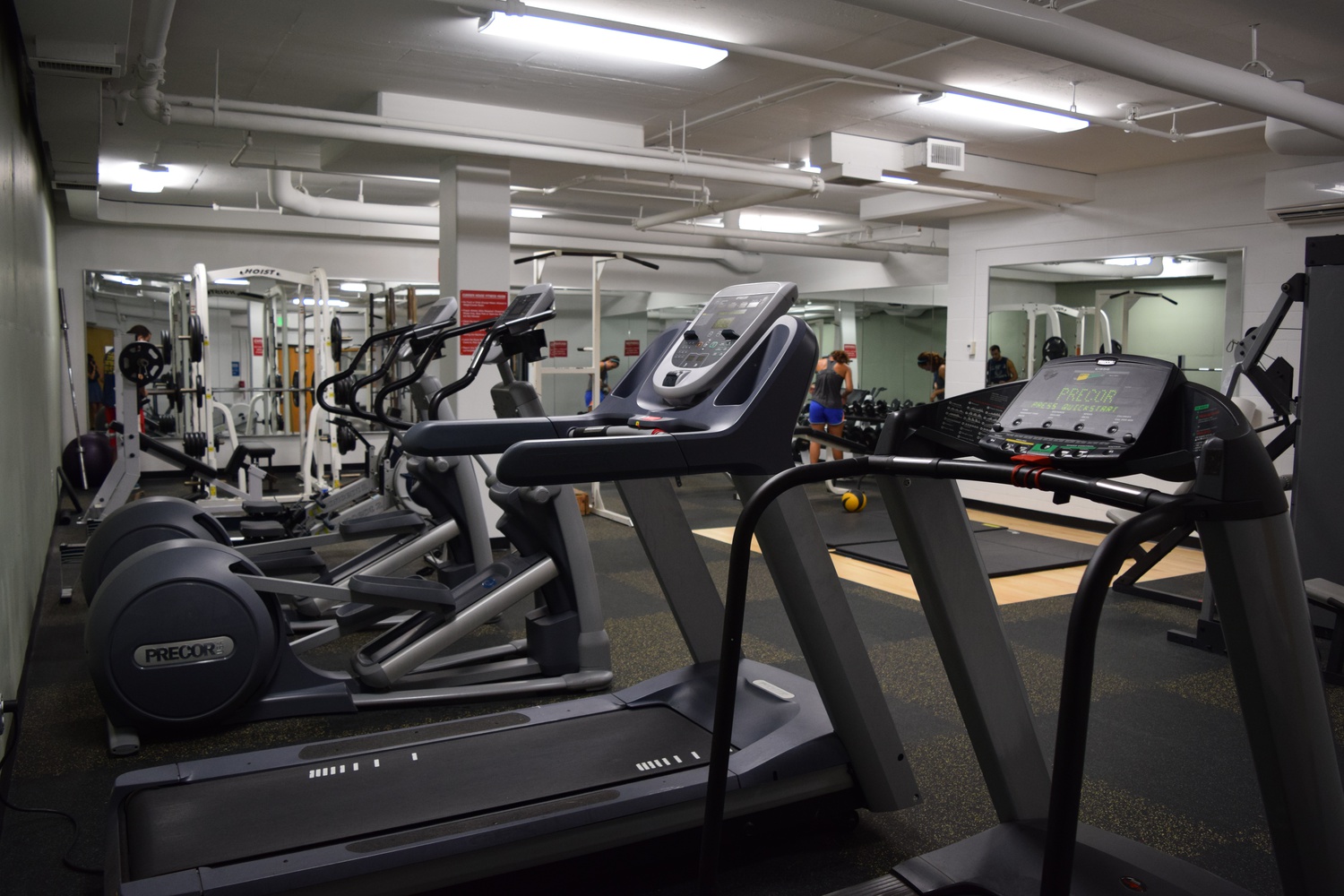 Sparser than both Cabot and Pfoho, Currier gym ranks lower than its Quad siblings. It’s got the basics—weights, treadmills, etc.—but everything is slightly older and grungier. For some reason, there’s a multitude of rusty 45-pound bars but only one bench press. There’s no shortage of mirrors, though, so at least Currierites will be able to admire themselves from all angles. 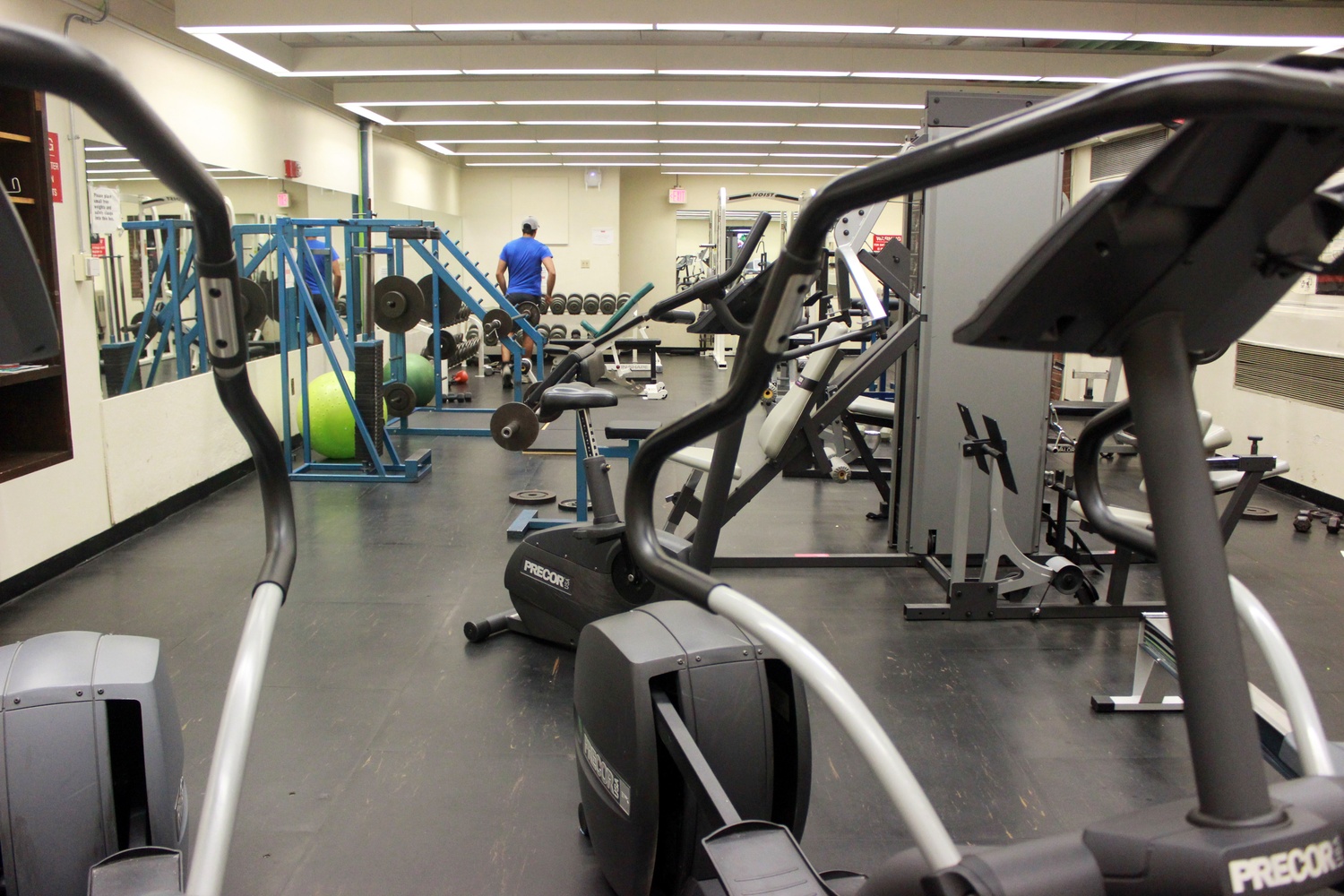 Unlike most of the other River houses, Mather’s gym is on the first floor rather than tucked into a basement, which we appreciated. It’s modern and fairly clean, with a TV and sound system. Gym Bud observes, though, that the cardio equipment—a handful of treadmills and ellipticals—doesn’t match up to its neighbor Dunster’s. Go here if (like me) you prefer running in the great outdoors, or if you’re just looking to get huge and don’t care about cardio. 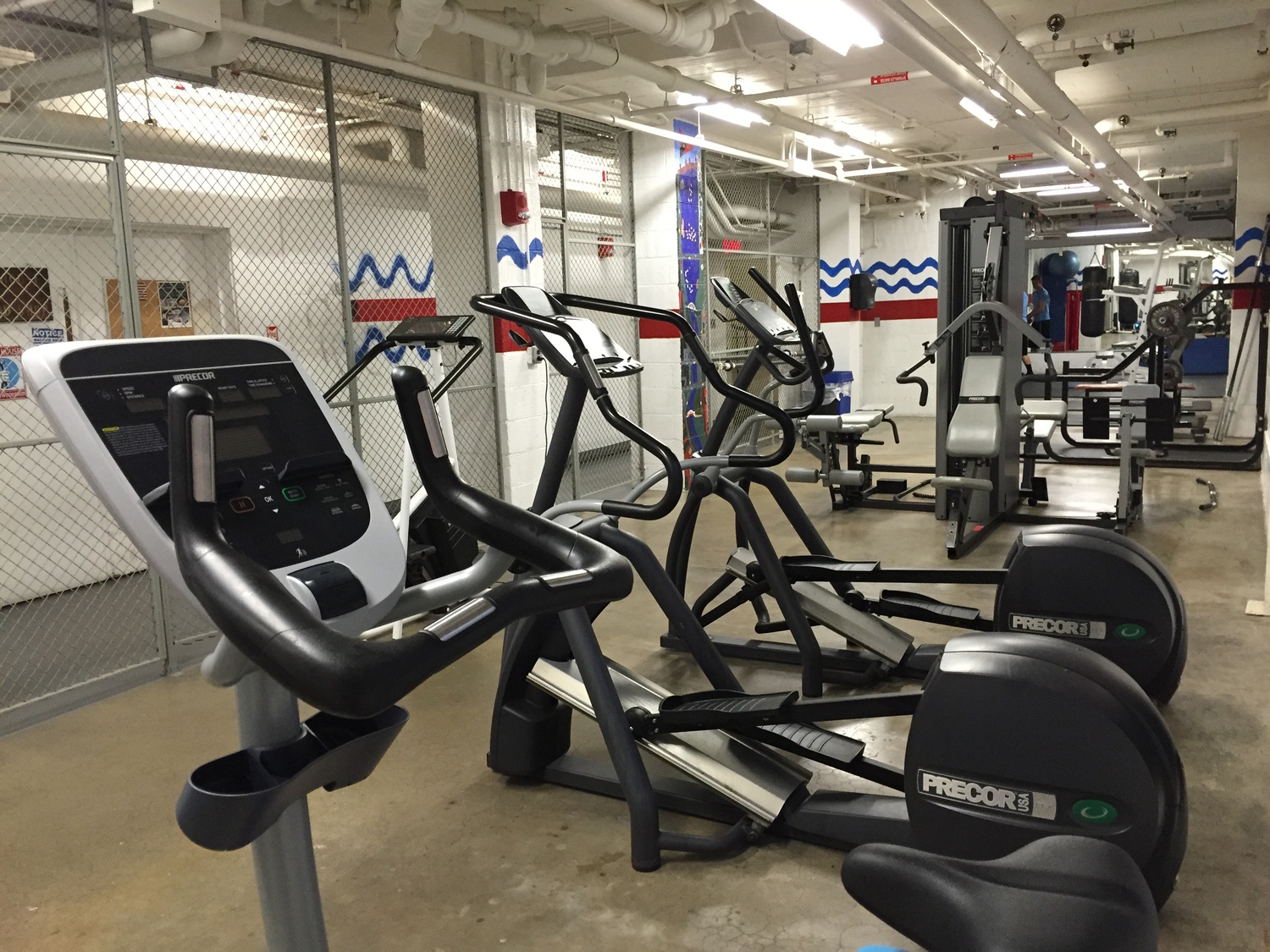 Eliot’s layout is unique among the House gyms. The athletic rooms—separated like Pfoho’s—open onto a long basement hallway, partitioned off by chain-link barriers. Eliot definitely takes first place for rowing equipment: an entire room houses nothing but ergs. The weight room itself is less well-equipped than some of the other River houses, but wins points for its lovely hand-painted décor. If you’re a wannabe Winklevoss, this is the gym for you. Otherwise, we can’t recommend it too highly. 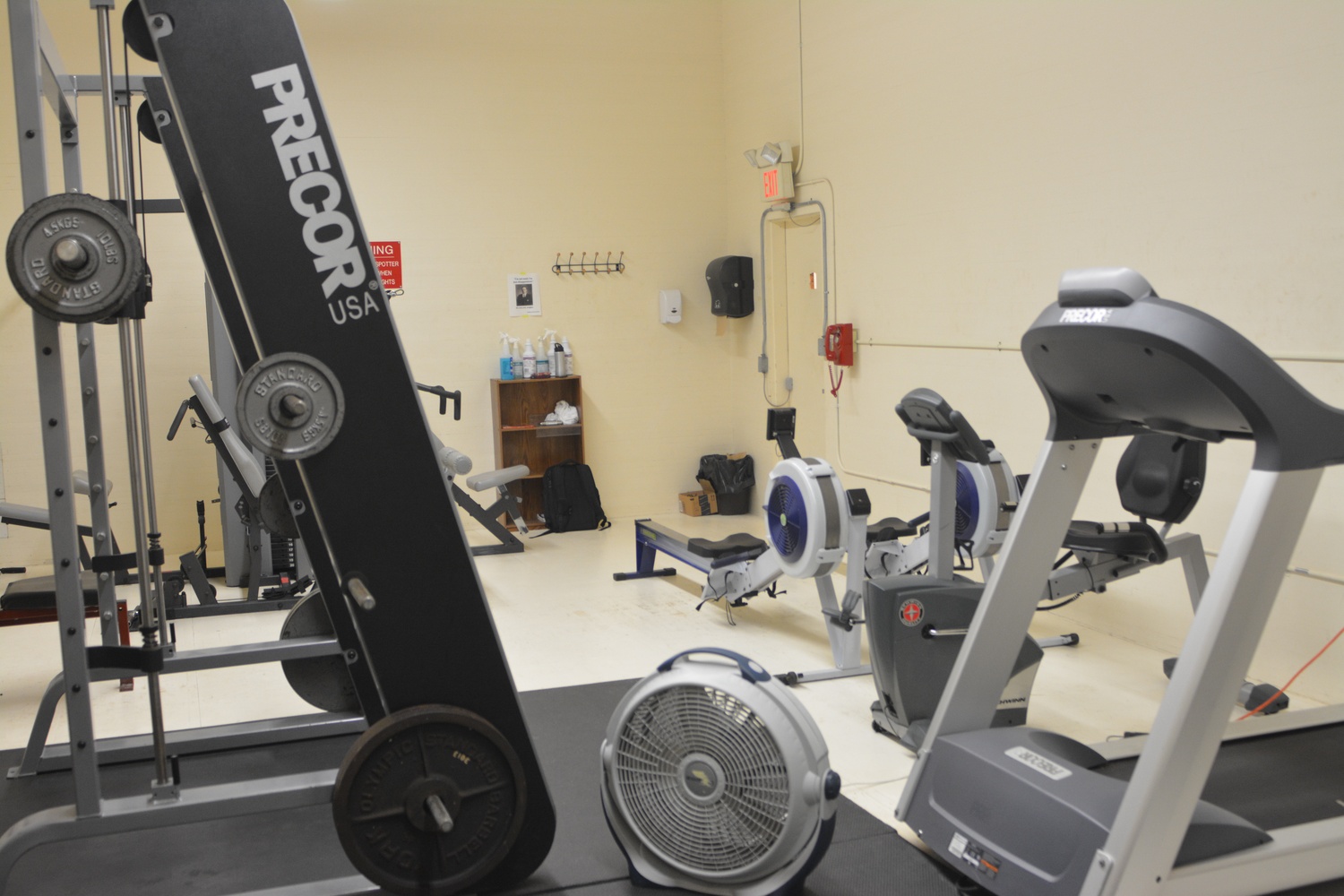 Lowell’s gym is housed in a poorly-disguised former squash court, so the dimensions don’t quite work—it’s high-ceilinged but crowded on the floor. We also didn’t appreciate the passive-aggressive posters asking us to restack our weights (“I’m not mad, just disappointed.”). Overall, Lowell is perfectly functional, but given the proximity of the MAC, we’d advise that you head there instead if your tolerance for stale squash-court scent is low. 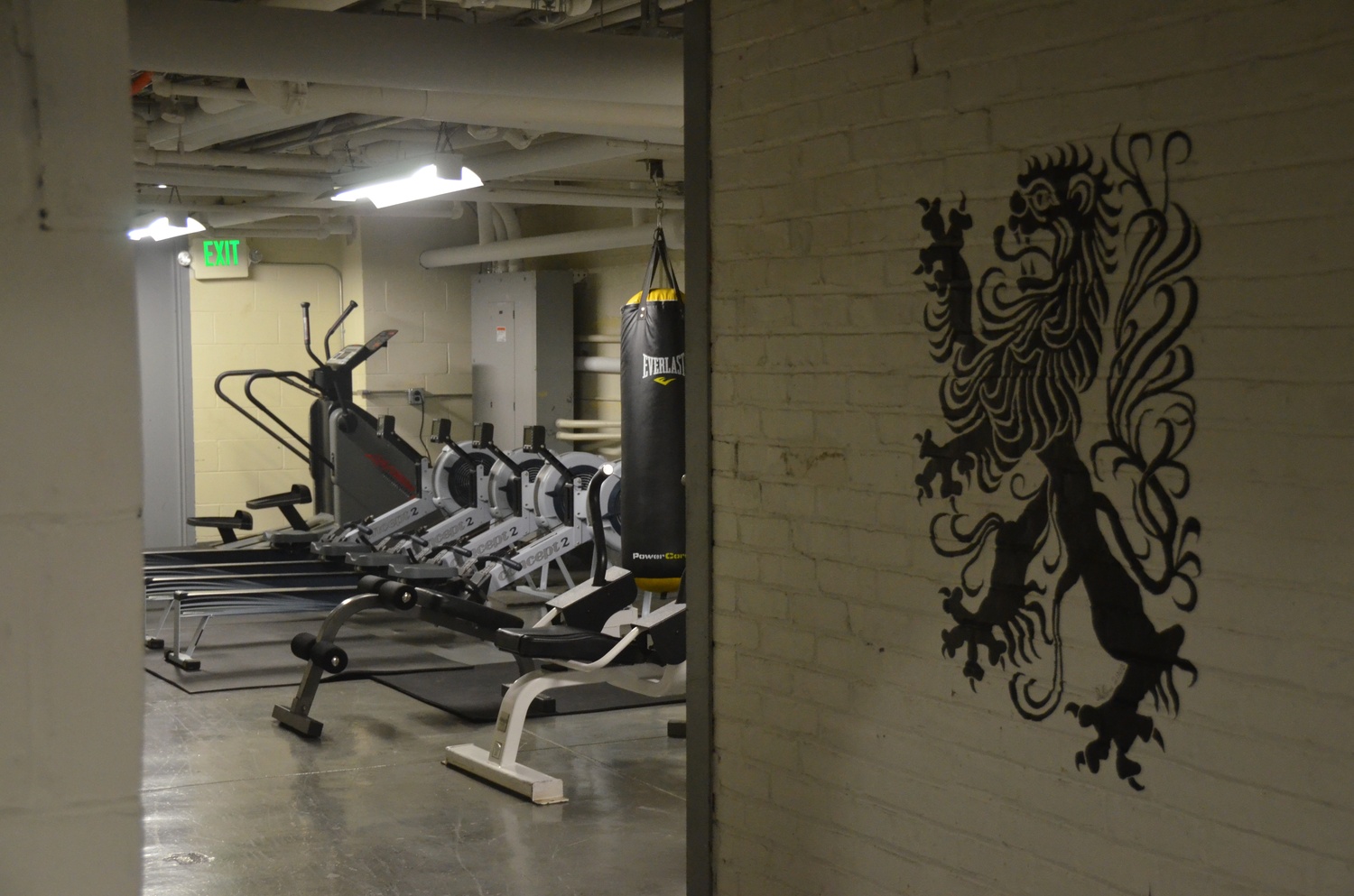 Sorry, ’Thropstars. Your gym’s got plenty of equipment—lots of weights, benches, and treadmills—but it’s all crowded into a space reminiscent of a medieval dungeon: hot, dimly-lit and low-ceilinged, complete with a “Kernerator” brand incinerator in one wall. We’re not sure this is what personal trainers mean by “feel the burn.” 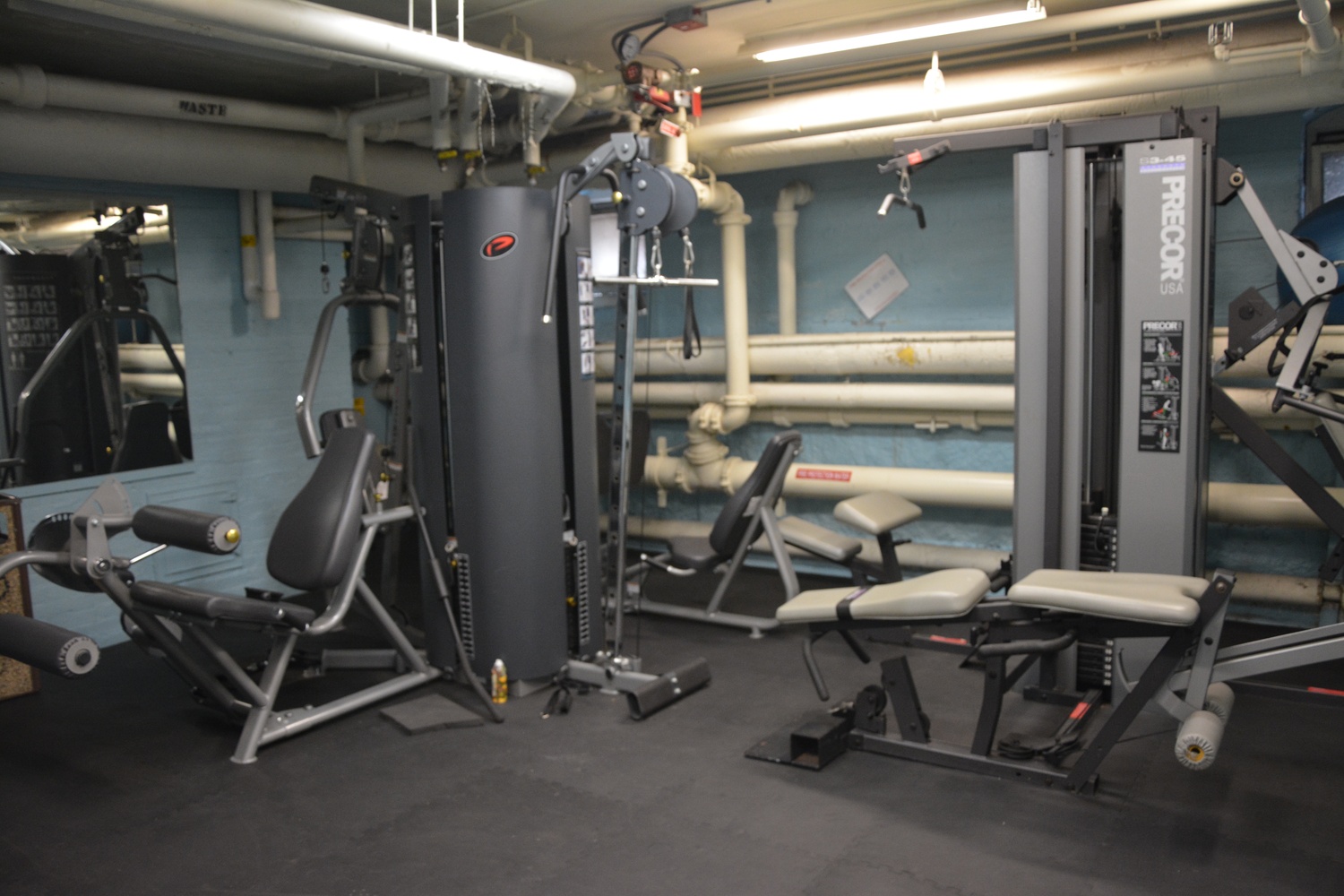 Gym Bud and I conclude our gym crawl at our very own house, Adams. Sadly, even our House pride can’t save home sweet home from the bottom spot. There’s little to the Adams athletic facilities beyond a couple of treadmills and weights stuffed into the Adams tunnels, which are gorgeously painted by previous Adamsians but not our idea of a well-ventilated workout space. We do appreciate, though, how the tunnels lead up to Adams d-hall—and man, after all that energy spent imagining working out, we are starved. Golden Nuggets and Netflix, anyone?