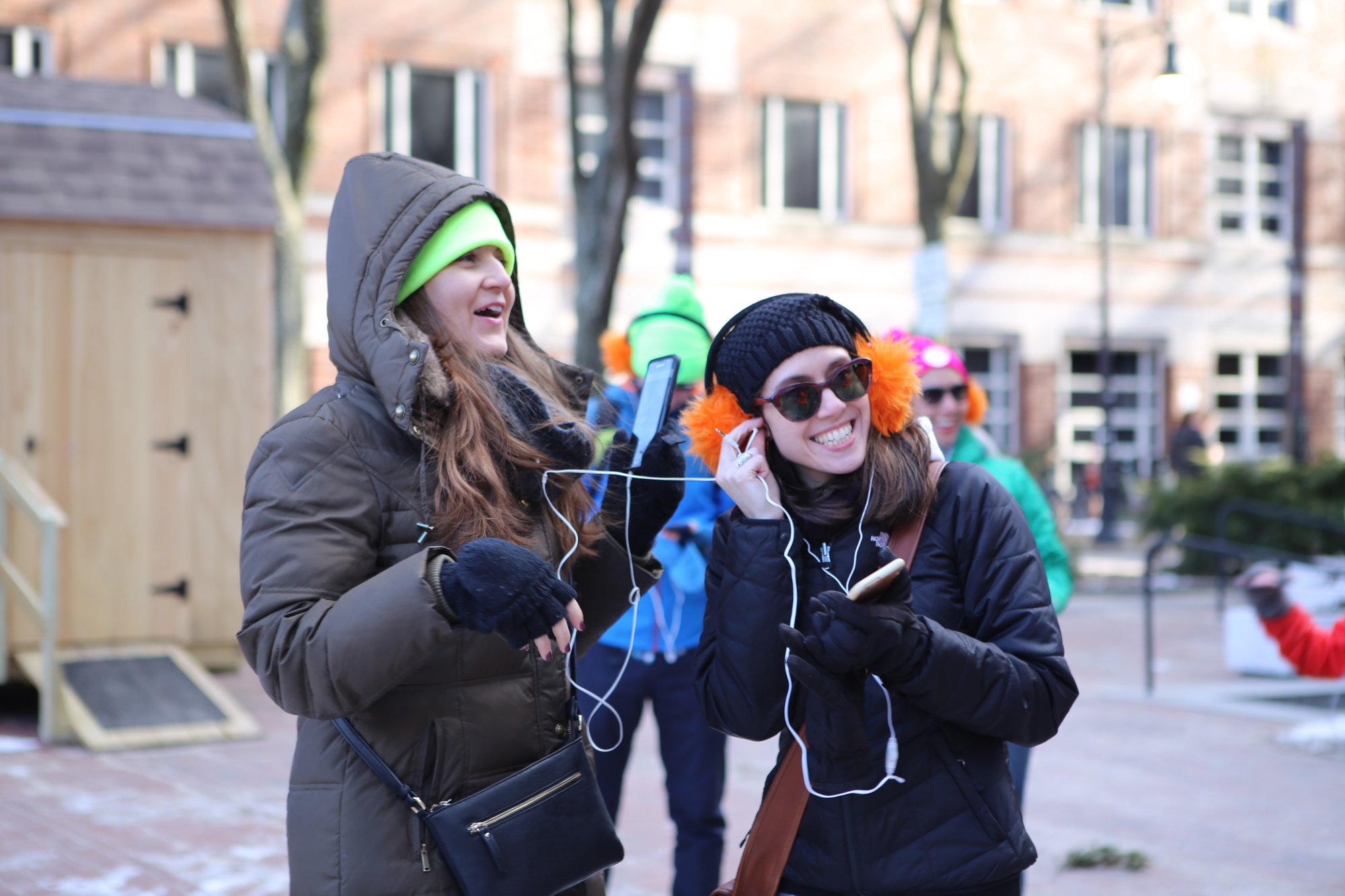 Participants in the “silent disco” used the smartphone app EchoMe to listen in to a shared stream of music.
Advertisement
Advertisement

Dancin’ in the Street: A Silent Disco

The event itself was so much more than just a platform for sharing music. The experience made silently rocking out to your favorite songs perfectly acceptable—even encouraged.
By Aidan M. Fitzsimons

On Saturday, Feb. 4, dozens of warm-spirited people gathered in Brattle Square wearing bright neon hats, earbuds, and their coziest layers to kick off a “silent disco.” Silent discos are a relatively new phenomenon in which participants tune into the same playlist, dancing together in public to the music that their earbuds share. Meanwhile, uninvolved passersby are left bemused by the illusion of silence.

From Brattle Square, the group of about 50 dancers grooved their way through JFK Park, Harvard Stadium, and a playground. They paraded over Anderson Bridge and concluded the festivities in a small, concrete building in Allston. Here, participants finally removed their earbuds and jammed out to a live DJ. Dancers let loose inside, enjoying refreshments provided by Whole Foods and other local sponsors.

Lily Wang—an entrepreneur and one of the co-producers of the popular, morning, alcohol-free dance party called Daybreaker in Boston—organized the entire event from start to finish. When Wang came up with the idea for a mid-winter silent disco, she was able to quickly enlist an army of devoted volunteers. “It’s all about conscious partying,” Wang says. “Seasonal affective disorder is real.” 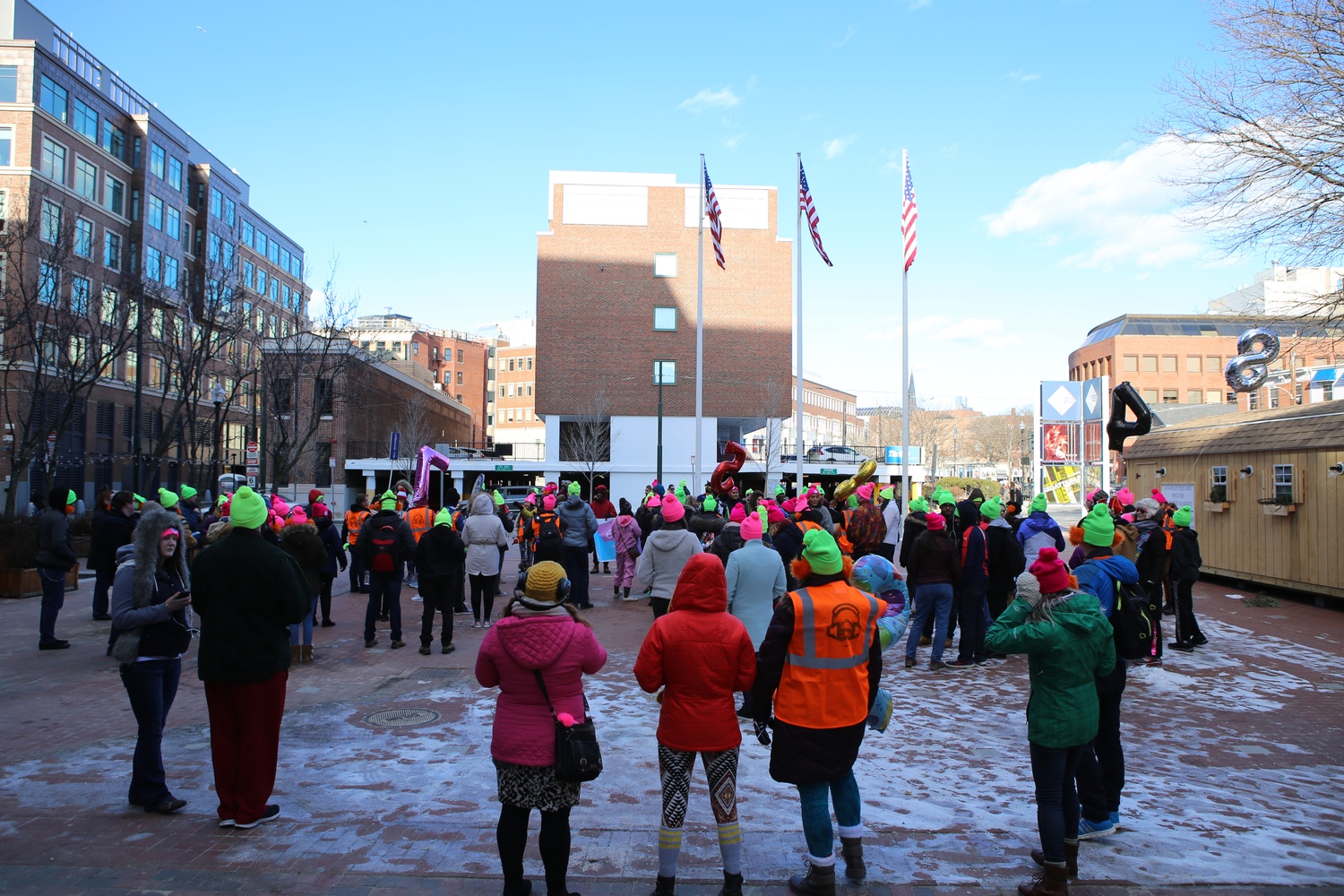 The disco was made possible by a smartphone application called EchoMe, which allowed users to simultaneously listen in on a shared stream of music. Christian Nicholson, a recent graduate of Boston College who created the app, led the parade of dancers by example with his smooth, quirky-cool-techie dance style.

“[Music] literally, physically moves people,” Nicholson said. “It has the power to build communities, and that’s what we’re all about. We’re a live discovery music application… focused on real-time connectivity.”

For Saturday’s disco, Nicholson connected with local DJ Tonis. The playlist featured a myriad of modern styles, but every song had one thing in common: danceability.

But the event itself was so much more than just a platform for sharing music. The experience made silently rocking out to your favorite songs perfectly acceptable—even encouraged. By the time we got to the final party, the energy was so overwhelming and contagious that we’d all worked up an absolute drench of a sweat.

On my walk back to Harvard, I played a dancey song by Downtown Boys. The slow traffic on the Anderson Bridge got a great view of me skipping and shimmying unashamedly by myself.