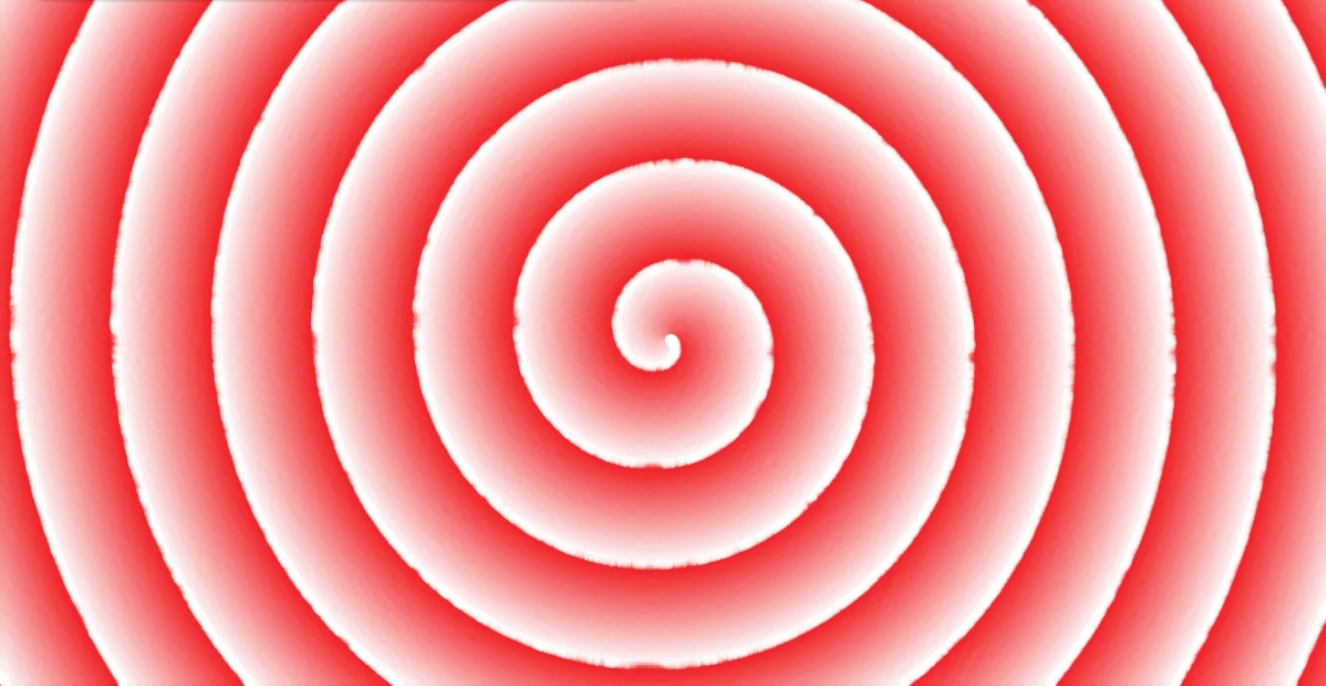 Chicken Soup with a Side of Hypnosis

I felt sure it was not a mind problem, but a physical one — I had the bloat to prove it. When I asked how I might resolve said “mind-body” problem, she prescribed hypnosis.
By Jensen E. Davis

In August, after a summer of intense gastrointestinal pain, I went to my grandmother’s gastroenterologist. I lay down, belly up, as she pressed on my intestines and asked what was specifically wrong with my stomach. I launched into a several-minute-long description of the bloating I’d experienced almost every time I ate food shortly after moving to New York City for the summer. This was not a normal bloat — my stomach became so distended that my pants, 10 minutes prior a bit too loose, would barely fit around my body. Even after unzipping. My belly was so swollen I could barely walk. My stomach felt like a vat of corrosive acid. On the subway after dinner one night, wearing a form-fitting dress, I was offered a seat on the subway by a man who “thought I was pregnant.”

My grandma’s GI seemed unperturbed by this. After a few questions about my daily routine, she firmly concluded that I had a “mind-body problem.” I was imagining a stomach ulcer diagnosis, or something similarly intense, so this amorphous diagnosis seemed flippant. I felt sure it was not a mind problem, but a physical one — I had the bloat to prove it. When I asked how I might resolve said “mind-body” problem, she prescribed hypnosis.

Shortly after, I left the office. Instead of a concrete diagnosis and recovery plan, I felt my doctor had somehow undermined my physical pain by chalking it up to a mind problem, as if that implied I was merely willing myself into obscene bloating. I did not consciously decide to bloat and, similarly, I could not consciously de-bloat. The hypnosis prescription seemed like a cruel joke.

Since the appointment, though, I have thought incessantly about the prescription. I’m amenable to the idea that the mind and body are, to some degree, intertwined. So why did I feel slighted by my doctor’s conclusion?

Doctor Carol S. Ginandes ’69 leaned back into the leather armchair in her office, which smelled like Quaker-brand cinnamon apple oatmeal. I sat opposite Ginandes in a worn chair that squished around my body. Ginandes, who has been a psychologist since the early 1990s, seats her patients in the chair. Instead of a hypnotherapy session, though, I was there to interview Ginandes about her practice.

In both her clinical work — Ginandes is an assistant professor of psychology at Harvard Medical School and staff associate at McLean Hospital — and her private practice, Ginandes works to alleviate mind-body issues. She clarified that this term includes a variety of ailments ranging from mental health issues like depression and eating disorders, to physically manifested issues like diabetes and bone fractures, to behavioral issues like smoking and stress reduction. For her entire career, Ginandes has incorporated hypnotic techniques in her practice.

Ginandes told me there is no “average” hypnotherapy session. The process resembles talk therapy: sessions center around a specific problem. Curing the problem depends on how the individual reacts to treatment and on the severity of the problem. And, much like talk-therapy, hypnotherapy sessions involve the patient and the doctor talking about the issue.

But, unlike talk-therapy, these sessions also include time for the patient to learn hypnotic techniques, which, according to Ginandes, might include “sitting in a comfortable chair and a provider teaching you how to shift gears.” The “shift” is from a normal, waking consciousness to a hyper-absorbed state, one in which the patient focuses so intensely on an image, word, or idea that peripheral concerns or images disappear. It’s a “state of absorption” that one can induce by conjuring up certain mental stimuli. Ginandes emphasized that it’s really “self-hypnosis” — the clinician teaches the patient techniques so they can elicit a specific reaction when they need or want to.

By the end of our meeting, I reconsidered my original hypnosis prescription. Hypnotherapy seemed like the second cousin of cognitive behavioral therapy, a practice that uses talking through and creating mental imagery to modify the way your brain responds to a stimulus. Words may not exist as concrete, literal things, but as someone that studies them in school and has been in talk-therapy for five years, I’m confident they correspond to something tangible.

About a week after meeting Ginandes, I talked to Anne Harrington ’82, professor and undergraduate studies director in the History of Science department. Although I was relatively sold on the whole hypnotherapy thing at this point, she explained the sordid history of the practice. In the late 19th century, hypnosis usually consisted of a doctor (always male) controlling a patient (almost always female). Hypnosis could be, and often was, a sly manipulation technique. It was largely considered a mythical, discredited pseudoscience.
The idea of powerful men implanting ideas into my brain by illusion halted my unalloyed joy at the prospect of hypnotherapy. What if my stomach pain was not my own but, rather, a conditioned pain, something mistakenly internalized? What if my stomach didn’t actually hurt hurt but I merely thought it hurt? Did it matter if my stomach problems originated in my brain if I was certain I felt my stomach lining burning?

Ginandes explained that hypnotherapy researchers conducted experiments that would result in concrete data to resolve this dilemma. In 1999, Ginandes and Daniel I. Rosenthal, a professor of radiology at Harvard Medical School, conducted a randomized, controlled pilot study to test how 12 people with the same ankle fracture would heal with and without hypnotic intervention. According to the final report, after nine weeks, the patients with hypnotherapy had “greater ankle mobility, greater functional ability to descend stairs” and, for the first six weeks, “lower self-reported pain.”

There was a measurable outcome, but the enduring problem with hypnosis is proving that the actual practice exists. Unlike taking a pill with a measured dose of medicine, how can you quantify how potent mental imagery is? Even before determining its potency, if something is simply thought into existence, does it actually exist? Is not feeling pain as legitimate as curing pain? Ginandes had empirical results, as did several dozen other researchers who, around the early aughts, researched the relationship between pain relief and hypnosis, but the neurological mechanisms responsible for this were still a mystery. Researchers couldn’t necessarily explain how and why hypnotherapy worked.

A year or so after Ginandes completed her ankle fracture study, Stephen M. Kosslyn, former Dean of Social Sciences and John Lindsley Professor of Psychology at Harvard, and four other scientists, tested if hypnosis could modulate color perception.
Last weekend, over a cup of hot cocoa, Kosslyn explained his experiment to me. By using hypnotic techniques, eight subjects were asked to see a color pattern in a grey rectangle. While looking at the image, they had their brains photographed with PET scans. Those hypnotically induced to see color in the grey reported that they did in fact see color. And, thanks to the PET scan, a relatively new technology at the time, their reporting was verified — the hemispheres of the brain that activate when looking at color were actually activated. In short, their brains lit up as if they really saw color.

As Kosslyn recalls his study, he sips on hot chocolate (made with water). I drink ice water. My father had told me that acid reflux runs on his side of the family and, at least in him, is triggered by chocolate. My stomach feels tense, like a large rubber band is snapping my muscles towards my center of gravity. I had to read an entire novel and finish a problem set by the following morning, and though I was not thinking about my homework, stress lingered in my stomach muscles. I avoided chocolate.

Although the study won an award, no one ever really expanded upon Kosslyn’s research. When I asked why, he paused: “It was just too far off the beaten-track.” Despite the increased research around the physical component of hypnosis, hypnosis remained a small field, which Kosslyn partially attributes to “leftover behaviorism… the idea that to talk about mental activity is very squishy and unscientific. That you should just observe behavior. Stimuli, responses — what you can see.”

Hypnosis’s infamy is at least somewhat due to its history. But the infamy endures, in part because of the impossibility to prove that a feeling or a suggestion is something real. If a hypnotic suggestion is just that — a suggestion — does that make the subjective experience any less real? Why isn’t feeling less pain the same as having less pain? Unlike one’s temperature, one’s experience is not reliably quantified — but is quantification the marker of realness?

A week after returning to campus this fall, my intestines and stomach suddenly healed themselves. I stopped bloating after meals, even meals with lots of raw vegetables (which usually cause bloating, even in people with durable stomachs and duodenums).

I had quickly re-established routines that I had abandoned over the summer. The physical stress of traveling around the city via the subway, the train windows foggy with humidity and perspiration, was replaced by quiet, lush walks from the Quad to the Yard. I started sleeping and waking up at the same time — and doing so a door away from my three closest friends.

I am not quite sure why my stomach suddenly stopped properly digesting food or why it eventually cured itself. But the physical pain, even if a bodily manifestation of repressed feelings, definitely existed. Even that man on the subway saw it. Although I don’t know how my stomach relief came about, I’m certain that I feel the relief. That’s all I really wanted.

— Magazine writer Jensen E. Davis can be reached at jensen.davis@thecrimson.com. Follow her on Twitter @jensendavis12. This is the second installment of her column, What Are You Lifting?, which explores different ideas and approaches to health in and around campus.