10. “The Hate U Give”
Though it might seem like just another YA novel-turned-movie, “The Hate U Give” strives to take a critical look at two communities — a wealthy white neighborhood and a poor, mostly black one — through the eyes of teenager Starr Carter (Amanda Stenberg), who is caught between both: the former where she attends school and the latter where she lives with her family. After she witnesses the tragic shooting of her friend, a black teenager, at the hands of a white police officer, Starr faces pressure from both of her communities but must ultimately learn to fight for the truth. —Aline G. Damas

9. “Sorry To Bother You”
“Sorry to Bother You” (2018) weaves a tale of the corrupting influence of late-stage capitalism on the human spirit. Writer-director Boots Riley brings viewers into the world of telemarketer Cassius “Cash” Green (Lakeith Stanfield). After Cassius discovers his “white voice,” he is propelled to greater and greater riches — all while his sense of morality and loyalty to his community erodes. A combination of magical realism and hard truths, this dramatic film explores the intersection of race, class, and wealth in the 21st century. It’ll leave you entertained and unsettled. —Noah F. Houghton

8. “Love, Simon”
One of the most anticipated films by the BGLTQ community this year, “Love, Simon” tells the coming out story of high schooler Simon Spier (Nick Robinson). Directed by Greg Berlanti, the film snagged several Teen Choice Award titles and was nominated for the People’s Choice Awards. When we reviewed the film earlier this year, we called it “nothing new” but also praised “Love, Simon” for capturing seemingly mundane moments and normalizing BGLTQ romances. Based on the book “Simon vs. The Homo Sapiens Agenda” by Becky Albertalli, “Love, Simon” traces the first love in a teenage-glazed rom com — though it sometimes “forgets it’s a coming out story.” —Lucy Wang

7. “Avengers: Infinity War”
The event movie to end all event movies, “Avengers: Infinity War” trashes everything we’ve learned to expect from films (Who needs character development when you have 79 years of comics and 18 movies to work off of?) in favor of pure maximalism. In two and a half hours, it transforms its teeming dramatis personae into the modern mythological figures everyone always compares them to. (Does a child sacrifice on the mountain sound familiar?) Sure, the movie’s missing a last act, and Thanos isn’t that deep, but it’s hard to pause and nitpick when the adrenaline is rushing this relentlessly. —Jonathan P. Trang 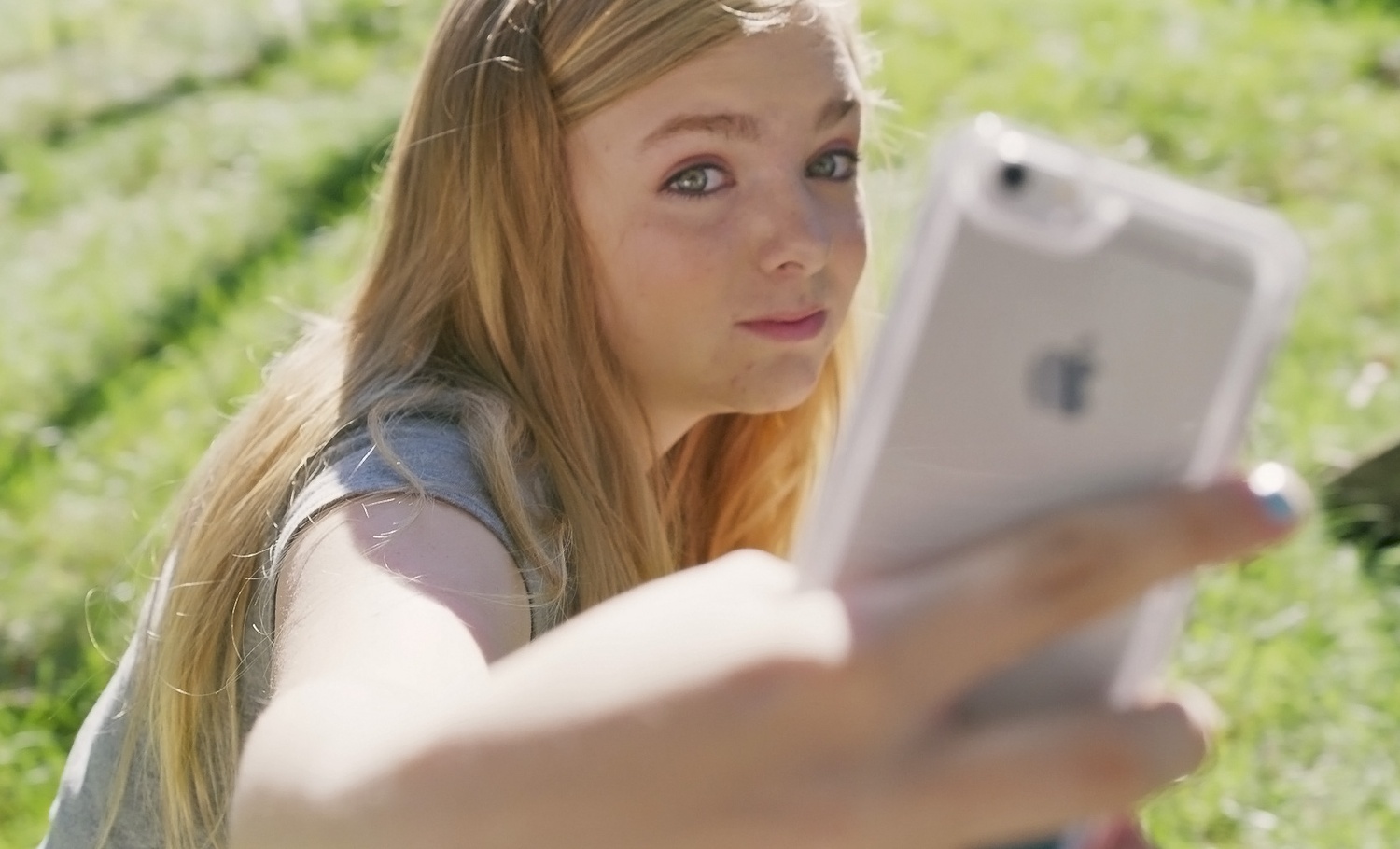 By Courtesy of A24

6. “Eighth Grade”
Movies love reimagining the “unpopular kid” into stylish, witty, minimally-awkward leads. But that’s not Kayla Day (Elsie Fisher), our Hollister-wearing, vlog-filming, Gen Z heroine. “Eighth Grade” is painfully sharp with the loneliness Kayla feels from her failed attempts at friendship. But it also glows with her strength, culminating in a beautiful, unpolished, unchoreographed outburst right before middle school graduation. “Eighth Grade” doesn’t want to set unrealistic expectations of a better tomorrow, but it wants to give you hope — and that’s somehow kinder. “You never know what’s next,” Kayla says. “And that’s what makes things exciting, and scary, and fun.” —Grace Z. Li

We reviewed “Eighth Grade” and gave it 4/5 stars. Read more here. We also chatted with its director, Bo Burnham.

5. “Manbiki Kazoku” (“Shoplifters”)
The heartbreaking story of a Tokyo family living in poverty who must steal for subsistence won the Palme d’Or at this year’s Cannes Film Festival. Directed by Hirokazu Kore-eda, “Shoplifters” follows a family who adopts an abused young girl and takes her into their makeshift home. With its slow-building tenderness and artful cinematography, the film would already be a triumph — but its greatest strength is its climactic unraveling of the truth, which Kore-eda gently teases out, revealing the dark secrets underpinning the family’s unconventional arrangement. “Shoplifters” examines the ethical limits of love and family with immense care. —Caroline A. Tsai

4. “A Star is Born”
“A Star is Born,” starring Lady Gaga and Bradley Cooper, is a remake of a 1937 (and 1954, and 1976) drama that few asked for but almost everybody appreciates. The film follows powerhouse singer Ally Campana (Gaga) as she gets “discovered” by country-rock star Jackson Maine (Cooper) — and as she ultimately begins to eclipse him. “A Star is Born” has been lauded for Lady Gaga’s sparse singing style and Cooper’s earnest take on the original plotline. The New York Times made the movie a Critic’s Pick, praising it as one woman’s journey “toward fabulous self and sovereignty.” —Iris M. Lewis

We reviewed “A Star is Born” and gave it 4/5 stars. Read more here.

3. “Incredibles 2”
“Incredibles 2” is super fun. For any children meeting this superhero family for the first time, there are plenty of reasons to delight in this 14-year-awaited sequel, from the antics of baby Jack-Jack to the perfect pacing. Meanwhile, 20-year-old audience members on nostalgia trips can appreciate the upgraded animation, which perfects frustrated facial expressions and boosts chase scenes to maximum excitement, along with the faithful continuations and developments of familiar characters. All this works at the service of a power-to-the-people, anti-corporation, anti-regulation, anti-screen narrative, but its most convincing message is that sequels can sometimes succeed. —Liana E. Chow

By Courtesy of Warner Bros

2. “Crazy Rich Asians”
This summer’s blockbuster was a landmark win for onscreen diversity. “Crazy Rich Asians,” based on the bestselling novel by Kevin Kwan, was the first major picture to star an all-Asian cast in a contemporary setting in 25 years. Critics heralded the film for its portrayal of the Asian-American experience, as well as exceptional performances by Constance Wu, Michelle Yeoh, and newcomer Henry Golding. The film was not only a victory for Asian representation, but also a big-hearted (not to mention big-budgeted) romantic comedy. It also swept at the box office, grossing $236.5 million worldwide. Crazy rich, indeed. —Caroline A. Tsai

Earlier this summer, we talked about why loving “Crazy Rich Asians” was crazy complicated. Read the thinkpiece here. We also interviewed several of the cast members.

1. “Black Panther”
“Black Panther” was met with rave reviews and is to date not only the highest-grossing film of the year but also the third-highest of all time. Set in the fictional African country of Wakanda, the story follows King T’Challa (Chadwick Boseman), and his alter-ego Black Panther, as he protects his country in the face of a power struggle. Written and directed by Ryan Coogler and with a stellar cast including Chadwick Boseman, Michael B. Jordan, Lupita Nyong’o and Danai Gurira, the film has been hailed as a long-overdue triumph of black representation in superhero movies and lauded for giving fans new role models within the Marvel Universe. —Yael M. Saiger