In ‘A Star is Born,’ Lady Gaga Peels Away the Poker Face 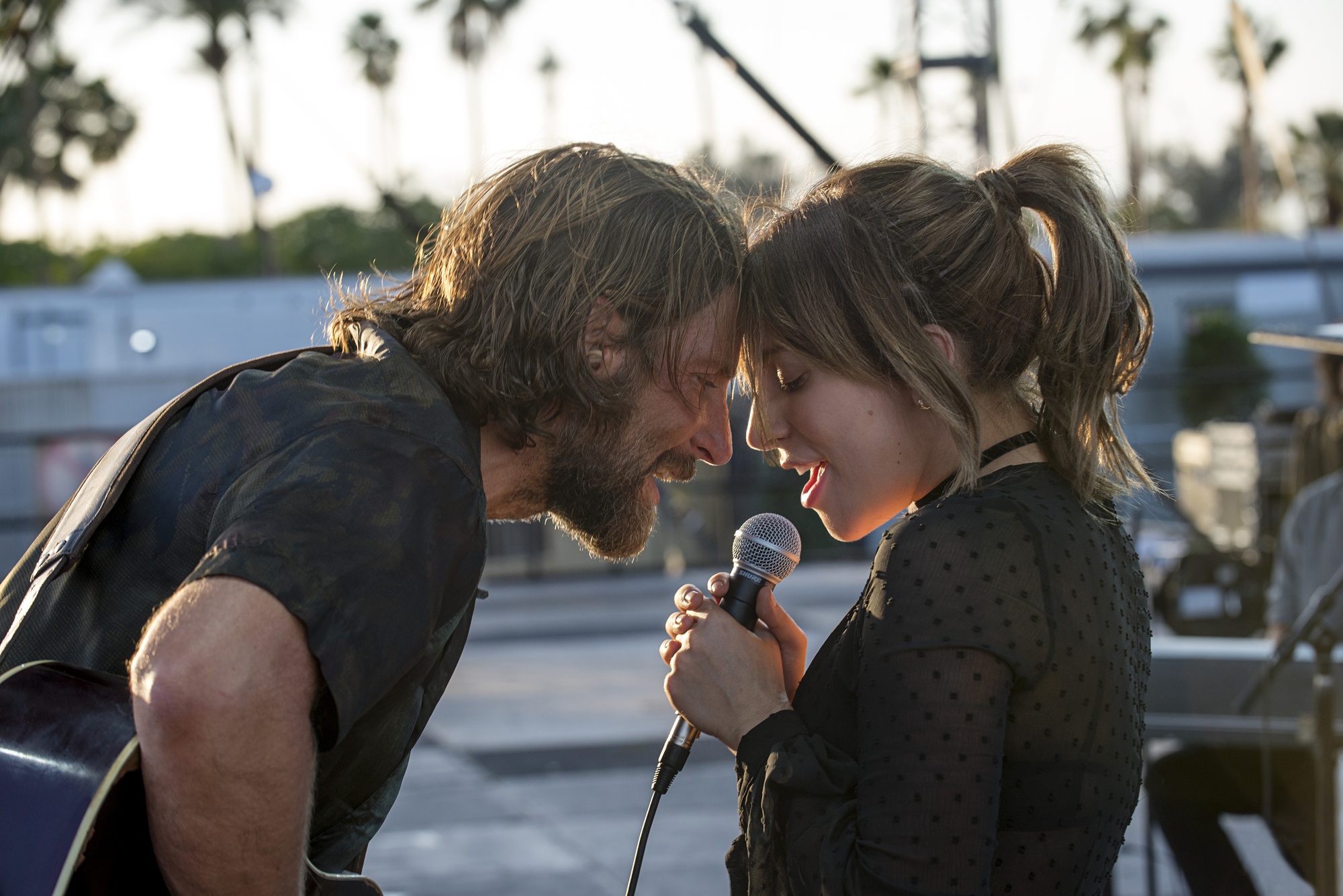 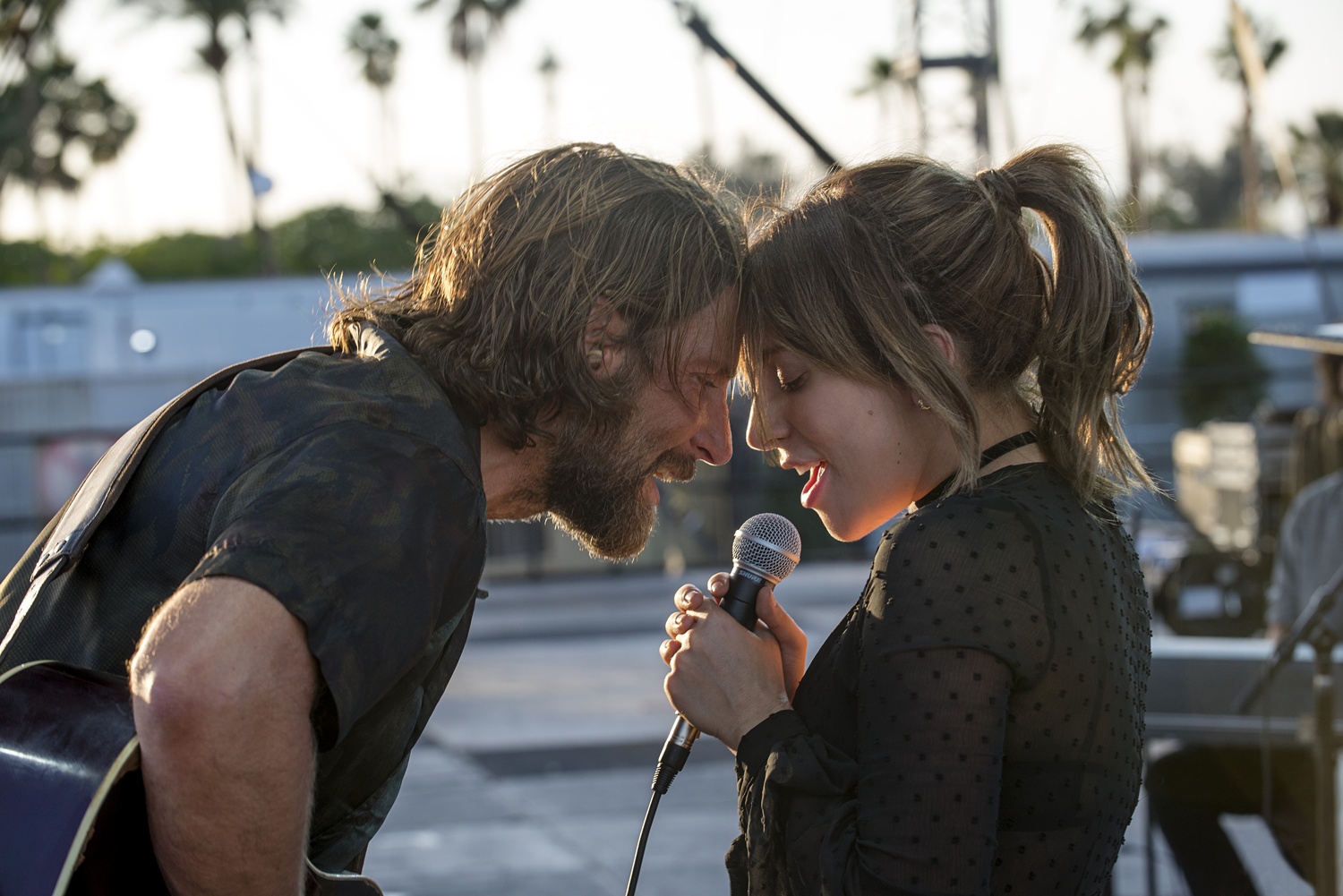 Bradley Cooper and Lady Gaga star in "A Star Is Born" (2018), directed by Bradley Cooper. By Courtesy of Neal Preston / Warner Bros.

Whether she’s wearing slabs of meat, inflatable tentacles, or a Picasso painting, Lady Gaga has always been larger than life. She is glamorously, defiantly exaggerated, putting on a carefully curated display of performative female power that refuses to be sweetened or tamed. She is a show in and of herself — and beneath the bedazzled eyebrows and infamous poker face, she’s untouchable.

At least, that is the Lady Gaga we’ve come to know and love. But in Bradley Cooper’s exuberant directorial debut “A Star is Born,” Lady Gaga peels away the costumes to reveal a raw power that is, in many ways, more of a thrill than any of her wildest costumes.

“A Star is Born” centers around the personal and professional relationship between aging country legend Jackson Maine (Bradley Cooper) and his new prodigy, waitress-turned-popstar Ally (Lady Gaga). It is the third in a series of remakes of the 1937 original, the first in 1954 and the second, and more famous, in 1976 (starring Kris Kristofferson and Barbra Streisand). Thankfully, Cooper’s version is not only freshly reimagined in many ways, but far ahead of its predecessors in the nuance and agency of its protagonists and the quality of its powerhouse soundtrack.

With much of its momentum resting on its established celebrity leads, Gaga in particular determined to forge a new career path, “A Star is Born” would seem like a movie with something to prove. But unlike many of its genre-defying artist counterparts — like “Dunkirk” with Harry Styles or “Beauty and the Beast” with Emma Watson — “A Star is Born” will obliterate any doubt about Cooper’s singing and Lady Gaga’s acting abilities from the outset. In the very first shot, Cooper saunters on stage in front of a waiting audience, grabs hold of the microphone, and delivers a gripping, grimy, rendition of his original song “Black Eyes” that is both technically and emotionally thrilling. Cooper leaves no doubt in our minds: He is just as capable of spellbinding a rock-concert audience as he is at capturing the layers of his volatile protagonist.

Lady Gaga, for her part, is absolutely riveting as Ally, reinventing the “girl who needs a man to believe in her” archetype by imbuing it with a kind of brittle compassion that is just as devoid of ulterior “sweetness” as it is fiercely, selflessly unshakeable. Like Cooper, she takes full advantage of her first scene, letting out a scream of “Fucking men!” into a bathroom mirror before switching, almost out of nowhere, to a deadpan nonchalance while she sulks back out to her waitressing job. From that moment on, Lady Gaga delivers a soulful, glassy-eyed, down-to-earth performance that is sure to establish her as a serious — and enchanting — actress.

While Cooper and Lady Gaga are both incredible on their own, the relationship they build is what makes this iteration of "A Star is Born" really worth seeing. Their relationship is far from a storybook romance, and it is its messiness, not its perfection, that makes it compelling. The movie’s most memorable moments revolve around that messiness, as Jackson and Ally throw themselves into each other’s arms in an attempt to fill the voids inside themselves and reel from the fissures in the deep, violent bond they form. Jackson’s alcoholism plays a large part in the dysfunction in their relationship and, unlike in previous versions of the story, it’s a part of his character from the very beginning. That choice, motivated perhaps in part by Cooper’s own struggles with alcoholism and recovery, makes the narrative of Jackson’s spiral less about competition with Ally and more about his own demons. As a result, Cooper’s Jackson reads as sympathetic, even if he’s hard to love in many of his lowest moments. But for all the ways Cooper supposedly reinvents himself in “A Star is Born,” he never loses his signature ability to sell a vulnerable, kind-hearted antihero.

Cooper is perhaps less adept at defining the limits of the “forgiveness” that Ally owes to Jackson. There are points where the movie feels so solely focused on Jackson that it never bothers to question Ally’s willingness to put up with his destructive behavior. This imbalance is only heightened by the assumption  — one that’s accompanied this storyline from its first iteration — that it’s inevitable, even reasonable, for Jackson to feel jealous and humiliated by Ally’s success. Given the way Lady Gaga plays Ally as a tough, self-possessed character, her almost unquestioning loyalty to Jackson feels very out of character. Cooper’s version of “A Star is Born” may allow Ally more agency than its predecessor, but it still falls into the trap of romanticizing her until she feels more idealized than real. As a result, the movie can feel like it’s waffling between real female empowerment and its elusive approximation.

Perhaps Ally’s willingness to put up with Jackson’s jealousy would feel more understandable if it was grounded in character, but it seems to conflict with the strength and firmness we see in Ally earlier in the movie. Cooper’s version of “A Star Is Born” may allow Ally more agency than its predecessor, but it still falls into the trap of romanticizing her until she feels more idealized than real. As a result, the movie waffles between real female empowerment and an elusive approximation.

Cooper’s take on “A Star Is Born” is not a perfect movie. But buoyed by outstanding performances from Cooper and Lady Gaga, thrilling concert scenes, and a fabulous original soundtrack, it manages to turn a simple story into something that is thoughtful, exhilarating, and incredibly fun to watch. After it leaves its signature song, “Shallow,” stuck in your head, it will also leave you convinced that Lady Gaga is a true tour-de-force, no matter which side of the “fame monster” she’s on. ​​​​​​​