'Crazy Rich Asians' Stars on How the Film 'Transcends Race'

The first Hollywood studio film in over 25 years with majority Asian Americans in lead roles, the widely-anticipated “Crazy Rich Asians” has been touted as a harbinger for greater Asian and Asian American representation in Hollywood, as well as criticized for skimping on Asian diversity within its cast. Media coverage has been ecstatic as well as measured, raising the question of whether perfect representation can ever be possible, while incremental cultural progress is practical and still commendable.

Kevin Kwan, author of the best-selling “Crazy Rich Asians” trilogy, and “Crazy Rich Asians” actors Jimmy O. Yang and Gemma Chan sat down in the Boston Harbor Hotel for a roundtable interview about their film, out Aug. 15. Adapted for the screen by Peter Chiarelli and Adele Lim, the story follows Nick Young (Henry Golding) and his girlfriend, Rachel Chu (Constance Wu) a fellow NYU professor (and Chinese-American), to his native Singapore, where they attend his best friend Colin’s (Chris Pang) wedding. There, Rachel learns that Nick is from one of the wealthiest families in all of Asia, must negotiate culture shock, and hold her own against jealous bullies and Nick’s disdainful mother (Michelle Yeoh). Chan plays Astrid Leong, Nick’s cosmopolite cousin, and Yang plays Bernard Tai, a bombastic party boy who orchestrates a bachelor party of unworldly proportions.

For all the attention Kwan lavishes on the glamorous excesses of the elite, Chan noted how familiar emotional arcs ground the story and the characters. “Although this story is a specific story about these characters who happen to be Asian, the themes of it are really very universal: love, friendship, family, relationships, conflicts, the conflict between old and new and different generations,” Chan said. “It excited me that I could feel that that would be something that would resonate and would appeal to… people who weren’t Asian, from whatever background, who ever felt like you didn’t quite fit in, or you’re an outsider—that’s something that would speak to you. And for so long, the universal experience has been assumed to be white.”

Yang also underscored the importance of appraising and enjoying the story as it is and not only for what the film symbolizes politically. “It’s an Asian story, but at the same time it’s a very authentic story. I think that’s why it’s so good, [because] Kevin actually knows these people and has the experiences, so I think it encourages more authentic story-writing. It’s not necessarily pushing, ‘Asian, Asian, Asian,’” Yang said. 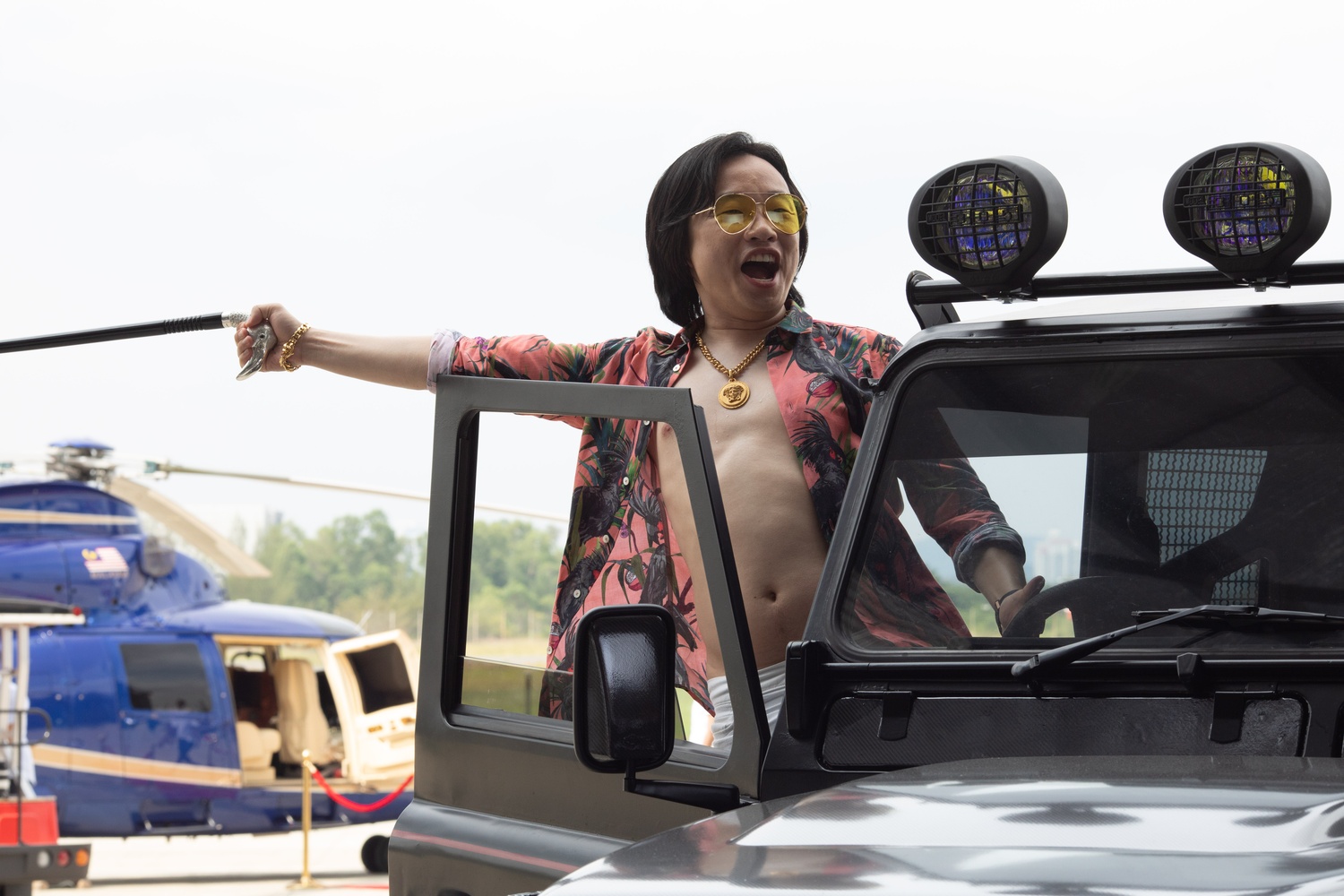 The film is more than just a step toward greater racial inclusivity in Hollywood: Kwan also questions traditional gender dynamics and expectations with nuanced portrayals of womanhood. Chan talked about the unassuming emotional complexity of the characters in a world where social decorum regulates self-expression and family reputation means everything. Astrid appears larger-than-life, but her seeming passivity belies an acute self-awareness and inner strength, in keeping with Kwan’s focus on strong, evolving female characters and relationships. “What I love about the film is that by the end, she kind of rediscovers her power and asserts herself,” Chan said. “I think there’s no one way to be a feminist. I think ‘feminist’ just means that you believe in equal rights for men and women and you could embody that in so many different ways. So yeah, I would say that Astrid’s a feminist too.”

The film’s leads have also emphasized the historical implications of such hard-won and unprecedented representation. In a Twitter statement, Wu championed an even greater awareness to diversity in the future, writing, "Before ["Crazy Rich Asians"], I hadn’t even done a tiny part in a studio film. I never dreamed I would get to star in one, because I had never seen that happen to someone who looked like me.”

Wu also wrote, “I know CRA won’t represent every Asian American. So for those of you who don’t feel seen, I hope there is a story you find soon that does represent you.” 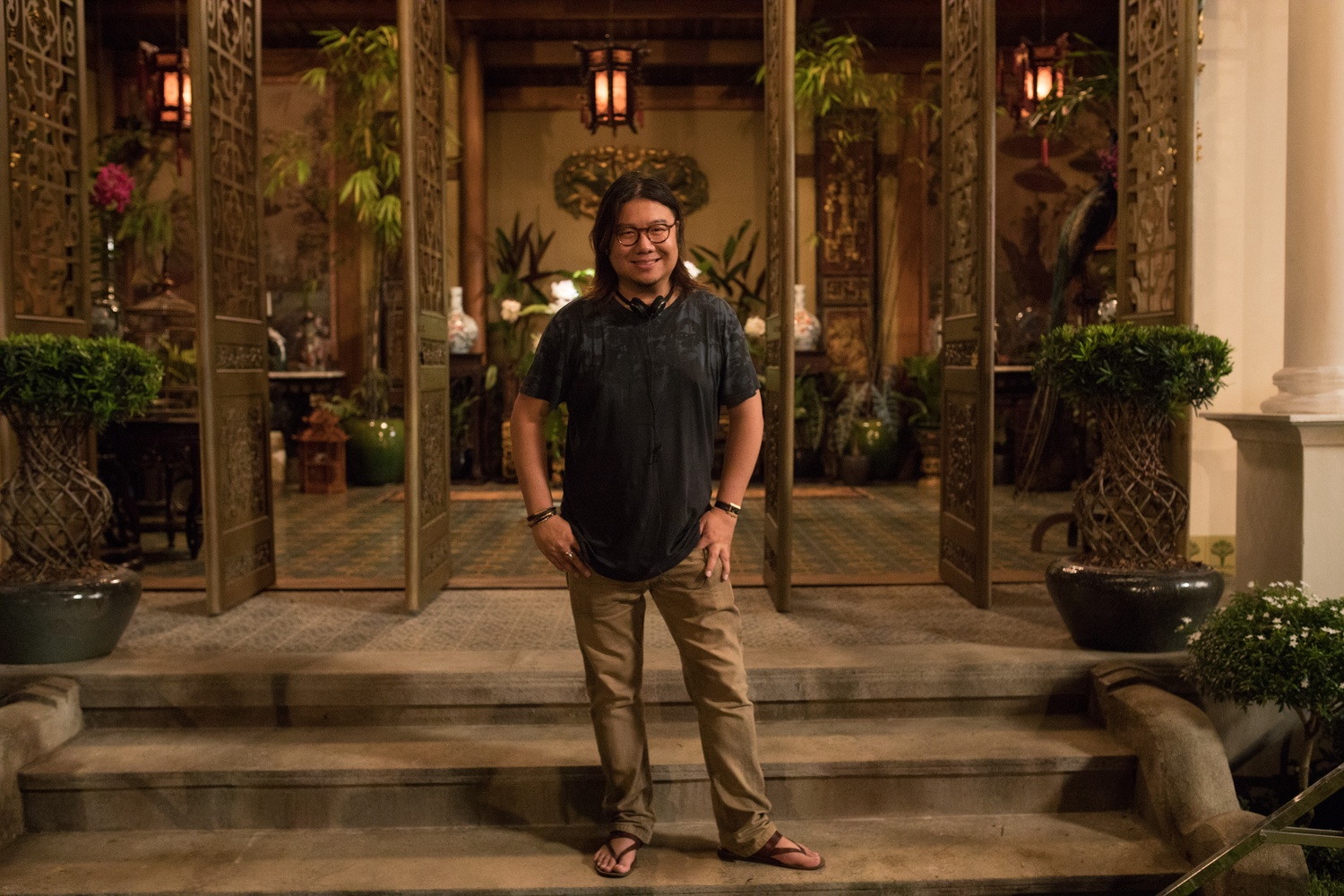 Regarding the obstacles he faced in getting his project greenlighted, Kwan revealed that he encountered surprisingly little resistance from Hollywood executives—barring one producer’s suggestion—indicating the potential in the worldwide market for universally compelling stories in all their colorful manifestations. “There was one producer that very famously suggested that we change the lead to a white Reese-Johansson, or something, and I didn’t even entertain that. But every other producer that came was really, truly interested in the idea of this film, because of the story, really. And the story is one that transcends race,” he said.

However, the film has attracted criticism for its lack of ethnic diversity. Fans of Kwan’s novels have taken to social media to both defend Chu’s casting choices and bemoan the film’s relegation of its few darker-skinned Asian actors to subservient roles. “As much as I'm excited for #CrazyRichAsians, I also wonder why isn't there any browns (esp. South Asians & Southeast Asians) in the movie? Are we not Asian? It's more like #CrazyRichMongoloids,” one Twitter user said. “The book is aware of its lack of minority representation and actually alludes to the closed minded attitude of some social circles in Singapore. One of the family members got disowned for marrying a Malay,” another wrote. When asked about the film’s portrayal of racial tensions between Asians of different social classes, as well as tensions between Chinese and Chinese-American people, Kwan said, “I think we don’t bury it. We make it quite blatant.”

Others involved with the film have dealt with pushback related to race in the casting process. The half-white, half-Malaysian Golding, after facing criticism about not “being Asian enough” to play Nick, made a plea for solidarity in an interview with Entertainment Weekly. He said, “For me, it was almost like being kind of stabbed in the back. I was like, ‘Aren't we meant to be in this boat together? Aren't we meant to strive together for something bigger than these boundaries that we're putting on ourselves instead of bullying each other?’”

Yang appreciates the cast’s diversity of dialects, having worked with Chu on affecting Bernard’s unique accent, which he classifies as “street Hong Kong-ish.” “The most frustrating part is like, say, if somebody, an American actor, say Brad Pitt’s doing a British accent… If he does it well, we’re like ‘Oh, that’s art… We couldn’t even tell he was American.’ But when an Asian person does like a really authentic Mandarin accent, or a Cantonese accent, you’re like ‘Ugh, ugh! He’s misrepresenting, or whatever,’” Yang said. He pointed to the various accents in the film—Ronny Chieng and his Malay accent, the Singaporean accents, and Chan’s British accent—as comprising a spectrum of Asianness that the actors portray on their own terms. “Hopefully with this movie the liberating part is people are able to judge our performances and judge cinematically how good or bad it is instead of trying to only see it as, ‘Oh, are they good Asians or bad Asians?’ How about, are we good filmmakers or bad filmmakers? Good actors or bad actors?”