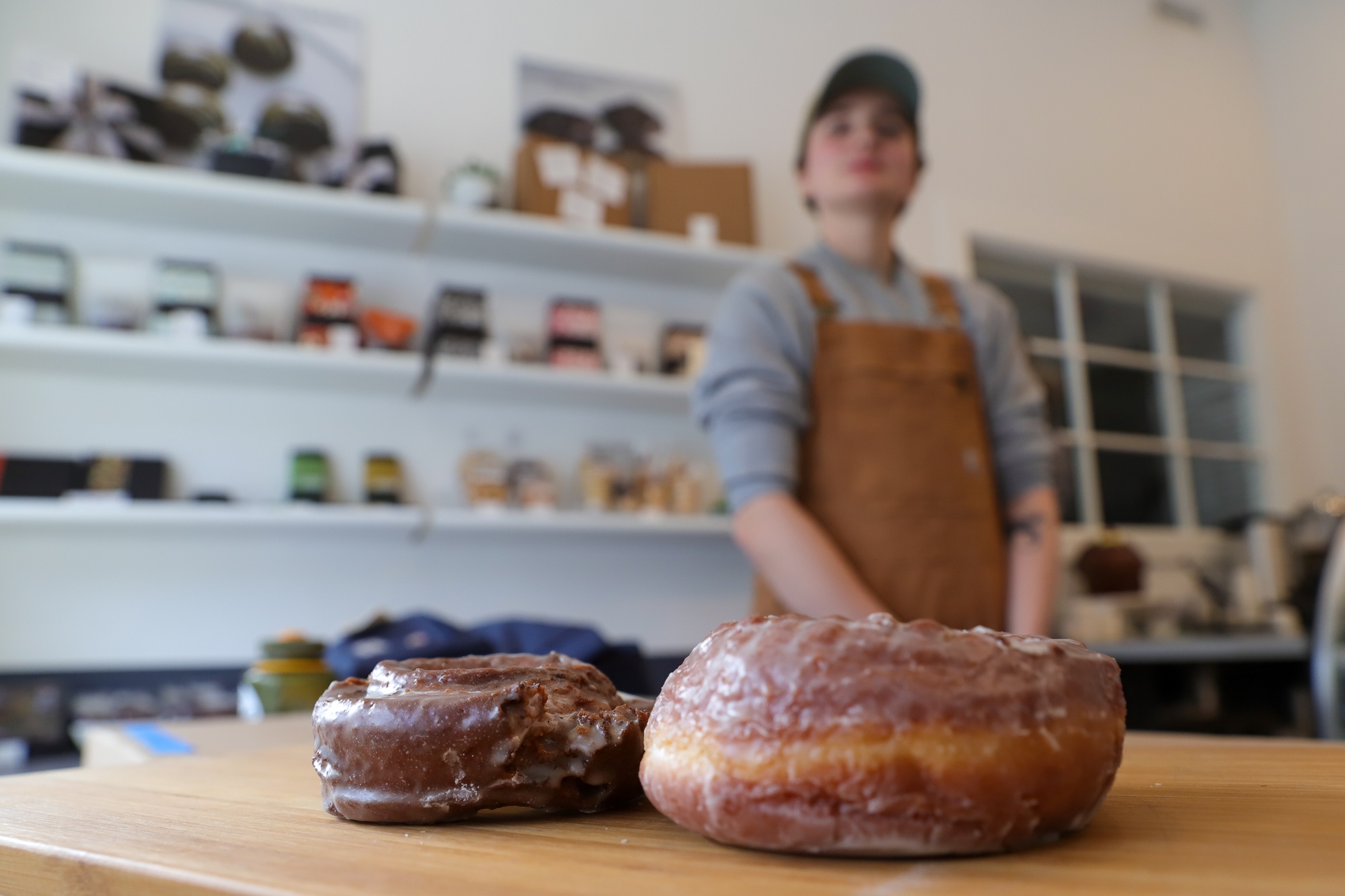 Cambridge’s EHChocolatier storefront looks quiet and empty at 11 a.m. on Sunday morning.
By Nicole B. Farina and Maya H. McDougall

Cambridge’s EHChocolatier storefront looks quiet and empty at 11 a.m. on Sunday morning. Knead Doughnuts — a gourmet doughnut shop based in Providence, R.I., popular for their locally-sourced ingredients and specialty doughnuts — was supposed to host a pop-up shop in the store from 10 a.m. to 1 p.m. It didn’t seem to pull in any customers. The newly frigid November temperatures must have kept people indoors. Or so we thought.

A family of three stands outside the shop, bundled up and peering dejectedly into the windows after being turned away. As we walk up to the shop’s doors, they warn us, “No more doughnuts.”

We continue inside anyway. The pop-up only popped-up an hour ago –– there’s no way there are no doughnuts.

We’re greeted by two huge, empty doughnut boxes and an apologetic smile. Tucker G. Brown, Knead Doughnuts’ representative at this event, is packing up to head back to Providence. The people outside were right: There are no more doughnuts.

“It was really nonstop from the moment we opened the door,” Brown says. “There was a line outside before we opened, and then there was not one break in between.” The 250 doughnuts that Knead brought sold out within an hour of opening, Brown explains. “And then it was over.”

Knead Doughnuts’ current popularity belies its humble beginnings. At its opening in 2016, the shop’s struggles ranged from no parking spots for customers to inadequate kitchen space. People would walk into the shop after paying for parking, and Adam J. Lastrina, owner of Knead Doughnuts, remembers thinking to himself, “Why is everyone so angry?” 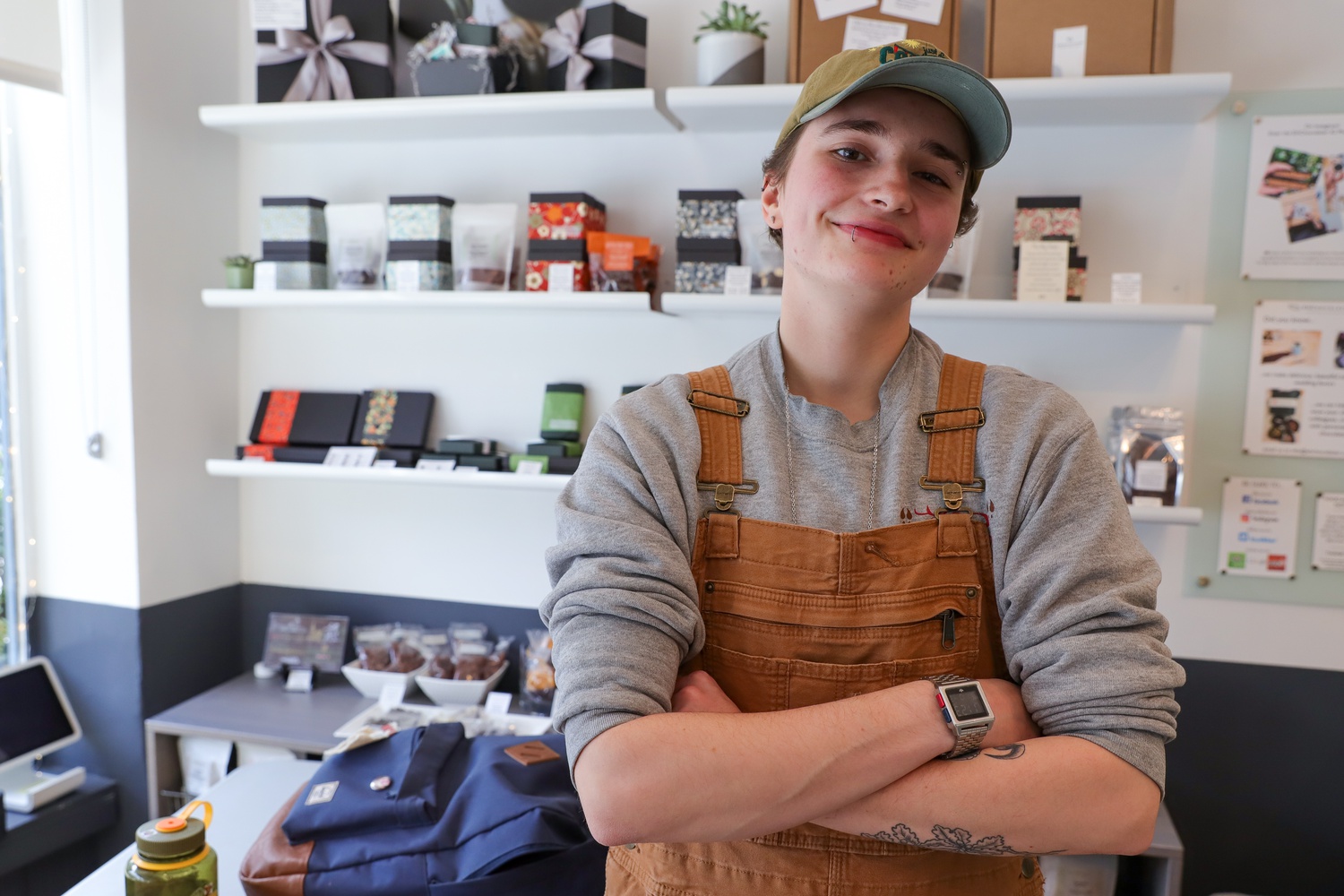 Regarding the popularity of the event, Tucker G. Brown, Knead Doughnut's representative at the event, noted "There was a line outside before we opened, and then there was not one break in between." By Ryan N. Gajarawala

Eventually Knead Doughnuts was able to expand and keep expanding. They opened a second shop in Providence and began to host pop-up shops in cities like Cambridge. Lastrina explains that Knead Doughnuts has been popping up in other storefronts because of the difficulties of running a small business.

“From climbing bills, to rent, to payroll, to minimum wage, to insurance… if you're a small business and you go through that, you know the pain and the joys that come along with that. And so I think we're all better off if we're more supportive of each other,” he explains.

According to Lastrina, pop-ups are a win-win for both the small businesses hosting and the small businesses popping up. The host attracts more people to their shop, and the pop-up gets a whole new audience, eager for a product they can’t easily find on a regular basis.

Pop-ups are also beneficial because they appeal to constantly changing trends and popular desires for new attractions: “People are always like, ‘What's next? What's the next special? What's the special day? Where are you this weekend?’” He continues, “Consumers are sort of expecting collaborations and pop ups.”

The doughnut fans in Cambridge were certainly awaiting this pop-up, considering the lack of doughnuts present after only an hour of business. And although Brown’s stay in Cambridge this Sunday was shorter than anticipated, Brown says Knead Doughnuts is interested in having another pop-up in the Boston area soon.

Closing an empty doughnut box, Brown smiles and says, “Seeing the amount of hard work and care and precision that goes into making all of this, it's really heartwarming to see people appreciating all the work.”