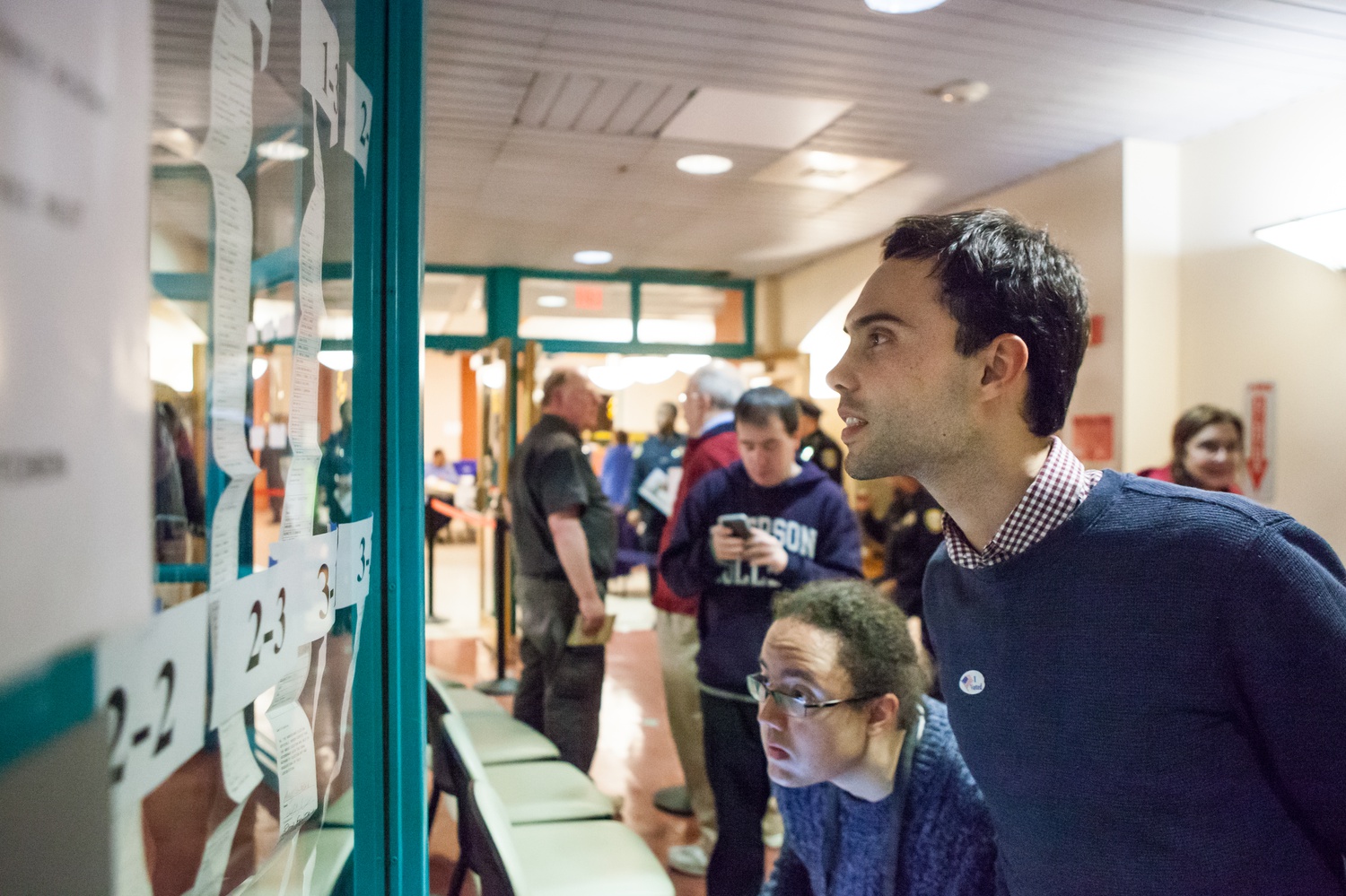 Patrick C. Braga, a student at the Graduate School of Design, checks the results for each precinct. As precincts reported to the Election Commission, the top candidates were posted in the hallway of the Cambridge Citywide Senior Center. By Kai R. McNamee
By Declan J. Knieriem and Katelyn X. Li, Crimson Staff Writers

The unofficial results show that — out of a field of 22 candidates — challengers Patricia “Patty” M. Nolan ’80 and Jivan Sobrino-Wheeler secured seats on the council, ousting seven-term incumbent Craig A. Kelley. Vice Mayor Jan Devereux did not seek reelection.

Despite the rainy weather throughout the day Tuesday, initial counts put the election turnout at 20,433 votes — on par with numbers seen in previous years.

Write-in, auxiliary, provisional, and overseas absentee ballots were not included in Tuesday’s count. Elections results will be made official Nov. 15. 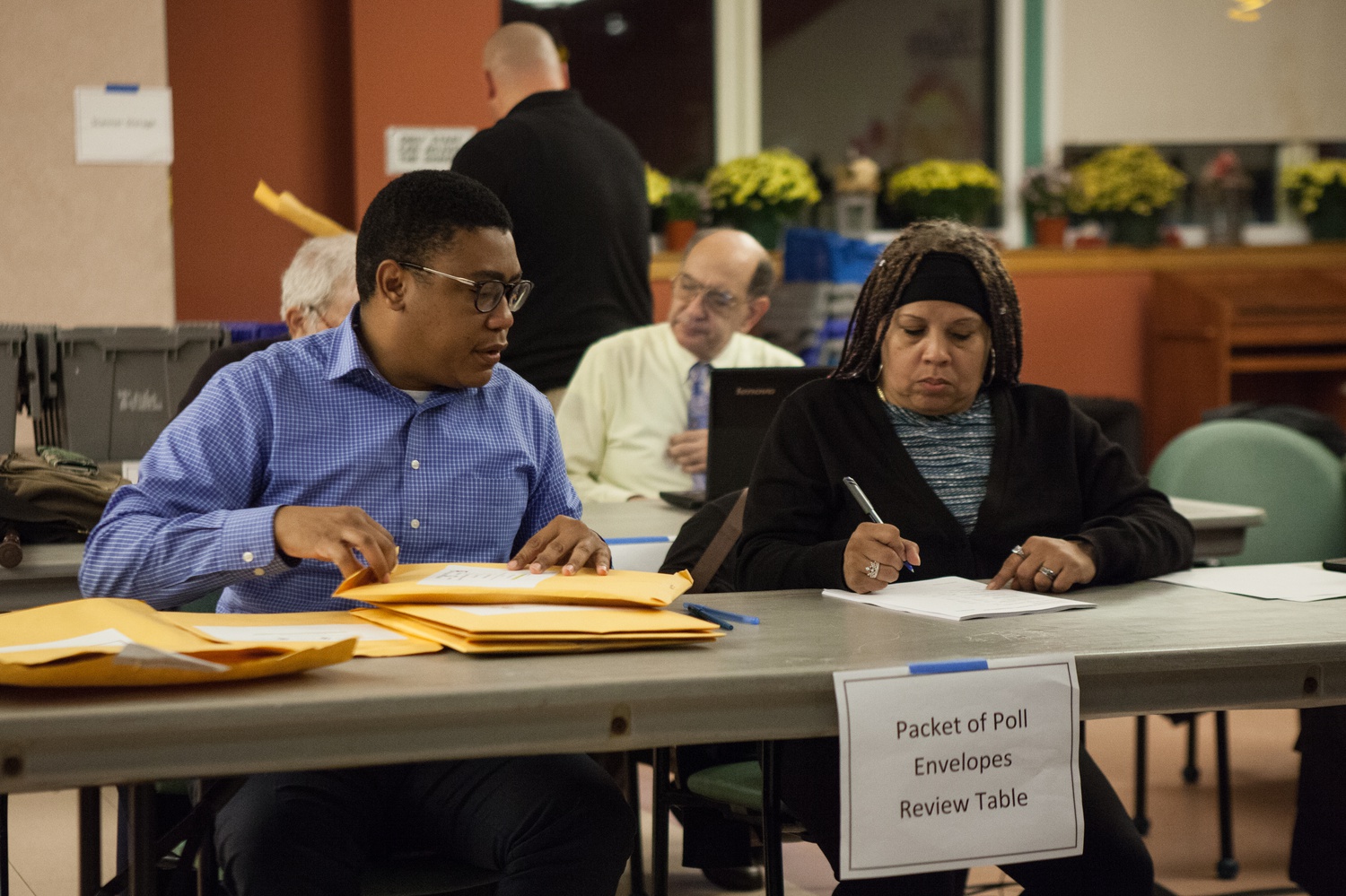 Nolan — a first-time candidate who has served on the Cambridge School Committee for the past 14 years — centered her campaign around governance reform, environmental sustainability, and support for neighborhood groups. Prior to the election, she received endorsements from the Massachusetts Sierra Club, the Cambridge Residents Alliance, and the Cambridge Citizens Coalition.

Nolan said she hopes the new council can work together in a “collegial, collaborative” manner, and credits her victory in part to a team of “stellar” campaign volunteers.

“I just had several people who poured their heart and soul into trying to reach as many voters as possible,” she said.

Also a first-time candidate, Sobrinho-Wheeler — who works on environmental programs at a land policy think tank in Cambridge — grounded his campaign on tenant protections and environmental sustainability.

The seven incumbents reelected were bolstered by a distinct fundraising advantage over challengers. Between Aug. 1 and Oct. 15, incumbents raised on average roughly $18,900, while challengers received average contributions of around $5,700.

This election season was a contentious one. A recent Crimson survey found that even as candidates clustered toward the liberal end of the political spectrum, they remained sharply divided on issues like affordable housing and campaign finance reform.

Six of the newly elected councilors have publicly supported the passage the housing overlay proposal and were endorsed by A Better Cambridge, an affordable housing advocacy group that hosted a candidate forum in September.

In an interview, Zondervan cited concern for the environment as a deciding factor in the election, noting that he looked forward to working with newcomers Nolan and Sobrino-Wheeler to advance an environmental agenda. 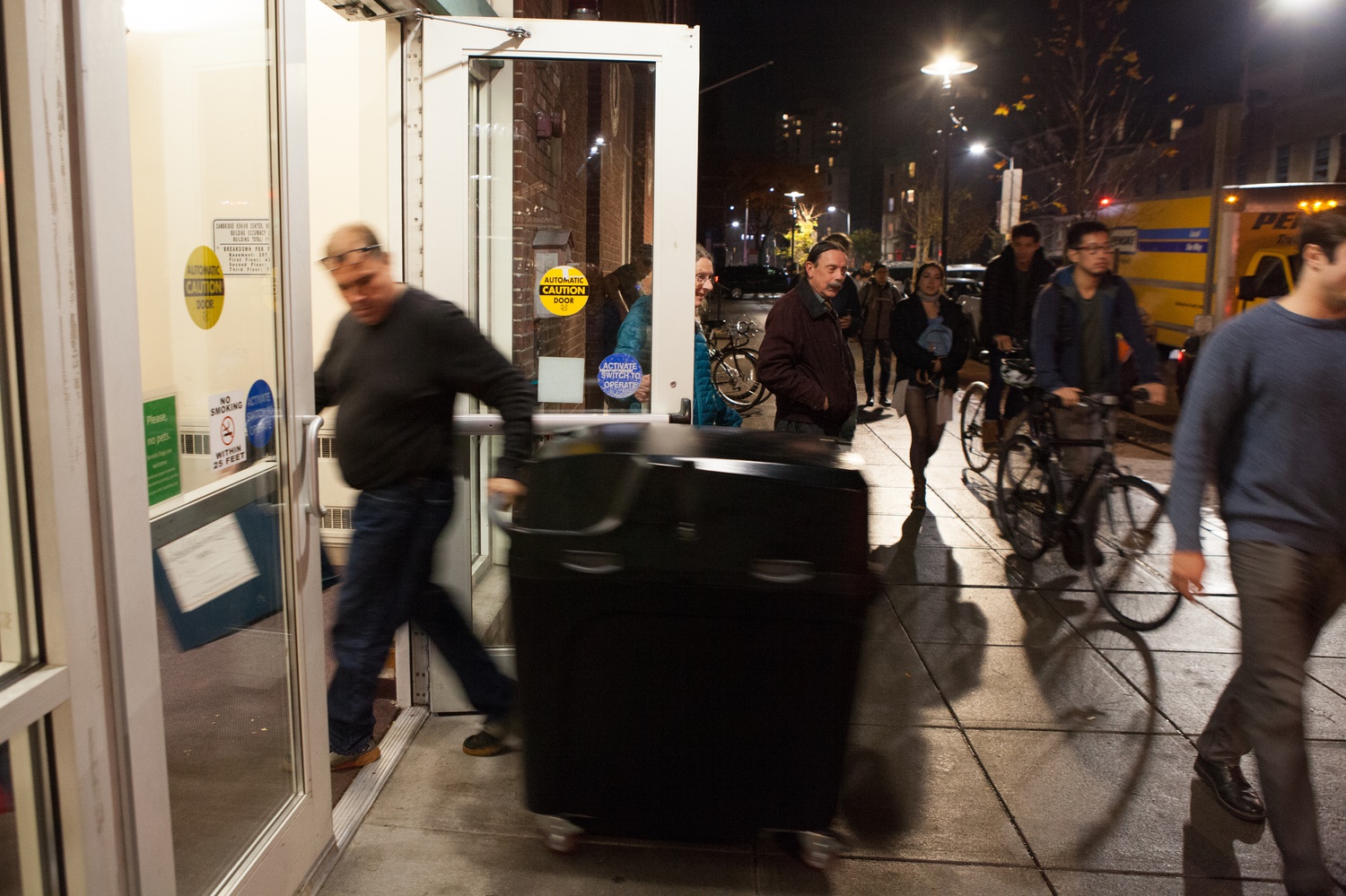 Maya E. Woods-Arthur ’23, a member of the Harvard College Democrats, said she selected Nicola A. Williams — who was ultimately unsuccessful in her bid for the council — as her first choice in part because of Williams’s endorsement from the group. She also said that her top issues included childcare accessibility, environmental policy, and the relationship between the city and Harvard.

“I’m really passionate about universal childcare, climate change policy, and also making sure that Harvard and MIT pay their fair share in taxes,” she said.

University spokesperson Brigid O’Rourke could not immediately be reached for comment Tuesday night. O’Rourke has previously pointed to Harvard’s $4 million voluntary contribution to the city’s Payment in Lieu of Taxes program and more than $6 million contribution in taxes to Cambridge.

Harvard Graduate School of Design student Patrick C. Braga said he voted for candidates endorsed by A Better Cambridge, including Mallon, McGovern, Siddiqui, Simmons, Sobrinho-Wheeler, and Toomey. He said he hopes to see the affordable housing overlay passed by the next council.

“Affordable housing is one of those key urban policy issues that connects economic development, quality of life, inclusion,” he said.

Challenger Derek A. Kopon, who lost his bid, said he intends on staying involved in city government as a member of the public.

“I still plan to be involved,” Kopon said. “I think I highlighted some issues. I think I opened some people's eyes to what's going on in the city.”