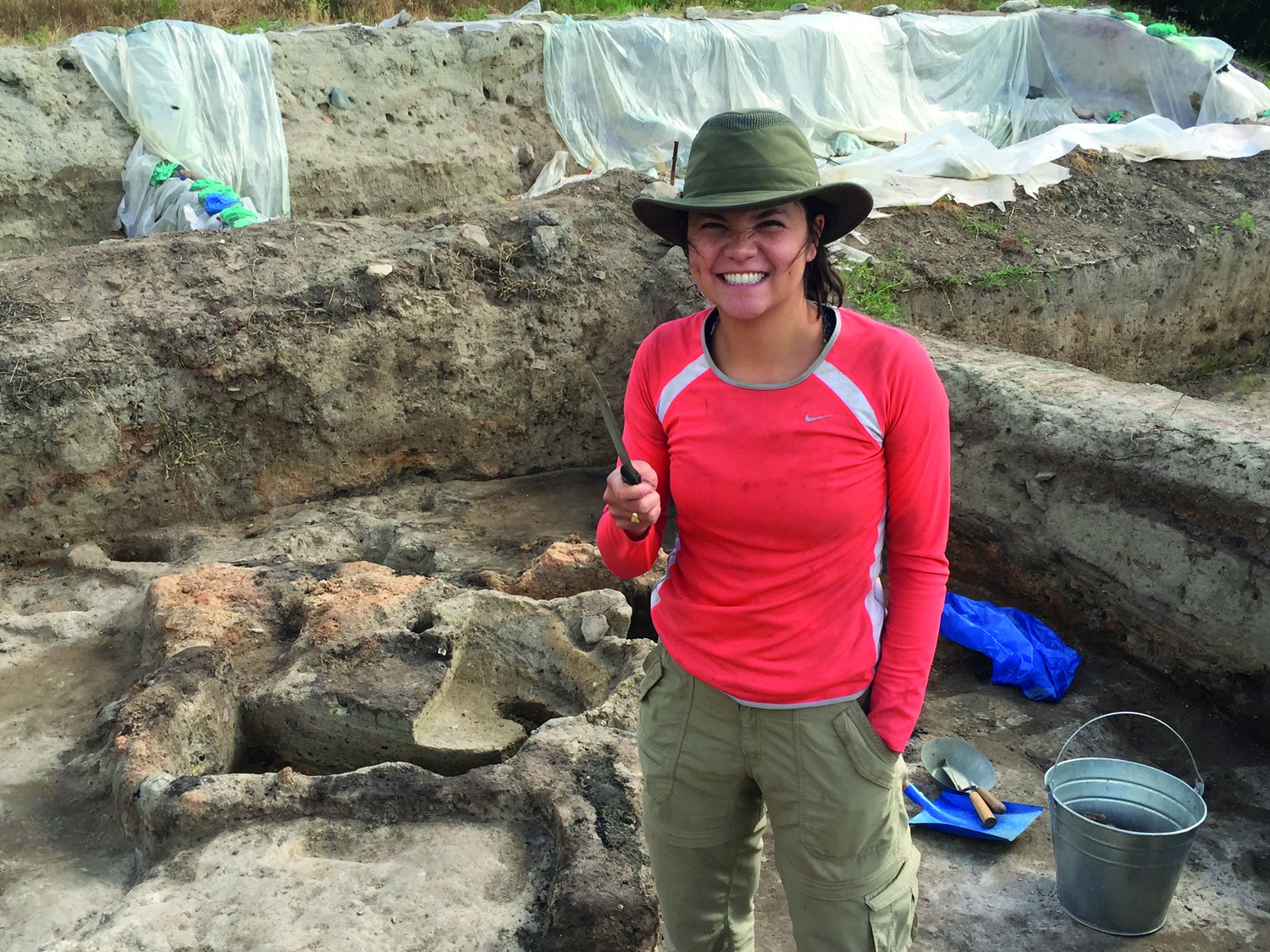 Becky Cooper '10 published her new non-fiction book, “We Keep the Dead Close: A Murder at Harvard and Half a Century of Silence" on Nov. 10. The book dives into a story Cooper stumbled upon as an undergrad, which started out as little more than a rumor. The whispers told of a young Anthropology graduate student named Jane Britton.
By Maya H. McDougall

Rebecca “Becky” A. Cooper ’10 actually remembers her freshman convocation speaker. Her voice deepens and her vowels lengthen as she mimics the “very illustrious Harvard accent” of Jeremy R. Knowles, a former dean.

“Your job for the next four years is to learn how to sort out the rot,” she remembers Knowles telling her freshman class.

“Going through Harvard to be able to sort out the bullshit,” Cooper paraphrases, “not to just be charmed by everything, but instead to sort it all out — I couldn’t imagine a better guiding principle to what a Harvard education should be.”

Though she graduated 10 years ago, Cooper has spent the last three years on Harvard’s campus living as an Adams “House Elf” (a title that allowed her to bake cookies and interact with undergraduates in exchange for room and board). She wasn’t just baking cookies, though. She was also writing her new non-fiction book, “We Keep the Dead Close: A Murder at Harvard and Half a Century of Silence,” published on Nov. 10.

The book dives into a story Cooper stumbled upon as an undergrad, which started out as little more than a rumor. The whispers told of a young Anthropology graduate student named Jane Britton. According to Anthropology department lore, a professor with whom Jane was having an affair murdered her and left her body in the Harvard Peabody Museum, dusted with red ochre powder, and Harvard covered the whole thing up.

Since first hearing the tale offhandedly more than 10 years ago, Cooper has dug into what truth lies behind the story — attempting to trace rumors, uncover secrets, and hold institutions accountable. In essence, trying to “sort out the rot.”

As a Literature concentrator, Cooper read a lot of stories at college, but she didn’t come across the tale of Jane’s murder in a book — she first heard it at a picnic in JFK park.

It was the spring of 2009, and Cooper was excited to have lunch with a friend she hadn’t seen one-on-one in months because the friend was “in the frenzied stage of dating.” About 15 minutes into lunch, her friend’s boyfriend arrived unexpectedly. Irked, Cooper decided to at least get a good story out of him. “So I bait him with this kind of half-remembered ghost story about this fire truck in Harvard Yard,” she recalls. “And he says, ‘Well, if you want to hear a really crazy Harvard story…’” He began to narrate the Havard murder that would stick with her for the next 10 years. 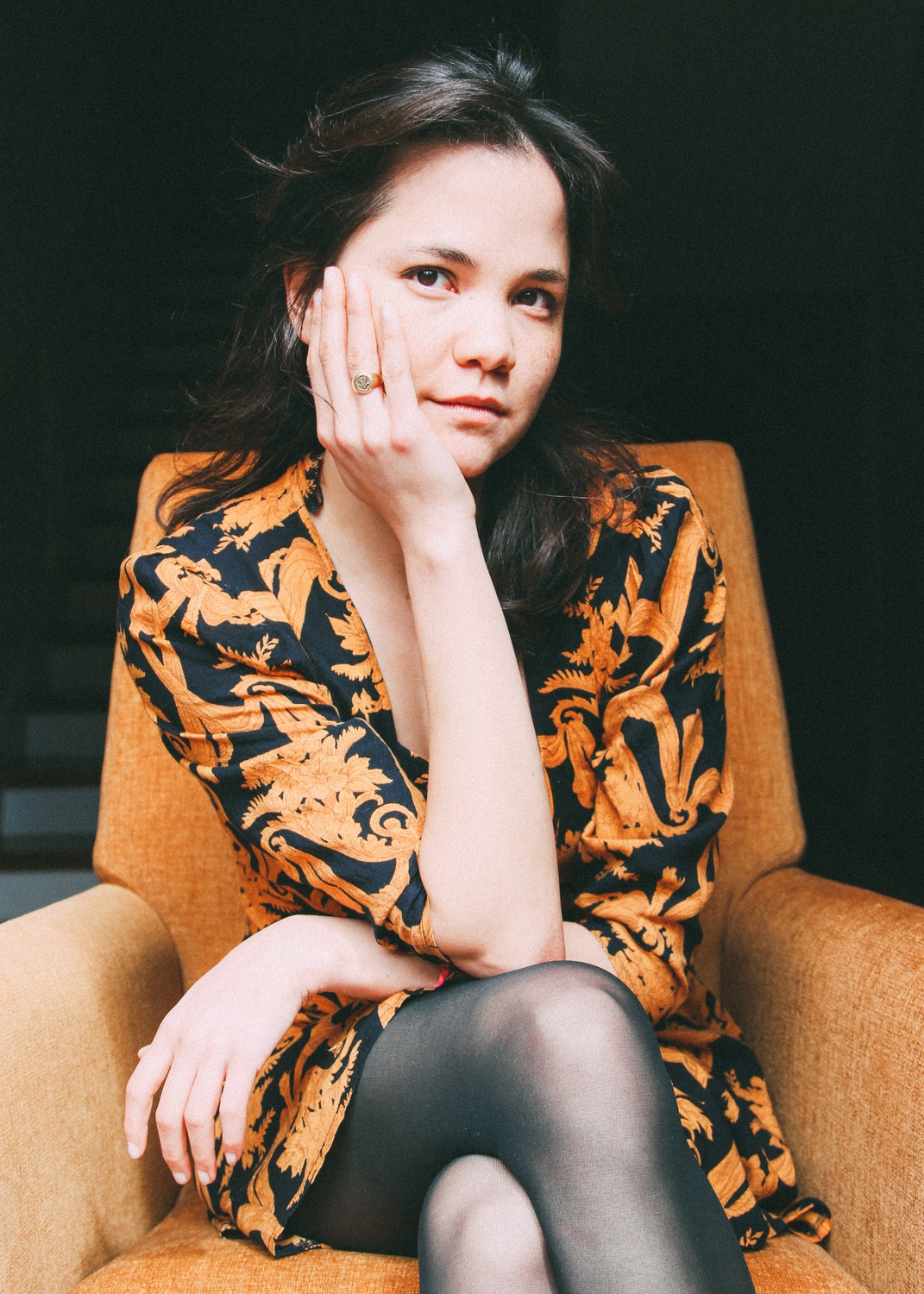 Rebecca "Becky" A. Cooper '10 is the author of “We Keep the Dead Close: A Murder at Harvard and Half a Century of Silence." By Courtesy of Becky Cooper
Advertisement

For more than a year, Cooper didn’t pass the story on to anyone. She remembers, “I just kind of carr[ied] it inside me.” That is, until the summer of 2010, when she was invited to a meeting by her advisor, who was an archeologist. “They were talking about spies, and double identities, and archaeology,” Cooper recalls. So she piped up: “‘Well, you want to hear a really crazy Harvard story?’”

When she finished the story, her listeners said nothing, just stared. Eventually, her advisor responded, “You know, it wasn’t in the Peabody Museum like you said. It was in her apartment.” And another person in the meeting said, “and that Professor that you’re talking about, he’s still on faculty.”

That’s when things changed for Cooper. “The story switched from seeming like this ghost story, fable, into something that seemed like it needed sincere attention.” She spent hours researching the murder on Google that night, looking for “every newspaper article that exists.”

After Cooper graduated (off-cycle) in the winter of 2010, she embarked on a few jobs before digging further into Jane’s murder. She worked as a research assistant, got hired by a sock company to make a “sockumentary” about giving socks to youth experiencing homelessness, travelled to France to work as a paralegal, and published her first book, “Mapping Manhattan.”

“I had promised myself that after I got that first book of maps out in the world, that if Jane’s story was still something that felt essential to me, then I could really pursue it,” Cooper recalls. And pursue it she did. When she got back from France in 2012, she returned to Harvard to audit the class of Karl Lamberg-Karlovsky — the man who was rumored to have killed Jane Britton.

From there, Cooper carefully “tiptoed” into the mystery. At a virtual Harvard Bookstore talk she says, “I was very scared. I felt like I was living inside a giant spider web, and if I just tugged the wrong string too soon, I would warn the exact people that I didn’t yet want to know I was working on this story. It just felt very claustrophobic.”

After auditing Lamberg-Karlovsky’s class, Cooper did some heavy research into the primary clue that pinned him as the murderer — the red ochre sprinkled over Jane’s dead body. “Red ochre is associated with some of the oldest burials in human history,” Cooper explains. “It seems like knowledge that only an anthropologist, or specifically archaeologists, would have.” Although old newspaper articles about the murder claimed that red ochre was the “perfect Near Eastern burial ritual,” Cooper did not find it used in Iran — where Jane and Lamberg-Karlovsky had conducted an archeological dig the summer before her murder. 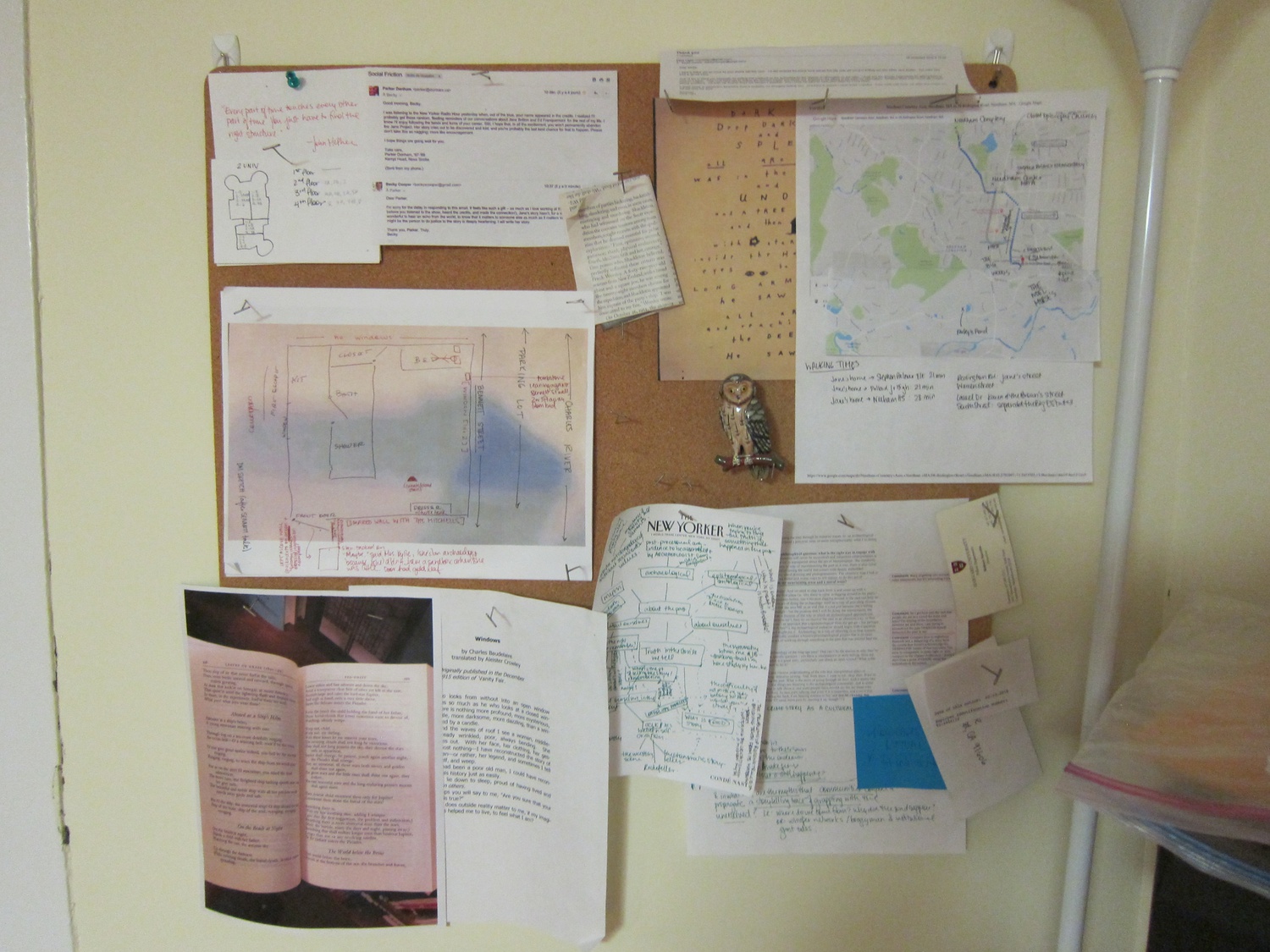 The bulletin board Cooper worked on in Apthorp House. By Courtesy of Becky Cooper

She says, “If that [red ochre] didn’t seem as obvious a link as it had been in the original rumor, then the next obvious place for the investigation to go was with Jane herself.”

Cooper plunged into a rabbit hole of friends, relatives, and public records. She found Jane’s best friend in an old Radcliffe yearbook, who introduced her to Jane’s brother. She recounts, “that kind of opened up this whole world for me.” Eventually, Cooper realized just how shrouded the story was, that it “requires a kind of investigative journalist.” So when she was offered an opportunity to work for the New Yorker in 2014, she took it. “I wasn’t sure if it was a cowardly move,” she says, “or whether it was the most productive form of procrastination.” While at the New Yorker, she researched the murder on mornings and weekends and observed other journalists to learn how they access public records.

In the spring of 2017, Cooper finally decided she’d done all she could during morning and weekend hours. She left the New Yorker and flew out to meet Jane’s closest friends and family on the West Coast. They helped her obtain documents and walked her through their memories of Jane’s apartment.

Cooper then continued digging — literally. She travelled to Bulgaria, embarking on a two-week archeological dig to experience more of Jane’s world for herself.

That fall, she began to put the book together. Cooper took up residence on Harvard’s campus, baking cookies for undergrads and writing her book. She was just finishing up her proposal a year later when she learned that Jane’s case had at last been solved. Though Cooper had been researching the murder for many years, it was only in 2018 that she found out for certain who killed Jane.

“I’m writing the story at the same time as the ending is shifting from under my feet,” she says. “And this is all happening at Harvard. And I’m not telling anyone. Only the Palfreys” — the Adams House faculty deans — “really know what I’m working on.”

Having the opportunity to write the book at Harvard turned out to be more valuable than Cooper expected. “To be able to physically slide within myself the Harvard Square from 2018, to the Harvard that I knew from 2010, to the Harvard that Jane was walking around in the ’60s — it was incredible to feel that kind of dislocation in time.”

The fact that the physical place where Cooper was writing her book had remained largely unchanged between those three periods of times — the student body filters in and out every four years, but the old brick buildings and long standing traditions do not — allowed Cooper to think critically about her own time at Harvard in the context of Jane’s murder.

“It became, for me, a kind of exploration of gender dynamics in academia, and I think so much of it I was blind to when I was there as an undergraduate. Partially because I was nurtured by the literature department, and partially just because Harvard’s a seductive place,” she says. “The chance to come back and re-see the structure of academia and really kind of look at it from more of a systems level was just extraordinary.”

Cooper’s ultimate wish for her book is that it will spur people to take a closer look at stories like Jane’s in order to think less about the individuals at fault, and more about the power structures – like Harvard — behind them.

“I’m really hoping that it’ll strike up a conversation about the need to not think about it just as a couple of bad professors, or a couple of problematic departments,” she says. “We really need to see this as a larger call to action for thinking of this as a systemic issue.”