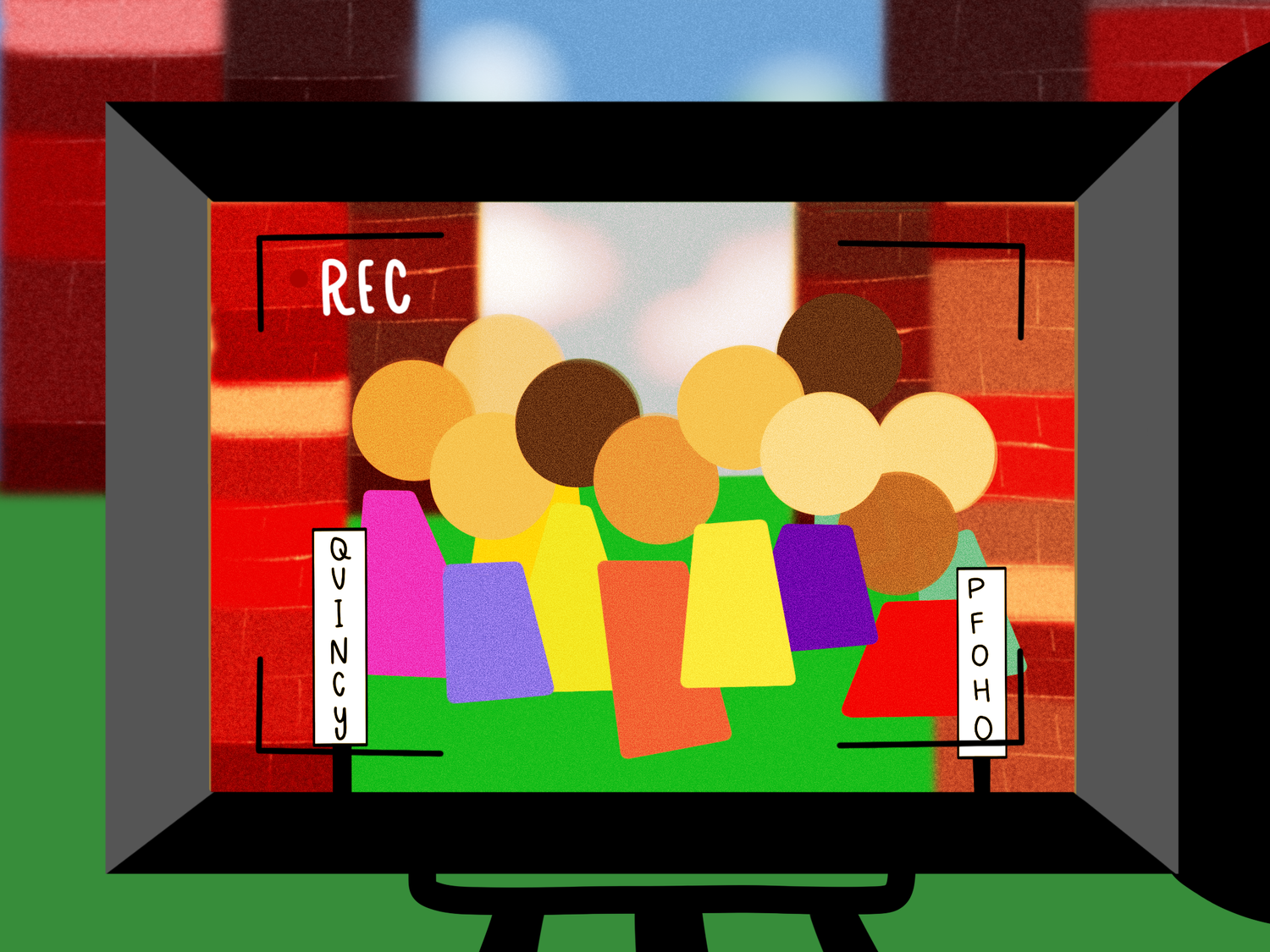 The Spectacular and Scandalous History of Harvard Housing Day Videos

Housing Day videos are now as much of a tradition as Housing Day itself. While the tradition’s history is brief — the earliest videos on YouTube date back to 2009 —, it has garnered both mass celebration and incited widespread controversy.
By Chloe E. Gambol

The 2019 Adams Housing Day video changed the game. With more than 65,000 views on YouTube, it cemented itself as one of the most successful and iconic Housing Day videos in Harvard’s history. For months, students couldn’t escape the chants of “We be in Adams!” almost always followed by a resounding, “That’s where all the action happens!”

Housing Day — a Harvard rite of passage through which freshmen discover which of the 12 upperclassmen Houses they will live in for the next three years — has taken on a fun, competitive edge with the rise of these trailer-like hype videos for each House. Over the years, they have taken the form of film and song parodies, short sketches, and even imitations of Internet memes.

These videos are now as much of a tradition as Housing Day itself. While the tradition’s history is brief — the earliest videos on YouTube date back to 2009 —, it has garnered both mass celebration and incited widespread controversy.

Take, for example, the videos released in 2010, which included a parody of Ke$ha’s “TiK ToK” and an edited Old Spice commercial. The new video format inspired House pride, envy, and competitiveness in unprecedented ways; as one 2010 FlyBy article stated, some students even wanted to “transfer from our lame Houses and into ones that know how to make a quality video.”

The videos continued to stir up competition among the 12 Houses in the following years. In 2012, Satire V launched the now-defunct “Housie Awards” in which students could vote for videos to win titles such as “Most Innovative Video” and “Outstanding Editing.”

The stakes continued to rise throughout the 2010s, as the videos were increasingly used as a means of evaluating the quality of the Houses themselves.

In 2014, The Crimson’s Flyby board began its annual series of official Housing Day video rankings, pushing Houses into a video production arms race. Trailers for Housing Day videos even became relatively common: a teaser for the teaser. The rise in popularity of these videos hardly lost momentum; Dunster’s 2017 Housing Day video racked up nearly 50,000 views on YouTube.

The competition, however, reached a boiling point. Former Leverett House Faculty Dean Howard M. Georgi ’68 said that after a period of “too much tearing down” of other Houses, the Faculty Deans decided to keep videos focused more generally on the positive aspects of each House.

Beyond friendly competition, the history of Housing Day videos is also riddled with more infamous controversies.

In 2010, Pfoho started its Housing Day video with a clip of Adolf Hitler saying, “Yes, yes, we all know this already. Pfoho is the best house on campus.” Edited from a scene of “Downfall” — a World War II film released in 2004 — the video features Hitler and his “blockmates” facing total devastation upon being placed in Adams House instead of their desired Pfoho.

Other Housing Day videos have garnered extensive backlash from the student body.

Kirkland’s 2014 Housing Day video, which featured a clip of female students dancing in bikinis, became the center of widespread debate, causing the creators to make the video private on YouTube.

Some students saw the video as grossly objectifying women, while others questioned why people only seemed to take issue with the women, since the video featured half-naked people of all genders.

In response to student concerns, Kirkland held an open forum for students to address their issues with the portrayals of gender and sexuality.

The antics didn’t end there, as only two years later, Currier House released a Trump-themed video for Housing Day 2016, which incited scrutiny from many students. The video featured a Harvard student in a blonde wig impersonating Donald Trump while criticizing the other Houses. While some students thought the video was just meant to be comedic, others believed it was hurtful. Currier removed the video and held a town hall meeting to discuss the backlash.

Housing Day videos have a short and complicated history, but the Covid-19 pandemic has uprooted many of the precedents set over the last decade. Now, in 2022, few students currently at the College have experienced a “normal” Housing Day, and many will be seeing Housing Day videos for the first time. From its spectacles to its scandals, Housing Day videos still remain at the heart of Housing traditions, and students are still adapting, competing, and innovating.