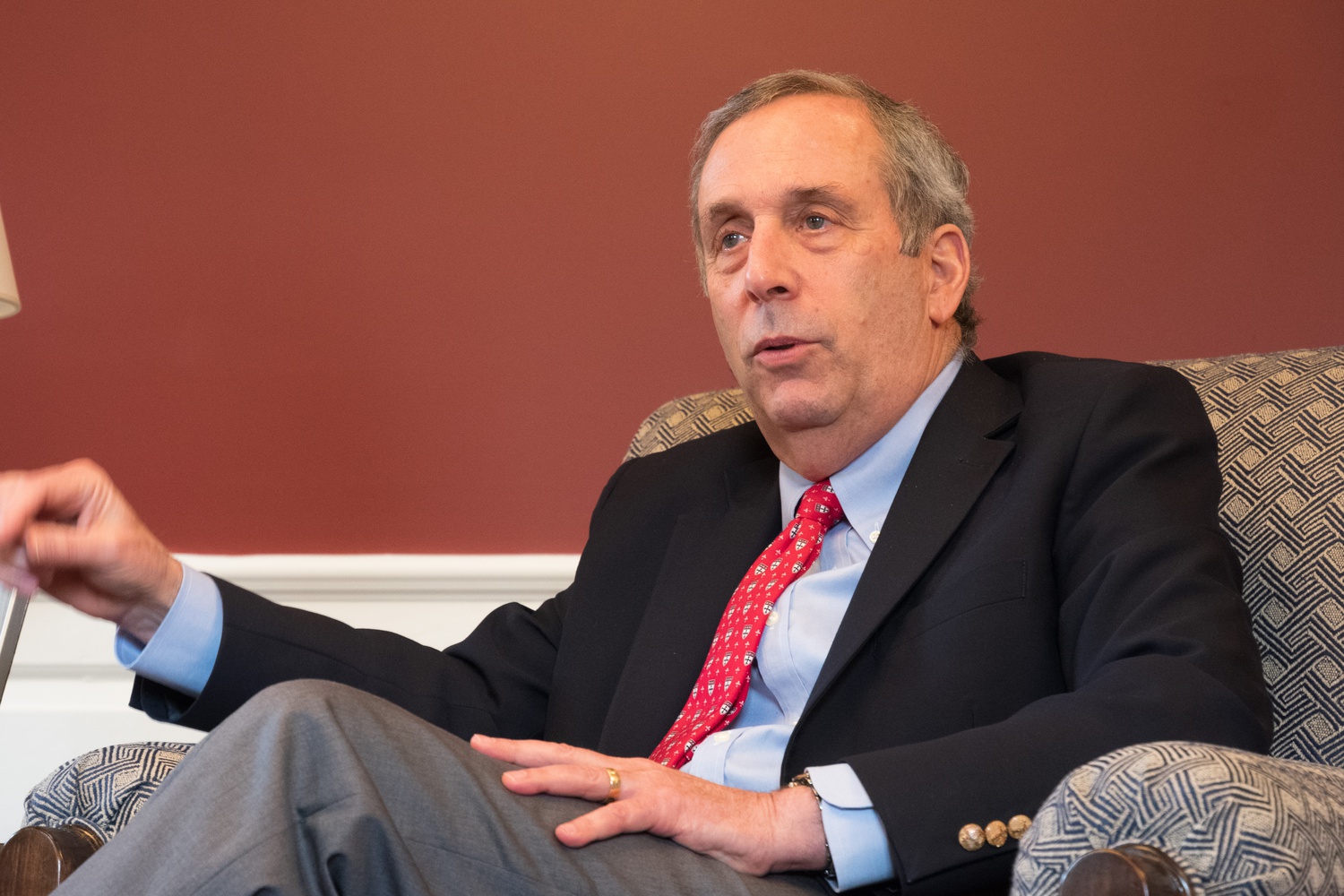 “Depending upon who I’m speaking to, the agenda changes slightly, but pretty much it’s the same,” Bacow said in an interview last Wednesday. “It’s about federal support for universities, broadly defined.”

Bacow also continued to lobby against the 1.4 percent excise tax on the returns of university endowments that amount to more than $500,000 per student. The law — enacted under the 2017 Tax Cuts and Jobs Act, a landmark piece of legislation under the Trump administration — costs Harvard tens of millions of dollars per year.

Former University President Drew G. Faust took sharp aim at the tax when it was signed into law, calling it “a blow at the strength of higher American education” in a 2018 interview.

“Taxing charitable resources away from higher education institutions does not make them more affordable — it has exactly the opposite effect,” he said. “With the growth in endowment returns, there are now a far larger number of colleges and universities that are subject to this tax than were previously, so it just keeps capturing more and more institutions.”

Harvard will pay more in federal taxes than Ford Motor Company and General Motors, Bacow said during an event at The Economic Club of Washington, D.C., last Wednesday.

At the same event, Bacow noted that “all but a handful of schools” subject to the tax are in Democratic states.

Bacow also criticized proposals for stricter foreign research funding disclosure requirements, saying the rules would be a roadblock to recruiting foreign scholars and a burden on the federal government’s processing power. Bills currently in Congress, such as the Bipartisan Innovation Act, would lower the reporting threshold for foreign funds.

While on Capitol Hill, Bacow balanced lobbying with other presidential duties: Between conversations with lawmakers, he participated in a Zoom event addressing the University’s recent release of its Legacy of Slavery report alongside Radcliffe Dean Tomiko Brown-Nagin last Tuesday.