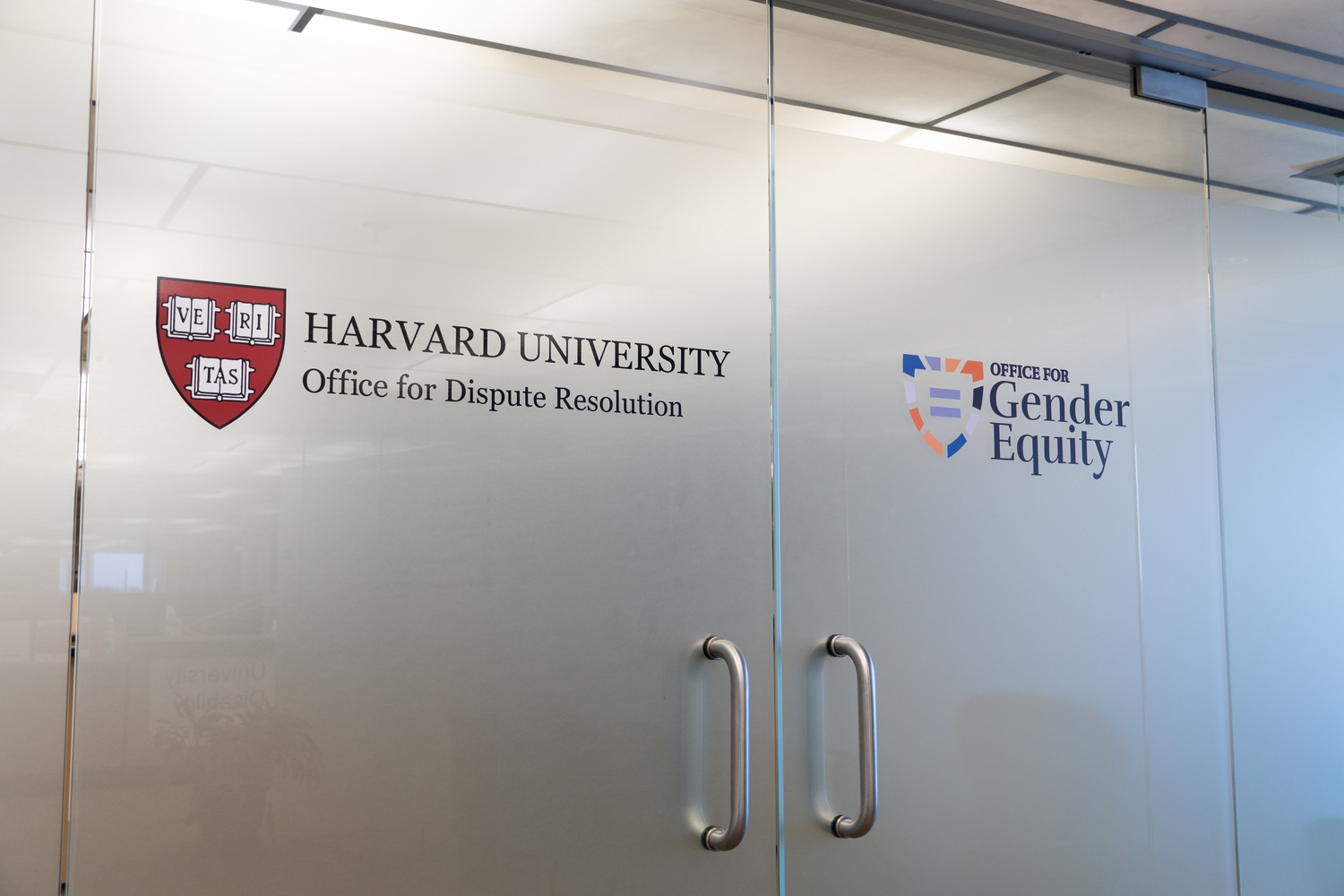 Harvard's Office for Gender Equity and the Office for Dispute Resolution are located in the Smith Campus Center. By Angela Dela Cruz
By Mayesha R. Soshi and Meimei Xu, Crimson Staff Writers

Harvard filed a motion on Tuesday asking a federal judge to dismiss nine of 10 counts in a lawsuit filed by three Anthropology graduate students in Feburary alleging the University ignored years of sexual harassment and retaliation by professor John L. Comaroff.

In a pair of motions, Harvard rejected the plaintiffs’ claims, asking U.S. District Court Judge Judith G. Dein to throw out nine counts and rule in its favor on the 10th with a summary judgment, which would come without a trial.

Allegations against Comarrof first emerged in May 2020 when The Crimson reported that at least three female students were in communication with Harvard’s Title IX office regarding concerns of sexual harassment and retaliation. Comaroff was then placed on paid administrative leave in August 2020.

In January 2022, Faculty of Arts and Sciences Dean Claudine Gay placed Comaroff on unpaid leave after a pair of University investigations — one conducted by the FAS and another conducted by Harvard’s Office for Dispute Resolution — found him in violation of the FAS’ sexual harassment and professional misconduct policies. 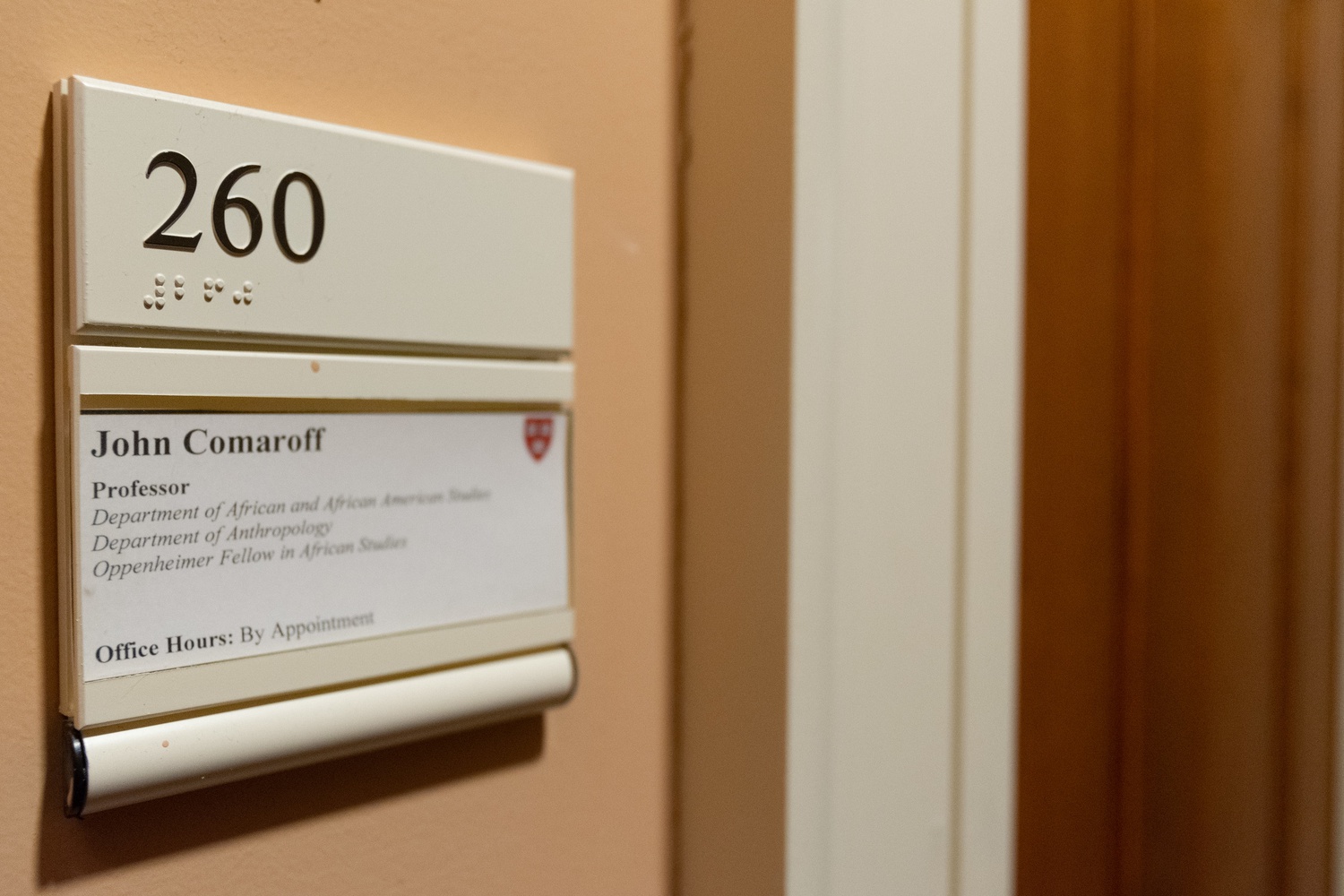 In a 39-page memorandum asking Dein, to throw out the suit, the University called the complaint brought by the three plaintiffs misleading and said it creates “misimpressions” of Harvard’s response.

The memorandum argues that the first nine counts — which allege Harvard violated state and federal law — should be dismissed because they either fail to state a claim, “rely on conclusory generalizations,” lack specificity, or exceed the statute of limitations.

In the memorandum, the University claims the lawsuit itself demonstrates that Harvard has “robust policies and procedures” to address sexual harassment.

“Although it recounts only a portion of Harvard’s extensive response to Plaintiffs’ concerns, the Complaint makes clear that Harvard repeatedly took appropriate action, culminating in four thorough investigations, interim measures provided to Plaintiffs, and sanctions issued against Comaroff,” the memorandum states.

On Tuesday, the University also asked Dein to rule unilaterally in its favor without a trial on the tenth count of the lawsuit, which alleges that Harvard unlawfully invaded Kilburn’s privacy by inducing her therapist to disclose her medical records.

In a filing, Harvard says Kilburn volunteered her therapist’s contact information to an investigator with the University’s Office for Dispute Resolution and urged them to obtain her therapy records.

The University also says it notified Kilburn no fewer than seven times that the investigator was required to disclose evidence to Comaroff. Kilburn did not object to the use of her medical records or their disclosure to Comaroff until the investigation ended, the school’s filing states.

One of the plaintiffs’ attorneys, Russell L. Kornblith, wrote in an emailed statement that Czerwienski, Kilburn, and Mandava were “disappointed” with Harvard’s response, which they argue dismisses their experience as survivors.

“Instead of asking what it can do to ensure that faculty are not allowed to wield their influence to sexually harass students, silence them, and derail their careers, Harvard’s message seems to be, ‘the system worked,’” Kornblith wrote.

“Harvard’s motion to dismiss endorses a culture in which faculty personally attack students for opposing discrimination and then deride them in public for making Title IX complaints,” he added. “Harvard should not be allowed to disavow responsibility for the actions of its faculty.”