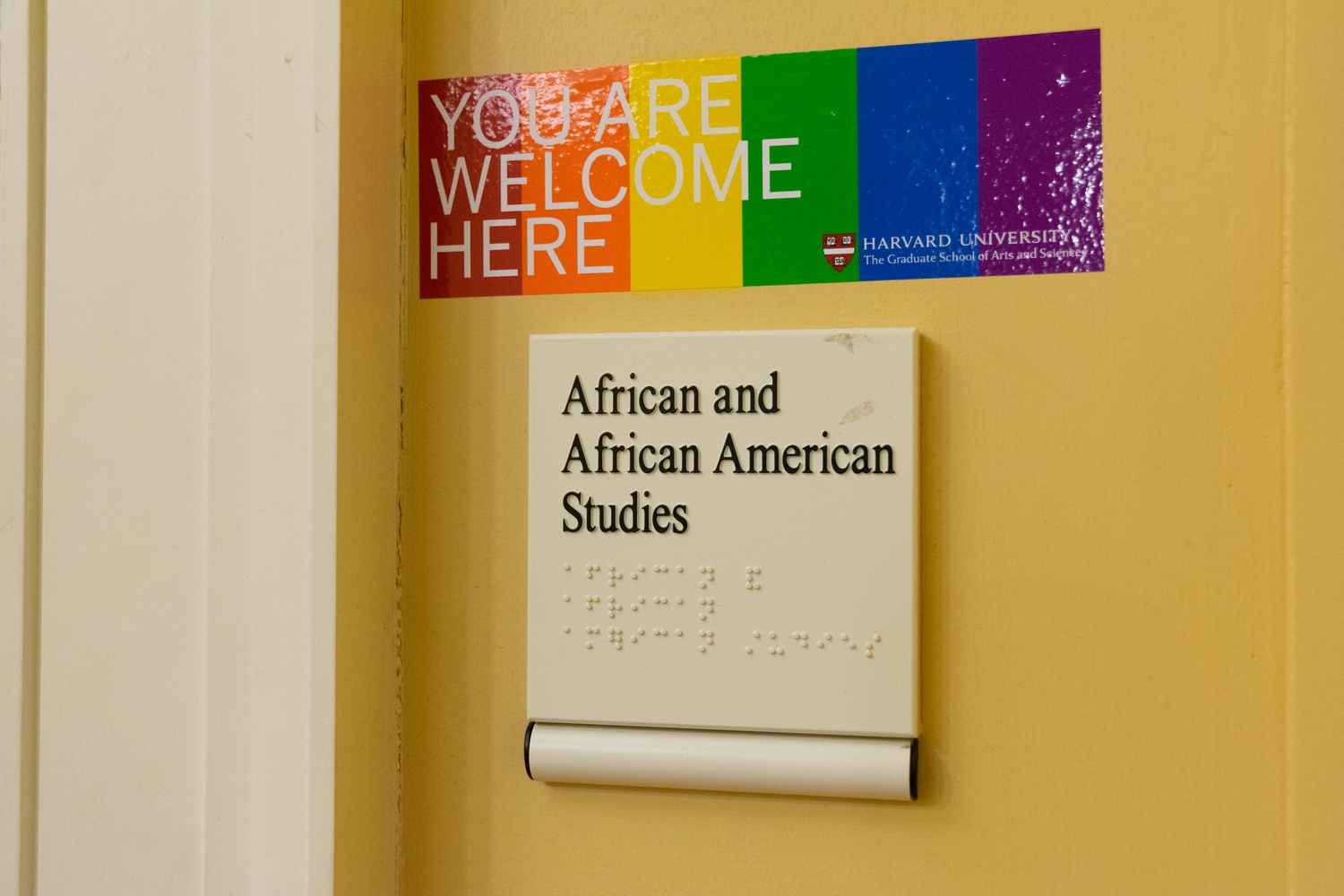 A majority of graduate students in the Department of African and African American Studies demanded the resignation of professor John L. Comaroff in a letter to the faculty of the department. By Julian J. Giordano
By Ariel H. Kim and Meimei Xu, Crimson Staff Writers

A group of graduate students in Harvard’s Department of African and African American Studies called for a set of sweeping reforms in an unsigned letter last month that said the department has become “a hostile environment for AAAS students” in the wake of the sexual harassment controversy surrounding professor John L. Comaroff.

The statement was intended as “a collective response from a majority of AAAS graduate students” to an open letter signed by 38 Harvard faculty — including 14 AAAS professors — questioning sanctions levied against Comaroff in January. The graduate student letter did not list signatories.

The statement, which called on AAAS faculty to demand Comaroff’s resignation, said the professors who signed onto the letter questioning sanctions against him engaged in “an act of grave professional misconduct.”

“The letter has created a hostile environment for AAAS students and signaled to survivors that they are not safe to come forward,” the statement said of the February faculty letter.

The letter, which was obtained by The Crimson, was sent to faculty members over an email listserv by Bulelani M. Jili and Elizabeth S. Ross in their role as the AAAS Department’s graduate student representatives.

Comaroff was placed on unpaid leave in January by Faculty of Arts and Sciences Dean Claudine Gay, who is a professor in the AAAS Department, after a pair of investigations found that he violated Harvard’s sexual harassment and professional conduct policies. Two weeks later, 38 professors — including some of Harvard’s most prominent scholars — signed onto the open letter questioning the sanctions.

Comaroff, a professor of AAAS and Anthropology, denies the allegations against him.

Just days after the faculty members' letter was reported in The Crimson, three graduate students filed a federal lawsuit against Harvard that detailed a decade of harassment allegations against Comaroff. Less than two days after it was filed, nearly all the professors who signed onto the open letter questioning the sanctions against Comaroff retracted their support for the statement.

Relying on an account published in the Chronicle of Higher Education, the letter from 38 faculty zeroed in on an interaction Comaroff had with a graduate student, Lilia M. Kilburn, who later signed onto the lawsuit against Harvard as a plaintiff. According to the suit, Comaroff “graphically described” to Kilburn how she would be raped and murdered if she and her same-sex partner traveled to South Africa for research.

The AAAS graduate student letter said Comaroff’s comments in the advising session reinforced anti-Black and Afrophobic tropes that are common in the field.

“Comaroff’s ‘advice’ to a student takes on its full meaning in the context of a department in which derogatory speech about the African continent is not only permissible but routine,” the graduate student statement said.

“Telling a white queer student that she would be raped in ‘Africa’ weaponizes and generalizes the specific predicament of queer, poor, and Black South African women to an entire continent, rehearsing the racist trope of protecting white women from the Black male rapist,” it reads.

Comaroff disputes the lawsuit’s characterization of the advising session. In a statement Tuesday, a lawyer for Comaroff, Ruth O’Meara-Costello ’02, wrote that he was speaking specifically about the danger of a same-sex couple traveling in Cameroon.

“He warned Ms. Kilburn of specific dangers she could potentially face as a queer woman doing research in Cameroon, where she proposed to travel openly with her same-sex partner; not ‘in Africa’ or ‘South Africa,’” O’Meara-Costello wrote. “These dangers are well known, and are echoed by a well-reputed queer women’s legal organization in Cameroon as well as by the US State Department.”

“Regardless of their intentions, by appending their names and institutional power to such a letter, the signatories intimidated and retaliated against survivors,” the graduate student letter said. “This is more than simply an error in judgment; it is an act of grave professional misconduct.”

Though all the AAAS professors have since retracted their signatures, the graduate student letter said the retractions are “merely a response to public scrutiny rather than a genuine effort to repair the damage” caused by the faculty letter.

Faculty members who signed onto the Feb. 4 letter have since denied having prior knowledge of Comaroff’s misconduct, according to the graduate student statement.

“Even if true, they certainly could and should have known,” the statement said.

The statement said graduate students repeatedly informed department leaders of allegations against Comaroff. After The Crimson reported that he was facing sexual harassment allegations in May 2020, students met with department leaders — including AAAS Chair Tommie Shelby, then-Director of Graduate Studies Alejandro de la Fuente, and professor Emmanuel Akyeampong. In the meeting, the letter said, graduate students informed department leaders “of a substantial ‘whisper network’ about Comaroff’s decades of alleged abuse and our own inappropriate interactions with him.”

After the sanctions against Comaroff were announced in January, graduate student representatives again raised concerns about his behavior, the letter said — including in a Feb. 1 meeting with Shelby, de la Fuente, and current Director of Graduate Studies Marcyliena H. Morgan.

Morgan and de la Fuente both subsequently signed onto the open letter questioning the sanctions against Comaroff, though they have retracted their support for the statement.

Akyeampong, de la Fuente, Morgan, and Shelby did not respond to requests for comment.

The letter called for Harvard’s African Studies Workshop, which was formerly led by John and Jean Comaroff, to be terminated. The program is now headed by Akyeampong.

The graduate student statement calls for improvements in the department’s procedures for handling sexual and professional misconduct, including an internal grievance process as well as a mandatory faculty training on anti-Blackness and gender- and power-based harassment.

The statement demands that the AAAS department support the Harvard Graduate Students Union-United Automobile Workers’ call for third-party arbitration of sexual harassment cases. It also calls on the department to establish a professional code of conduct for faculty, abolish recommendation letters for all internal competitive processes, involve students in faculty hires, and allow students to take on advisors outside the department.

“While senior faculty bear most of the blame, the academy incentivizes a culture of abuse over subordinates – and a culture of silence about those abuses – at all levels,” the letter to faculty said. “The next time you are invited to close ranks, think about who you are protecting and who you are hurting.”