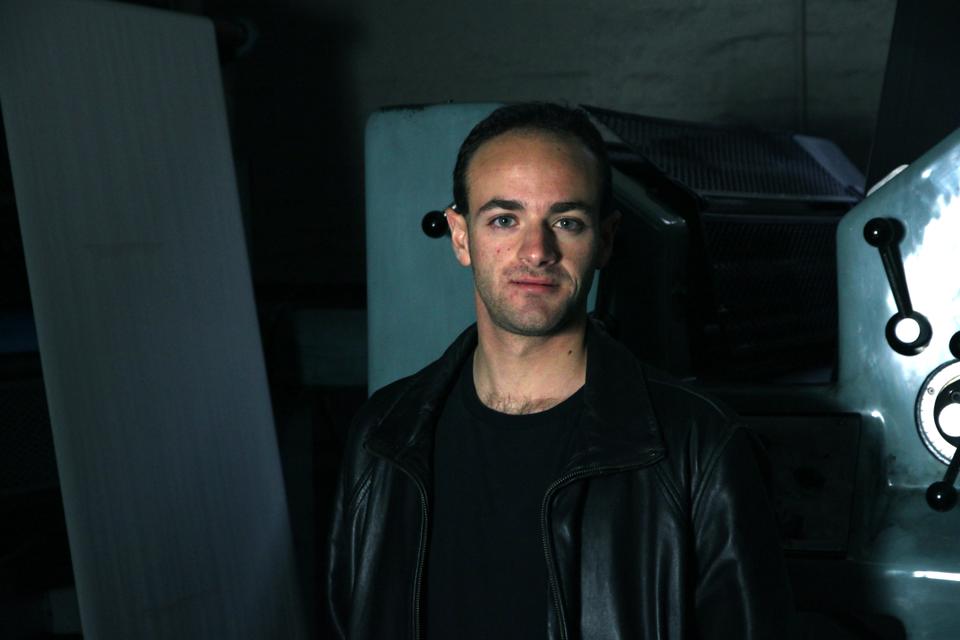 Adam B. Kern stands in front of a classroom of inmates at the Suffolk County House of Correction, presenting five aspects of David Hume’s argument on the existence of free will.
By Valeria M. Pelet

Adam B. Kern stands in front of a classroom of inmates at the Suffolk County House of Correction, presenting five aspects of David Hume’s argument on the existence of free will. With four points on the board and time running out, Kern reads the final lines of the Scottish philosopher’s claims out loud.

Class is near its end and the students haven’t yet understood the argument—one that Kern points out is difficult for even the most erudite philosophy concentrators. But they can see the answer coming and, before long, reach the conclusion. The class erupts in excitement—oh shit!—that’s akin to the end of a football game.

“It’s like a Hail Mary pass,” says Kern. “That’s one of the most refreshing things about teaching them. They treat philosophical arguments vitally, as though they do have a place in the real world.”

Kern, a resident of Adams House, is goalkeeper for the Harvard Club Soccer team, takes “an inordinate amount” of music classes, and edits the Harvard Review of Philosophy. In the fall, with a pinky in air and tongue-in-cheek, he competed in FM’s Chickwich Challenge.

But Kern’s Thing, if he can be said to have one, is a commitment to making ideas more accessible. One of Kern’s recent projects is a digital education program that visualizes logic, which he developed with the help of an architecture and art history student at MIT.

One of these programs, “Logos,” conceptualizes Kant’s intricate claims about space as a simple architectural structure. When a certain “pillar” of Kant’s argument is absent, the entire structure collapses.

Before he found philosophy, though, Kern’s first love was science, which led him to consider visual representations as teaching tools. Dazzled by stunning images depicting the universe and the inner workings of cells, he felt that the same methods could be applied to philosophical arguments.

“Philosophy isn’t quite there yet,” says Kern. “And I think it can be. These texts can be baffling, but I see them as exciting. I think that they’re wonderful and beautiful. Visualizing them allows people to get to that before they turn away.”

“He genuinely believes that the stuff he’s doing is important and valuable,” Ramakrishnan says, “sharing things like philosophy, which can be dense and esoteric, with people who wouldn’t necessarily be exposed to it, but later come to appreciate it because of his teaching.”

When asked to comment on her blockmate, Eleanor T. Regan ’13, an inactive Arts writer, declares, “He is a gentleman and a scholar.”

Regan adds that Kern has the “fabulous combination of being incredibly smart and being engaged with whatever the conversation is.”

Kern’s unique way of translating abstract philosophical musings into everyday concerns has earned him some friendly teasing. Regan mentions how they share a joke regarding Kern’s senior thesis, which deals with the philosophical construct of truth.

“We have this blockmate joke about his thesis—a schematic representation to find truth,” she mentions. “I’ll ask him, ‘Have you checked your sock drawer yet? Is the truth there?’”

Even though Kern has enjoyed tangible success in the academic world—one of his papers was recently published in a philosophy journal, The Analysis—it’s still difficult for him to gauge the impact he has on his readership.

“There always is the doubt about how much people want to think about philosophy, music, art, science, even,” says Kern. “We’ll always be doubtful of that. But I’ve had some wonderful experiences in my life of just being dazzled by ideas, and I’ve already had some wonderful experiences connecting with people through ideas, and I don’t think that faith will ever be shaken.”