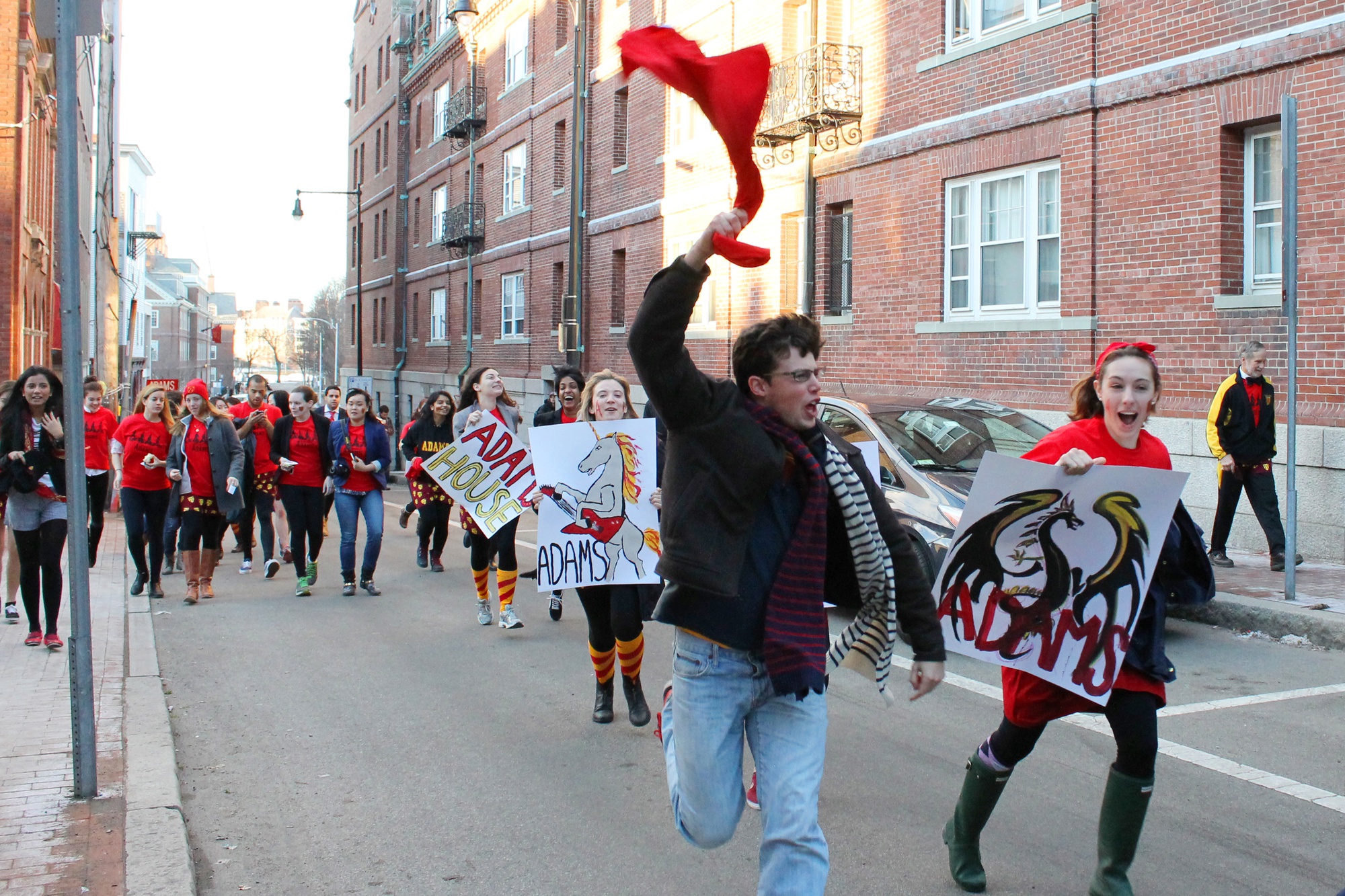 Results of a recent Crimson survey indicate that most students are generally satisfied with House resources, although they may not be involved with their residences day-to-day.
By R. Blake Paterson

This is Part II in a two-part series on The Crimson’s survey on College residential life. Part I ran on Friday.

Harvard touts its residential House system as the cornerstone of upperclassman student life, but only 12 percent of respondents to a recent Crimson survey of undergraduates reported being very involved in their Houses. A plurality, 43 percent, reported being somewhat involved, while 35 percent reported being not very involved and 10 percent not at all involved.

The survey also asked respondents about their House Committees, or “HoCos,” groups of students that plan events such as study breaks and formals for undergraduate residents. A plurality of respondents, 33 percent, said they occasionally attend HoCo meetings, while 9 percent always attend, 26 percent sometimes attend, and 32 percent never attend them.

Harvard administrators have increasingly questioned the place of off-campus social groups at the College and their impact on on-campus student life. Surveyed students who reported being members of a final club reported slightly lower levels of House involvement compared to the average: 11 percent reported being very involved, 34 percent somewhat involved, 38 percent not very involved, and 17 percent not at all involved with their Houses.

Conducted by The Crimson, the survey was emailed to College sophomores, juniors, and seniors on Oct. 25 and closed on Nov. 8, garnering responses from 1,128 students, just under a quarter of upperclassmen. The Crimson did not adjust the survey results for any possible selection bias.

The survey asked upperclassmen dozens of questions on topics ranging from their thoughts on Harvard’s ongoing House renewal project to their experiences on Housing Day, residential advising, and facilities. Survey results indicate that most students are generally satisfied with House resources, although they may not be involved with their residences day-to-day.

Each House offers residents an array of in-House advising resources, ranging from residential tutors who specialize in sexual assault and sexual harassment response, BGLTQ advising, and race relations to pre-professional advisers and the House’s academic deans.

- Thirty-two percent of surveyed students reported having sought out academic advice from their House dean. Twenty-one percent reported seeking out advice once, and 11 percent did multiple times.

- Twenty percent of surveyed students reported having sought out non-academic, personal advice from their House dean. Twelve percent of respondents said they had sought out advice once, while 8 percent had multiple times.

- Students surveyed from Dunster House, which attracted criticism from students who voiced concerns about its BGLTQ advising resources last year, reported the lowest level of overall satisfaction with their House advising resources. Forty-four percent reported feeling either very or somewhat satisfied, and 24 percent of respondents from Dunster reported feeling dissatisfied—the highest proportion of any House.

Across Houses, student room arrangements vary dramatically. Mather House offers single bedrooms for every resident, but others are populated by cramped doubles and walkthrough suites.

Many citing dissatisfaction with on-campus housing, 21 percent of survey respondents said they would consider moving off-campus. In writing, respondents who said they would consider the move also referenced discontent with the College meal plan and an interest in moving to the Dudley Co-op, an off-campus student house where residents prepare their own food and do their own chores.

- Seventeen percent of respondents reported living in gender-neutral housing. In May 2014, the Faculty of Arts and Science approved a change to the College Student Handbook formalizing a College-wide policy allowing students to request mix-gendered suites.

- Fifty-eight percent of respondents reported that all of their roommates are also their blockmates.

- Thirty-six percent of respondents reported living in an “N+1 suite” (a room with n+1 rooms for n people), 34 percent an “N” suite, and 12 percent an “N-1 suite.” Four percent of respondents reporting living in an “N-2 suite,” 4 percent in a one-bedroom double off a hallway, and 11 percent in a one-bedroom single off a hallway.