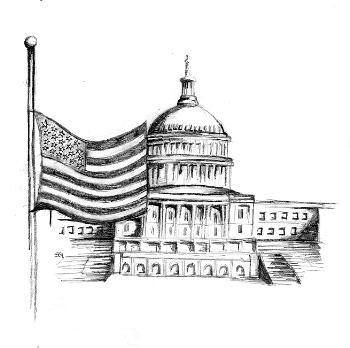 I lost a friend on Friday. To say that Sen. Paul Wellstone (D-Minn.) was a friend of mine might be overstating the case, but I was certainly a friend of his. Five years ago, when I arrived on the floor of the U.S. Senate as a page, the senator from Minnesota was one of the first people to introduce himself to me. What made the situation unique and so memorable was he was one of the few senators who actually made an effort to get to know the pages. Each morning when he arrived on the floor, he would stop by the dais where we sat and ask how we were doing. I never passed him in the hallway without a brief conversation and a friendly smile. Wellstone lived near the page dormitory, and I have several fond memories of walking to and from work with him early in the morning and late at night. We, in turn, returned his affection, refilling his water glass a little more quickly than that of other, less friendly senators and always making sure he had what he needed on the floor. It wasn’t just the pages who adored him. Wellstone knew the police officers, the elevator operators and the door keepers. He was a champion and a friend of life’s little people—not just the ones on the floor of the Senate, but those throughout America.

Wellstone may not have been a big man—the photo that I have of the two of us, standing outside the Hart building one day after walking to work together, shows him with his arm cast around my waist and his five foot-five inch frame rising roughly to just below my shoulder—but did he have spunk, and I have encountered few hearts as large as his. When he arrived on the floor and he began to speak, often to an empty chamber, he seemed so much larger than life.

His speeches are what I will never forget. He would come to the floor, often late in the afternoon or the early evening, long after most of the Senate had closed up and gone home. We would scurry to gather water and easels and whatever else he needed as he limped to a desk. Then he would launch in, slowly building in tone and volume and becoming more animated as his passion ignited, stretching the limits of his microphone cord as he shook his fists and pounded the desk as he championed the forgotten little people of America—the only people Wellstone really ever represented.

As he said in his final television advertisement this fall, he didn’t represent the oil companies, pharmaceutical companies or “the Enrons of this world.” As he explained, “They already have great representation in Washington. It’s the rest of the people that need it.” As so many others have said in the past three days, he was unapologetic in his liberalism, in his caring and compassion and in his belief that the government’s role was to help the less fortunate. As he talked of welfare reform, single parents, union workers in the city and farmers in rural America, I always knew he spoke from the heart. Wellstone was king of the “good people” in Washington. He cared, and so should we all.

I have long had a turbulent relationship with liberals—I believe deeply in their causes and eschew their techniques. Their self-righteousness too often disgusts me, although I vote happily every two years for Bernie Sanders, the socialist congressman who represents my home of Vermont. Four years ago, when I left the Senate, I thought I had found in Wellstone a candidate for president in whom I deeply believed. Thus, when he bowed out of the race in January 1999 for health and family reasons, I was crushed. That disappointment was the beginning of a long frustration with the Democratic Party. I voted for Senator Bill Bradley in the primary because he was the closest I could get to Wellstone; then I voted for Al Gore ’69 not because I believed in him, but because I didn’t like George W. Bush. Now, as I respond to what I see as an unrealistic modern liberalism, I find myself labeled a conservative for my pragmatism. I find myself disgusted by the lack of leadership (and, perhaps more importantly, the lack of heart) in the Democratic Party. All of that frustration, all of those questions, that despair, melted away whenever I heard from Wellstone. He always stood strong for the sometimes-impossible causes in which I believe. Most recently, he stood strong against the war with Iraq despite his tight reelection race.

Wellstone accomplished something that few others have. He made me proud to be a liberal. He was the Bobbie Kennedy of my generation and, I know that, in his world, there is probably no better compliment. Thus, perhaps the best words that can be used to remember Wellstone are the ones used in 1968 to remember Robert F. Kennedy ’48: “[He] need not be idealized, or enlarged in death beyond what he was in life, to be remembered simply as a good and decent man, who saw wrong and tried to right it, saw suffering and tried to heal it, saw war and tried to stop it.” Senator, you will be missed. We needed you.

Garrett M. Graff ’03, a Crimson executive, is a history concentrator in Cabot House.