Fighting for a Basic Right 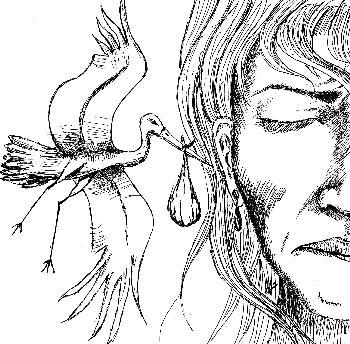 Last Friday, Kim Gandy, president of the National Organization of Women (NOW) proclaimed at a rally in Brattle Square that the battle against women’s reproductive rights remains fierce. This “is not the end, but only the beginning,” she said. Women are in more danger than ever of returning to the days when they were denied their freedom of choice.

In fact, it was just on Oct. 2 when the U.S. House of Representatives passed a bill preventing doctors from performing a procedure that pro-life advocates have named “partial-birth” abortions. Last year, a similar bill was passed in the Senate and President George W. Bush has publicly declared he would sign it into law—marking the first time Congress will restrict abortion since Roe v. Wade.

In 1972, the Supreme Court in Roe recognized a woman’s right to make her own childbearing decisions, including the right to choose abortion. However, the “partial-birth” ban should signal to all that this hard-won constitutional right is in grave danger. In addition to a Republican-dominated Congress, the presence of an anti-choice president in the White House and the retirement of even one Supreme Court Justice could pave the way for Roe to be overturned.

Since coming into office, President George W. Bush has gradually taken steps to weaken Roe. The most recent erosion has been the decision to renominate several anti-abortion judicial nominees including Charles Pickering and Priscilla Owen—both of whom were nominated to the U.S. Circuit Court of Appeals for the Fifth Circuit and both rejected by the Democratic-controlled Senate Judiciary Committee last year. Even though Pickering advocated the passage of a Constitutional amendment banning abortion and Owen ruthlessly condemned pregnant minors for seeking abortions without parental consent, Bush still stands by his choices today.

These nominations follow a pattern in the Bush administration, which has wholeheartedly led the camp against women both at home and abroad. Among President Bush’s first actions as president was reinstating the global gag rule, a policy that former President Bill Clinton lifted when he was in office. Under the gag rule, any international family planning organization that provides abortion services or counseling is denied U.S. funding. More recently, Bush went even further by withholding $34 million appropriated to the U.N. Population Fund on the baseless fear that the group may be promoting abortion. This only leaves the dozens other U.N.-aided countries affected with less access not only to reproductive health care but also HIV testing, AIDS prevention, safe and sanitary birthing and even blood transfusions. Bush’s anti-women action endangers the futures and lives of millions abroad.

At home, the administration not only prohibits U.S. military women from receiving abortions in military hospitals but also demands parental consent, compulsory waiting periods, limits on public funding for abortion and arbitrary requirements on how wide clinic doorways must be. None of these new laws has been made to benefit women’s health, but to make abortion more difficult. Instead, laws like these limit access to abortion to only 29 states, according to NARAL Pro-Choice America. With 219 anti-choice bills introduced and 34 enacted in 2002 alone, it is feared that soon enough women will struggle to get access to abortion, much as they did before Roe.

For those of us who cannot recall what life was like before Roe v. Wade, “choice” for women too often meant the “choice” between self-mutilation with a coat hanger, a dark alley “butcher” or a long trip to one of the few sympathetic physicians that secretly provided medically safe abortions. While today women could not imagine a world without contraception and abortion as viable options, this was the world women faced before 1973.

The truth is that in the last half of the 20th century, the greatest advancement in women’s health was not made in an operating room or research laboratory, but instead in the Supreme Court in 1972. As U.S. Supreme Court Justice Harry A. Blackmun said, “Roe was a necessary step for the full emancipation of women.” Today two-thirds of Americans are in favor of open access to abortions and 43 percent of American women will have had a medically safe abortion by age 45 according to a 2002 survey by the Kaiser Family Foundation.

Pro-choice organizations have been attacked and accused of having a vested interest in ensuring abortions take place but there is a difference between advocating for abortion and advocating for the right to choose abortion. Too often people forget that pro-choice is not synonymous with pro-abortion. Being pro-choice can include everything from supporting different contraceptive methods to promoting comprehensive sex education. Pro-choice is supporting a woman’s Constitutional right to choose what happens to her body.

That is why NOW, Feminist Majority, Planned Parenthood Federation of America and NARAL Pro-Choice America have joined together for the first time ever to organize a march on Washington, D.C., scheduled for April 25, 2004. Women have struggled hard to achieve the rights they enjoy today, but the battle for their rights has just begun. With the passage of the partial-birth abortion ban, now is the time to realize a danger that the Bush administration poses to the woman’s right to control her own body. Without action, the protections guaranteed under Roe could soon become obsolete.

Anat Maytal ’05, a Crimson editor, is a government and women’s studies concentrator in Leverett House. She is a member of Harvard Students for Choice.