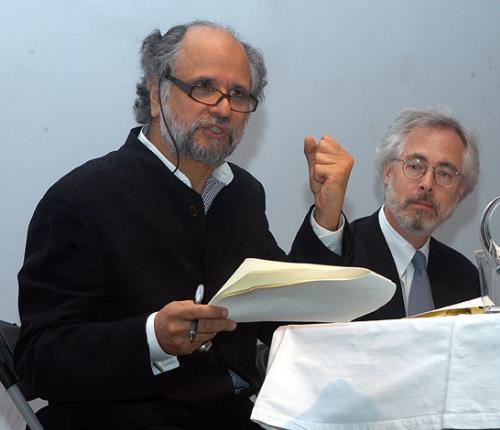 William Granara, Gray professor of the practice of Arabic, who was one of four panelists that took part in the roundtable discussion sponsored by the Humanities Center, began his portion of the program with a confession—in jest.

“My name is William Granara, and I’m an Orientalist,” he said last night to the packed crowd at the Sackler Museum Lecture Hall.

Granara said Said rocked the field of Arabic literary scholarship and challenged its academics to look beyond their imaginative boundaries.

“Political correctness hit students like myself like a bolt of lightning, and the fear of being called Orientalist cast a dark shadow over our institutions,” he said of Said’s effect on his own education.

Sen, a specialist in postcolonial studies, said that though it had never been assigned reading in her undergraduate experience, Orientalism was expected knowledge during her graduate school tenure.

“[It is] both the foundational text and the ghost within the field,” she said.

Urging for Said to be viewed from the literary perspective, Sen closed her presentation by saying, “Now perhaps more than before we need to return Orientalism to its home of literary studies and read it alongside literature and read it, indeed, literarily.”

“He was a figure. He would have been distinguished in any company,” said Menand. “He was like Cary Grant.”

Characterizing Said as a man of many facets, Menand said Said struggled to reconcile the seemingly paradoxical intellectual and activist impulses.

“That was what Edward was about,” he said. “He was about making what humanists do important and relevant to the world.”

While each of the panelists spent some time recalling Said and his personal profundity, more was said of Orientalism.

“Elegies are inappropriate for the likes of Edward Said,” said Bhabha, “Let Edward Said have the last word.”

Last night’s session was the third in a series sponsored by the Humanities Center. The sessions are intended to provoke dialogue on issues of “vital importance on literary culture studies and theory,” said the Center’s director, Kenan Professor of English Marjorie Garber.