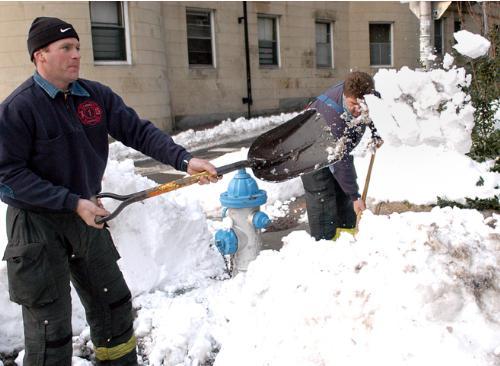 Former Harvard economist Jeffrey D. Sachs ’76 told a packed crowd last night that the U.S. has a moral responsibility to alleviate poverty and preventable disease—and said the Bush administration should use aid instead of bombs as its foreign policy instrument.

“2003 has been an utter disaster,” said Sachs, Columbia University’s professor of sustainable development and director of the Earth Institute. “It was a year in which almost every decent agenda in the world was overtaken by war, by the loss of life, by a failure to address impoverishment, disease and environmental degradation.”

Sachs expressed the hope that 2004 would bring a change in the global agenda in favor of addressing development issues.

“2004 must be a year in which the true global agenda is put back to where it should be,” he said.

In his lecture in Science Center D, co-sponsored by the Harvard AIDS Coalition and CollegeCorps, Sachs focused particularly on the moral prerogative of a developed country, like the U.S., to reduce life-threatening poverty.

“This is not poverty of the relative deprivation but poverty that is killing people,” said Sachs, who also serves as a special advisor to United Nations Secretary General Kofi Annan.

Sachs suggested that the Millennium Development Goals, eight goals developed by the United Nations to reduce global poverty, should be the guiding force behind development policy over the next 25 years.

“We have the means, we have the technology, the science and the opportunity and desperately the need to make a better set of arrangements around the world,” he said. “The millennium could be an opportunity for a break through of the quality of life on the planet and a chance for the poor to escape lives of hunger and impoverishment.”

Sachs was not optimistic about the chances of success in achieving these development goals under the leadership of President Bush, directing his criticism toward the president’s vision of international cooperation.

Focusing on international development assistance, Sachs ridiculed President Bush’s reluctance to fund programs in which the U.S. does not have complete control.

“That’s really a limiting vision of the world,” Sachs said. “That should scare the wits out of you.”

Despite his bleak outlook under the current administration, Sachs said that—with the right leadership—the alleviation of poverty and preventable disease by 2025 is a practical goal.

Students said that they came away from the lecture feeling hopeful about the potential for significantly reducing world poverty and disease in their lifetime.

“I didn’t realize how realistic the goals were,” said Amy R. Schoenfeld ’07. “He was truly inspiring.”