The Power of Art?

Not in My Backyard 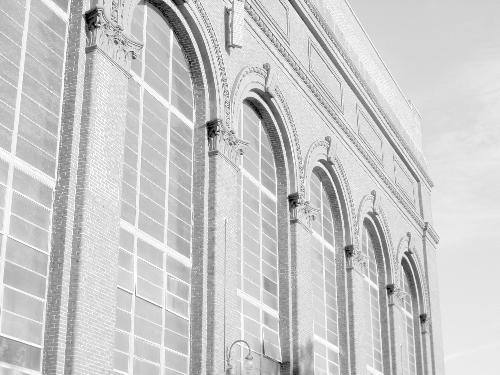 Start with an outmoded power generation plant. Hire a high-profile architect. Remove the unused equipment and renovate the interior. Add a collection of contemporary works of art. The result? The bankside Tate Modern in London—or Harvard’s new museum for contemporary art on the Charles River?

The former has been a huge success, bringing life back to a historic, but neglected, part of the city. The latter remains the pipe dream of a few (myself included). Patricia Hills, an art historian who lives around the corner from the plant, has been thinking about the artistic potential of the building since the early 1970s, when Faneuil Hall and South Street Seaport popularized the concept of adaptive reuse. Locating the museum in the plant could certainly satisfy disparate groups with disparate goals.

First, a brief history. This past summer, Harvard gave up its plans to build a contemporary art museum on the site of Mahoney’s Garden Center, which currently leases the site from the University. The project would have required an easement (see Center for Government and International Studies) under Hingham Street—a virtual impossibility given the strong opposition from local residents, one of whom promised at an early meeting, “If you build it, we’re going to bomb it.” The residents of the Riverside neighborhood have every reason to overreact, given that the Mather House and Peabody Terrace high-rises were stuck in their backyard with little consultation.

However, Riverside residents seem to think that by opposing every proposal Harvard makes, they will be able to avert the development of the site. The bottom line is that Harvard owns the land and will build something there in the future. The current proposal, graduate student housing, could very well be taller than the proposed museum but would take up less of the site. There would be view corridors through to the river, which is what residents want most. There would be park space, another desirable aspect from residents’ point of view. And more University housing would take pressure off the real estate market—also good for residents who rent.

Clearly, with graduate student housing on the site, residents have won—but so have certain factions within Harvard. There is a serious need for more graduate housing close to campus, so that these students can better utilize facilities and serve as teaching fellows. On the losing end: Harvard University Art Museums and Cambridge cultural life, which would be served by a premier museum designed by a premier architect like Renzo Piano (and may lose current museums, like the Peabody, to Allston in the future).

The solution? Move the plans for the art museum across Western Ave. into the Blackstone Energy plant purchased by Harvard not long after the original museum plans were abandoned. The plant used to produce electricity for the city but now only makes steam for Harvard’s buildings and therefore could not be decommissioned immediately. But, according to Mary Power, Harvard’s director of community relations, steam generation could potentially be relocated to another site (possibly across the river). Even if relocation proved too costly, an innovative renovation of the building might allow the space to be used for both steam generation and modern art since the current equipment only uses a fraction of the building.

By renovating the power plant, Harvard would have the opportunity to create a facility with world renown, possibly leading to increased donations of contemporary art. The museum would likely be viewed as the Tate Modern’s little brother or sister, a comparison that could result in some cooperation between the University and that institution, which would not be a bad older sibling to have.

Like the power plant used for the Tate Modern, the existing Blackstone plant is a structure with inherent beauty. On the facade, one sees architecturally significant adornments, towering windows, and decorative wrought iron work. Inside are large, uninterrupted spaces (perfect for oversize contemporary painting and sculpture), with pipes running along the walls and ceiling in an industrial—but aesthetically pleasing—manner. Even the smokestacks coming out the top are striking; the polished stainless steel often glistens in the slanting rays of sunset. A renovation could add other defining elements, such as a stylized bridge across Western Ave. that could take visitors to and from a potential underground parking lot (a la Post Office Square Park in Boston) at the Mahoney’s site.

University President Lawrence H. Summers’ support of the arts has been questioned as of late; Boston Globe art critic Christine Temin suggested that the loss of the planned museum and the departure of University Art Museums Director James Cuno within a short period of time indicated the new president was less invested in the arts than former University president Neil L. Rudenstine. By supporting the creation of a museum within the power plant, which could be linked to a park on the Mahoney’s site, Summers could silence his critics. Harvard would have its museum and Riverside would have its open space.

It’s time for Harvard to begin seriously examining the possibility of turning the Blackstone plant into a cutting-edge modern art facility. Any change will come with some expense, but the benefits of putting Harvard back on the map as a premier institution of art and patron of architecture are hard to price out. And then there’s the possibility of mending some fences with the Riverside residents who rightly haven’t forgotten about Mather and Peabody.

Zachary R. Heineman ’03 is a history and literature concentrator in Leverett House. His column appears on alternate Mondays.