From the Farm to the Podium 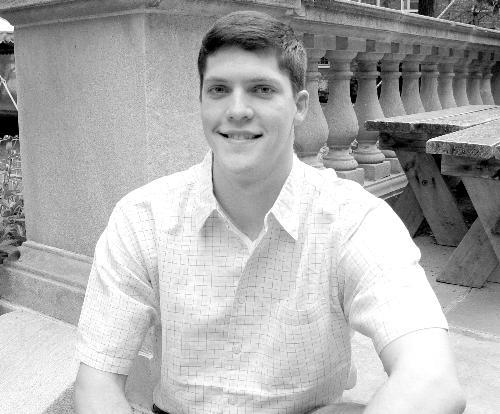 Given the opportunity to address the Commencement exercises as the 2003 English Orator, Eric C. Hart ’03 says he worked to craft a life-long message out of recent campus events.

Hart says his peers’ actions in the protests over the war in Iraq this spring and controversy over the destruction of a penis snow sculpture sparked his desire to speak about speech.

“It’s been a contentious campus on a variety of issues, everything from serious to the ludicrous,” he says. “Everyone here has their own opinions and wants to speak their mind.”

Yet rather than extolling those who protested a cause or argued against others, Hart says his speech, entitled “Respecting the Future,” will encourage students to maintain civility in future public discourse.

“This is one thing that has stuck out and has changed me a lot—presenting my own opinions in a way that treats people with respect,” he explains.

Hart says his curricular and extra-curricular experiences at Harvard have softened his manner of expression and in turn heightened his respect for the people behind the opinions.

“I’ve mellowed the way in which I express my opinions,” the government concentrator says. “That’s sort of been the result of watching people around me ream into each other in all sorts of issues.”

His feelings led him to apply to be the English Orator—whipping out the preliminary draft of his address in about five hours.

The English Oration is typically a reflection on some aspect of the Harvard experience that can assume a larger significance.

The Committee on Commencement Parts, which is charged with selecting three students—one graduate student and two College seniors—to speak at the morning Commencement exercises, asked him and the other finalists to present their proposed speeches in person.

Afterwards, Hart says, he was “thrilled” to find his name posted outside Wadsworth House as the winner of the competition.

Hart says that a perfect example of the need for civility in public debate is the controversy over last year’s English Oration by Zayed M. Yasin ’02, which was originally entitled “American Jihad.”

Yasin’s speech, later re-titled “Of Faith and Citizenship” after numerous protests, attracted national media attention. Hart says, though, that he was particularly upset by the personal attacks made against Yasin by protestors who labeled him a terrorist.

“I think that we confound opinions with human beings,” he says. “Last year’s speech was an example of that. Some of the stuff leveled at him was unfortunate.”

Hart continues, “I think everybody who heard Zayed’s speech thought it was a great speech...There was more smoke than fire.”

Elements of this controversy recurred in more recent campus debates, Hart says, as students and professors conflated individuals with their ideas on issues like the war in Iraq and several heated debates over House open e-mail lists.

“With all of these issues, I wish that students and professors would recognize the difference between polemics and people,” he says.

“This school pays a lot of lip service to freedom of speech but what good is expressing your opinion if the person on the other side of the issue demonizes you as a monster?”

As for his speech, Hart says he does not expect it to transform his fellow graduates into more civil communicators.

He says he does hope, however, that he leaves some impression on his peers, and on the ceremony.

“I have no illusions of what I will be able to do in five minutes in front of thirty thousand people,” he says. “I hope that some kernel of what I’m saying sticks.”

Hart says he remains unsure about his long-term future plans, but will return home this summer to work on his family’s farm, a summer job he had held since age 12.

Back in his hometown of Connell, Wash., his family owns a wheat farm the size of Cambridge, Allston and Brighton combined.

He says his rural upbringing has only heightened his excitement over today’s speech.

“There’s going to be ten times as many people [at Commencement] as are in my town,” he observes. “I’m grateful for the opportunity to leave some personal stamp.”

—Staff writer Jasmine J. Mahmoud can be reached at mahmoud@fas.harvard.edu.