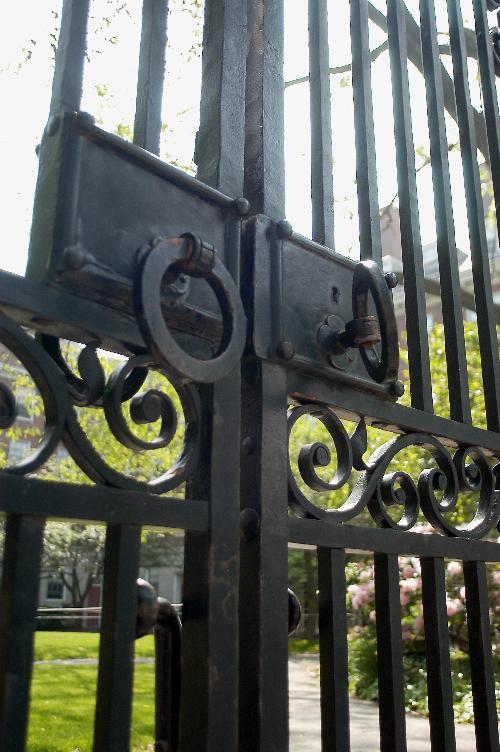 As Harvard plans its current expansion into Allston, the University has used aggressive real-estate tactics to make room for science labs and student dorms, displacing local residents in the process.

Twenty-five years ago, the setting was different but the situation the same.

Hoping to get a better return on its noneducational property holdings in Cambridge, and also acquire new land for academic purposes, the University professionalized its real estate management, often at the cost of Cambridge residents.

In the late 1970s, Cambridge was cornered by conflicting housing and budgetary pressures.

Like the rest of the country, it was recovering from the recession of the 1970s, and housing prices were just beginning their unabated climb that has continued to today. It was becoming harder and harder to find an affordable place to live in Cambridge.

Meanwhile, the city was faced with mounting deficits that made it difficult to subsidize housing for Cantabrigians.

But Harvard had financial woes of its own. Even though it was Cambridge’s largest landlord, Harvard was charging rents below market value and was losing money on its real estate holdings.

To address this problem, the University in 1978 formed Harvard Real Estate, Inc. (HRE), a non-profit company that would manage Harvard’s non-academic property holdings.

Within three years, HRE, under the stewardship of Sally Zeckhauser, had angered tenants so much that they formed the Harvard Tenants Union (HTU) to protest allegedly unfair rent increases and negligent management.

The tensions came to a head at 7 Sumner Rd., an apartment building that the Graduate School of Design bought in the 1970s with the intention of converting into offices.

The University began emptying the building by leaving apartments vacant when their tenants left. By February of 1981, the building was empty—except for two tenants whom Harvard asked the city to evict.

“People were being literally driven out of their neighborhoods by Harvard expansion,” says David Sullivan, a 1977 graduate of Harvard Law School who was elected to the City Council in 1979.

Harvard’s authority as a landlord was drawn from the Dover Amendment, a state statute that exempts non-profit educational institutions from zoning laws, which regulate the permitted uses of property.

Because the offices planned for the Sumner Street building all fell under the category of educational use, the city could not stop Harvard from driving those tenants out.

Though the city’s hands were tied, residents were vocal in their protests.

“I believe that it’s inappropriate for the Dover Amendment to apply to an institution that owned such a large percentage of real estate in the city,” says Alec Wysoker ’84, a Cambridge resident who has served on the oversight committee regulating Harvard’s expansion into the Riverside neighborhood.

Harvard also angered its neighbors by allegedly disregarding a self-imposed boundary on its development. In 1972, Harvard drew a line around the neighborhoods in which it already had educational buildings and promised not to develop outside that line.

“They said they wouldn’t cross that line, and then they did it,” Sullivan says.

In response to the growing pressure from HTU and others, the Cambridge City Council passed a resolution in 1979 allowing it to override the Dover Amendment and regulate educational landholdings in low-density residential neighborhoods. Most of the neighborhoods around Harvard fell under that description.

The University responded by appealing to the state legislature—and to history.

Harvard is mentioned by name in the Massachusetts Constitution, which promises the University “all the powers, authorities, rights, liberties, privileges, immunities and franchises, which they now have or are entitled to have, hold, use, exercise and enjoy.”

No longer protected by the Dover Amendment, Harvard cited that passage from the constitution when it asked the legislature to protect the University from Cambridge’s new controls on its development.

The legislature agreed with Harvard’s interpretation of the constitution, and Harvard was once again free to expand.

The complaints of tenants and neighbors only intensified. Sullivan decided that the city would not be able to plan and control its development while its largest property-holder had the right to disregard zoning laws.

He drafted a bill for the state Legislature repealing Harvard’s new exemption from zoning. The bill was passed by the legislature and signed into law by Massachusetts Governor Edward J. King on July 5, 1981.

The City Council was once again free to override the Dover Amendment as it applied to Harvard, a right it still enjoys today.

Since the clarification of the Dover Amendment, Harvard’s relationship with Cambridge over real-estate issues has improved, according to both Sullivan and Mary Power, Harvard’s senior director for community relations.

Sullivan says he believes the law has benefited both the University and Cambridge.

“It sort of forced Harvard to realize what their priorities were,” he says.

Recent collaborations between Harvard and Cambridge include a 1997 deal in which the University sold 100 units of its residential properties to Cambridge for affordable housing at approximately one-third of their market value, according to Power. Harvard has also provided $20 million in grants and low-interest loans for development and purchase of affordable housing.

“The University has really worked closely with Cambridge in the past few years to increase affordable housing,” Power says.

—Staff writer Virginia A. Fisher can be reached at vafisher@fas.harvard.edu.