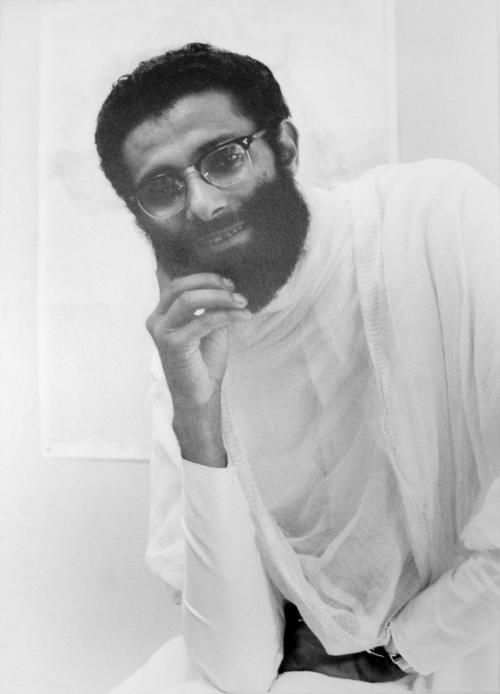 What’s in a name? For some, the switch from a department named Afro-American Studies to one entitled African and African-American Studies in 2003 simply reflected the department’s growing focus on two separate, although necessarily intertwined, fields of study.

Yet for others, this change represented a dramatic shift in a university administration that has not always been welcoming to the existence of a department focused on “black studies.” Throughout the late seventies and early eighties, the Afro-American Studies department had to fight not only to teach courses on African subjects but also simply to stay alive. For these early advocates, this name change was a long time coming.
DEPARTMENT OR COMMITTEE?

After initially denying the demands of students and faculty for the creation of an Afro-American studies concentration—instead of the creation of a committee—University administrators finally reneged on their decision on April 22, 1969 after protests by student and faculty. While this creation story is well-publicized both in Harvard history and on the Af-Am department’s Web site, what is largely obscured in the department’s history is the way these debates continued to inform the creation of the struggling department throughout the seventies and early eighties.

The experience of former Associate Professor Ephraim Isaac epitomizes this struggle. The first associate professor in the newly created Afro-American Studies department in 1969, Ethiopian-born Isaac designed some of the first core courses in the department. The courses included “Black Civilization”, “An Introduction to African Languages”, “Introductions to African Religions and Philosophies,” and “A History of Slavery.” It was understood, according to Isaac, that the courses would focus on topics not only centered around the United States but around African peoples in Africa, the Caribbean, and the rest of the world.

In 1975, Isaac was put up for tenure as a professor in Afro-American studies along with two other professors but—unlike them—he was not up for a joint appointment. The other two professors were eventually given tenure while Isaac was denied a position. According to Isaac, this reflected a desire on the part of University administrators to shift the focus of the department away from African studies.

“This was a design in a way on the part of some University leadership to demote the department to a program. You see, the original plan in the sixties was never to have a department but just to have a committee for African American studies and African studies,” Isaac recalls.

Guinier and other black faculty members and students argued that Harvard wasn’t preparing “students to live in a world where four-fifths of the people are non-white,” The Crimson reported on Feb. 12, 1979.

Isaac’s tenure denial eventually sparked protests among the black community at Harvard, who argued that the University was not firmly committed to black studies. In 1979, the Committee to Strengthen Afro-American Studies held a protest in the yard with over 500 participants.

In April of 1982, Harvard alumni got involved with the cause as well. The Alumni Committee to Support Afro-American Studies was formed, with support by the Black Students Association. The group sponsored rallies throughout the spring and used Isaac’s case as a cause celebre, arguing that Isaac should be reinstated at the University due to his stellar teaching record, the popularity of his classes, and his commitment to studying African history and culture. The group argued that the tenure denial was a political act, meant to force the department away from its “African roots.”

By the time the class of 1982 was set to graduate, the status of Afro-American studies was as precarious as ever, with no members of the Class of 1985 opting to concentrate in the department.
FROM AFRICA TO THE NEW WORLD AND BACK AGAIN

Whether Isaac’s tenure denial was based on a desire to phase out the department or as a move on the part of University administration to directly control the concentration of study for political reasons remains unclear.

Isaac sued the University after the Equal Employment Opportunity Commission granted him a “right-to-sue notice” in April 1980, and, after a nine-year battle, eventually settled the suit out of court, with Harvard agreeing to pay for his legal fees and as well as offering to give him a position as a Fellow.

By the mid-eighties, it seemed the Department of Afro-American Studies would continue to exist as a separate field of concentration at Harvard. However, as Isaac notes, by the time the survival of the department was assured, it “had already cut out all of the Africa courses—no Swahili, no African religions.”

This dearth of African studies was to remain until former Af Am Chair and Fletcher University Professor Henry Louis “Skip” Gates, Jr. and other faculty members could argue effectively for the University and FAS to consider seriously the issue of Africa in relation to the department’s pedagogical goals.

According to the current chair of Af Am, Thomas Professor of History and of African-American Studies Evelyn Higginbotham, the name change came about naturally in 2003 when Af Am faculty and the Committee of African Studies decided to bring a proposal for an African studies concentration—long in the works—before then-University President Lawrence H. Summers and the Faculty.

“We’d been asking for it because the direction that African-American studies has taken in the last 15 years or so has been a direction that is broader than just the definition of African-American as black people in the United States,” Higginbotham says, citing this larger shift in academia as well as, for the first time, a receptive University administration as the reasons for the change in the department’s name and structure.

Higginbotham is quick to point out, however, that this restructuring did not just happen overnight.

“We’ve been asking for it all along—it just wasn’t happening,” says Higginbotham.

Now, more than 30 years after Isaac taught his introductory Ethiopian language class, the African Languages Program has over 90 students and offers at least ten African languages annually. The W.E.B. Du Bois Institute for African and African American research is thriving in its new space on Mt. Auburn street, with research projects divided between African-American studies and African studies.

While these victories are clearly cause for celebration for Isaac and others who saw the department through its troubled first decades, the story of the fight for these changes still remains to be uncovered.

“The whole history of that struggle needs to be told in an appropriate fashion. People have written as though the department started overnight,” Isaac says. “But the truth of the matter is I feel victorious that what I sacrificed myself for is now right in name.”

—Staff writer Kimberly E. Gittleson can be reached at gittles@fas.harvard.edu.