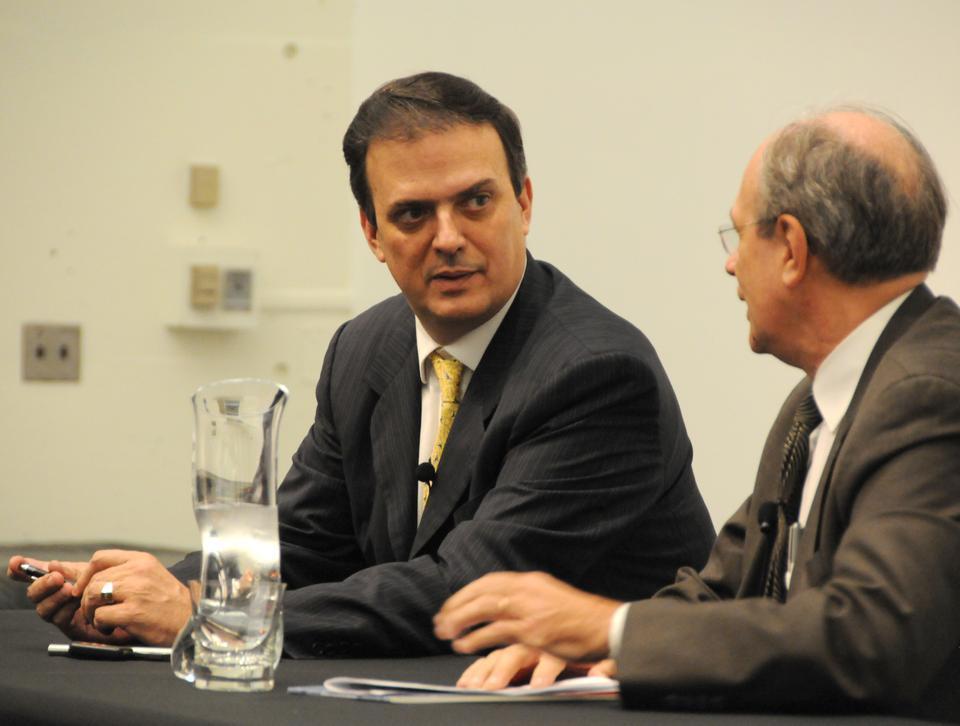 The award, given bi-annually, celebrates “an outstanding public-private partnership project that enhances environmental quality through the use of novel and creative approaches.”

This year, it was given to multiple parties involved in the funding and operation of the transit system, including Marcelo Ebrard, the Mayor of Mexico City, the World Bank, the Shell Foundation and the William and Flora Hewlett Foundation.

Ebrard gave a speech about sustainable megacities to a packed Piper Auditorium, located in the Graduate School of Design. A private award ceremony followed, which was held in the Malkin Penthouse at the Kennedy School.

Metrobús Director Guillermo Calderon attributed the success of the project to the high capacity and low emission rates of the new buses. The Metrobús fleet also has separate lanes from other vehicles on the road, which “reduces travel time by 40 percent.”

“A lot of people have come to Mexico City to learn from Metrobús to [implement] this system in other places,” he said.

Steve Knaebel, a consultant to the Metrobús project, said that the transformation brought about by the transit system is societal as well as environmental.

People who would normally drive to their destinations are now willing to take public transit because of its “speed, convenience [and] reliability,” he said.

“[It] is changing the social mix of the passengers,” he said.

The group then discussed another problem faced by cities today: densification. Nancy Kete, the Director of EMBARQ—the World Resources Institute Center for Sustainable Transport— said that as world motorization rates are increasing, the urban sprawl phenomenon is “absolutely unsustainable” and will serve to damage the environment.

Ebrard said that during this economic crisis, his main goal for the next year is to find financial resources to fund initiatives like Metrobús.

“We want to introduce new technologies, produce energy for the city, …[and] expand the public transportation system in the city,” he said.

Ebrard added that this is a global issue, which schools like Harvard should help to solve.

“Harvard is one of the most important institutions in the world,” he said. “People in the world are following discussions at [the University].”

Some students who attended the speech, including Nicole K. Carter ’13, praised Mexico City’s response to the sustainability issue.

“It’s interesting to see how megacities are dealing with new challenges for combating climate change,” she said. “It provides a good model to understand how, in the future, other cities could possibly solve these problems.”